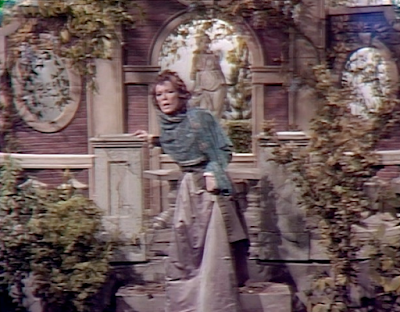 The Countess is in the garden when André duPrés joins her. She says there is someone evil in the Collins house attempting to upset the marriage of Josette and Barnabas. He asks who, and she says she doesn't know. He asks where she got her information, and she says she followed Josette when she went out late last night. She says she saw her meet with Jeremiah Collins. She heard them say they loved each other, and then saw them kiss. Andre is shocked. She says she doesn't think Josette knew what she was doing last night. He doesn't understand. She describes Josette's behavior as if she were in a trance. She's convinced a force of evil is manipulating Josette. André tells her not to say anything to anyone. He says he'll make sure what happened last night never happens again. 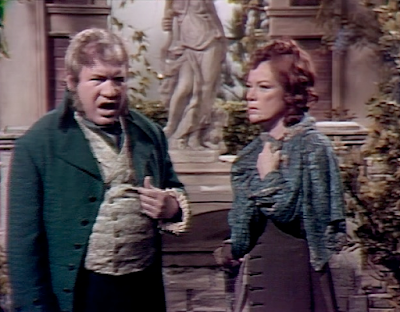 Naomi is fixing herself a drink when Jeremiah comes in. He suggests it's early in the day for drinking. She says she has nothing else to do, according to Joshua. She asks why he isn't at work, and he says he wasn't feeling well. André duPrés enters and asks to speak with Jeremiah privately. Naomi leaves them to go upstairs. 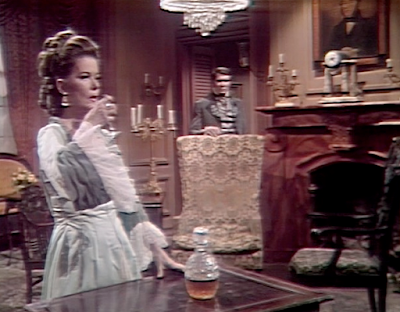 Jeremiah asks what he wants to talk about, and André says he wants to talk about he and Josette. He asks for a full explanation of what happened. Jeremiah says he can't, and André says he can take the matter to his brother. Jeremiah asks him not to, and says he doesn't know why it happened. He just found himself in the garden, waiting for Josette. He says the two of them were seen professing their love for one another, embracing and kissing. Jeremiah asks what he's going to do. André says he doesn't want to know about their tryst, but he doesn't want Josette to be involved in a scandal, and he won't let Jeremiah deprive her of happiness. He asks for Jeremiah's word that he won't get in the way of Josette and Barnabas' marriage. He swears never to be alone with Josette again. 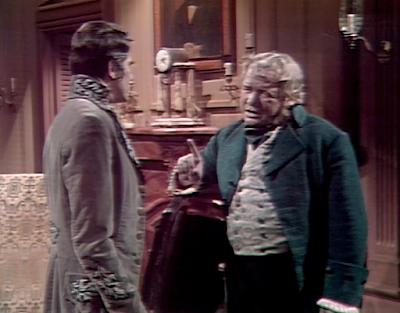 The Countess wracks her brain trying to understand why Josette and Jeremiah would say they love one another. She's convinced that someone else is pulling the strings, but she's got no idea who. She comes in from outside and sees Naomi holding her Tarot cards. She starts to deal out the cards to read them for Naomi. The countess is shocked by the layout of the cards, and suggests that it's worse than she thought. 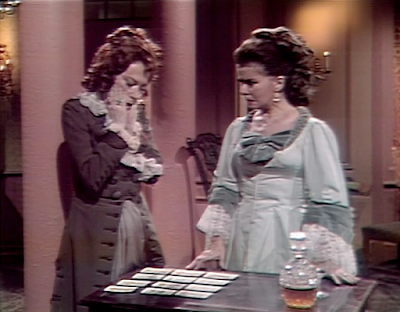 Naomi asks her to tell her what she sees in the cards. She points out that "The Lover" is inverted. 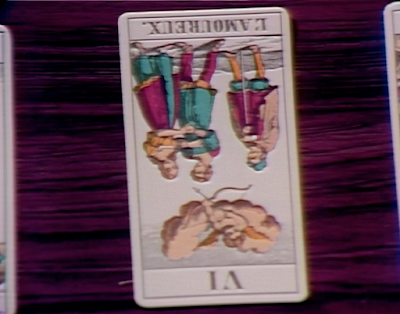 It is preceded by Death, and followed by The Chariot. 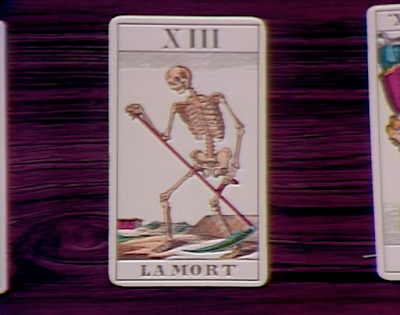 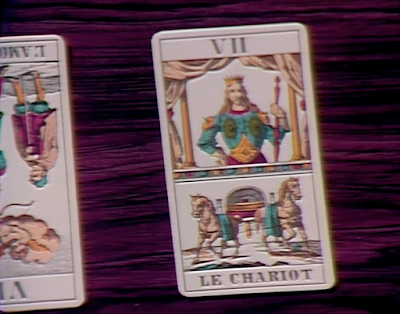 She tells Naomi there's a force of evil in the house trying to destroy the natural order of things. She asks Naomi about her governess. She asks if The Countess suspects Victoria. Naomi does admit that Vicki's arrival was under strange circumstances, and that she was wearing odd clothes. She asks the Countess if she thinks Vicki is responsible, and she replies that she does not, but it is worth thinking about. 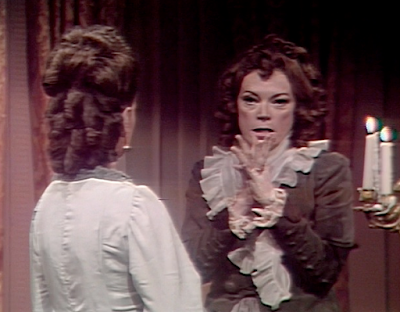 In her sleep, Naomi hears a voice calling her. She hears the Countesses voice speak of the Tarot cards. Naomi gets up and follows a floating card. She sees Jeremiah embracing a woman. There's a symbol of the devil on her hand. Jeremiah asks her to go back to her room, and she refuses. She grabs the woman's arm and it comes away in her hand! She screams. 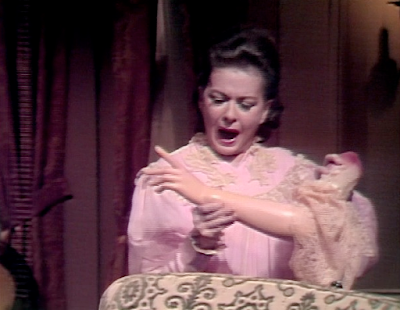 John: Good old Andre thinks he's got things under control after speaking with Jeremiah. As if it were going to be that easy to counteract Angelique's supernatural plans.

Christine: André doesn't believe in the occult, so he has no reason to believe that Jeremiah won't be able to keep his promise to never be alone with Josette again.

John: And speaking about them, isn't it a bit premature for The Countess to assume that something supernatural is at play? How is it that Angelique, who has been traveling with them, hasn't aroused anyone's suspicion. Is she only a witch in the presence of a vampire-to-be?

Christine: Angelique is a trusted servant, so she will evade suspicion as long as Vicki is around appearing more obviously the witch than her. She may not have had any reason to work spells until Barnabas spurned her in Episode 368. The Countess does not seem to know the tarot or French very well as she says "The Lover" card is inverted. The card is known as The Lovers, which is also pluralized on the card in French, L'amoureaux. Still, who doesn't love floating tarot cards? Dark Shadows is really taking a turn! 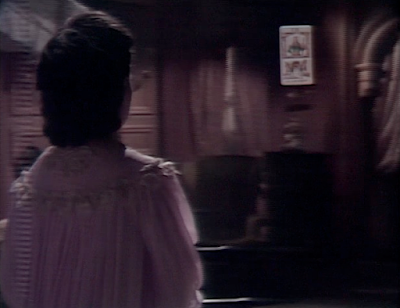 John: Sad that they couldn't do better than a standard mannequin arm for the final scene. What we saw won't go down as one of the horrific highlights of the show's run. 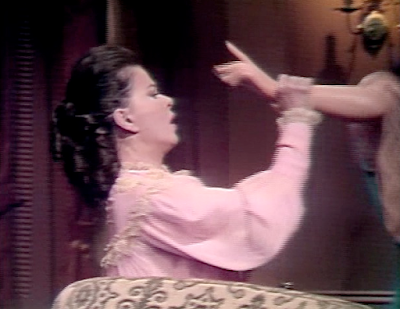 Christine: That was a fantastic moment! There have been some pretty awesome dream sequences, but the bloody mannequin arm is one of the best. I laughed and laughed, though if I were a kid in 1967, I might have found it scary enough. Incidentally, Jeremiah's dream lover is played by Dorrie Kavanaugh, who last appeared as Phyllis Wick in Episode 365. She was also featured in Maggie's dream in Episode 224 and played kidnapped Maggie in a wedding gown in Episodes 238 and 240. Today was her last appearance on Dark Shadows. 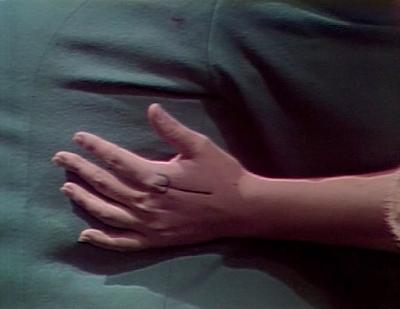