Quentin returns to Angelique's room and when he opens the door, he once again finds the empty room, but this time he sees Julia. She calls to Barnabas asking if he can hear her. She asks if he's standing in the hall in the other band of time, watching and listening to her. Julia wonders if his terrible curse has been discovered. 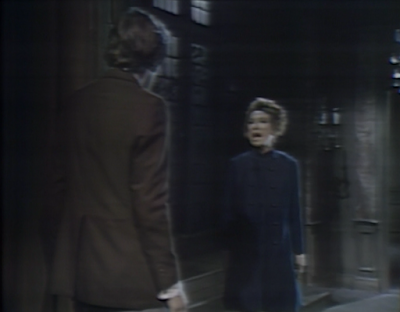 Quentin calls to her, and from behind him, Julia asks what he wants. He says it happened once before with Amy and Daniel, but she doesn't understand what he's saying. He asks her to look in Angelique's room, and she does. She goes in and it looks as she expected. He turns and goes inside. He says the room was empty a moment ago, and she was in there with Elizabeth. She tells him that it's impossible, and he says he knows it isn't possible, but it happened. He says she was talking about his ancestor Barnabas Collins. She asks about the one who Will wrote about, and he says that he thinks it was the one from now. He adds that she mentioned there was a curse on him. He recognizes how mad he must sound, and excuses himself. She asks if she can get him anything, and he says no. 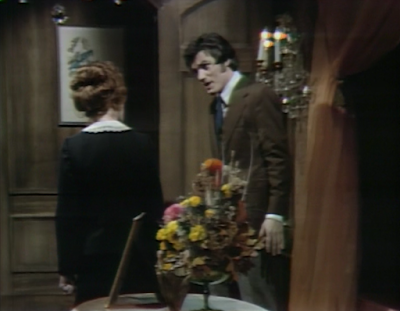 Daniel and Angelexis return to Collinwood. He empties a bag of huge seashells and starfish. He thanks her for suggesting that he add them to his collection. She says she wanted to do something with him that he used to do with his mother. She says he can likely hear the whole ocean in one of the shells, and he says not the ocean, but his mother, who used to tell him that if he listened closely he could hear her whisper sounds to him to let him know she was near. She suggests that he try it, and he does. She asks if he hears his mother's voice talking to him. He looks frightened. 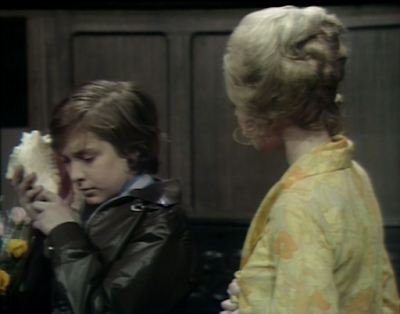 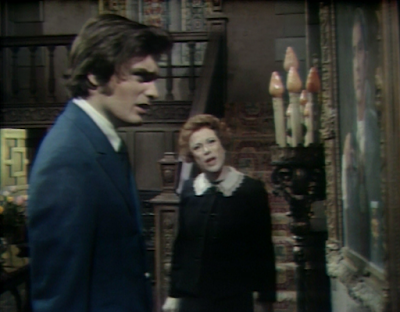 Quentin downs a drink and tells Angelexis that he's not well, and he doesn't mean physically. He tells her that he's leaving Collinwood. She asks why. He tells her what he's observed when opening the door to her room. 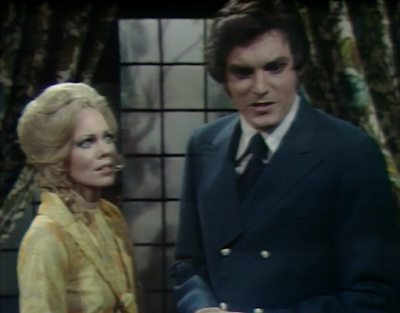 Daniel is in Angelique's room when Julia comes in. She asks what he's doing, and he says he's leaving shells for Alexis. Julia points out that it's like what he did for his mother. Daniel says that while they were on the beach... and Julia finishes his sentence, saying that he thought she was his mother. He says he knows she's not his mother and runs off as Angelexis enters. Julia tells her that he's confused. She tells Julia that Quentin says he's leaving Collinwood. Julia says it might be a good idea. Angelexis asks how they can help him if he's not there. 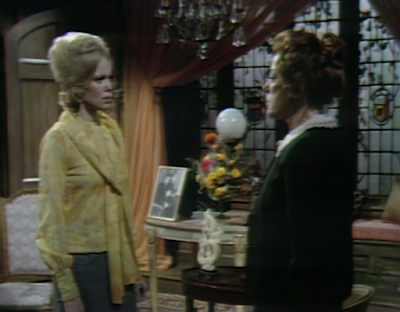 Daniel goes downstairs and as he nears the front door, he hears a heart beating. He looks up at the portrait of Barnabas, and says, "Yes, I hear you. I will follow. I will find..." 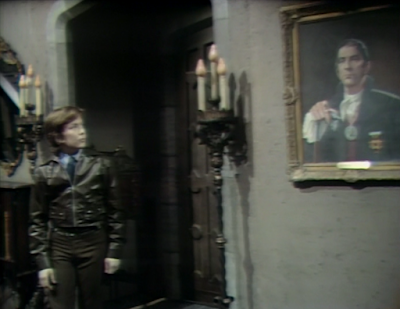 Daniel arrives at the old house, and calls for his cousins Will and Carolyn. He can't remember why he came there. He sees a page on a cart, and thinking it's part of Will's book, begins to read it. 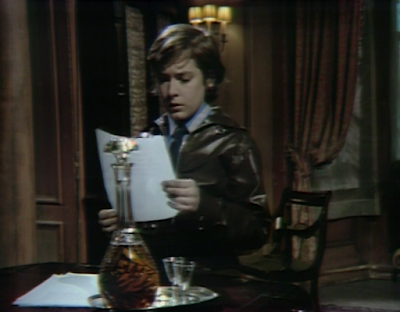 For long enough the world has lived in ignorance of the terrible truth...and perhaps it was just as well.  How many would have come in search of the locked door, not suspecting that if it had opened to their touch, a fate awaited them so devastating that...

Daniel remembers why he came. He says, "Follow. Find."

Angelique can't understand why Julia wasn't able to convince Quentin to see Will. She wants to convince him that the nonsense about her room is just his imagination. She opens the door to her room and is shocked to find it empty, realizing that Quentin didn't imagine it. She sees Julia and calls to her, but she doesn't respond. She realizes that Quentin isn't losing his mind, and calls to him. 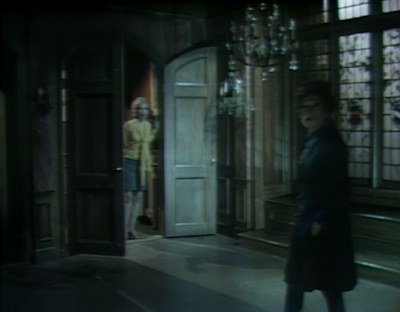 Daniel says he's trying to follow, trying to find, as he hears the heartbeat. He thinks beyond locked door. He finds a locked door and decides to break it. He grabs a fireplace poker and as he goes to swing it, Quentin comes in and calls his name. Daniel collapses to the floor. 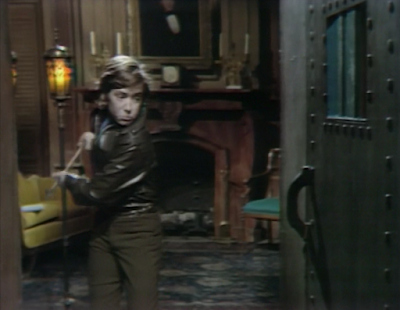 Angelixis asks Julia if she has seen Quentin. She says she saw the room with her in it, just like Quentin had described. She says he didn't just imagine it. She tells Julia that she just said one word, "Barnabas." They hear the front door. 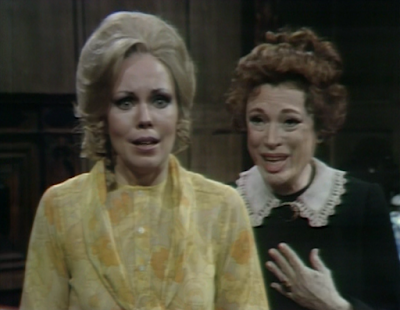 As they return to Collinwood, Daniel says the last thing he remembers was staring at the portrait of Barnabas. Quentin tells Angelique that Daniel is alright. Daniel looks up and sees Barnabas' portrait is missing. Julia explains that she had Trask take it down. Quentin sends Daniel up to his room and tells him to forget all about it. He goes upstairs, and Angelexis asks Quentin what Daniel was doing at the old house. Quentin says it has something to do with Barnabas, and Angelexis asks if it could be the same Barnabas that Julia mentioned in the empty room. He realizes that she saw it, too. Quentin says there's only one person who can explain things—Barnabas Collins. He says he's been dead for over a century, but he's talking to him tonight. He says that he, Alexis and Julia will hold a seance tonight and meet up with Barnabas Collins. 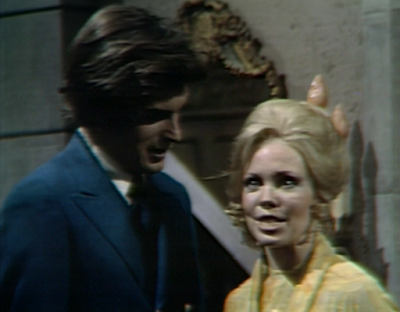 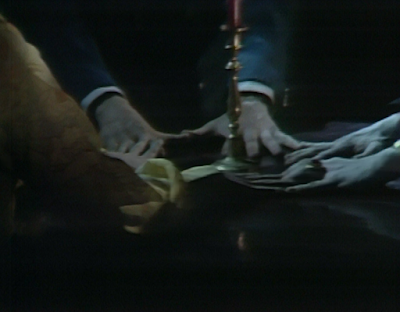 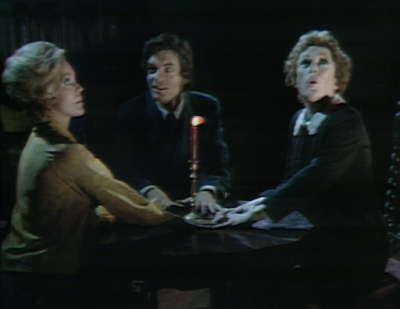 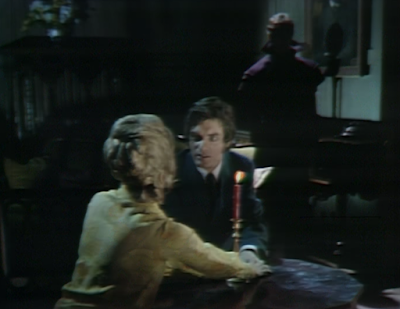 John: Does anyone really believe Daniel found those huge shells on the beach? I bet Angelique bought them for him at a store in Collinsport. Surprised they didn't still have price tags on them!

Christine: Upon close examination of the portrait of Barnabas Collins in today's episode, it is quite clear that the portrait of him in parallel time is not the original portrait. According to the Dark Shadows Wiki, the original portrait went missing from the television studio during filming of House of Dark Shadows. What a sad piece of news. Surely it must have been stolen. I can't imagine what else could have happened to it. What surprises me is that there is not more information documenting this loss, and the mystery surrounding it. The portrait of Barnabas has been integral to the show, and its noticeable change feels as jarring as it would if Jonathan Frid himself had been replaced by a lookalike.


John: Since when is the locked basement door so close to the front door in the old house? Could the return of Barnabas be imminent? The return of his co-stars from House of Dark Shadows seems like a good sign that he too may soon be back, and we'll be free of these daily chained-coffin teasers.

Christine: I don't know if it's been changed or if it's just the angle. All signs point to Barnabas returning soon. It will certainly be nice to have him back. Maybe he'll ask what happened to his portrait.

John: Break out the seance tracker! Who'd have thought we'd get a quick and dirty last-minute seance. Odd that Julia would break the circle... So I wonder who the mysterious stand-in is. I highly doubt that it will turn out to be Barnabas. I have to believe that they'll save his return for a grand re-opening of his coffin!

Christine: Odd that Julia would sound so much like Dr. Hoffman while screaming and running off. Barnabas died in parallel time, so perhaps it is parallel Barnabas' ghost. Can his ghost exist while his parallel body lives in the same time? Will the existence of both create a rift in the space time continuum that will bring about all manner of cataclysmic events? 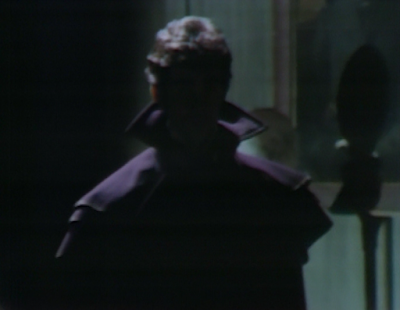 Second Down for the Count:
Barnabas was chained in his coffin 26 episodes ago. 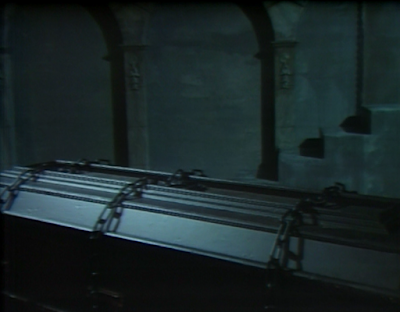 Episode 1008: Quentin conducts; Hoffman and Angelique as Alexis participate; after hearing spacey sounds, Hoffman freaks out and runs off, breaking the circle, and an entity appears in the room; held in the parallel drawing room in 1970
Posted by John Scoleri at 6:00 AM