Barnabas waxes poetic about Josette. Will asks why he didn't make her a vampire. Barnabas says he hates admitting that he tried, but fate has always been cruel to him, and it was against him, just as it was the night Will found him. He sneaks up on Will and grabs his throat. Baring his fangs, he knocks Will down and tells him that he will no longer bow to fate. 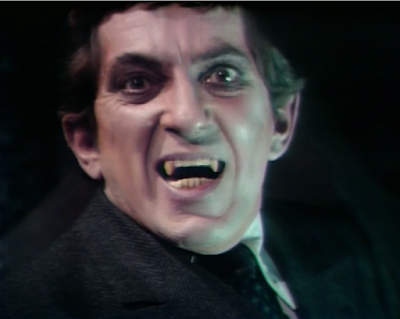 Will wakes with bite marks on his neck. Barnabas says he'll let him go, but first they will have a talk. He asks why Will did what he did. He says he just wanted to tell the truth about Barnabas Collins. Barnabas says that his time band's Barnabas is in his grave. Will says he won't tell anyone about him, and asks what he plans to do with him. Barnabas points out that he must do his bidding, as he has heard him speak about as he told him his story for the book. Barnabas tells Will he is to burn all the materials prepared for the book, and Will refuses. Barnabas reminds him that he will do precisely as he's told. Will agrees. Barnabas tells him that they will burn the book together. 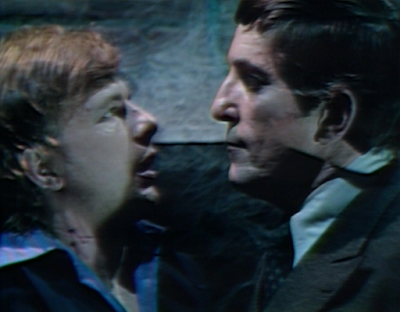 Alexis asks Quentin if he has made a decision. He says nothing. She asks for permission to talk to Will. He remains silent. She adds that he has to tell them everything he knows about Barnabas Collins. He gets up, throws his drink into the fireplace, and tells her he's going to the Loomis house and will force him to answer his questions. 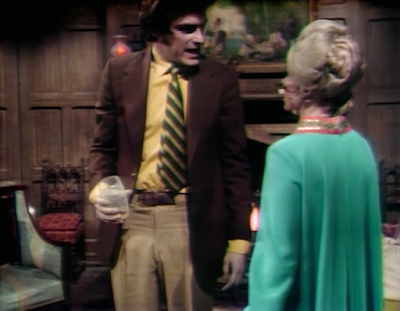 Barnabas watches as Will throws the last of his papers into the fire. There's a knock at the door. It's Quentin demanding to be let in. Barnabas tells him not to mention him, and hides. 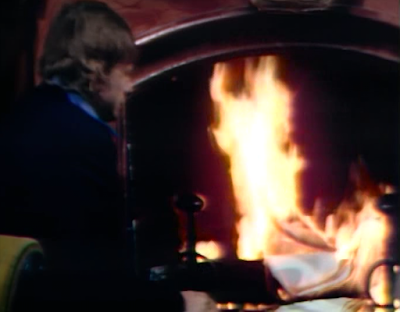 Quentin comes in and tells him that he'll answer his questions this time. He asks him what he knows about Barnabas, and the effect his portrait had on the kids. Quentin asks him about strange people in an empty room, talking about Barnabas and his curse. 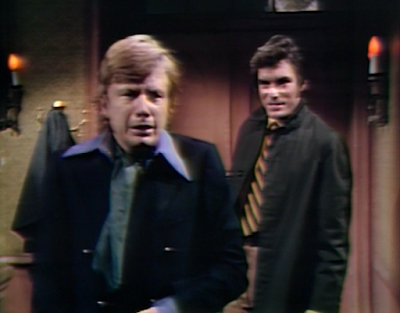 Barnabas steps in and says he'd like to hear more about it, because his name is Barnabas Collins as well. He introduces himself to Quentin, saying he's a descendant of the man Will wrote a book about. Quentin asks why they haven't met before. Barnabas spins a yarn of an ancestor who didn't die as they had read. He says once he amassed a fortune of his own, he decided to renew the ties to the family. He asks Quentin if they are cousins. Quentin introduces himself. Barnabas asks if he's welcome to stay, and asks Quentin about Barnabas and the curse he mentioned. Barnabas asks to see the empty room Quentin mentioned. Quentin says he can't guarantee what he'll find, but he is welcome. He offers to come by in an hour, and when Quentin suggests the next morning, Barnabas makes an excuse that prevents him from being available. Barnabas says he assumes there are more cousins to meet, and he'd like to do so right away. Barnabas adds that Will showed him some pages of his new novel before burning them. 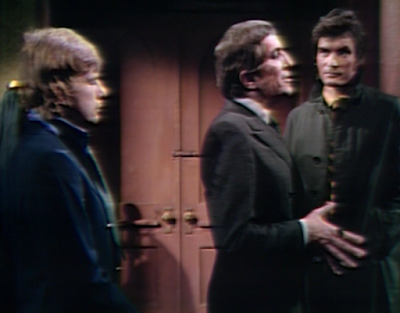 Quentin leaves, and Barnabas says the room in Collinwood is one of his hopes of returning to his own time. He tells Will he wants him to take him to Barnabas' grave.

Roger tells Angelexis he doesn't know what to make of her request. He tells her that he was devoted to Angelique, but seance or no, he's convinced that she was not murdered, and he'd like to persuade her the same thing. She tells him to forget she made the request. Quentin comes in and she asks what Will said. He says he didn't need to say anything, as Barnabas Collins was there himself, and they'll meet him tonight. 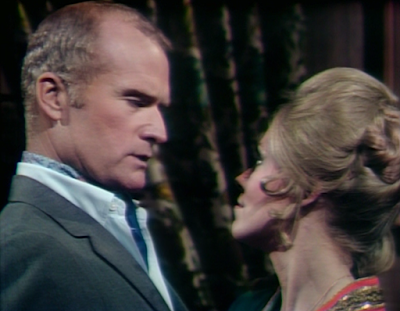 Will and Barnabas arrive at Barnabas' grave. He picks up a handful of dirt, and begs for the help of a friendly spirit. He says he doesn't wish for his curse to impact anyone there. A ghost appears, and Barnabas begs him to speak. Barnabas recognizes his father and calls him such. Joshua's ghost says he is no son of his. 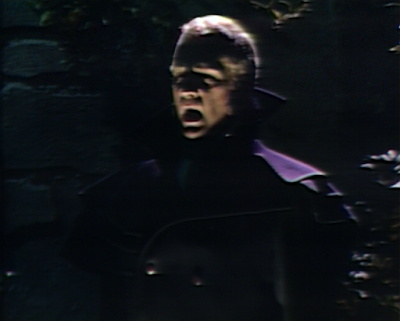 Barnabas refers to him as Joshua, who says he protects his family, both the living and the dead. Barnabas says he's trapped in a world not his own. Joshua says he only knows that evil is in this place. Barnabas says his name, and adds that Joshua is his father. Joshua tells him to leave, and disappears. Barnabas tells Will that there is only one place left—that room—and leaves. 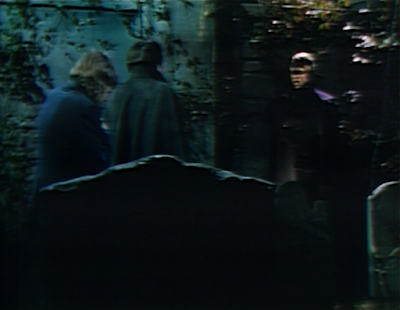 Julia tells Quentin that Barnabas is a fraud. She asks if the resemblance is truly extraordinary. Barnabas comes in and Angelexis is shocked to see him. He asks to see the room, and Quentin escorts him upstairs. Julia admits that he looks just like the portrait. Angelexis asks if he looks like a man under a curse. 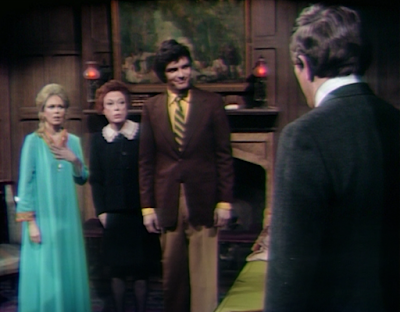 Quentin explains that the room used to be his wife Angelique's room, and explains that her twin sister Alexis is now staying there. He opens the door and they see Julia inside. She says it can't be hopeless, and that Barnabas will eventually hear her. 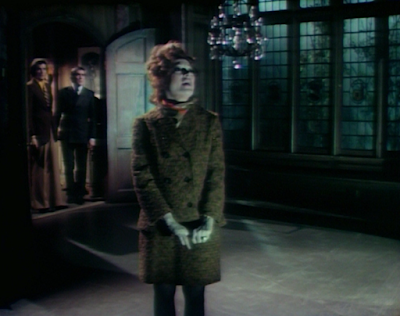 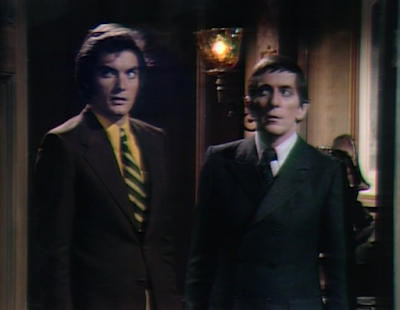 John: I'm sure biography writers everywhere cringed when Barnabas claimed that all Will did was write down what Barnabas told him. Give the guy some credit. He already did a full biography with no direct sources!

Christine: Surely he had to have taken creative license with Barnabas' words, or that book never would have sold. It was kind of funny that Will started choking before Barnabas could tighten the cord around his neck today. 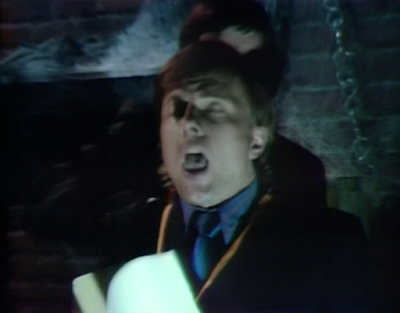 John: So unlike our Barnabas, parallel-time Barnabas had several kids! Who do you think their mother was? If Barnabas read Will's bio on him, he'd clearly know.

Christine: According to what we heard from Barnabas' reading of William H. Loomis' original novel in Episode 972, he was grieved by his wife, Josette, when he died in 1830, so it's fair to assume that Josette was the mother of his children. Can we also assume that he was not afflicted by a vampire curse at the time of his death? Did Angelique survive the centuries without ever crossing his path? What is interesting is that Barnabas' gravestone is the same design as Jeremiah Collins' marker in the original time band. Perhaps it suggests that without the interference of Angelique, Jeremiah Collins did not die in a duel with Barnabas, and possibly outlived him. 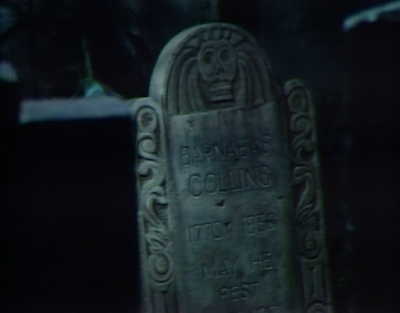 John: Nice to see Quentin and Barnabas back together again! But I can't lie, I'm disappointed that we've probably seen our last vampire vs. werewolf showdown.

Christine: Just because we won't see it in parallel time doesn't mean it's been ruled out when we return to original time. I have to wonder about the inherent problems that can be caused by parallel personalities coexisting in a given time band. I also wonder if Barnabas will be able to cross back into his own time period, and if he'll dare to do so while Quentin is there to see him do it.
Posted by John Scoleri at 6:00 AM