Maggie shows up on the dock, and Yaeger  explains that he's the man who called her. He tells her that he's her friend, and says he finds her inescapably charming. She starts to leave and he adds that her husband was seen choking his wife during the first seance. He also says that he's doing her a big favor giving her this information, and asks her to do him a favor, too. He grabs her and places his hand over her mouth. She struggles but cannot get away from him. He licks his lips and she calls for help. Buffie shows up and tells him to stop, or she'll call the police. He tells her to go ahead. He says Maggie will love explaining what she was doing meeting a stranger on a deserted street. Buffie tells him to leave them both alone. He says he can't wait for a second encounter with Mrs. Collins, and that she'll look forward to seeing him again. He bows to Maggie before sauntering off. 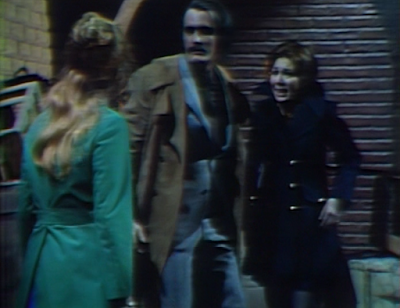 Yaeger returns to the lab, excited to have touched Maggie with his hands, and fondling his lips and tongue, anticipates touching Maggie with his lips, too. And no one, not even Quentin, will stand in his way. There's a knock at the door, and he assumes it's the police. He yells that he's coming, and quickly opens the safe and drinks the potion. 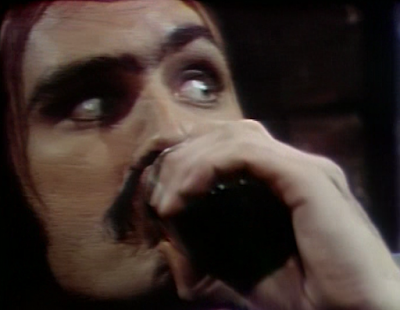 Cyrus hangs the picture over the safe and goes upstairs to answer the door. It's Maggie. She apologizes for coming by unannounced. She explains that Yaeger called her, and knew something about the seances, and she agreed to meet him. She asks Cyrus if he's really a friend of his, and she says he's the only one who can help her. He has to get rid of Yaeger. She says that if Buffie hadn't heard her screams, she doesn't know what he might have done to her. He gives her his solemn word that she'll never see Yaeger again. She says she trusts him—almost more than anyone she knows. She thanks him, and leaves. Once alone, he thinks of what Yaeger would do... 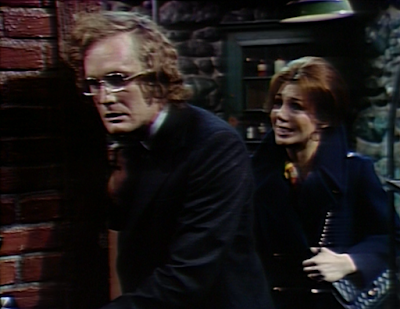 Cyrus pours a glass of potion, and raises it to his lips. He stops himself, thinking that he can't let Yaeger hurt her. 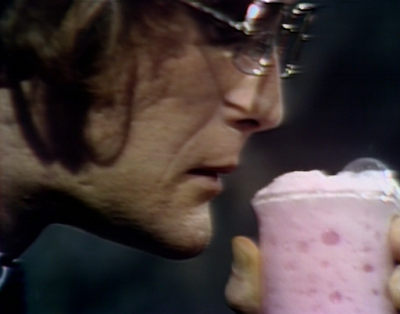 He then thinks that he wants to be Yaeger, and what Yaeger does, Cyrus does. He bashes a mirror, and says he has to destroy Yaeger forever. 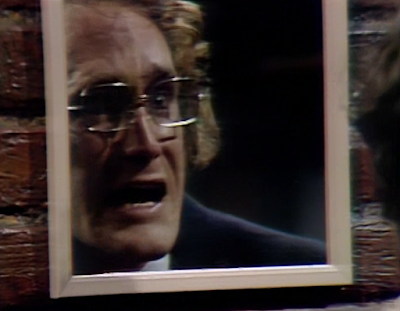 He begins breaking his vials, beakers and test tubes. He takes his notebook and pours gasoline on it before dropping a lit match on it. He watches his notes burn, saying Yaeger is destroyed forever. 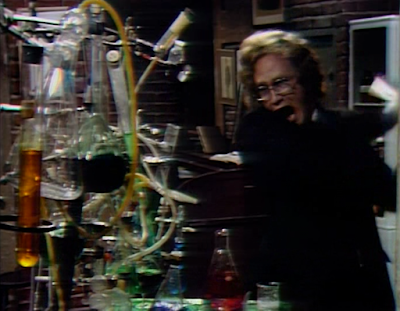 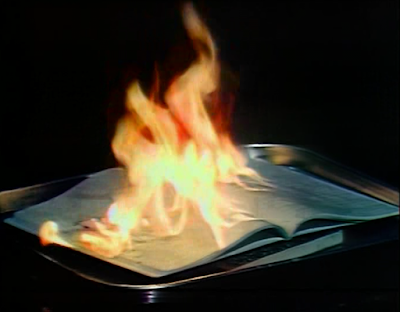 Maggie arrives at Collinwood and Roger intercepts her to talk about the costume ball. He says it's in questionable taste due to the traditional association. She says she's not interested in the costume ball, and asks about Quentin. Roger says that he's out. She asks if it seemed to have something to do with her. He treats her rudely and walks out on her. 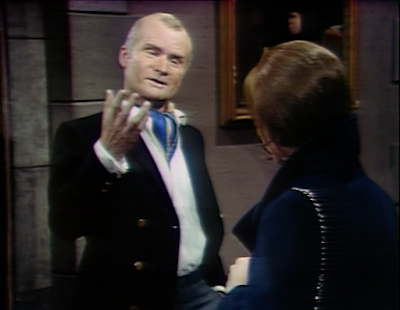 Angelexis comes downstairs and asks if there's anything she can do. Maggie asks her to join her in the drawing room. She asks if Angelique wrote her often. Angelexis says she wrote to her from time to time. Maggie asks if she ever mentioned him as being brooding, and Angelexis goes into detail about how great her sister and Quentin's relationship was. When Maggie leaves, Angelique says she will learn more about her precious Quentin tonight. 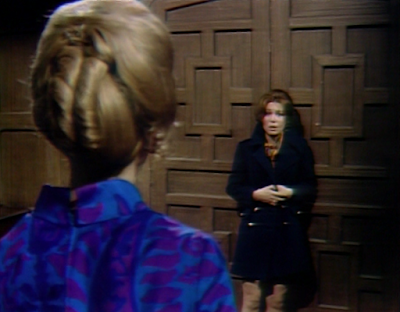 Angelexis finds Roger in the drawing room, and he says she reminded him of her sister in the dim lights. Maggie comes in and asks if Quentin is back. Roger says that sometimes a man likes to be alone with his memories. He adds that today is his and Angelique's anniversary. Angelexis tells Roger that he's cruel. Roger says he was just answering Maggie's question, and bids the ladies goodnight. Angelexis tells Maggie to try and get some sleep. She sends her upstairs, and says that while Roger was sarcastic, she really means it, offering her pleasant dreams. 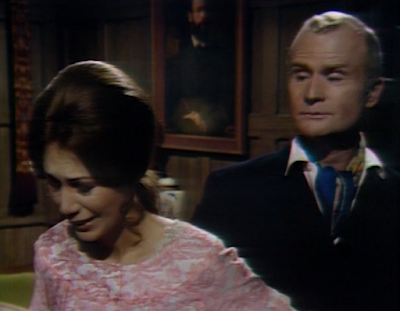 Angelique looks into the fireplace and tells Maggie to sleep, and hear her voice, and obey her. She promises to lead her to the secret of Quentin's life. 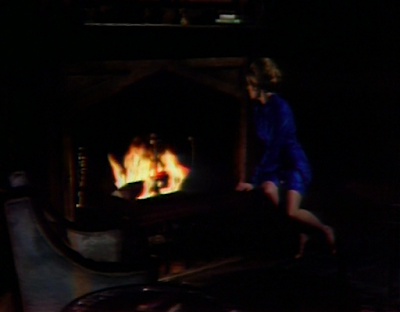 Maggie dreams, and gets out of bed as commanded by Angelique. She is summoned to Angelique's room, and told the table holds the secret. She is led to press a button which opens a secret panel. Angelique tells her that the secret lies inside. When Maggie wakes, she says it was only a dream, but makes her way out of her room. 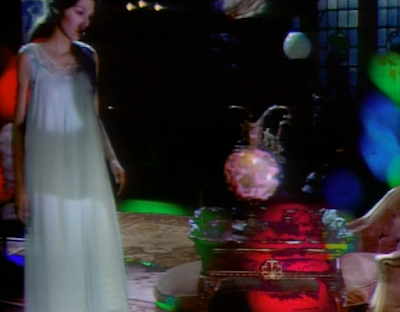 Angelexis sits by the fire, smiling.

Maggie comes into Angelique's room and approaches the desk from her dream. She finds the button that opens the secret panel and presses it. Inside, she finds a bundle of letters. 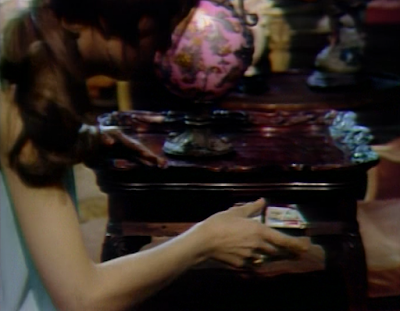 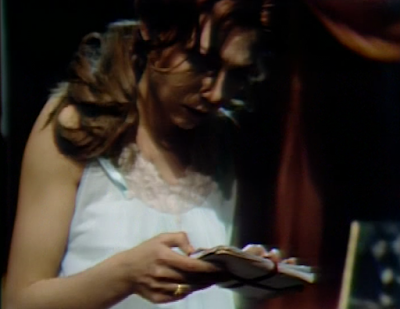 John: Yaeger's hands were filthy when he was molesting Maggie, but when he gets back to the lab, they're clean. I initially thought it was a continuity error, until they showed him licking his fingers... so I realized that must be how he cleaned them. Gross!

Christine: I don't know how much more of this I can take! 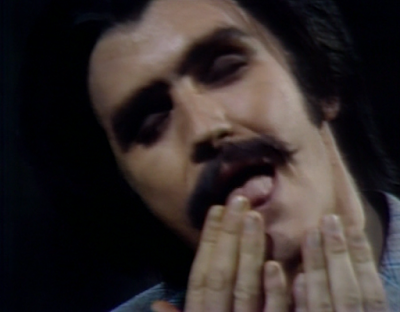 John: Funny that Angelique didn't notice when Maggie actually called her by that name... If Maggie had only realized when she made the mistake!

Christine: I didn't catch that either. It doesn't seem like we'll be having any more mad scientist labs in the near future with the way Longworth went about demolishing his glassware. Hopefully Dr. Hoffman will not need that equipment in the other time band to help cure Barnabas again. 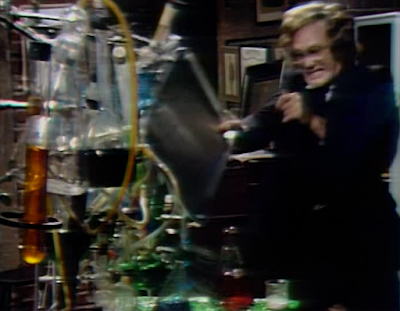 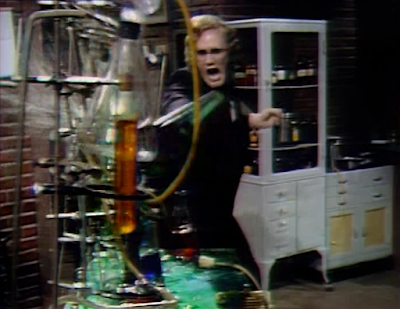 John: Today's dream sequence lights seemed like a Christmas arrangement. Sadly, the current dream sequences pale in comparison to what they once were...

Christine: We are certainly not in the days of Angelique's dream curse anymore. David's dream in Episode 320 is one of my favorites. 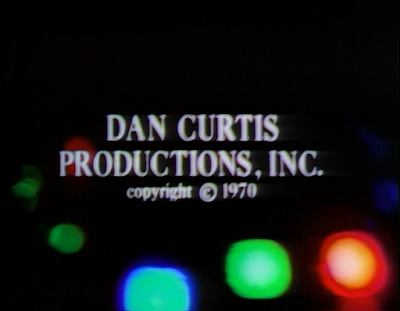