Angelique comes downstairs wrapped in a shawl, calling for Julia. She runs into the drawing room and sits by the fire. Julia comes in, and Angelique tells her that she must have warmth to survive. She asks Julia to find someone to give her their warmth. She says if she goes back to her tomb, she'll never re-awaken. Angelique tells Julia that if she doesn't come back with someone, she will be the next victim. The front door begins to open, and Angelique wonders who it will be. The door swings open, and Larry Chase, Quentin's attorney, walks in. 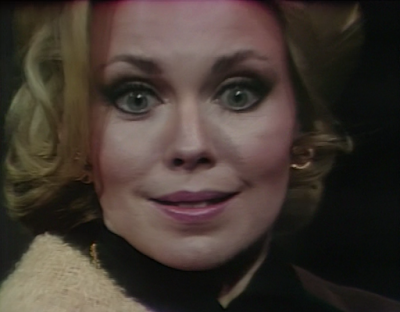 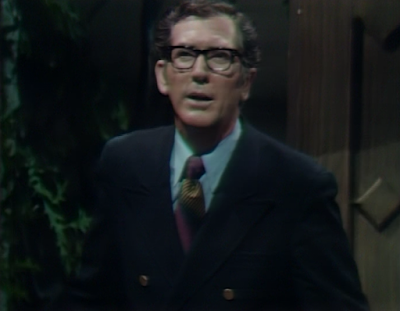 He sees Angelique and asks her if something's wrong. She tells him that she's cold and afraid. She asks him to stay with her for a while. She asks if his wife is expecting him, and he explains that he's the last of the bachelors. She asks him to hold her, and he asks if she's sure no one is there. She tells him to hold her, and he says he has wanted to do this since he first met her. They kiss passionately. 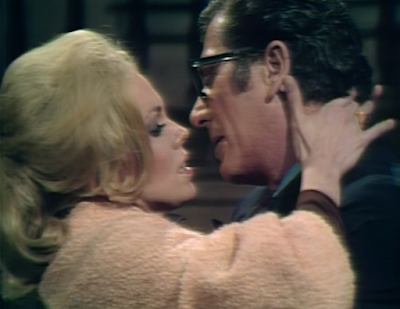 Will arrives at Collinwood to find Angelique screaming, "He's dead!" He sees Chase's body lying in the foyer. She says he just fell over, and Will says it's like he's been dead for hours. He says he'll call Cyrus. He tells Angelexis to remain calm. 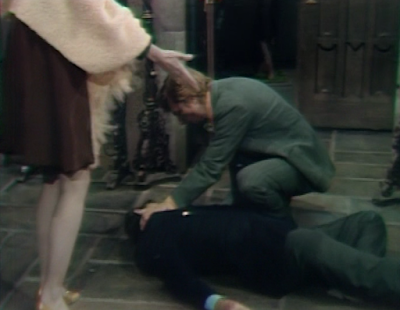 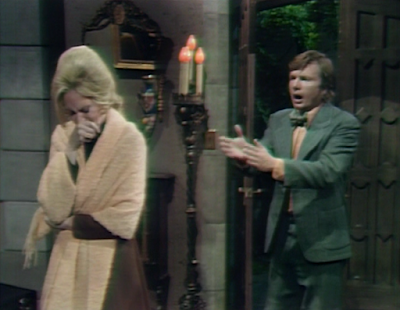 Cyrus removes the map that covers his safe, and opens the combination. He takes out a jar of his potion, and he wonders if he misses John Yaeger so much. His phone rings, and he picks it up. It's Will, asking him to come to Collinwood. Will tells him that Chase had some kind of attack and is dead. Cyrus says he'll be right over. He puts the potion away and locks the safe, saying that he was just saved. 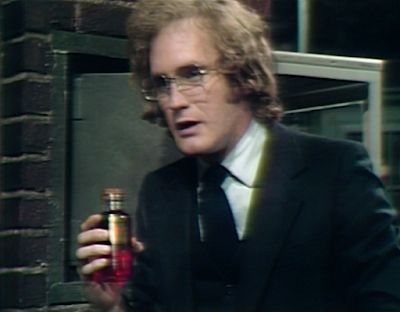 Will covers the body of Chase, which is lying on a couch in the drawing room. He and Barnabas leave the room, and Barnabas says that they should notify the police. Angelexis agrees with him. He says death has a curious affinity for the house. She asks him why he looked at her as he said that. He explains he was just thinking of the strange mysteries around here, and she adds that he is one of those mysteries. Cyrus arrives, and Will offers to take him to the body. Angelexis stops him, and says Cyrus will have a lot of questions for her. They go into the drawing room, and Will asks what Barnabas is doing at the house. He says he's there to visit, and reminds Will that he's not in charge of him any longer. Barnabas tells Will to meet him at the secret room just before dawn, and he leaves. 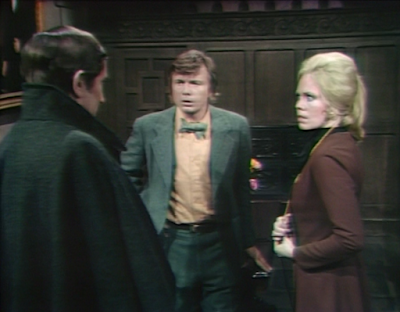 Outside, Barnabas realizes that he must find someone tonight to stop him from thinking of Maggie. 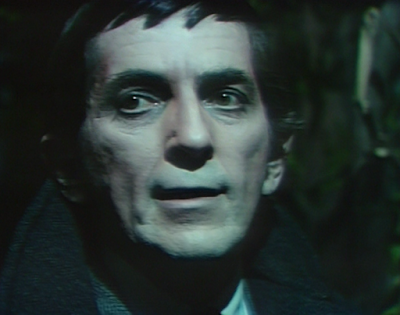 Cyrus says that he'll follow the ambulance to the morgue for the autopsy. Angelexis asks if that's necessary, and Cyrus tells her that it's common in cases like this. He asks her again about the timing of Chase's death, noting it's uncommon for rigor mortis to set in so quickly. He tells her that he'll be back shortly to bring her something to help her rest. She asks if he'll be performing the autopsy, and he says he won't. Before leaving, he asks Will to stay with Angelexis. 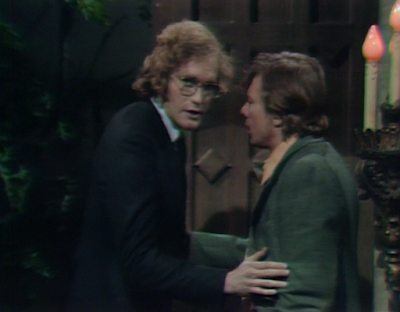 He offers to fix her a drink. She asks if he knows Barnabas well. He says Barnabas read his book about his ancestor. She asks what he thinks about Barnabas. She says Barnabas looks at them all like he knows secret information about them. She points out that Will seems very nervous. 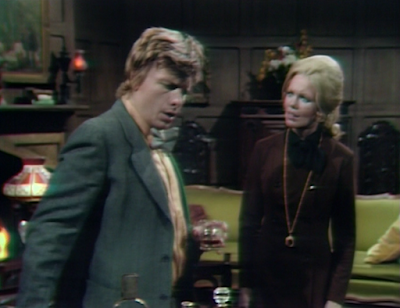 Barnabas is at the Eagle. He asks Buffie to join him. She sits down with him and he introduces himself. She says she thought she knew all of the Collins', and asks where he came from. He says South America. He starts to tell her about his belief about different bands of time. He says that perhaps in another time band, she left Collinwood and is living the life she wants. 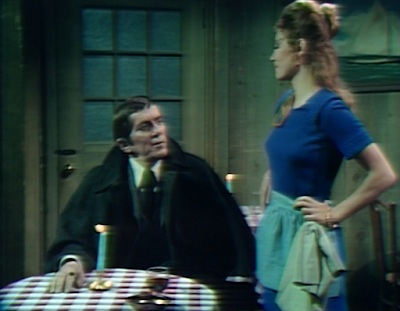 Cyrus comes in, and Barnabas invite him to join them. Cyrus says he just got back from the morgue, and he wanted to ask Buffie if she had seen John Yaeger. She says that he told her John wouldn't be coming back again. Cyrus offers Barnabas a lift back to Collinwood, but he declines. Buffie asks if Barnabas knows why Cyrus came in, and he says to see her, because she's a very pretty girl. She says if he keeps telling her that, she might begin to believe it. He asks if she's closing soon, and she says in about an hour. He asks if he can take her home, and she says she thinks that will be nice. He tells her that he'll be back. 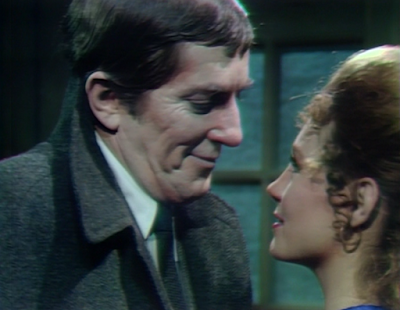 Angelique asks when Cyrus expects to have the results of the autopsy, and he says by the morning. He digs two loose pills out of the bottom of his medical bag and gives them to Angelexis. He says she'll get some rest out of them. Will tells her that a drink with him would have done the same. Angelexis tells Cyrus that she'll call him in the morning and then heads upstairs to bed. 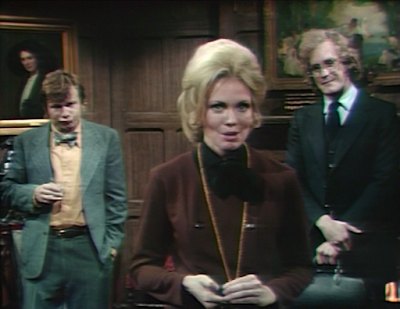 Will asks Cyrus to join him for a drink, and when he declines, Will goes on to say that it used to be this time of night, everyone would mosey on down to the Eagle. Cyrus says he won't find much company there—just his friend Barnabas Collins. That sobers Will up. Cyrus adds that he was alone with the waitress, and Will storms out. 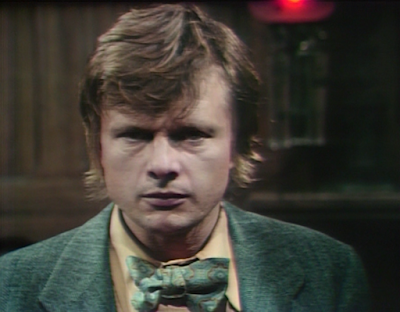 Buffie blows out candles to close up for the night when Will enters. He asks her where Barnabas is, and she says he'll be back. Will asks how she knows, and she says he's taking her home for the night. He tells her no, and she asks him what's wrong. Barnabas appears, also asking him what is wrong. Will says he was going to offer to take Barnabas home, and Barnabas says that won't be necessary. Will leaves without even ordering a drink. Buffie finishes closing up, and invites Barnabas to come with her. 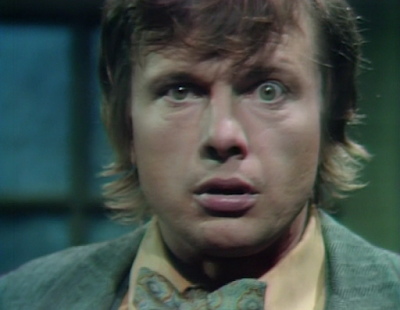 Will goes to Cyrus' lab, where he drinks. He says they once talked about good and evil, and how he accused Cyrus of not knowing of evil. Cyrus says he was wrong, and Will mentions Cyrus' friend Yaeger. He asks Cyrus if Yaeger ever mentioned Will to him. He says he did not. Will asks where he is now, and Cyrus says he's waiting. Will tells Cyrus that he should do whatever he wants for once, and Cyrus agrees, saying that he will. 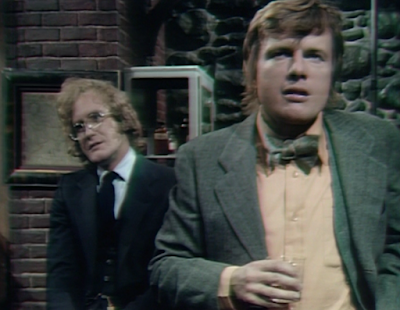 Buffie takes Barnabas back to her apartment. He compliments her on the painting on the wall. She says that someone gave it to her, and when she thinks about him, she doesn't like it so much. She offers him a drink and he declines. She says it's like his eyes can see through her. He leans in to bite her neck, and she screams. He drops her body to the floor, and Cyrus bursts into the room. 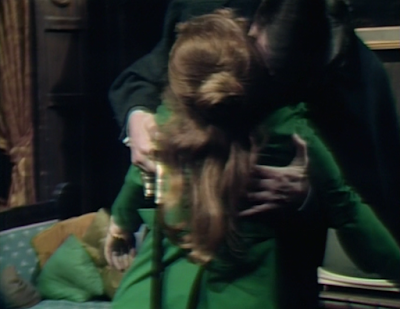 John: I am beginning to wonder if men telling Angelique that they've always wanted to hold her is the result of her mesmerizing them, or if it's just the case that every man in Collinwood has dreamt of snuggling up against her since they first met her?

Christine: I wonder that too. This uptight lawyer was either bewitched by Angelique, or he has always been a smooth talking, self-proclaimed proud bachelor, out to score with the ladies, and this is the first chance we've been able to see him express his true wild side. I have to think her fishing for his marital status had to do more with the ability to draw him in rather than any sense of propriety.

John: Sometimes it pays to have captions enabled. When Will asks Barnabas why he came to the house, Barnabas replies, "To visit, of course." The subtitle for his dialogue reads, "To visit the corpse." I hope the chilled corpse of Larry Chase appreciates his thoughtfulness! 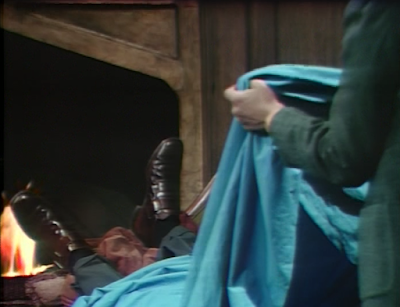 Christine: I'm not sure the caption was incorrect. I was hoping Barnabas might try to satisfy his "lust" with Angelique, just to find out what would happen for undead to feed on undead.

John: What the hell was that goofy monster picture on the right side of Buffie's mantle? 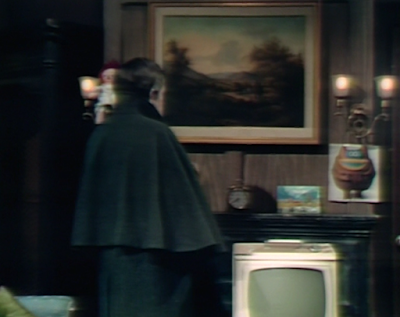 Christine: I think it was to demonstrate that she has an affinity for monsters. It does look like something David/Daniel would have in his room. So, Cyrus rushes over to put the make on Buffie, only to find out that Barnabas beat him to it. It will be interesting to see what happens on Monday. I'd just like to point out that this is the first time a TV has been seen on the show, and it seems oddly out of place. 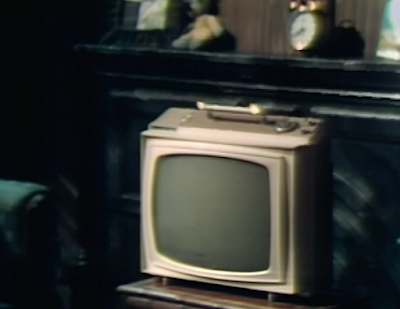