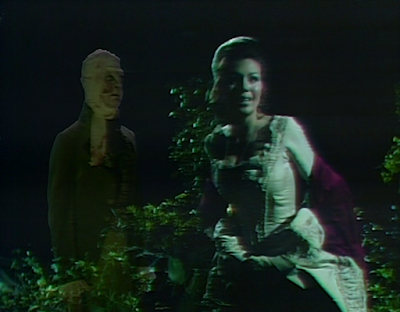 In the woods, Kitty says she has come to see 'him' one more time. She asks him to come to her. A bandage wrapped ghost appears—Jeremiah Collins! She screams. He approaches her, and tells her that she must leave Collinwood and never return. He says that if she stays, he will kill her. She asks who he means, but he just reiterates that she needs to go before it's too late. Kitty suddenly wonders what she's doing in the woods. 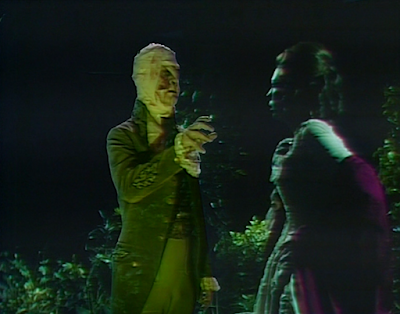 Count Quentin arrives and mentions that he also saw the apparition. He asks her what she's doing, and why she's wearing the dress. She mentions the note on her dresser. He asks about the apparition. He tells her that as she left the house, she said 'he' would be waiting for her. He offers to escort her back to Collinwood. 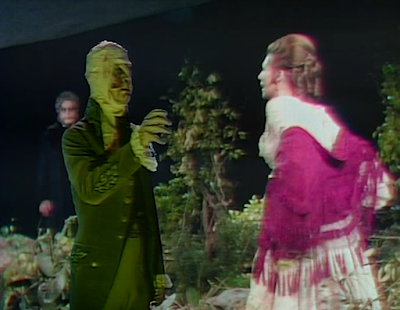 Judith is in the drawing room when Count Quentin returns. He says that Kitty is upstairs, and calm now. He says he found her in the woods. Judith steps out of the room, and Quenitn wonders how he can fight Petofi. He sees a note on Judith's desk to Evan Hanley, and realizes that he may be able to help him. 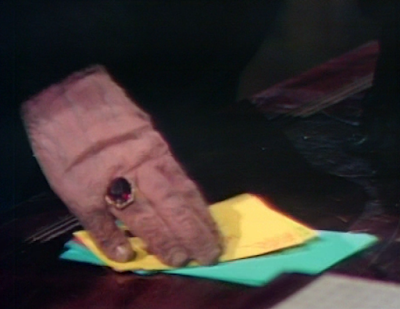 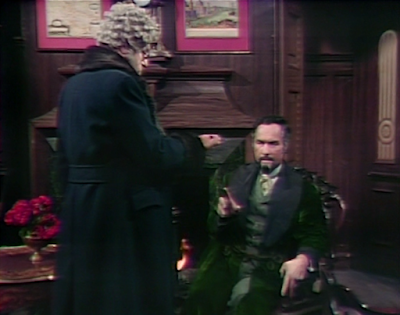 There's another knock at the door. Evan sends Count Quentin out on the terrace, and answers the door. He's delighted to see Judith. She says that before she went away, he had her sign a paper giving Trask power of attorney. She wants it back, now that she's back to normal. She asks him for it, and says she will leave. He says he doesn't have it with him. She asks where it is. He tells her it's at the vault in the Collinsport bank. She says he can bring it to her after he gets it. He makes an excuse that he's going to Bangor. She says that she will threaten to remove her money from the bank if they cannot produce the document by 6pm. He assures her that she'll have the document by 6pm. She leaves, and Count Quentin comes back in. He says Evan seemed nervous talking to her. He says he hopes Evan hasn't made any rash commitments to Trask. He suggests that Evan re-examine his loyalties. Evan agrees to help Count Quentin if he can get Petofi to participate without arousing his suspicion. 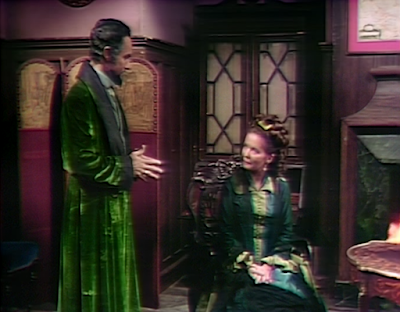 Petofi-Q sees someone in the drawing room that he doesn't recognize. Judith tells Petofi-Q to join her. She chides him for not welcoming her back to the house after her absence. He welcomes her to Collinwood. She points out they don't have a normal brother and sister relationship, but she expected more from him. He says she looks so much better than when he last saw her, he almost didn't recognize her. She tells him that there are going to be changes in the house, and he will conform to them. There's a knock at the door, and she commands him to answer it. 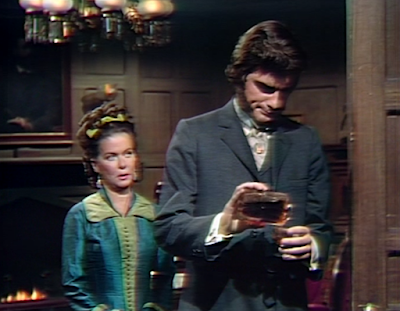 Evan comes in and says good evening to Quentin. Petofi-Q returns the greeting. He asks how Quentin is feeling and he says he is fine. Judith asks if Petofi-Q knows him and he says that he does. Evan hands Judith the power of attorney, and she leaves the room. 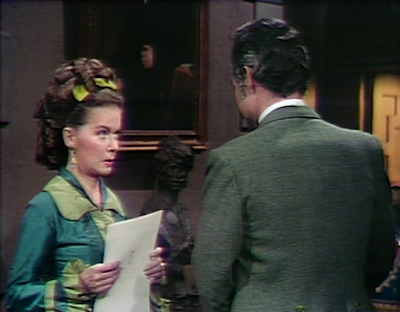 Evan tells Petofi-Q that he'll see him at his house at nine for the meeting. Petofi-Q feigns acknowledgement, after first explaining that it had slipped his mind. He assures Evan that he'll be there. Petofi-Q says it will take him time to get used to Judith being back. Evan says the meeting tonight should help him forget all of his problems. 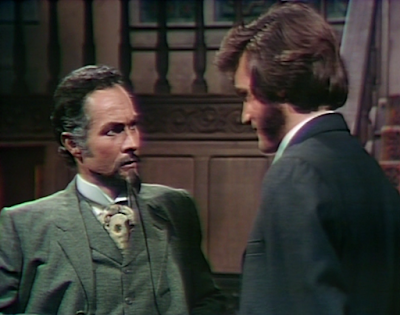 Evan returns, and asks Count Quentin if he knows what to do. He says that he does. He steps out of the room, and there's a knock at the door. Petofi-Q arrives and Evan says it's a pleasant surprise that Quentin is right on time for a change. Petofi-Q asks how many others are coming. Evan says half a dozen are coming, but he has a surprise—they want him to conduct the ceremony tonight. He invites him to sit in a chair, and Petofi-Q does. He says he hopes he doesn't disappoint anyone, as he doesn't have as much practice with the Black Arts. Count Quentin sneaks in behind him with chloroform, and uses it to knock Petofi-Q out. Evan says they must move quickly, as he doesn't know how long the chloroform will last. 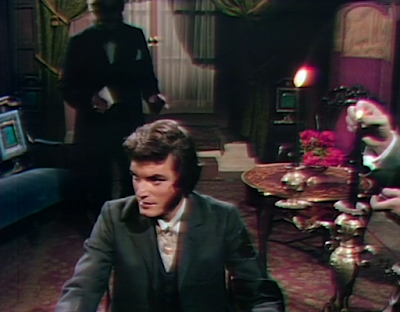 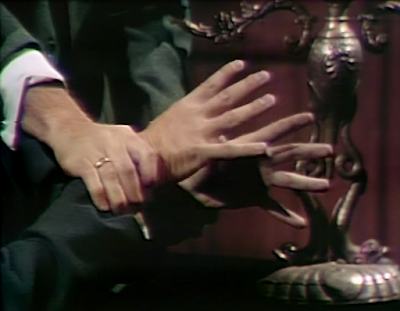 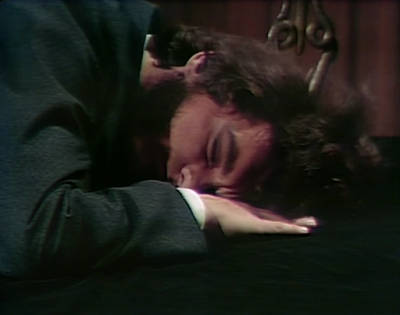 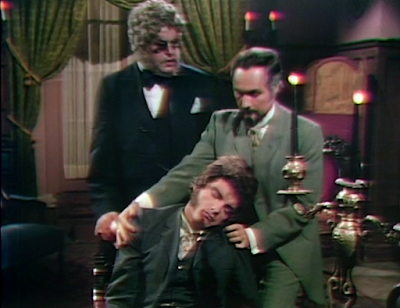 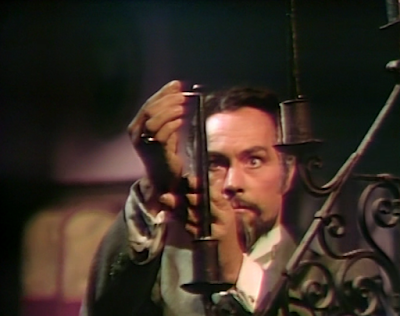 John: I like that Petofi is finally struggling in his play-acting as Quentin. He's had it far too easy up to now. But not recognizing Judith, and falling into Evan's trap, is exactly what he deserves for being so cocky.

Christine: I agree, but it doesn't follow his previously established reputation of being all-knowing and all-powerful, which makes it difficult to believe that he would succumb to their plot so easily.

John: Great to have Judith back as the head of the house at Collinwood! She's kicking ass and taking names like Elizabeth in the future. I love how she threatened Evan to get the power of attorney document. Can't wait for Trask's return, to see how he receives the news.

Christine: I am looking forward to seeing how she deals with her dear husband.

John: Nice use of Evan to double-cross Count Petofi. I'd like to think we'd see a quick resolution to the body-swap, but something tells me that things won't be that easy.

Christine: At least it will be fun to see them try. I wonder what Petofi-Q will inflict on them should they fail. Will there be mangled-face all around?


Down for the Count:
Barnabas was staked in his coffin 16 episodes ago. 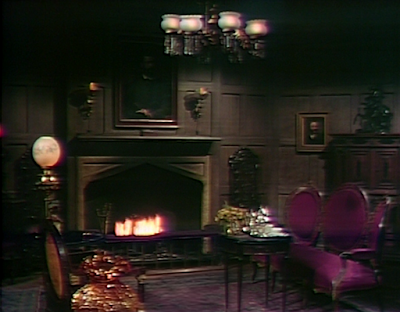