Magda chains Quentin to a post. He tells her to go to his desk and open the drawer. She does. He tells her to take the gun, and explains it contains six silver bullets. He asks her to promise to shoot him if he starts to escape. Trask comes in, and Quentin yells at him to leave. Trask tells Quentin that he'll stay. He takes the gun from Magda and says he'll wait for the moon rise to see why Quentin is chained up, and asks why the gun is loaded with silver bullets. 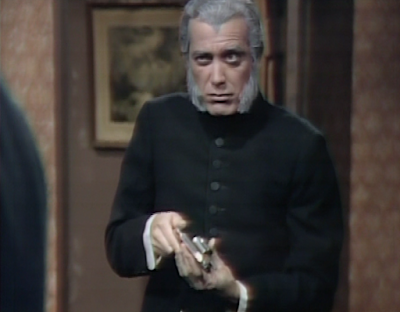 Magda tells Trask they need to leave, and he tells her to go stay with Charity. He says he'll deal with her after he disposes of Quentin. Trask says he can't wait to see the look on Edward's face when a family member is exposed as a supernatural beast. Quentin says that if he stays, he will kill him. Trask unchains him, and tells Quentin he's taking him to the police. Quentin reminds him that if they go to the police, he'll share Trask's confession with them. Trask asks where the confession is. Quentin invites him to look for it. Trask threatens to kill him. 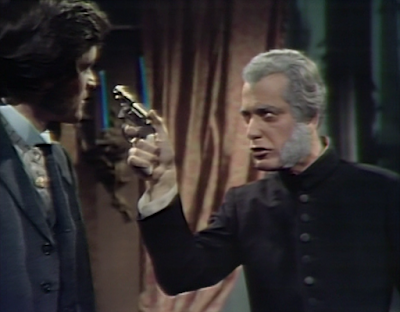 Quentin dares Trask to shoot him, telling him that if he does, the curse will be ended and the transformation won't take place. Trask knocks him out with the pistol, and searches the room for the confession. He then searches Quentin, and finds it in his pocket. 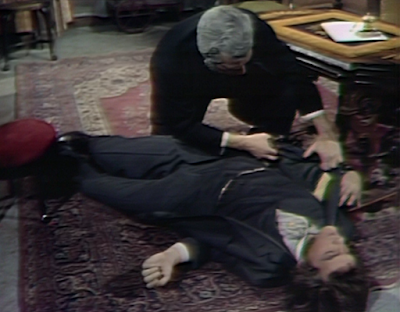 Trask locks Quentin into a cell in the basement. 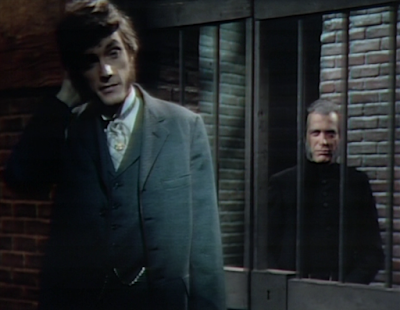 Magda and Angelique find Quentin's room empty. Angelique sends Magda to get something personal of Trask's. She calls upon a jewel of antiquity to show her the location of Trask and Quentin. She sees them in the cellar. 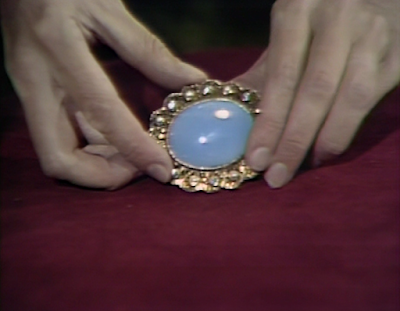 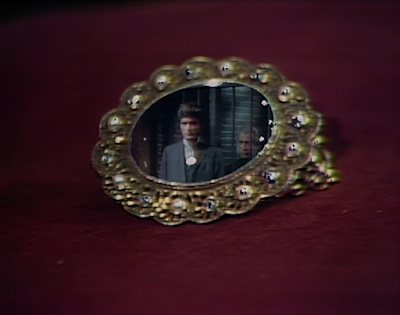 Magda returns with Trask's glasses. Angelique tells Magda that Trask has Quentin in the basement in a cell, and tells her to leave the room. She holds the glasses above the jewel, and tells Trask that he will not be able to resist her. 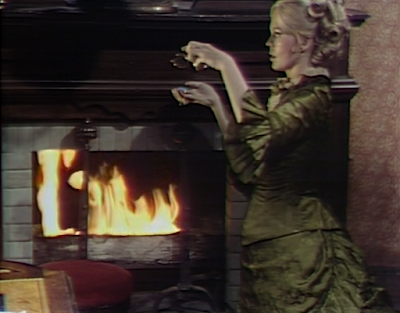 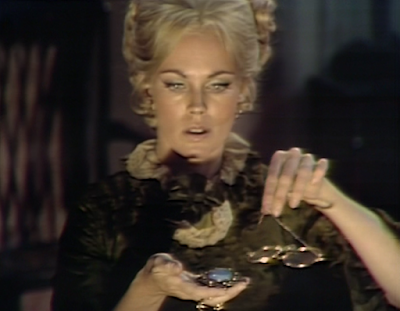 Trask tells Quentin that the moon will rise in 30 minutes. He then appears to have a headache, and hears Angelique's voice telling him she's taking control of him. She tells him to raise the pistol and take it to the drawing room. She tells him that when he gets to the drawing room, he'll know what to do. As he leaves, Quentin asks him where he's going, but Trask does not reply. 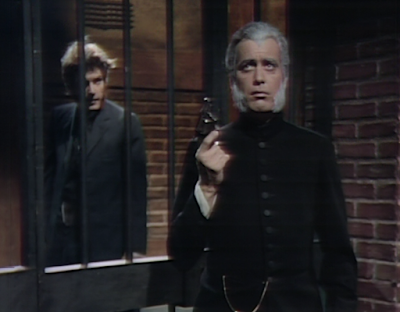 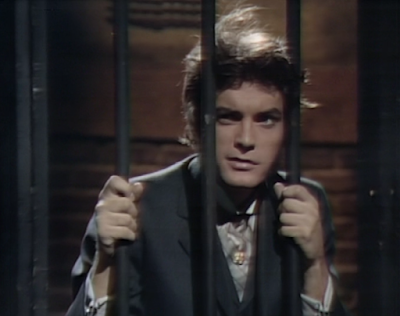 Trask enters the drawing room. He places the gun on the desk and sits down. He picks up a pen and begins to write another letter, dictated by Angelique. It's a confession that he is the werewolf, and took his own life to escape the curse. 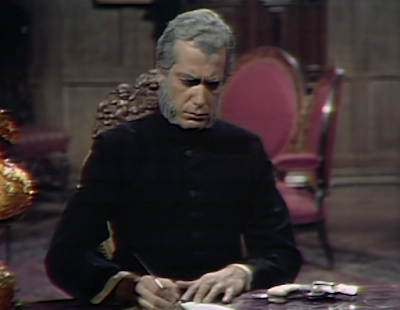 Count Petofi enters with a covered portrait, looking for Quentin. Trask says he does not know where he is. Petofi unveils the portrait of Quentin that he commissioned. He realizes that Trask is under a spell. 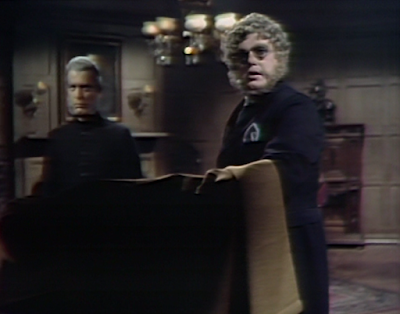 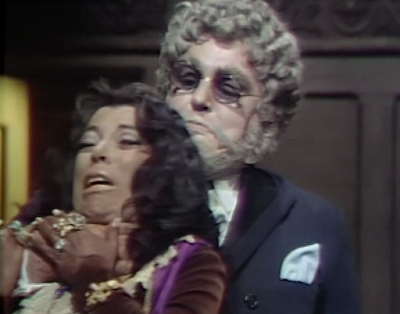 Angelique tells Trask to take the pistol and raise it to his temple, which he does. She tells him to pull the trigger at the count of three. 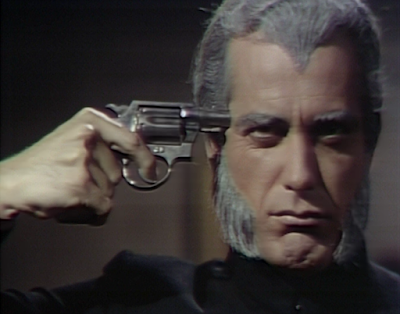 At the count of two, Petofi bursts into her room with the portrait. Petofi says she will do what he tells her to, and takes her jewel and destroys it. He tells her he finds her appealing, but he can't have her distract Trask from his duty. 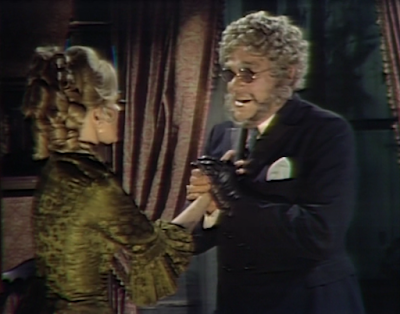 Trask comes to in the drawing room. He sees the confession, and takes it to the fireplace to burn it. He grabs the gun and heads for the basement.

Trask asks Angelique what she thinks of Quentin's portrait. He tells her to come with him. 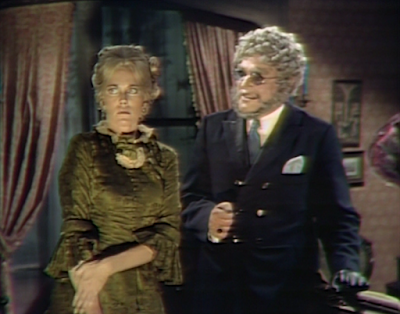 Magda comes down to the basement to let Quentin out. Trask stops her, threatening to lock her in with Quentin. He sends her away. Trask tells Quentin that his plan failed to stand up to the one with the almighty on his side. He says the moon will rise in one minute, and he will soon be able to tell the whole world Quentin's secret. 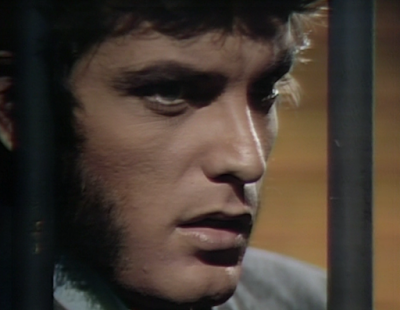 John: Really, Quentin? Remind Trask that you have his confession—before he's brought you to the police? Fortunately, the confession has a tendency to turn back up, no matter how someone tries to dispose of it.

Christine: That was when Petofi wanted it to show up. He no longer seems to want that. Angelique had a cool new witch toy. Too bad it didn't last.

John: Um, okay. So there's a jail cell in the basement of Collinwood. Perhaps Edward recently had that installed. As best as we can tell, it doesn't survive to the sixties...

Christine: Are you sure about that? I thought all the Collins properties had dungeons and cells, along with secret rooms, housed within.

John: I'm still convinced that Petofi's commissioned portrait of Quentin is going to change to a werewolf when the moon rises, instead of Quentin. I guess we'll see. Of course, based on what has been specified in these last few episodes, tonight is the last transformation Quentin would go through before his scheduled 'death' on September 10th!

Christine: That sounds about right, though what is the purpose of Petofi preventing Angelique's spellwork so he can involve Trask?