Quentin stares at his portrait, and debates whether he should kill Barnabas. He realizes that he's too terrified to disobey Petofi, which means that Barnabas must die. 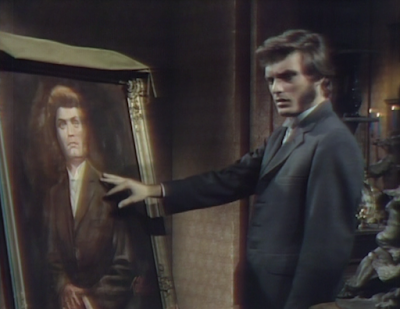 Barnabas returns to Julia. She says he should not take any chances while people are hunting for him. She notices that he seems different. He says he has met Josette again. Julia is shocked. She reminds him that Josette died 100 years ago. He says it is her. She asks if she recognized him. She reminds him that the last time he saw her, Josette committed suicide. He says they can continue with the injections, but they must change their plans. She says they can't change their plans. He says he doesn't know how long Josette will be there. Julia asks him if he's willing to lose everything. She reminds him that he said the future of the Collins family was dependent on his beating Petofi. He tells her that he cannot risk losing Josette again. 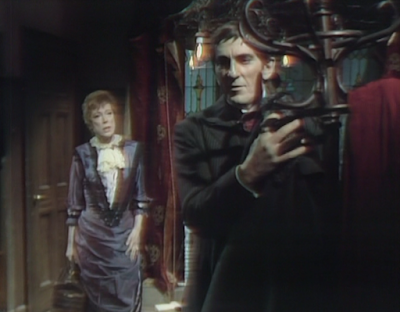 Barnabas comes to see Quentin. Quentin asks what's wrong. Barnabas says nothing's wrong, but something has happened that will change his future. He asks for Quentin's help. He says Lady Hampshire in staying in Collinwood. Quentin provides her background, saying she came to see Edward. Barnabas claims she was drawn to him—that she is the reincarnation of his lost love Josette. Quentin tells him that she asked about his portrait, and then denied having done so. Barnabas explains that she had seen it when she was in Collinwood in 1795. 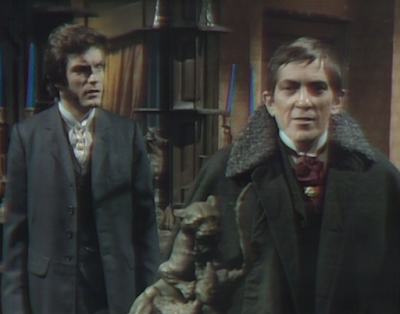 He asks Quentin to tell her that the man she met in the forest wants to see her. Quentin agrees to help arrange a meeting. He asks where Barnabas will be at dusk, and then asks him not to tell him. He says he'll ask Julia, and Barnabas says not to involve her. He tells Quentin to meet him in the cave beneath Widow's Hill at dusk. He thanks Quentin, who says he must not thank him. He tells Barnabas that he must leave Collinwood tonight before something happens to him. Barnabas says that nothing will make him leave, and he can take care of himself. He leaves, and Quentin realizes that he is basically Judas. 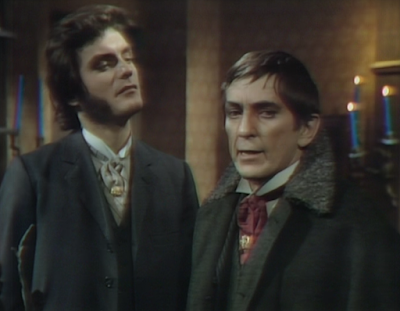 Julia arrives at Collinwood. Quentin tells her she's taking a risk. She asks if Barnabas has been there. Quentin says that he has. She says she knows why Barnabas wanted to see Quentin. She asks him to be frank with her. She tells Quentin that Barnabas must not change his plans, but she can't say what those are. She tells Quentin that she's been through this before, and he'll never give up his quest for Josette. Quentin says they should return to the future. Julia says he won't. She suggests that he could make the houseguest leave. She asks if he wants anything to happen to Barnabas, and he says he doesn't. She begs him to convince Lady Hampshire that tragedy will strike if she stays. 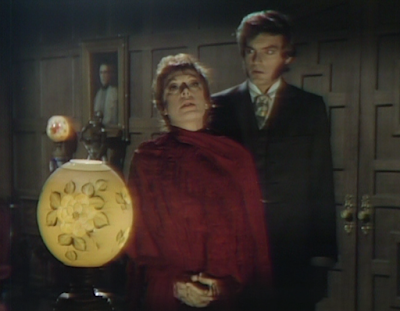 Quentin is in the drawing room drinking when Charity enters. She says he was supposed to come see her at The Blue Whale. He apologizes, and she starts to sing. He asks her why she came tonight. She says she came to see him. She flirts with him, and he says he doesn't even have a heart, so she shouldn't look for one within him. She says he's not a gentleman like his brother Carl was. Quentin says all that got Carl was a grave underground. Charity says that thinking like this is why a vampire is on the loose. 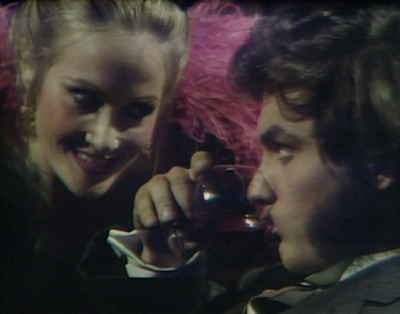 Quentin asks her if she thinks the vampire should be caught. She tells him that he's a murderer that killed Carl, and attacked others. Quentin remembers the attacks. He asks her if she'd kill the vampire, given the chance, and she says she would. He brings up what she might do if she found where he was hiding at dawn. She gets the feeling that he knows more than she's telling him. He suggests that she should go back to town. She says she can't sleep tonight, thinking about Carl. He realizes that she loved Carl. He tells her to go home, and she leaves the room. 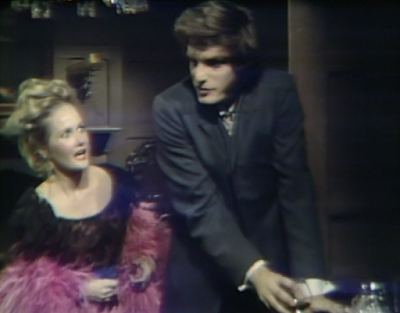 At dawn, Quentin arrives at Barnabas' hiding place, armed with a mallet and stake. He opens Barnabas' coffin and finds him sleeping inside. He prepares to drive the stake through Barnabas' heart. He raises the mallet, but can't bring himself to do it. He closes the coffin. 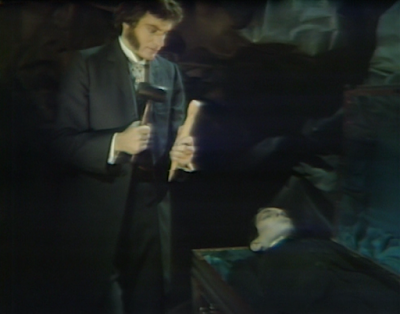 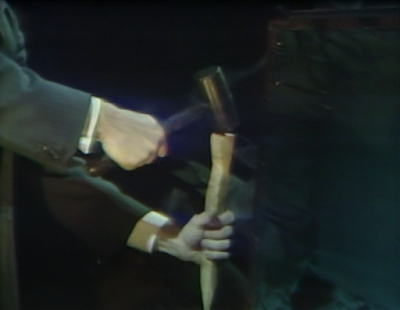 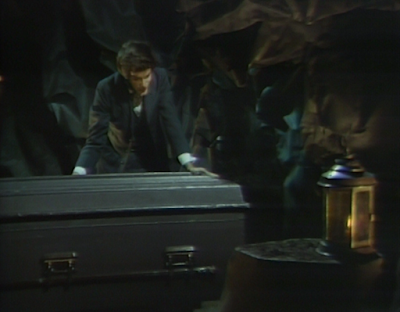 Charity arrives at Barnabas' hiding place, apparently having followed Quentin. She sees the stake and mallet Quentin left behind. She opens the coffin, takes the mallet and stake, and positions it over Barnabas' heart. She raises the mallet and brings it down on the stake, hammering it into Barnabas' chest. He screams as blood pours out of his mouth. 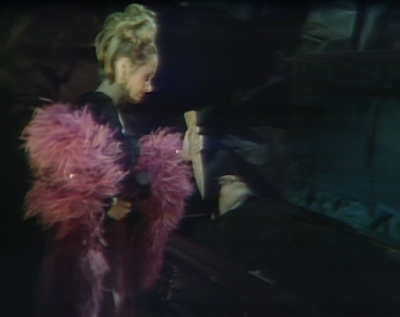 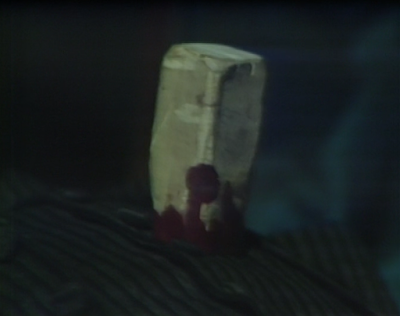 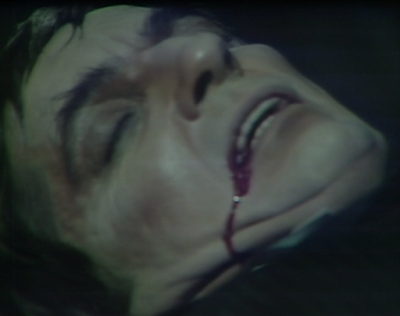 John: Poor Julia. Just when it looks like she'll have Barnabas all to herself, Josette's reincarnated spirit, or body, to be more accurate, returns to thwart any chance of her having a romantic relationship with him.

Christine: Poor Julia? Poor us, having to see Barnabas act like a dodo for Josette again! It seems that his obsession has been the death of him for the time being. If not for that, Julia should refuse him injections and knock him upside the head with her doctor bag for good measure. I wonder if she will return to the future once she finds out he's been staked, or if she'll stick around to try and pluck it out of him.

John: Isn't it odd that Quentin is treating Charity as if she's truly Carl's fiancee Pansy Faye, and not Trask's daughter? I guess we can write it off as his being in a drunken stupor.

Christine: I found that odd as well. I thought she intended to stay away from Collinwood, but I guess she just can't keep away from dreamboat Quentin. 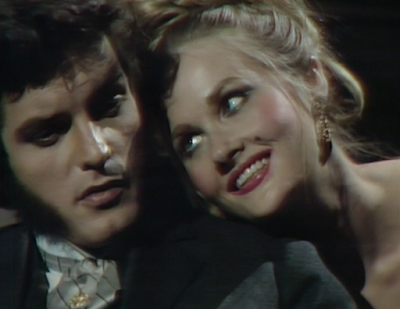 John: Just when you think we're going to get a Friday afternoon cliffhanger ending with Quentin poised to drive the stake through Barnabas, they show him stopping before he does the deed. So it was a shocking surprise to not only see the scene play out again with Charity, but for her to actually do him in—and showing it! Holy cow! I don't know how they can undo the staking of Barnabas. If I were a kid in 1969, I would assume that Barnabas as we know him was off the show...

Christine: It certainly was devastating to witness, even knowing he's not off the show, but it makes for an exciting Friday afternoon! I guess Quentin will kick himself for leaving the stake and mallet on the ground. How will they bring him back and how long will he be gone? I might feel bad for Barnabas if it weren't his own fault for going gaga for Kitty Josette. He never will learn.
Posted by John Scoleri at 6:00 AM

In all fairness to Barnabas, we ARE talking about KLS here! I, for one, would lose all good sense when it comes to the likes of her.