In the woods, the gypsy ties up Magda. She says that if he unties her, she has friends that will take him anywhere. He places a gag over her mouth. They hear someone approaching, and a figure holding a lantern comes out into the open. It's King Johnny. 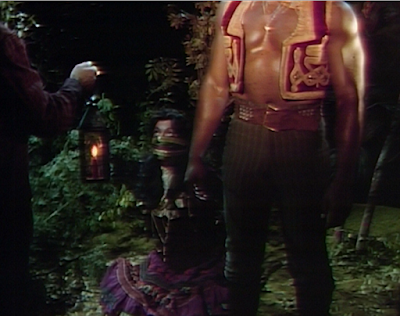 Magda is led through the woods to the Collins family crypt. King Johnny tells her he knows this is where she found Barnabas. She asks if he tortured Sandor to get that information. He says he hated to see him die, and Magda realizes that King Johnny killed him. He says she made him put the knife in his back when she stole the Hand. He leads her into the crypt and says she's going to stand trial right now. He says he will be the judge and prosecutor. He tells her to open the secret door. She does, revealing a table. She asks where the jury is, and he tells her they will be there soon. He mentions several people who will serve on her jury, and she points out that they're all dead. King Johnny calls to the spirits of the dead to join them. 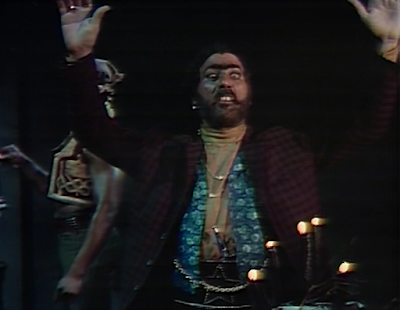 Five ghosts enter the secret room in the mausoleum. King Johnny begins making his case. He says Magda stole the Hand and murdered Julianka. Magda denies it. Then King Johnny says she killed an infant. Magda says she did everything she could to keep the babies alive after Julianka put the curse on her. King Johnny says her final crime was giving him a false hand. He tells the jury the case is closed. Magda asks for Barnabas to testify on her behalf. King Johnny says non-gypsies cannot be called. She says Sandor and Jenny are both dead. He asks which she'd prefer to have testify, and she chooses Sandor. 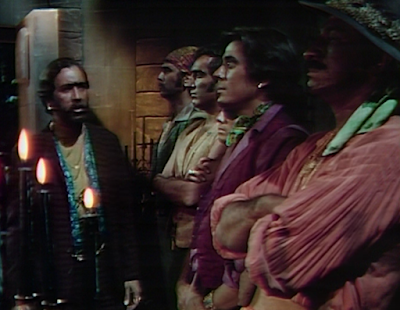 King Johnny calls Sandor to join them, and he appears in the secret room. Magda asks if he's alright, but he says nothing. Sandor swears to tell the truth. Magda asks Sandor who killed him. Johnny interrupts and says the jury knows she did. She asks who killed Julianka, and Johnny interrupts again. He asks Sandor who wanted Julanka there, and Sandor says Magda. Magda asks him why she wanted Julianka there, to save the children from the curse. Johnny asks Sandor who placed the curse, and Sandor says it was Magda. King Johnny declares the case closed, and sends Sandor back to his grave. 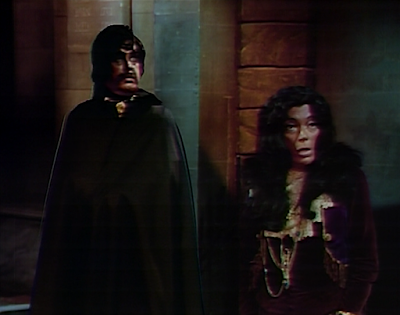 He says it's time to find if she lives or dies. None of the jury speak on Magda's behalf. Istvan gives a thumbs down, and King Johnny tells her that she will die. Johnny says they will play hunt the weasel, and she's the weasel. Istvan lets her go. She asks what kind of trick this is, and he says it's just a game. He explains that if she gets away, she lives, and if they find her, she dies. He tells her to run, and she does. 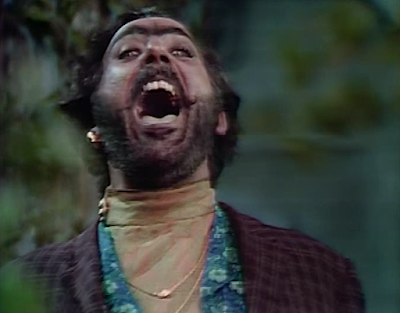 As Magda makes her way through the woods, King Johnny dispatches the ghosts to capture Magda. 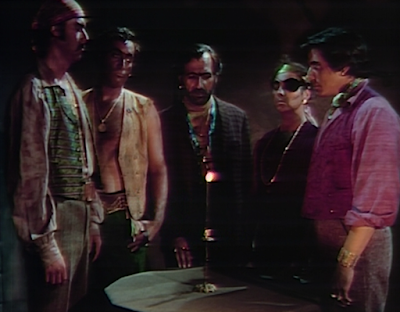 Magda doesn't know which way to go. When confronted by one of the ghosts, she casts a spell to send him back to hell. He screams in pain and disappears. 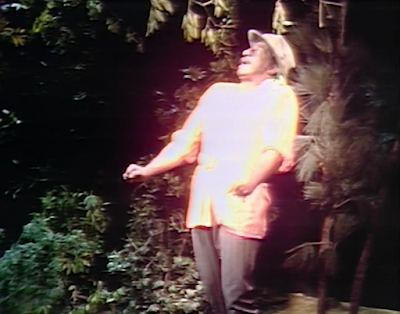 Her excitement at her success is short lived, as she hears King Johnny say that she got rid of Sergio, but not him. She runs off, and finds herself back by the mausoleum. She finds herself surrounded by ghosts. She says if she knew how they died, she would know how to banish them. They slowly close in on her. 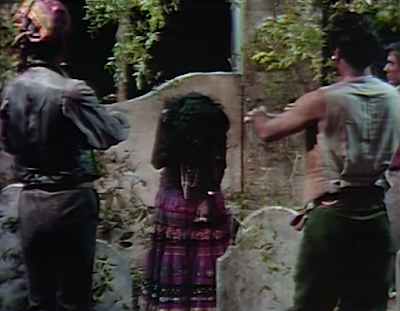 She calls out in the name of the gypsy women who cried for them and their crimes, she sends them back to death. They disappear and she hears King Johnny laugh. He tells her to keep running. She turns and runs, and King Johnny follows her, laughing.

At Widow's Hill, Magda is confronted by the ghost of Sandor. He says he's come to take her back with him. She says he's dead, and Sandor says that's the only place he can hide her. He says they should be together. She sends Sandor's spirit back to the land of the dead as well. 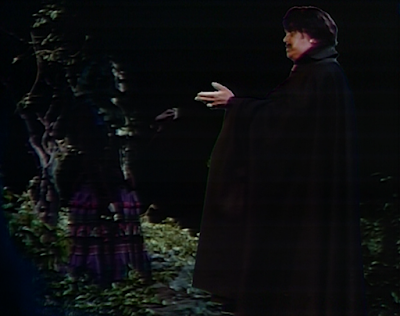 King Johnny approaches her, congratulating her on getting rid of the ghosts. He says she can't get rid of him, and tells her the game is lost. 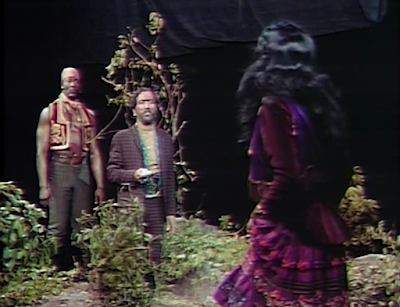 John: I guess that ghosts don't count towards the normal cast size per episode! I do think one of the gypsies got dressed in a pirate costume by mistake.


Christine: Are you talking about Stefan? Isn't he a little short for a pirate?

John: It's been a while since we had a coutroom drama episode on the show, and while those had questionable tactics from the prosecution, they weren't nearly as one-sided as King Johnny's Court! I loved when he not only objected to Magda's questions, but began asking his own of her witness!

Christine: We haven't had a kangaroo court with a dead jury since Episode 512!

John: Decent work with the chroma key today - going the extra length to have ghosts walking down the steps into the secret room in the mausoleum, but they didn't quite stick the landing with one of the more common shots, which I like to call the Big Sandor. Even for such a big guy, he just seemed a little too large next to Magda.

Christine: Apparently, his death loomed large over her. 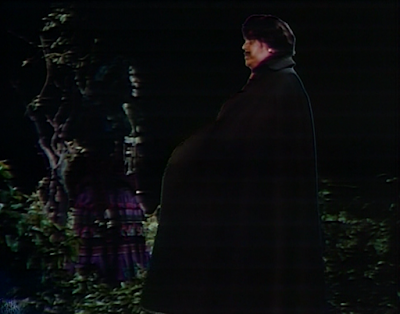