Charity finds Quentin's unconscious body in the woods. She goes to get help him, and screams when she sees a bloody woman on the ground next to him. The woman stirs, and calls Quentin's name. 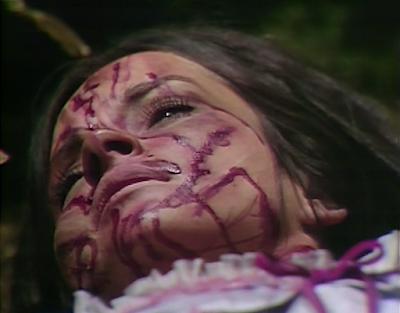 Charity finds a bloody handkerchief in Quentin's hand, and realizes that Quentin is the animal that has been attacking people. He comes to, and she tells him she knows. He asks what she knows, and she points to the bloody woman. He denies having done it, and Charity hands him a bloody handkerchief. She says they must help the woman. He's surprised she's alive. He says he can't let her go to the authorities. Charity says the woman will die, and he threatens to kill her if she tells anyone about him. He sends her back to Collinwood, and tells her to go to her room and stay there. He says he'll take care of the woman. 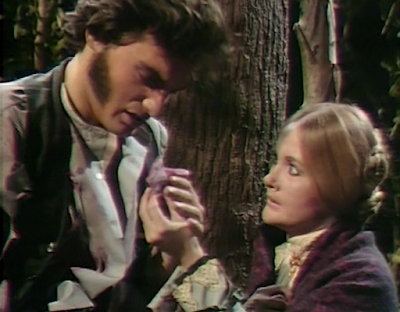 She leaves him. Jamison shows up and says Quentin's in need of help. He says they both could make use of this unfortunate occurrence. 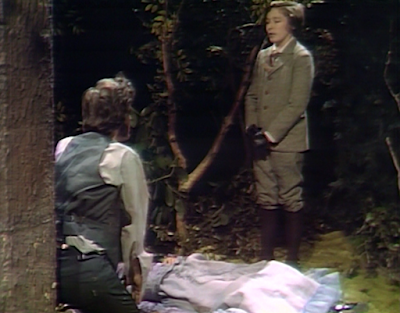 Charity returns to Collinwood, and is interrupted by her father as she goes upstairs. He invites her into the drawing room for a chat. He tells her the Collins family is strange, and they have been sent there because they are needed. He says there is a strain of madness in the Collins', and they must take care of it. She says she wishes they could leave Collinwood. He tells her that before the week is out, she is to marry Quentin. She refuses. 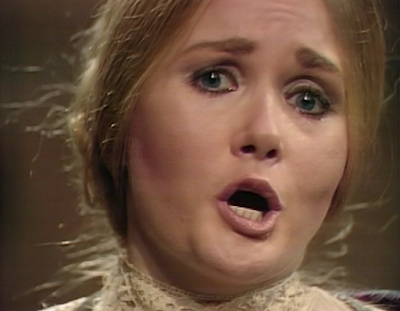 He tells her that he is not asking. She says he doesn't know what Quentin is like. He says she wasn't averse to it before, and tells her it's her duty to save him. Jamison bursts in and says there's a woman in the woods, dying. Charity cries. Trask tells him his tall tale won't prevent him from being punished. Jamison says the woman was attacked by an animal on the path to the old house. Charity implores her father to go. Trask is suspicious of Jamison, but goes to investigate. 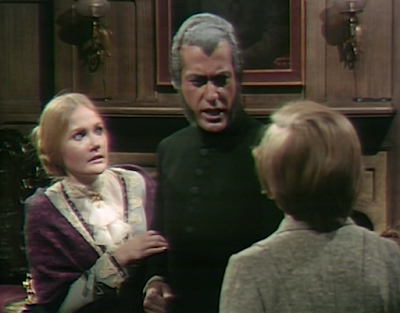 Charity asks Jamison if the girl was alone. He tells her she was, and asks who she would be with. He smiles as she heads upstairs. 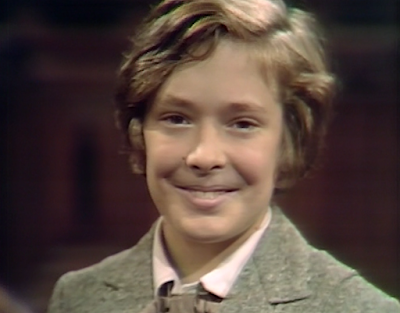 Charity meets Quentin on the stairs, and she says he told her he would take care of the woman. He reminds her of what he threatened to do if she told anyone.

Quentin argues with Petofi about the manner in which he's possessing Jamison. Suddenly, Jamison sounds like himself again, rather than an adult. He tells Quentin there's a paper in the room that is important to Quentin. He says it will be like insurance for him, once he finds it. He says it reveals the secret of Reverend Trask. Quentin asks for clues, and Jamison says it's where the paper wants to be. Quentin rifles through the papers in the desk drawer, and says there's no paper there. Jamison tells him to look again, and he finds the confession from Evan and Trask. 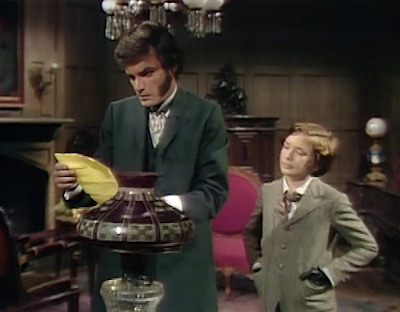 Trask enters with the bloody woman and tells Quentin to call a doctor and the police. He asks if she has been conscious, and Trask says that's an interesting question, but tells him she has not. He goes to make the call. 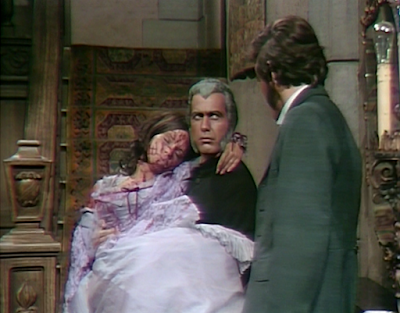 Trask stands over the bloody woman. Charity comes in and asks if she'll live. Trask says he doesn't know, but she must if they are to capture the vicious animal that attacked her. Charity asks him what if it's not an animal. The woman stirs, and Trask asks if she can tell them what happened. She tries to talk, and says, "Quentin Collins." Trask asks why she mentions him. He sends Charity to get Quentin. He asks again what Quentin has to do with it, but she passes out again. 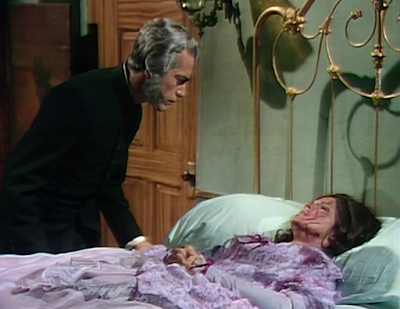 Quentin listens to his theme when Charity comes down and tells him the woman is calling for him, and her father wants him to go upstairs. He does, leaving Charity listening to his theme.

Trask says the woman called Quentin's name, and he wants to know why. He asks if he knows the girl, and Quentin says he saw her at The Blue Whale. Trask says he'll be gentler than the police, who will be there soon. Quentin says he forgot to call them. Trask says he will call them, and goes downstairs. Quentin stands over the woman. She wakes and is frightened by him. He tells her he didn't mean to do it. She collapses. 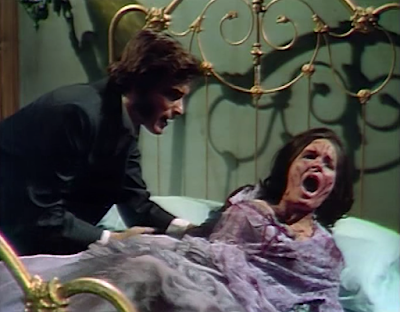 Trask tells Charity to call the constable and tell him to come at once. He leaves her, and as she calls the police, Quentin comes out from a secret panel and hangs up the phone. He tells her the woman is dead. Charity says that he killed her, and she's going to tell her father everything. 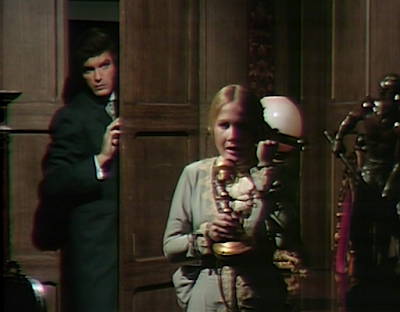 John: I wasn't sure if the woman in the woods was a victim of the werewolf, or if she had a bad time trying to apply her lipstick on the carriage ride up to Collinwood.

Christine: So...Quentin is still keeping ladies on the side while professing his love for Beth. It seems rather foolhardy to go cruising for babes on a full moon night.

John: I got a good laugh out of Quentin ruffling papers and saying there were no papers. That magic confession sure gets around! 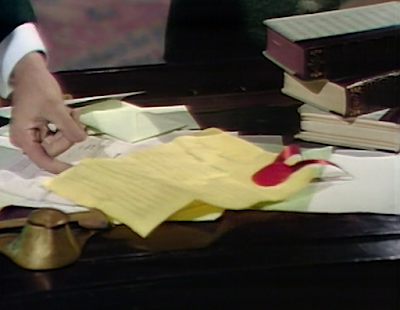 Christine: I love how Petofi-Jamison gave him multiple rhyming clues before finally giving up and pointing out the desk. Here they are for record:


Clue #1: Twice burned, once torn, but still intact, and fear is born.

Clue #2: The secret of the Reverend Trask reveals the face behind the mask.

Clue #3: He's hidden it for none to see, the paper's where it wants to be.

John: I guess they're holding the blackmail card to be played tomorrow. That should change the dynamic now that Quentin knows Trask and Evan's secret. And it's probably safe to assume that Trask will soon know Quentin's own secret!

Christine: Will this help Quentin evade a marriage with Charity or ensure it?