Roger holds the valve from his car. He asks Burke where he got it. David tries to run out but Roger grabs him. Burke asks David to tell Roger where it was found. Burke says he found it on the road. He asks David if that were true, and David backs him up. Roger sends David and Burke out of the room. He asks if the valve is the one Vicki found in David's room and she says yes. 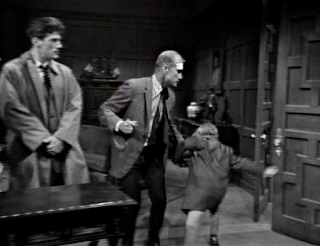 In the foyer, David asks Burke why he lied. Burke says he didn't tell the truth because they're friends. David denies ever having the valve. Burke says he saw David try and plant it in his hotel room. David finally admits it. 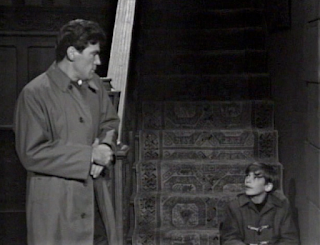 Roger runs through Vicki's story again and again. She's grown tired of no one believing her. Carolyn calls and asks if David arrived with Burke, as they left the hotel together.

David shows Burke a photo of his mother. David tells Burke that he's going to get even with Vicki. 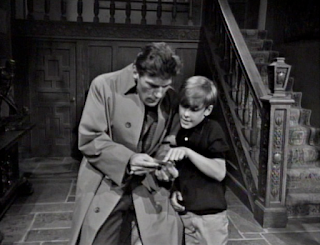 Roger asks Vicki to take David upstairs, and asks Burke to join him in the drawing room. He interrogates Burke, and then catching him in a lie, mentions they were seen leaving Burke's hotel room together. Burke says he didn't want David to get into more trouble. Roger asks if he expects him to believe that they just found the valve on the road. Burke points out that Roger wasn't upset that David tampered with his brakes so much as he was upset that it wasn't Burke. 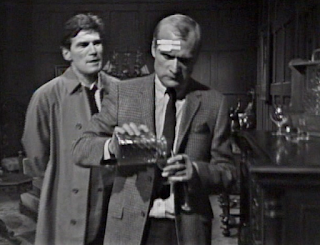 David is wishing Vicki was dead when his father enters. Roger asks her to leave. 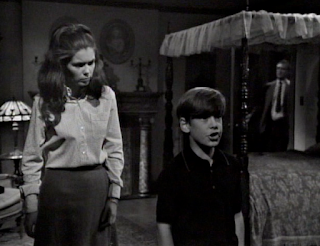 Burke plays chopsticks on the piano in the drawing room as Vicki enters. Devlin again suggests that Vicki consider leaving. He says he doesn't want to see her at the foot of Widows Hill. She mentions the private investigator, and Burke offers to share his Victoria Winters report with her over dinner. 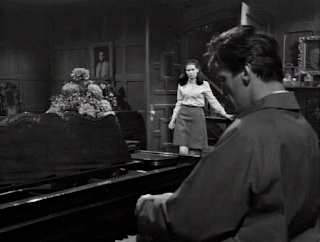 Roger calls David a lying little murderer. David runs downstairs and into Burke's arms. Roger drags David back upstairs to lock him into his room. 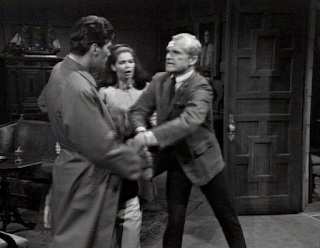 John: Caught in a lie, and Burke weasels his way out of it. Of course, there's still enough evidence to confirm Vicki's theory that if the valve were on the road, it had to have been placed there by David on his way in to town. Considering he was the architect of all of this, David is quick to blame anyone else for his problems, currently Vicki. Frankly, if I were her, I wouldn't be so quick to forgive that evil brat.

Christine: He wishes for a thousand ghosts to come and strangle her and make her dead. She should remember what happened to the last person he wished were dead and take seriously Burke's warning to stay away from open windows. I wonder if it's disturbing to hear Burke tell her, "I don't want to see you sprawled out on the rocks at the foot of Widow's Hill," after hearing the legend Carolyn shared in Episode 9.

John: I would think Vicki would be willing to take Burke up on his dinner offer, if only to see the results of the private detective's notes. Maybe she'll open up to that later this week.

Christine: She probably mistrusts him for taking delight in stirring up trouble, but I don't think she'll be able to resist the allure of Burke Devlin and his detective's report.

John: The thunder and lightning storm that rolled in during Friday's episode sure dried up quickly.

Christine: You know how storms don't last long in those coastal areas because it's probably too much work to pull off the lighting and sound effects in a live take. David Henesy endures a fair amount of abuse in this episode. Roger Collins is really quite frightening. 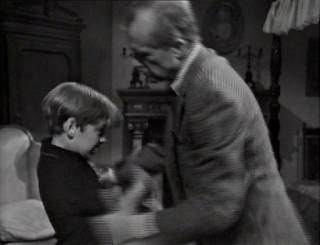 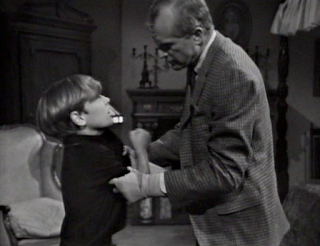 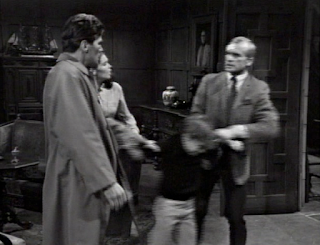 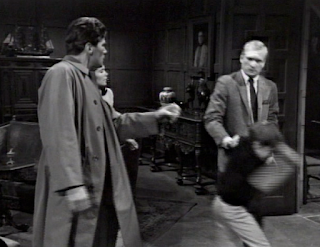 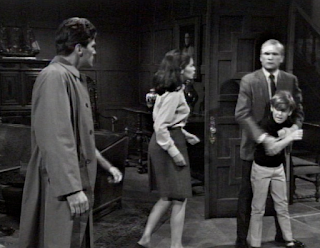 Exciting news for TV kids! Bob Lloyd announces: "The night to remember is Friday for the Green Hornet when he cuts into crime like a buzz saw. Starting in September in color on ABC."
Posted by John Scoleri at 6:00 AM