Maggie tells Quentin that she doesn't know why she's so frightened by Julia. He tells her that she's safe with him. She goes to get dressed for bed, and he finds a voodoo doll in her open suitcase.She asks him what he's holding, and he asks her if she knows. She says it looks like a doll, and asks him where he got it. He says he found it in her suitcase. She tells him that she's never seen it before. He can't understand how something she had never seen before got into her suitcase. He asks her where Julia was when she saw her in her room last night. She asks if he thinks Julia put it in her suitcase. He says he intends to have a talk with her in the morning. 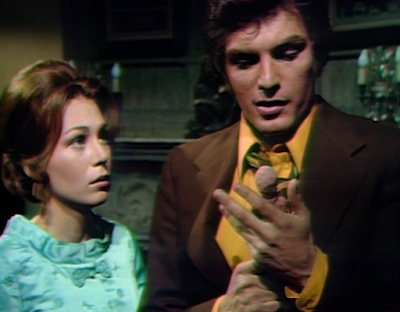 Julia is in the drawing room, turning out the lights for the night, when Angelique arrives. She asks if everyone has gone to bed. Julia tells her everything happened just as she had predicted. She says Maggie told Quentin she should be replaced, having lied to her about why she was in her room. Angelique says the more hysterical she becomes, the better for them. Julia says she hates having to take orders from Maggie. Angelique says they must move slowly, convincing Maggie that they are her friends. She adds that by the time they're through with her and he mind, she won't think of Quentin as she does now. She says that she'll either leave, or Quentin will tell her to get out. 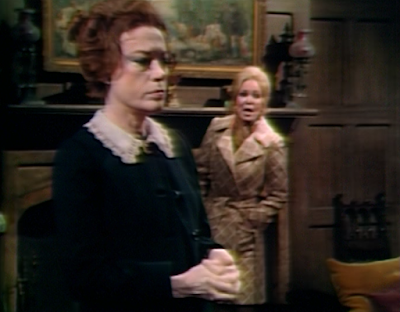 The next morning, Julia answers a knock on the front door. It's Cyrus to see Quentin. She goes to get him. Quentin joins Cyrus in the drawing room, and asks him if he has ever seen the voodoo doll before. Cyrus asks where he found it. Quentin asks him what it is. Cyrus explains that it's a doll... handmade... and used in the practice of Black... Magic. 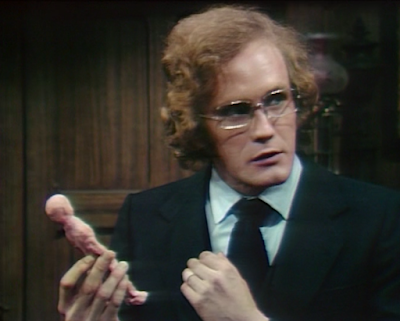 Quentin asks him if he's absolutely sure. Cyrus tells him that he's seen many of those dolls, and asks where Quentin found it. He says it was in Maggie's suitcase, but he doesn't think she put it there. Cyrus asks if it was in her suitcase by a freakish circumstance, or if someone deliberately put it there. He says he needs to find out where it came from, and how it got into his wife's suitcase. Before Cyrus leaves, Quentin mentions that he recently saw his will, and asked him why he wanted it revised. He asks if it had anything to do with John Yaeger, and Cyrus says that he is gone forever. He says he'll call his lawyer and have him revise the will again. Quentin is pleased. He walks Cyrus to the door. 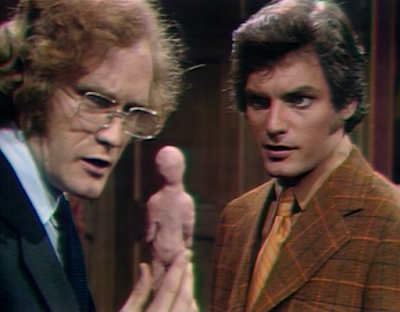 Maggie unpacks the rest of her suitcase. Angelexis comes in and suggests that they have a talk. Maggie doesn't understand. Angelexis asks her to express the way she truly feels. She says she feels responsible for Maggie's leaving. Maggie explains that she had a lot of time to think about things in New York, and she is solely responsible for her decision to leave. She says that now she knows that she's Alexis and not Angelique, she is the one who should apologize. Maggie tells her she hopes they will be friends, and that she is welcome to stay in Collinwood. 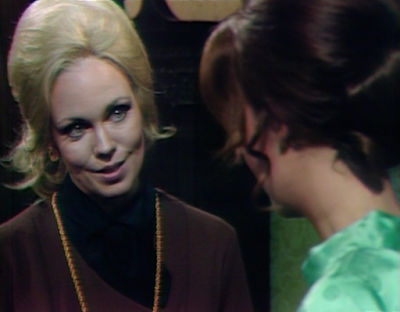 Angelexis tells her that she feels obligated to stay until she solves the mystery of her sister's murder. Maggie is surprised to hear her refer to Angelique's death as a murder. Maggie asks her how it happened. Angelexis says there was a seance in the house, during which she died. The cause of death was listed as a stroke. She says that after Maggie left, the re-enacted the seance, and Sabrina went into a trance and revealed that someone in the room had murdered Angelique. Maggie asks her who was there, and Angelexis lists out the usual suspects, including Quentin. Angelexis suddenly feels a chill, and tells Maggie she just needs to go to her room to lie down. She runs out of Maggie's room. 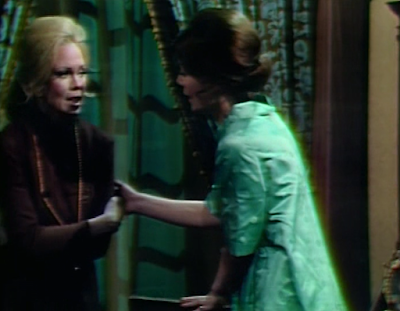 Maggie wonders why no one ever told her Angelique was murdered. 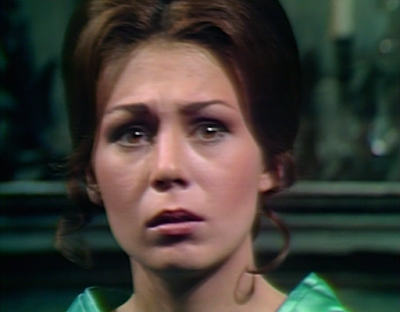 Julia comes into the drawing room to see Quentin. He asks her about her appearance in the master bedroom last night. He asks if she left anything there. She reiterates that she was concerned about Maggie's safety, and that she didn't leave anything in the room. He tells her the incident is closed, and sends her away. 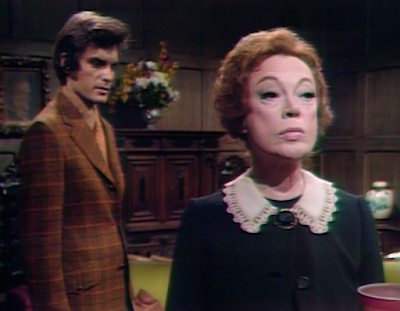 Angelique comes downstairs wrapped in a shawl, calling for Julia. She runs into the drawing room and sits by the fire. Julia comes in, and Angelique tells her that she must have warmth to survive. She asks Julia to find someone to give her their warmth. She says if she goes back to her tomb, she'll never re-awaken. Angelique tells Julia that if she doesn't come back with someone, she will be the next victim. The front door begins to open, and Angelique wonders who it will be. The door swings open, revealing... 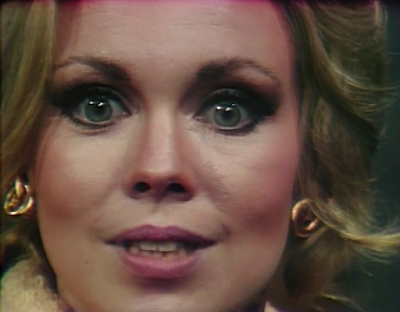 John: There aren't enough people in Collinwood for people to do sneaky things. If not Julia, who does Quentin think would have placed the voodoo doll in Maggie's suitcase? Daniel? Amy? Okay, maybe there are a few suspects...

Christine: With most of the family taking the day off, it narrows down the suspect list considerably for Quentin.

John: Was Cyrus excited or frightened by by the voodoo doll? I like the way he dragged out his thoughts on it. Of course for someone with such experience with voodoo dolls, he certainly seemed surprised to see this one. 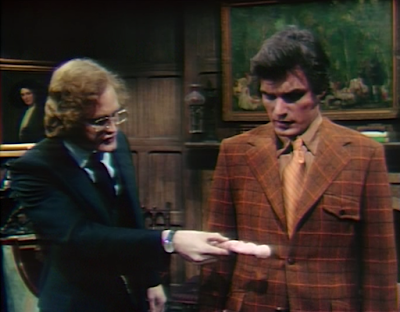 Christine: Funny that Quentin should bring up the change in his will and John Yaeger. Cyrus' assurance that he was gone forever makes it likely we'll see him in tomorrow's episode.

John: Uh oh, it's time for the Angelique-pire to suck out someone's warmth. Good thing it's unlikely to be Julia, because warmth is not her strongest character trait!

Christine: I would have expected her to go grab Maggie and deliver her to Angelique in a heartbeat. So, who would come to Collinwood, rattling the doorknob in an attempt to enter without knocking, and is expendable? We'll find out who Angelique's Mystery Date #2 is tomorrow!
Posted by John Scoleri at 6:00 AM