Jeb tells them to bury the coffin with Quentin. He tells Quentin that he promised him a surprise, and he keeps his promises. The zombies shovel dirt onto the coffin. 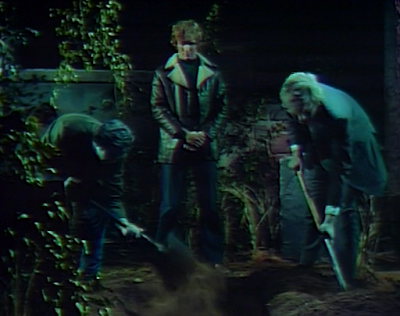 The zombies finish burying Quentin, and Jeb tells them that they can leave. He then says goodbye to Quentin and walks away.

Quentin wakes in the coffin, realizing that he's been buried alive and there's no way out. 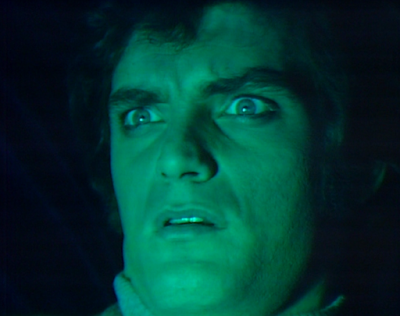 Blair returns to the carriage house and finds Julia working in Jeb's room. He asks her what she's doing, and whether she has switched her allegiance from Barnabas to Jeb. He grabs her and pulls her aside, and asks her about her chemistry equipment. She says that Jeb had her brought there, and asked her to help him. Blair figures out what Jeb wants, and he asks Julia if she really thought she could help him. He sweeps her equipment off the desk, sending it crashing to the floor. 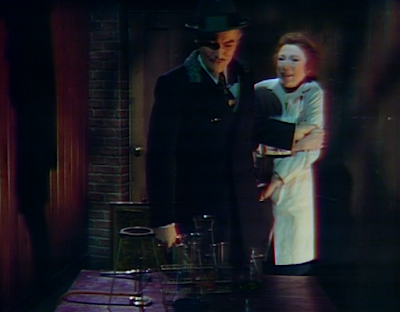 Maggie comes to the old house to see Barnabas. He tells her that she should have stayed at Windcliff, where she was safe. She says she had a premonition that Quentin was in danger. He assures her that Quentin is alright, and she says that she has looked for him and can't find him. Barnabas asks what she thinks has happened to him, and she says it was dreadful. The mark on her hand has returned. 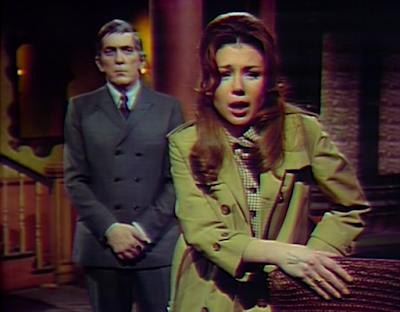 Quentin reaches out to Maggie, telling her that he loves her. 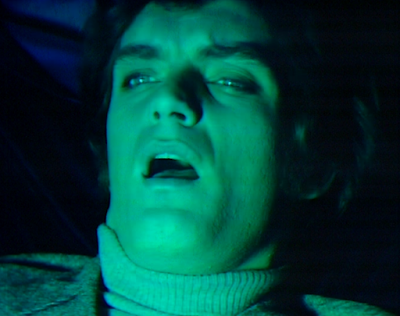 Maggie rushes out to find Quentin, and Barnabas chases after her.

Julia asks Blair what he plans to do with her. He says he'll let her go on one condition—that she doesn't interfere with them. She opens the door and Jeb waslks in. He tells her they had an agreement. Blair says it has been cancelled, and tells him to step out of her way. He does, and Julia leaves. 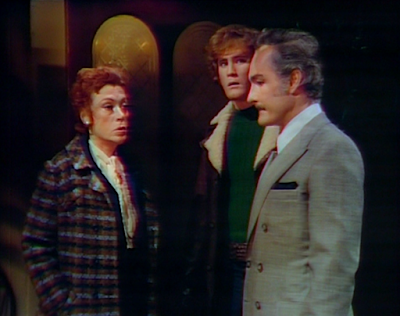 Jeb tells Blair he's getting tired of him, and he's going to destroy the thing that is him in that room. Blair says that if he does, Jeb will cease to exist. He says if he lets Jeb make further decisions, their plan will fail. He says the ceremony must take place tonight. Blair says he can only have Carolyn once they both have reverted to the other form. He tells Jeb to call Carolyn and arrange to get her to the shrine where the ceremony will take place. 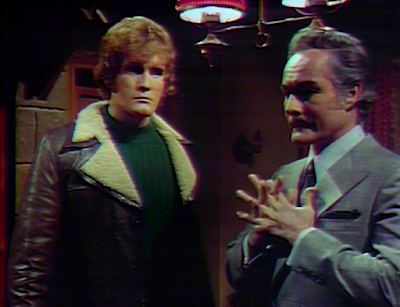 Barnabas follows Maggie through the cemetery. She says she can feel Quentin's presence. She arrives at the freshly dug grave, and calls Barnabas over. She says that Quentin is buried alive. Barnabas picks up a shovel and starts digging. 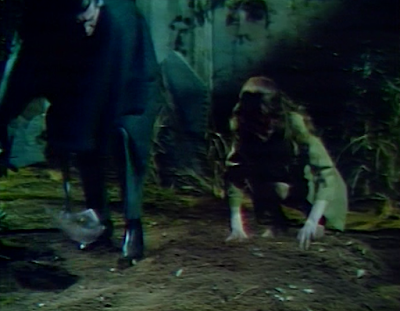 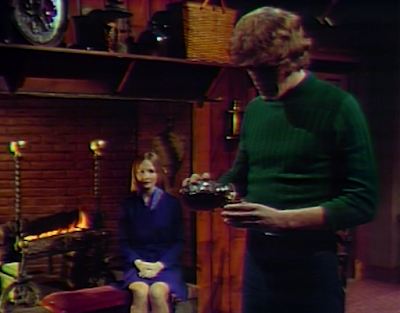 Barnabas opens the coffin and they pull Quentin out. They help him stand up, and Maggie asks who did it. He says it was Jeb. They lead him back to Collinwood. 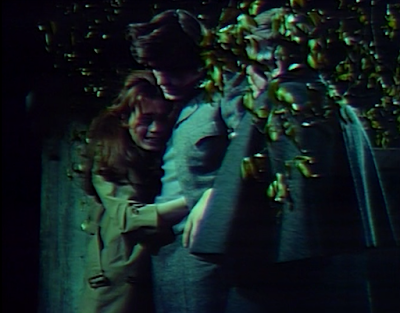 Carolyn and Jeb kiss. She asks him what's disturbing him. He says he can't tell her. He says that he has to do something important, and asks her to wait for him. He leaves. 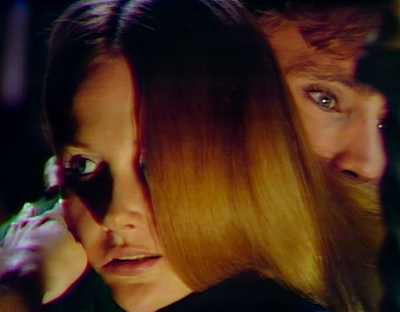 Maggie and Barnabas bring Quentin into Collinwood. Julia asks what happened, and Maggie says that Jeb tried to kill him. They go upstairs, and Jeb enters. Julia asks what he wants. He tells her that she has to help him now. She says she just found out he tried to kill Quentin. He says he's willing to live and let live if she'll help him. He says that he'll be a changed man if she helps him. He says if it doesn't happen tonight, it will be too late. He sees Barnabas watching from the top of the stairs. 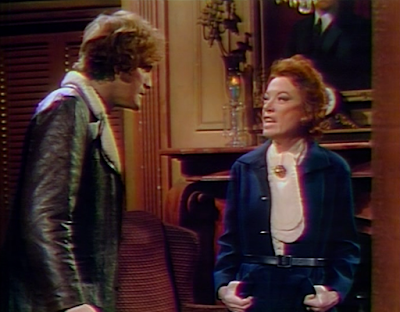 Blair comes in and says hello to Carolyn. She asks what he's doing there, and gives him the cold shoulder. He hypnotizes her with his cigarette case. He opens the door and tells two zombies to take her to the shrine and wait for him. 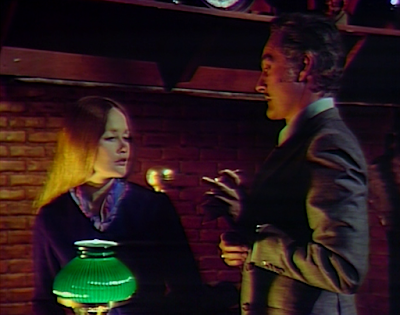 Maggie looks for Barnabas. Quentin comes in and says he saw the mark on his hand. She shows him hers. He says now he knows how she found him. He tells her that he loves her, and she replies in kind. They kiss. 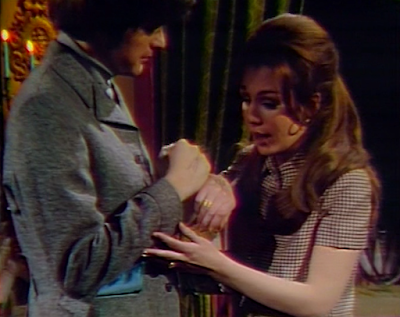 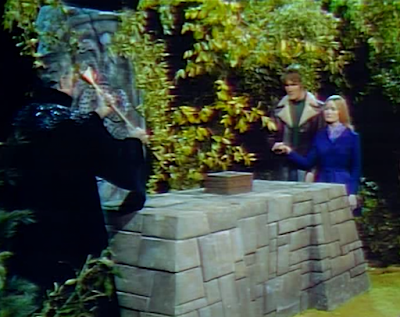 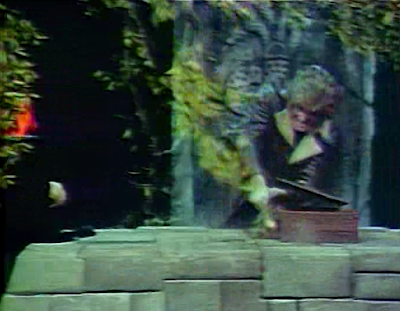 Blair screams at him, and he and Jeb run away from the altar, which begins to crumble. Jeb clutches his abdomen and falls to the ground, writhing in agony. 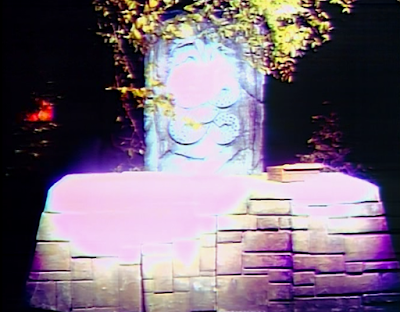 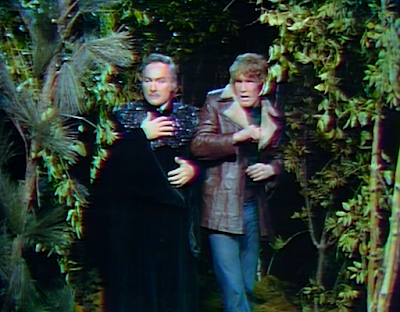 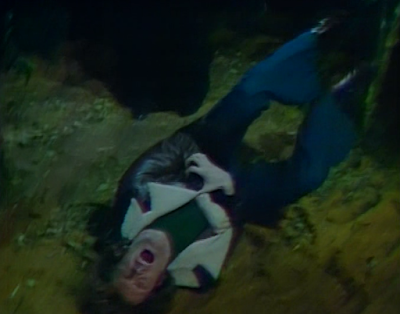 John: It's a shame that they could only afford two zombies on today's payroll. At least they kept the one with the ping-pong ball eye.

Christine: It does make him the scariest zombie of the bunch.

John: Thank goodness for Quentin that folks in Collinwood know how to dig graves faster than anywhere else! Sadly, because we knew that factoid, it made his being buried alive far less concerning. And besides, it's not like Quentin is at risk of dying just like any mortal.

Christine: I wonder if Barnabas picked up on Maggie and Quentin's sudden romantic psychic connection, or if he'll recognize the matching tridents on their hands as the same that Josette and Jeremiah shared, to realize Angelique is up to no good again.

John: Who was responsible for the branches that obscured Blair while performing the ritual at the altar? You could barely see his cool glittery outfit. Still, it was quite an exciting conclusion to the week! Have we seen the last of the Leviathans? 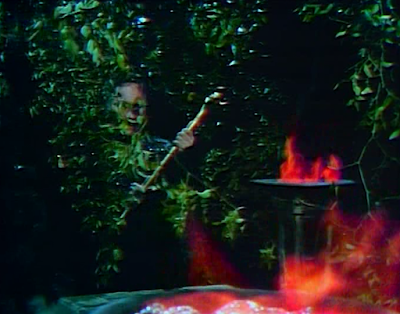 Christine: Blair certainly has a flair for magical outfits. With the Leviathan book, box and altar destroyed, it would seem to signal the end of the Leviathans. Will it mean the end of Jeb, or did he just get a tummy ache from something bad he ate? Also, will Diabolos be mad at Blair for failing once again to create an evil super race of beings? Dark Shadows continues to entertain! 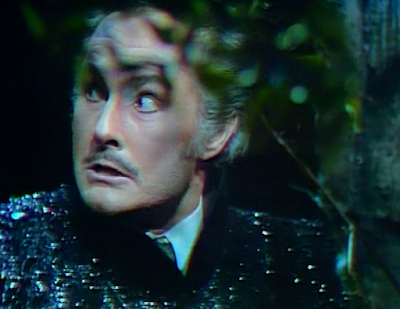