Daphne returns to Collinwood to tell Catherine that she's going to marry Bramwell. Catherine runs off into the night.

Bramwell is drinking in the old house when Catherine comes to see him. He says he knew she would come. He tells her that she isn't going to stop his marriage any more than he stopped hers. She says she won't stand by while he ruins her sister's life. He asks her if she's making Morgan's life better, and she says that she loves him. She tells him that he's bitter and resentful, and asks if her sister should have to pay the price for his feelings towards the Collins family. She accuses him of playing a selfish, vicious game. He tells her that it's settled — it's what he wants, and what Daphne wants. Catherine storms out. 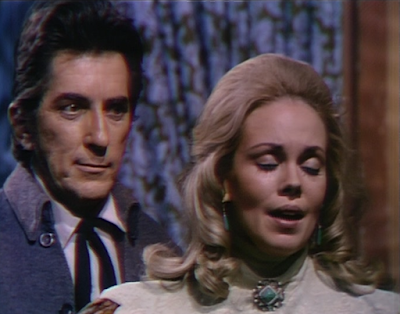 Carrie comes downstairs and finds Daphne in the drawing room. She asks how Daphne is doing, and says she knows that something is bothering her. Daphne asks why she's looking at her so strangely. Carrie explains that she had a feeling that someone wasn't going to let her do something. She says sometimes when she tells people the things she sees, they get upset. Catherine returns to Collinwood and tells Carrie goodnight. Taking the cue, Carrie leaves. 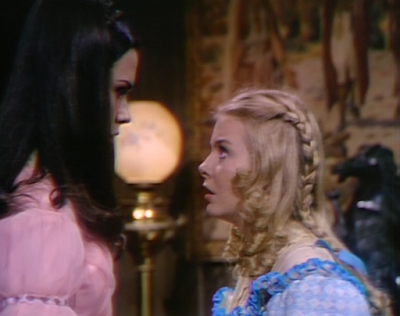 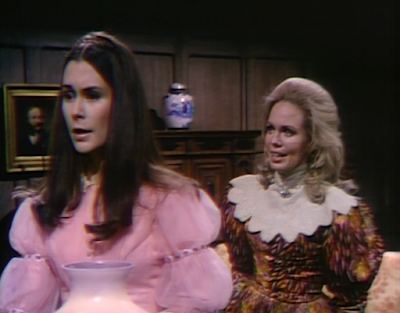 Bramwell's mother is surprised to hear of his plans. She asks if it's what he truly wants. She says she knows him better than anyone, and asks if he's marrying for love, or to get back at Catherine and the others at Collinwood. He tells her that he does not feel that he is being unfair to anyone. She says she doesn't think there has been a greater love than that between her and his father, Barnabas. She asks if he'll be able to say the same thing at her age. 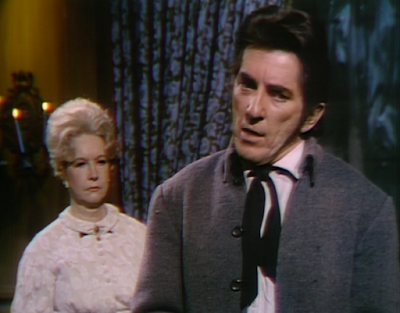 Daphne returns, and Bramwell asks her if Catherine was able to change her mind. Josette asks if Catherine was opposed, and Daphne confirms it. She tells Daphne that she'd be a welcome daughter, but it may be a mistake to rush into something that will alienate so many people. Josette leaves them. Barnabas asks her what's giving her doubts. She says he has never told her that he loves her. He says he asked her to marry him. She points out that he hasn't said the words. He accuses Catherine of poisoning her mind. Daphne asks why there's so much emotion in his voice when he speaks of Catherine. She adds that he has yet to say the words. He tells her he loves her, and she says she knows he doesn't mean what he just said. He asks if she wants to marry him, and she says she doesn't know. She says they need to be open and honest with one another. He tells her that his love can grow. She asks him to give her until morning. 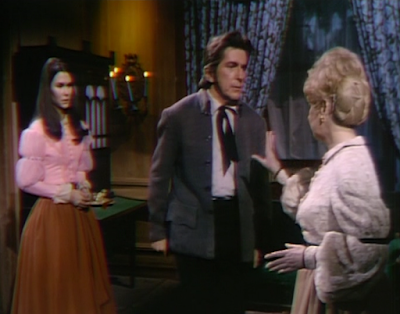 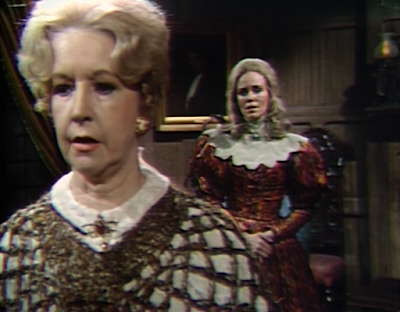 Daphne visits Carrie. She asks Carrie to help her make a decision by looking into the future. Carrie warns her that she can't control what she sees. Carrie sees Bramwell with a sad look on his face. She sees that he's standing in the cemetery, looking at Daphne's grave, with 1841 listed as her year of death. 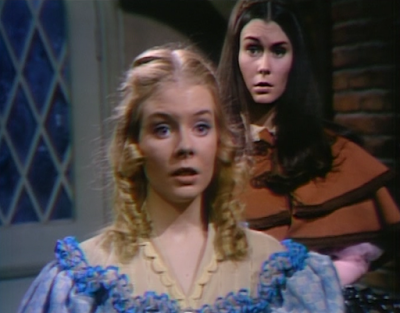 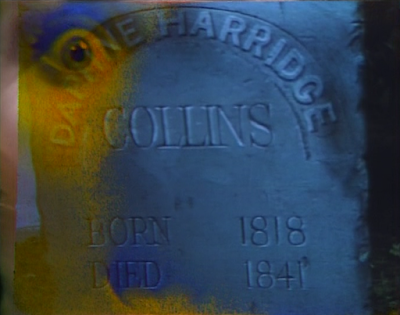 John: It seems pretty clear to everyone but Daphne that Bramwell doesn't really love her. In any other time band, I'd say 'Daphne' would be the better catch for 'Barnabas' than 'Angelique', but since Bramwell's such a slimy guy, he doesn't deserve a nice girl like her.
Christine: She acknowledged that he didn't mean what he said after she cajoled him into saying he loved her, so I think she knows. Bramwell is rather spoiled and entitled, but perhaps it's because he doesn't have his dad around to advise him in a way that would have us adding to the slap tracker. I hope we might get around to hearing how Barnabas met his demise.
John: Nice Freudian slip when Bramwell calls Daphne Catherine! At that point she should have realized that things were in trouble!
Christine: I think Josette's reticence to give her blessing on the union may be enough to change Daphne's mind, though Carrie's vision should be the tipping point, that is, if she decides to tell her about it. We are really knee deep in soap opera romance now, aren't we?
John: So, do you suppose there's a Widows' Hill in this time band? Daphne seems like just the gal to take a flying leap...
Christine: If there's a Josette and a Barnabas and a Collinwood, then there's definitely a Widows' Hill.
Posted by John Scoleri at 6:00 AM

The next episode is the "lost" episode narrated by Lara Parker in 1993. All that is left is still film footage and some audio, it's a very unique episode, kind of like listening to an audiobook but seeing pics at the same time.