Barnabas returns home to find Ben drunk. He sends him to collect his cane, which he left on the dock. Ben asks what happened, and Barnabas explains that he was with Maude Brown, and he dropped his cane when she screamed. Ben tells him he knows her. Barnabas sends Ben away and turns his attention to Reverend Trask. He promises nothing but darkness for Trask as he blows out a candle. 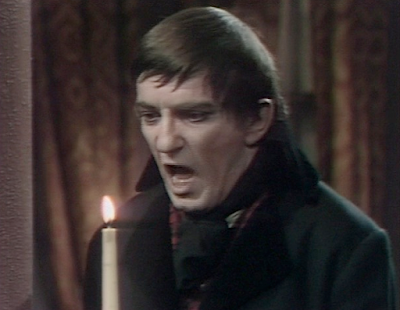 Trask sits at his desk when the candle beside him is blown out. He relights it, and it is blown out again. He hears laughter, and believes it is the devil himself. There's a knock at his door, and when he asks who's there, Nathan Forbes identifies himself. 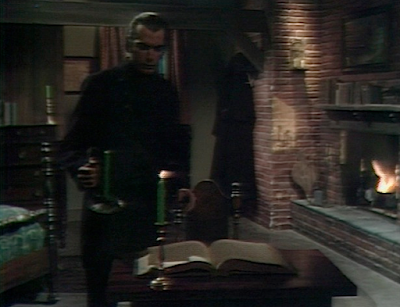 Trask lets him in and once again lights his candle. He says he sent for Forbes as he was concerned about him. Trask tells him the witch has started her revenge, at first against him, but perhaps soon against Forbes. Nathan explains he does not believe in witches. Trask describes a floating hand with a ring. Nathan explains that ring doesn't belong to the devil, but Barnabas Collins. Trask sees the hand once more, and when he points to it, Nathan turns and sees nothing. 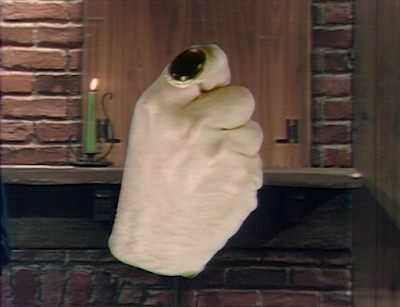 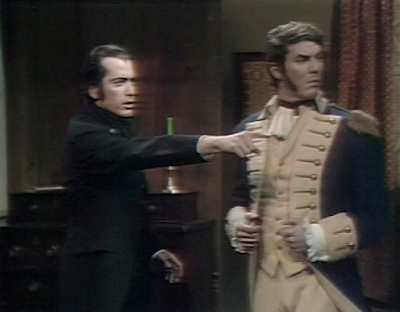 Nathan suggests the trial has been too much of a strain on him, and then Barnabas' voice tells him the strain begins now. Nathan doesn't hear the voice, which continues to taunt Trask. He speaks of his faith, while the disembodied voice laughs at him. Meanwhile, Nathan watches Trask appear to go mad. Nathan suggests that he stay somewhere else tonight. Trask tells him that he's not afraid, and sends Nathan away. 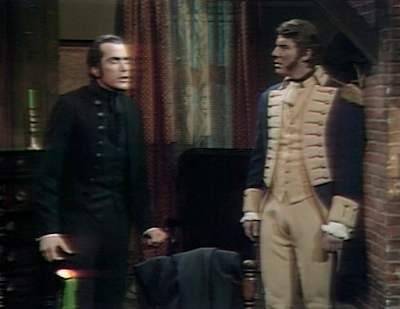 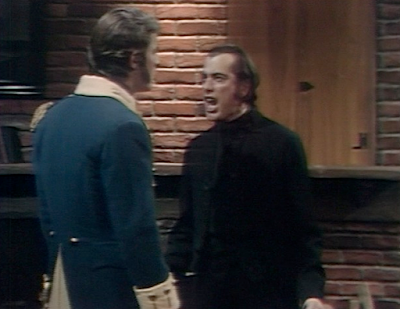 Ben failed to find Barnabas' cane on the dock, and searches Maude's place. He's inside when Nathan knocks on the door. He waits until he hears the person leave and sneaks out, not realizing Nathan was hiding in the shadows. After Ben leaves, he follows him. 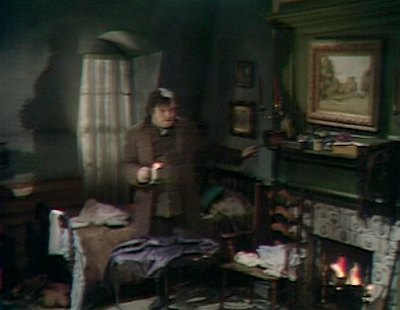 Ben returns to the old house and explains he couldn't find the cane. Barnabas asks about what people were saying, and if anyone saw the cane. Ben says no, and Barnabas interrupts him, saying he heard something outside.

Nathan hides from view of the window as Barnabas looks out. 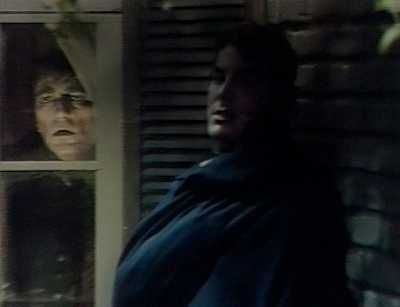 Barnabas prepares to go into town, and Ben tries to discourage him. Ben suggests they could leave Collinsport together, and Barnabas tells him he cannot leave the house he was to share with Josette.

Maude returns home with Nathan. He locks the windows and she doesn't understand what he's doing. He explains that she's not out of danger as long as her assailant thinks she has his cane. Nathan tells her to keep her door locked until morning. She tries to get him to stay with her, but he bids her goodnight. 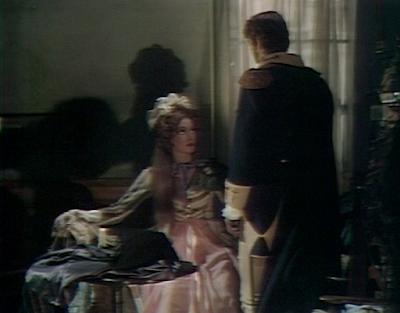 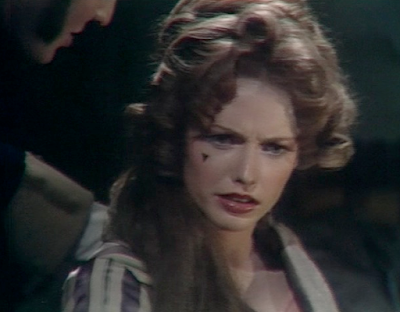 Squeaky bat appears outside her window. She opens a suitcase to pack, and is shocked to see Barnabas in her room. He asks if she's leaving, and if she's taking his cane. He tells her he'll leave her if she gives him his cane. She says she cannot. He asks where it is, and she says 'he' has it. He grabs her by the throat and strangles her. Her screams are cut off. 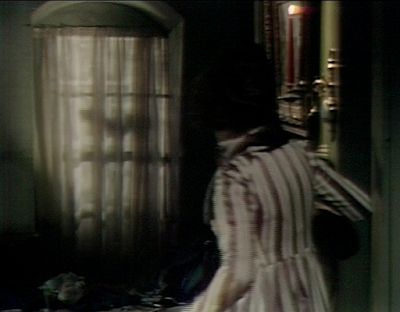 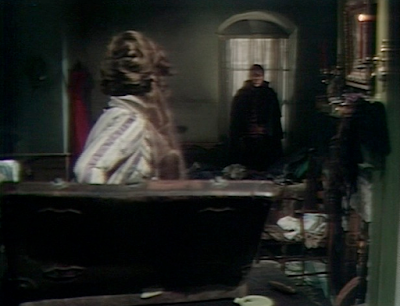 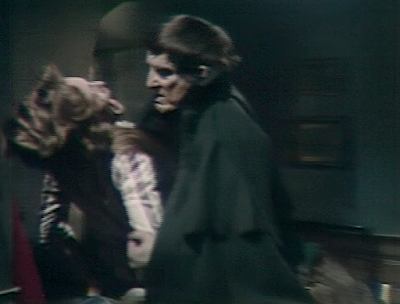 Trask stands outside his room, and decides to return to prove he's not afraid of the witch. He lights a candle and walks through the room, shocked to find the dead body of Maude lying on his bed. 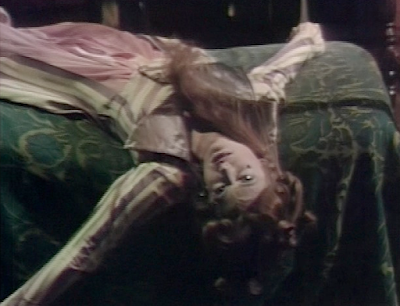 Christine: Reverend Trask ought to know...

John: I'm trying to figure out what Nathan is planning. He's got pretty solid evidence that Barnabas is the strangler, but he's not shared that with anyone yet. Is he somehow thinking he can use that information to help Vicki? Or has he all but forgotten about her by now?

Christine: Nathan is all about acting in his own self interest and it's doubtful he has any intention of helping Vicki. He'll probably try to squeeze Barnabas for cash or jewels or both.

John: Once again, it's nice to see Trask get a taste of his own medicine as Barnabas torments him. I wonder if he'll succeed in blaming the witch for the dead prostitute in his bed...

Christine: Trask is in quite a pickle. In case you were wondering, it's Timothy Gordon's hand that returns to torment Trask. You may recognize it as the hand that first grasped Willie by the throat in Episode 210.

It's hard to imagine Nathan of all people turning down an invitation like that from Maude.

Yes, that was an unlikely scenario, but it would have made it difficult for Barnabas to strangle Maude. It was odd that he didn't force her to tell him who had his cane before choking the life out of her.

She was only in 2 episodes, but actress Vala Clifton got to do the opening narration for both! Guess it was because they had no other females in these particular episodes.