Willie returns to Collinwood, and Jason asks where he's been and what he's been doing. He says he knows he's planning something, and while admiring the portrait of Barnabas Collins, he tells Jason that he doesn't know what he's talking about. Jason tells him to look at him when he's talking to him. He says he knows he's up to something. He asks what Barnabas' painting means to him, and why he's been reading up on the Collins family. He says he's up to nothing, and Jason says the bible he could swear on will never be written. Jason says that he should have Willie's money in a few minutes, and he wants him to go upstairs and pack. Liz asks Jason to meet her in the drawing room. Willie goes upstairs to pack. 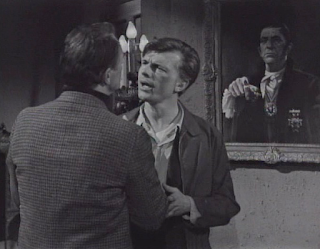 In the drawing room, she throws down an envelope with the cash for Willie. She tells Jason to get Willie out of the house immediately.

In the garage, Willie fills a bag with tools.

Back at the cemetery, Willie makes his way to the Collins' tomb.

Vicki checks in on Liz. She asks how much longer they'll have to put up with Willie Loomis. She explains he'll be leaving right away. She asks if Jason is going with him, and she says no. Vicki asks what made Willie want to leave. She says he's been asking all about the Collins' family history. She says he's been fascinated by the portrait in the foyer. Liz says that's Barnabas Collins. She can't understand why Willie would be so interested in jewelry that only exists in a painting. 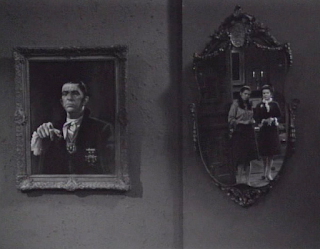 Willie breaks into the tomb and looks around. He reads the names on the markers. First Joshua, then Naomi, which excites him. He attempts to open her crypt, but it's too heavy. He grabs a crowbar and attempts to pry it open. He's still unsuccessful. He starts to hook up a winch and stops when he hears the heart beating again. 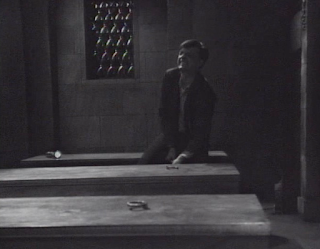 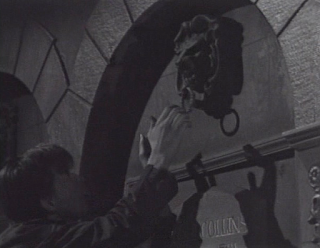 Liz asks Jason if Willie is gone, and he says he's packing. Liz asks if he gave him the money, and Jason says he's still looking for him.

Willie is frightened by the sound in the tomb. It stops, and he resumes his work. He attaches one end of the winch to a ring in a lion's mouth on the wall, and it opens a secret door in the crypt. He goes into the secret room with his flashlight, and finds a coffin wrapped in chains, padlocked shut. He begins working on the padlocks. 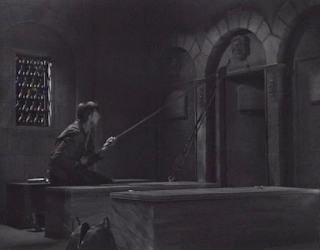 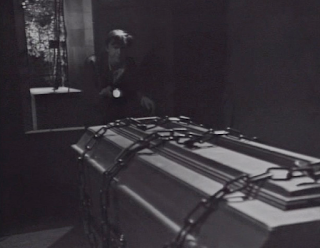 Jason comes into the drawing room and sits by the fire. Vicki gets up to leave, and Jason says that things will be back to normal once Willie has gone. She says she saw him leave with a bag. Jason is surprised, as his things are still in his room. He says he couldn't have left, and stops short of telling Vicki he has money for him. 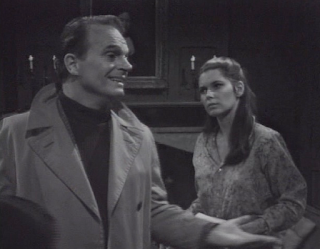 Willie breaks the remaining padlock and removes the chains from the coffin. He starts to pry it open and the heartbeat stops. He has a gleeful smile on his face as he lifts the coffin open. His smile turns to terror as a hand wearing a ring reaches out to clutch his throat. 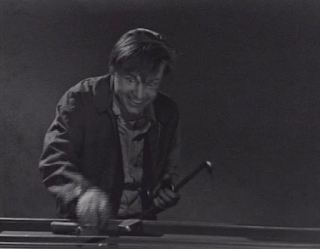 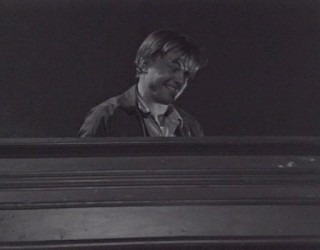 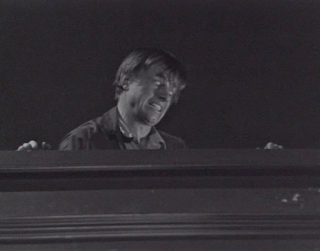 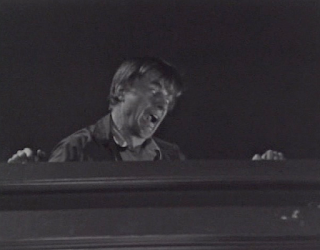 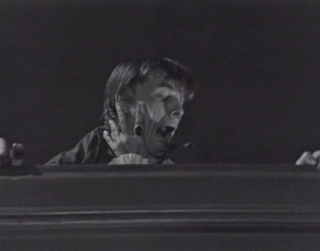 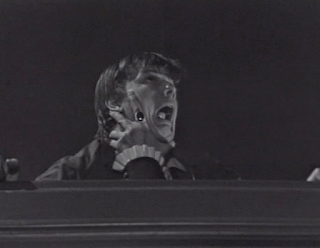 John: Jason is too smart not to have figured out what Willie was up to, but we'll forgive him that oversight, as it might have otherwise prevented the unleashing of Barnabas Collins. 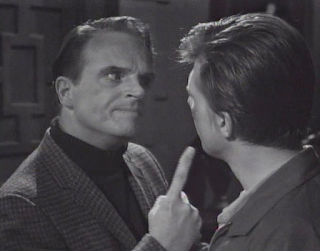 Christine: I wonder where the Eagle Hill Cemetery Caretaker was today, what with all the noise Willie was making in the tomb.

John: Liz introduces Vicki to the portrait of Barnabas Collins. Strange that they never address the fact that portraits come and go; particularly what possessed someone to put Barnabas' in such a prominent spot, right before his arrival in Collinwood.

Christine: It helped that Barnabas switched his ring to his left hand so we could recognize it when he reaches up to give Willie a good throttling. Willie's expression when he unlocks the coffin reminds me of Dwight Frye's Renfield from Dracula. 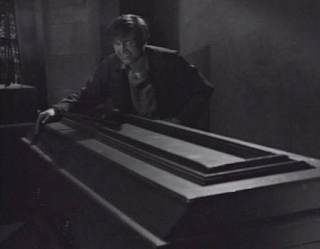 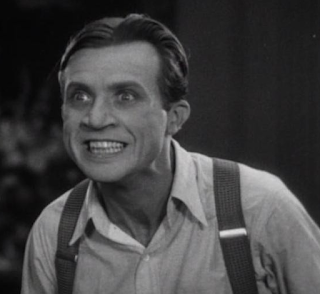 John: This will certainly prove to be a turning point in Willie's life. Now that I've experienced the pre-Barnabas Willie, I'm very interested in seeing the change he goes through in the upcoming episodes.

Christine: It appears we'll not have the privilege of seeing any more slates at the beginning of episodes. You can enjoy the first 35 slates in this video. 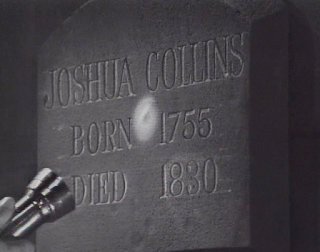 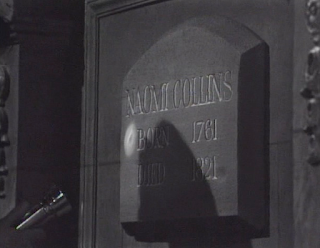 I sense a dark stranger about to descend on Collingwood. :-)

I miss the slates. I loved those.

Me too, Dave. It was fun to see actors pose with the slates, and interesting to note when episodes were recorded and aired. I miss Bob Lloyd's voice. His first slate was the best: "Yes, I'm here, what do you want me to do? I can't see the slate!"