Late at night, Maggie stands alone in the drawing room. Mrs. Johnson comes in, and Maggie asks her about the man she saw at the cottage. She explains that she saw the same man in the West Wing. Maggie then tells her that they are the only ones who believe he exists. 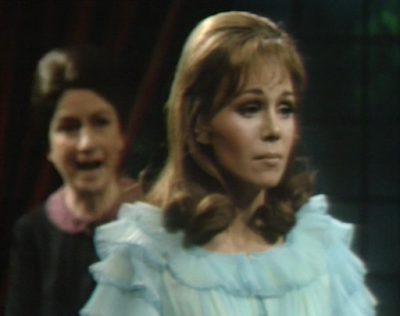 In the storage room, Quentin stands near Mr. Juggins. 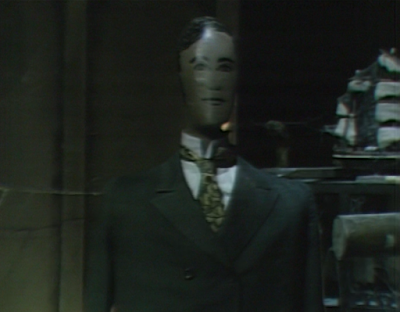 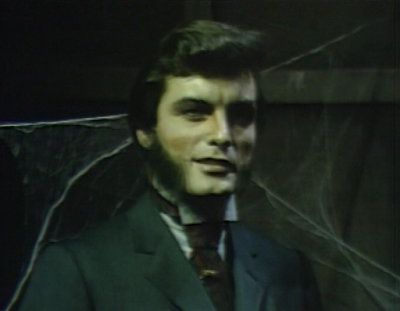 Maggie explains that she, Liz and David went back to the West Wing, where they saw a mannequin that David says was what she saw. Mrs. Johnson says the kids are responsible, and Maggie suggests that the mysterious man may be controlling the kids. Before she retires for the night, Maggie tells Mrs. Johnson to lock her door. She goes upstairs, and Mrs. Johnson turns out the rest of the lights. 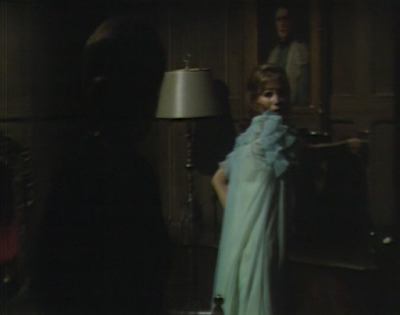 In a dream, Maggie returns to the West Wing and goes before Mr. Juggins. He disappears and Quentin appears in his place. She asks who he is and what he's doing there. He smiles and pulls a scarf from his pocket, which he places around her neck and chokes her until she is unconscious. 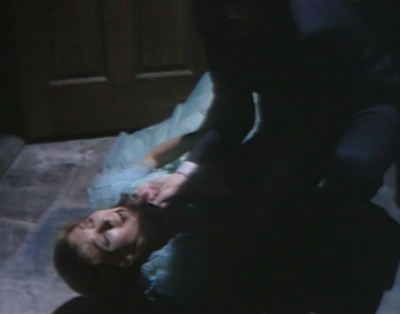 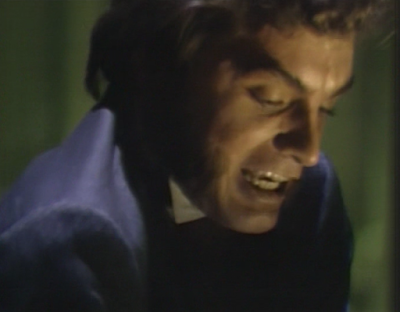 Maggie tells Barnabas about her dream, which she sees as a warning to leave Collinwood. Barnabas tells her that he believes she saw the man, and he thinks the man is a threat to the house. Barnabas tells her that he and Julia saw a woman dressed in old clothes who led them to Chris when he was very ill. He tells her he will call Professor Stokes, and invite him to come tonight when the others will be gone. Maggie is relieved that he believes her. He sends her off to tend to the children. 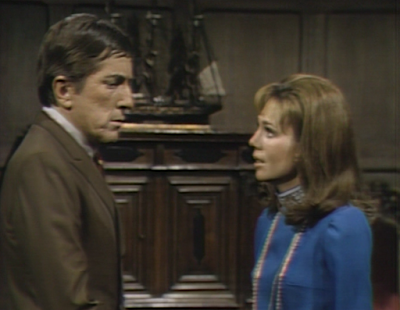 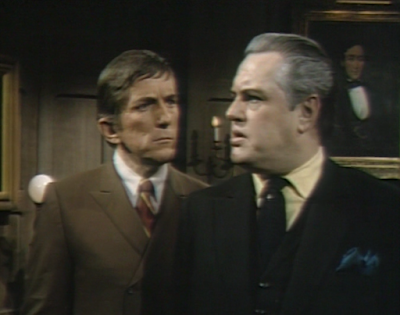 Maggie tells Mrs. Johnson that Liz and Carolyn have taken the kids to Bangor for the night. As they talk, Mrs. Johnson picks up a scarf on the desk in Maggie's room. Maggie sees it and recognizes it from her dream. She explains that she was strangled with it in her dream. 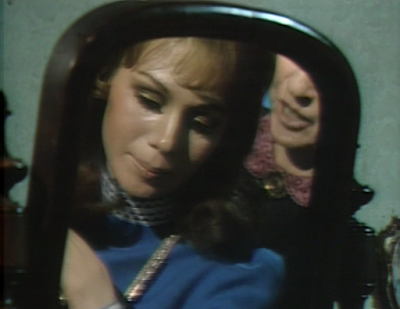 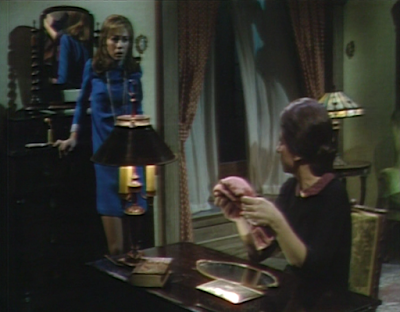 Maggie shows the scarf to Stokes. He tells the group they will communicate with Findley, the medium who died in Collinwood. Mrs. Johnson is a reluctant participant, but Maggie convinces her to assist. Stokes provides the instructions, and begins the seance. 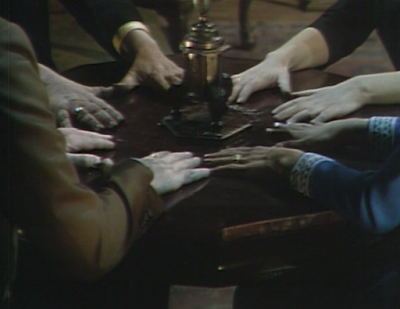 He calls to Findley. Mrs. Johnson breaks the circle with her hands. An invisible ghost makes its way downstairs and into the drawing room. She begins to speak through Mrs. Johnson. She speaks of the children, a panel, and the room she found where 'he' killed her. Mrs. Johnson then passes out. 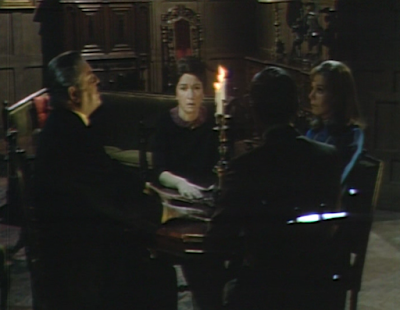 John: I can't find myself getting too scared by Mr. Juggins, as he looks to me like the inflatable pilot from Airplane! 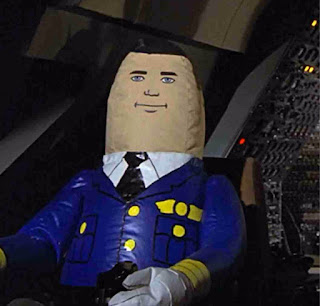 Christine: Somehow that makes him seem scarier to me, but perhaps that's because I'm imagining him with mutton chops. 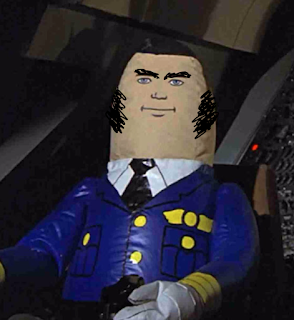 John: As long as Quentin only kills Maggie in her dreams, does that mean he's living up to his promise to David not to harm her?

Christine: As someone who manipulates children to murder, I wouldn't expect him to keep any promises made to them.

John: I'm beginning to think we need to have a Dark Shadows seance tracker... how many is this now? And haven't they yet learned that they never end well for someone who participates?

Christine: I agree! This is the tenth séance on the show and the fourth conducted by Stokes. Most of their séances have yielded good information, though the medium does tend to suffer a bit.

Episode 365: Roger conducts; Liz, Julia, Vicki, Carolyn and Barnabas participate; Sarah Collins speaks through Vicki after Carolyn pretends Sarah is speaking through her; Vicki is transferred to 1795; held in the drawing room at Collinwood