Barnabas proceeds to grill Ned, asking where he's from. Ned says he's not surprised Chris didn't mention him, or his sister, to whom Chris was engaged to be married. Julia asks if the engagement was broken off, and he says that one day Jennings disappeared, and his sister was in no condition to tell him what happened. Julia asks if she's dead, and Ned says that's might be the logical conclusion. Ned asks if he's making them uncomfortable. Julia asks him what he does for a living. Ned explains that he's been traveling around the country for the last few months. Barnabas asks if he came to Collinsport looking for Chris. Barnabas points out that it's late, and Ned says he's happy to wait on his own. They explain that would be improper. Julia asks Ned about his sister, but he won't say more. He tells them he's going to wait until Chris comes through the door. 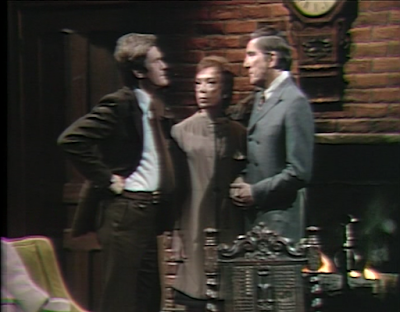 David calls for Quentin in the drawing room. He says that Quentin killed Mr. Braithwaite, and now he can't sleep. He says he's had nightmares about Braithwaite blaming him for his death. He says he won't do anything Quentin asks anymore. He starts to hear the Victrola play, and he sits down at the desk and begins to write a note. 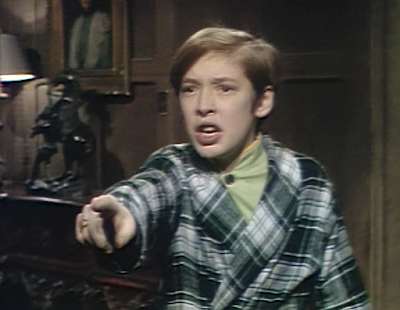 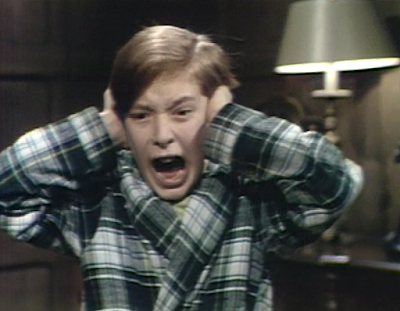 Maggie turns off the light in the foyer, and is about to head upstairs when she sees a light in the drawing room. She finds David up sitting at the desk. He tells her that he's not very tired. She asks him what he was writing, and he tells her he was writing a story. She tells him that he needs help, and they both know it. David tells her she's pretty, and says that someday he may write a story about her. She asks to see the story he just wrote, and he refuses. She asks what it's about. David says it's about a man who was put under a curse by a wicked woman, that made him turn into an animal and kill the people he loved. He then found a secret room where he would be safe from the curse. And then someone let him out, and he was killed by a hunter in the woods. She tells him it's time to go to bed and he yells at her and runs out of the house. She calls for him to come back, and then leaves the house to follow him. 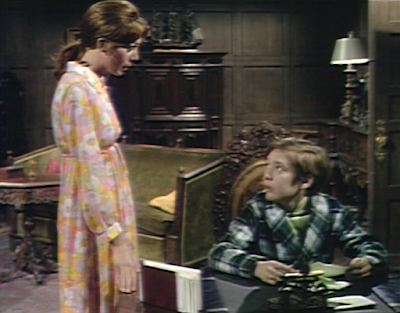 Ned asks what kind of work Chris does, and Barnabas says he's working for the estate. They agree that Chris is probably not coming back tonight, and Ned agrees to leave. After he leaves, Barnabas wonders if he knows Chris' secret. Julia says he can't possibly know. Barnabas says they have to get to the mausoleum in the morning to warn him about Ned. 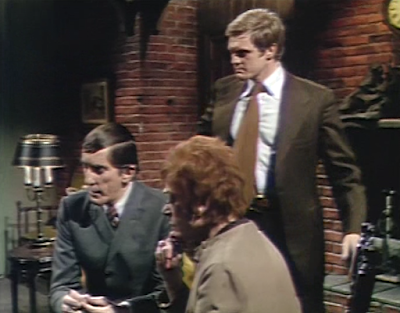 Maggie is in the woods looking for David. She runs into Ned, who she thinks is Jeff. He assures her that he's not. He says he heard her yelling and he thought she was in trouble. She explains she's looking for David, and he offers to help her. She asks what he was doing in Collinwood, and he tells her he came to visit Chris. They go off together to look for David. 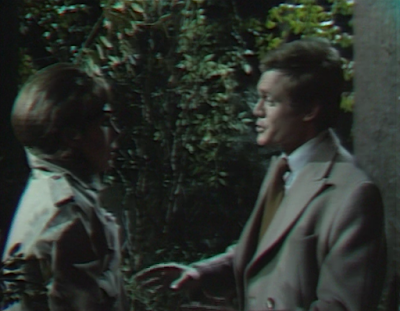 Back at Collinwood, Julia asks if Barnabas thinks Chris killed Ned's sister. She fixes herself a drink, and he says he'll be back for her in the morning. She picks up a note and tells him not to leave. 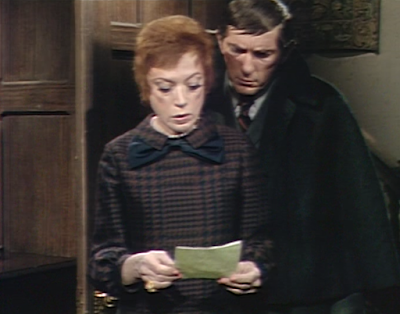 Ned and Maggie continue their search for David. After they pass by, he comes out of hiding.

Barnabas reads the note, and says if they take it seriously, David knows Chris' secret. Julia doesn't know how he could. Barnabas suggests he may have been under the direction of the other spirit in the house. Julia asks if David will let Chris out of the secret room, as described in his story. Barnabas goes looking for him. 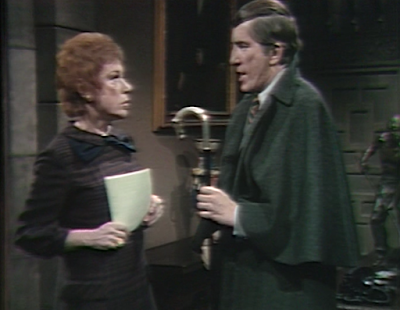 Maggie explains to Ned that David won't be scared to be alone in the woods. She says she's going to go back to the house to call the police when they hear a rustling. Ned pulls out a gun, and then says it was just an animal. Maggie asks why he has a gun. He explains that it's because of what he heard about animals in the woods near Collinwood. 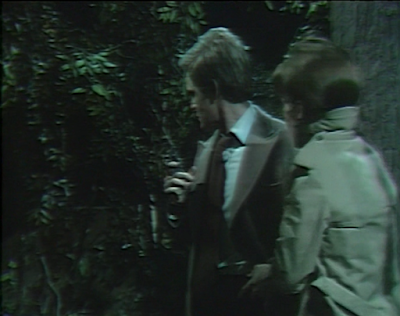 David arrives at the mausoleum and hears growling coming from the secret room. He starts to pull the lever to open the secret door. 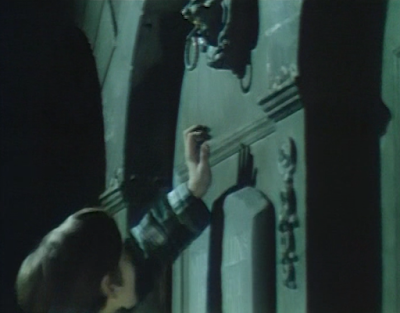 John: Ned has adapted quickly to being the local Jeff Clark look-alike, explaining his similarity to Maggie in the middle of the woods. Except now we also know that this Jeff Clark-alike is a gun toting version.

Christine: I wish they would have given him a fake mustache or something to at least make him appear different since he does not seem to act any different than Jeff Clark. He'll be grabbing his head in no time.

John: Why would David look for Quentin in the drawing room? He's got his own room in the West Wing! Nice thing for David Selby that Quentin's ghost can still show up on his days off. 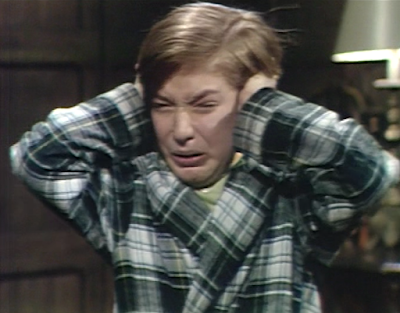 Christine: It is one of the advantages of being a ghost to not have to appear in corporeal form when it suits. David Henesy is holding his own quite well with the unseen ghost.

Christine: Or will Ned shoot Barnabas, David or Maggie accidentally? My only hope is that Maggie doesn't start dating Ned Stuart.
Posted by John Scoleri at 6:00 AM