Maggie goes upstairs to look for David and Amy. She doesn't find them in David's room. After she leaves, his door opens on its own. Downstairs, the front doors blow open. Maggie closes them, and hears a man laughing. The door at the top of the stairs opens. Maggie goes into Roger's study and calls for David and Amy. She doesn't find them, and shouts out that she's not playing hide and go seek with them. She hears another door close, followed by a man's laughter. She goes back into Roger's study and closes the door behind her. She hears footsteps outside the study, and hears the kids' maniacal laughter. The doorknob turns as Maggie is terrified. David says they know she's in there, and asks if she can hear them. Amy tells her to come into the hallway so she can meet someone. David says that the person really wants to meet her, and Amy adds that he won't hurt her. 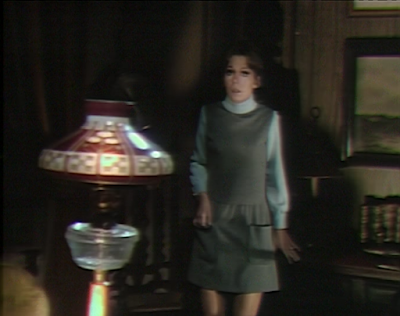 David asks why she won't answer them. Amy says it's dark and they're scared, and asks her to open the door. Maggie opens the door and the two come in dressed in period costumes, followed by the man she saw in the West Wing. She asks who he is and what he wants. David says it's Quentin, and he's not going to hurt her. Quentin takes a scarf and approaches Maggie as if to strangle her. David and Amy plead for him not to hurt her. Maggie screams and collapses. 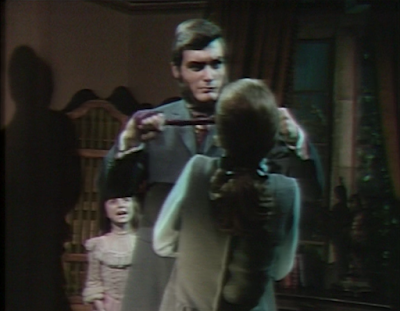 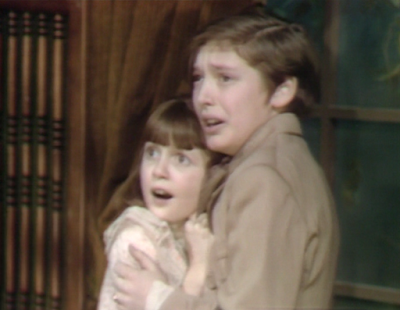 Mrs. Johnson appears in the doorway and sees Quentin. Liz comes in right behind her, but Quentin disappears before she sees him. Mrs. Johnson explains it was the man from the cottage, but Liz doesn't believe it because they entered the room together and she saw nothing. Mrs. Johnson asks the kids to tell her that they saw the man, too, and David denies that they did anything, and says it wasn't their fault. She grabs his arm and asks him to tell his aunt. David runs to his Aunt. She tells Mrs. Johnson to take the kids upstairs. She says she'll lock them in David's room, but then she's coming back downstairs. Liz kneels by Maggie and tells her she'll be alright. She picks up a scarf lying next to Maggie. 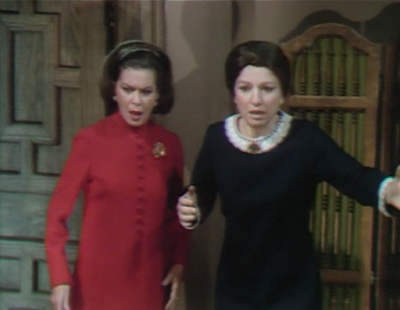 The kids ask Mrs. Johnson not to leave them upstairs. David says he'll hurt them. She says that they did see the man, and she's going to tell his aunt that they said that. Mrs. Johnson walks around the room to show them that there's no one in the room. David tells her that she doesn't know. They plead for her not to leave them alone, but she locks them in David's room. Amy asks him what they're going to do. David says Quentin is going to come back and punish them. 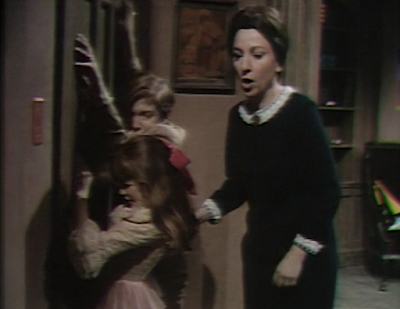 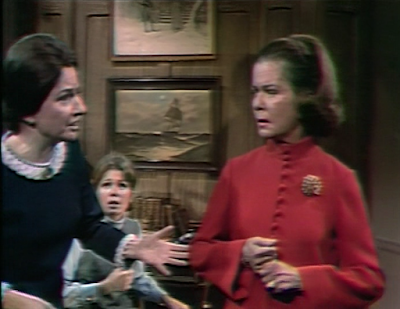 David says they have to tell someone, and Amy says Quentin will hurt Chris. David says he tried to kill Maggie, and then he turns to find Quentin. They tell him they don't want to play the game anymore if it means hurting people. Quentin waves his hand in front of Amy's face and she screams and covers her eyes, saying she can't see anything. Quentin approaches David, who promises to do whatever Quentin asks. 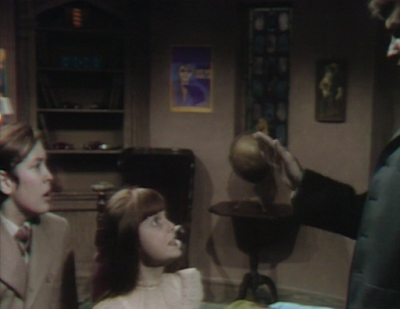 Liz comes upstairs and hears Amy screaming. She unlocks the door to David's room and asks what's going on. Amy is clutching her eyes and says she can't see anything. Liz tells her to stop covering her eyes, and she can see again. David tells his aunt that it's all Maggie's fault. He says she made them play a game they didn't want to play, and said there was a man in order to scare them. Liz says she's going to get Julia, and David asks her not to leave them. The kids then start begging Quentin not to hurt them, and Liz suddenly believes Maggie that they are possessed. 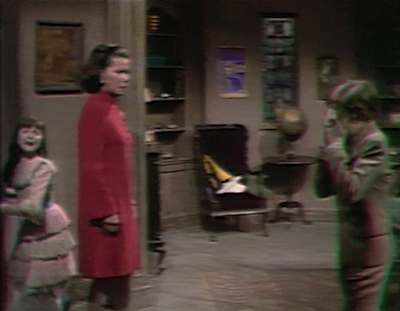 Liz returns from the old house. She tells Maggie that Julia wasn't there, and asks her to call Professor Stokes. Maggie says the children are upstairs with Mrs. Johnson, as they didn't want to be in the same room as her.

Upstairs, Liz is outside David's room when the house falls completely silent. Mrs. Johnson comes out of the room and tells Liz to come in. She says the kids were screaming, and suddenly collapsed. She says the house is quiet as a tomb, and something bad is going to happen. They begin to hear music play. Mrs. Johnson asks where it's coming from. It gets louder, and Amy and David start to stir. David looks at his aunt and tells her it's too late to be afraid. He begins to laugh, and they also hear the laughter of a man. 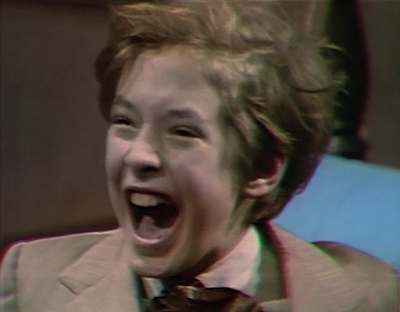 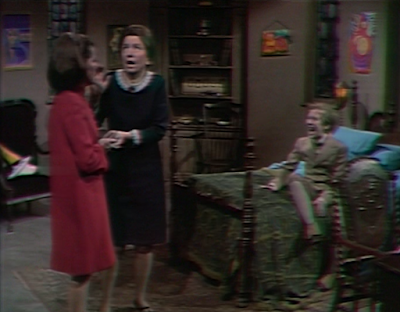 John: I wonder what Quentin's beef with Maggie is? She's not even a Collins! I'm a bit surprised that he wasn't able to get his scarf around her neck in time to strangle her before the others arrived. Perhaps he's out of practice? I'm beginning to wonder if he used a similar technique on Beth back in the day...

Christine: Just like Findley and Braithwaite, Maggie is interfering with his plans, which seem to have evolved. First he wanted vengeance on the Collins family, now he wants to drive them out of the house. At the same time, he is trying to murder Chris Jennings, along with anyone who stands in his way.

John: I want to know why didn't Amy's blindness persist the way David's burn did? Does Liz have special powers that we're not yet privy to?

Christine: It may have been the power of her love that afforded them some protection against Quentin's evil influence.

John: Will Liz finally experience a supernatural encounter in Collinwood? If so, it's been a long time coming! I'm anxious to find out if she's familiar with her old ancestor Quentin.

Christine: What do you mean? She just recently realized that Cassandra put a spell on her that made her appear to be dead. Also, don't forget about the time the Widows encouraged her to take a flying leap from Widows' Hill, though Quentin's efforts are beginning to make both of those incidents seem pretty mild in comparison. What an ominous ending to today's episode. David's wild hair and crazy laughter at the end was a sight to behold.