Daphne goes looking for the room in her dream. She finds a room with the wedding dress she was wearing in the dream lying on the bed. Carrie finds her in the room and asks if she's exploring, too. She sees the wedding dress and says it's beautiful. She asks whose it is. Daphne snaps at her, telling her to put it down. She suggests that they return to the other wing. Carrie says she thinks the room will be an important place.

After they're gone, Gerard comes into the room and picks up the wedding dress. 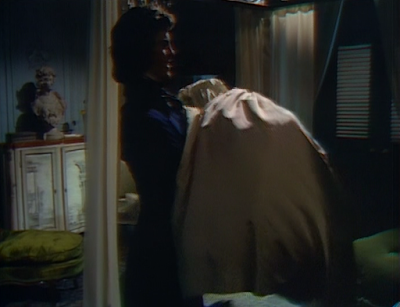 Trask tells Gerard that the trial against Quentin needs to move faster. He suggests that Dawson should put him on the stand. Gerard says he has little influence in what Dawson does. Trask says that Barnabas should be charged alongside. Gerard says they have no case against Barnabas. Trask says Barnabas had some strange power over Roxanne. Gerard reminds Trask that he was in love with her. He admits it, and says she was a vampire. Gerard says that in order to be a vampire, one has to be bitten by one, and Quentin is not. Trasks asks if Barnabas could be. They agree they must find out. Gerard says Flora has investigated vampires for her new book on vampirism, inspired by Roxanne. He says they will visit Flora, but they must not mention Barnabas. 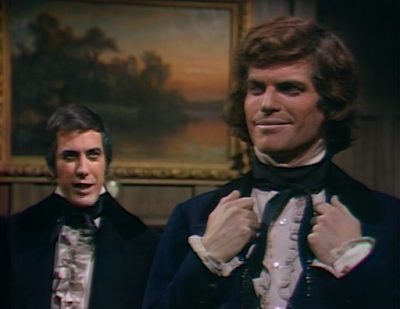 Trask leaves and Daphne enters. She turns to leave, and when Gerard stops her, she says his friend Dawson hates Quentin. Gerard says he takes his job seriously, and wants to win the case. Gerard says he pleaded with Dawson not to take the case, and he is no longer his friend. Daphne apologizes for saying what she said to him. He asks he why she didn't mention seeing Joanna. She points out that she didn't see her — only Samantha did. He asks how long before she will trust him, and she says she cannot answer that. He tells her that he loves her, and kisses her forehead. He says that someday she will find out how much she loves him, and they kiss. 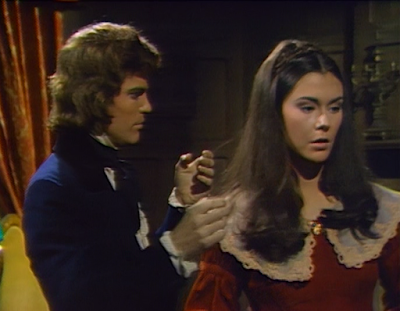 Flora tells Jeremy that she's needed an accountant for some time, but his father won't be happy that he's working for her. She points out that he's nothing like his father. He asks her if Carrie Stokes is old enough to be courted, and she says of course, but he could talk to Quentin, first. He says he's the last person Quentin would want to see in jail, and she suggests he talk to Gerard. He asks if she has something 'terribly important' to justify his going to Collinwood. She gives him some books to return, and wishes him luck with Carrie. 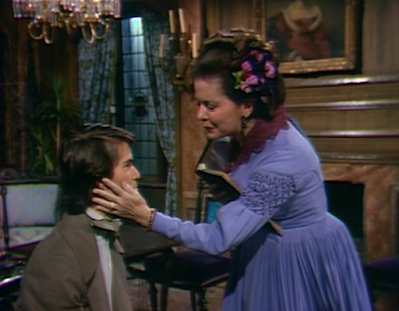 Later, Trask and Gerard speak with Flora about her new book. Trask asks if she's found anything in her research, and she tells them there was a vampire in Collinsport in 1796-1797. Trask says that was when his father was in Collinwood. Gerard asks her who lived in Collinwood in 1796. She says Daniel was a child, Ben Stokes, and Banrabas' father lived in the old house before moving to England later that same year. She tells Trask that his father disappeaaed the day before he was going to make a statement about the attacks. Trask says that's the reason he was never heard from again. Flora says that if Daniel were alive, he could help. Gerard points out that Ben could as well, considering that he was Barnabas' servant. 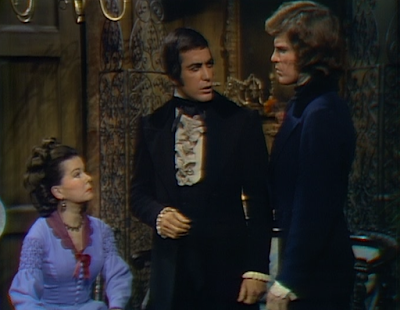 In Collinwood, someone sneaks up behind Carrie and covers her eyes. She turns and is surprised to see Jeremy. He jookingly says he killed his father. She points out that his father may kill him if he finds out where he is. Jeremy points out that he is now working for Flora. The hear Trask talking, and Carrie shuts the drawing room doors. She tells Jeremy to hide. Trask and Gerard come in, talking about there being no history of Barnabas in England. They mention they're looking for a book of her grandfather's, and she says they're welcome to check his room. After they leave, Jeremy comes out, and tells her where to meet with him later. 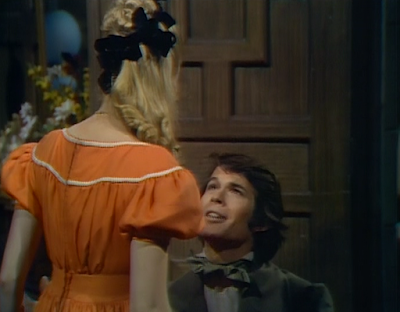 Trask reviews Ben Stokes' journal. Gerard admires the portrait of Barnabas' father, pointing out they could be the same man. Trask says that if he is a vampire, they may be the same man. Gerard points out that Stokes' journal makes no mention of it. Trask reads an excerpt about his father finding out about a secret in the basement of the old house. Trask adds that he was in the basement the day that Randall destroyed Roxanne. He says Barnabas locked him down there, and he heard sounds of rattling chains behind a brick wall. He's convinced that he heard his father's spirit trying to reach him. Gerard says they must go to the basement. 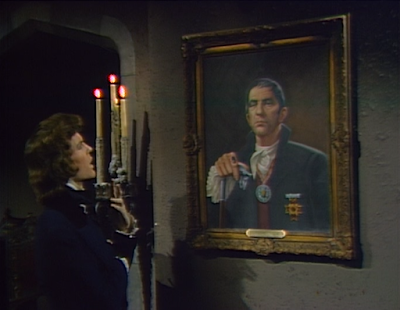 Trask and Gerard take down the brick wall in the basement of the old house. It reveals a skeleton. Trask says at last he has found his father's resting place. Gerard asks if they can prove that it's him. He searches the skeleton and finds a note. Trask says Barnabas Collins killed his father, and takes the note from Gerard, hoping it will explain why. 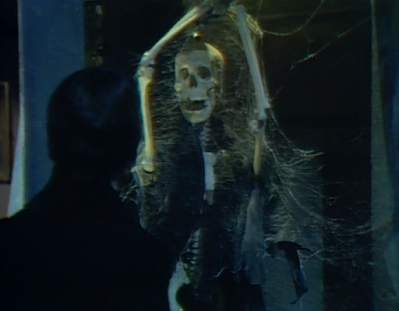 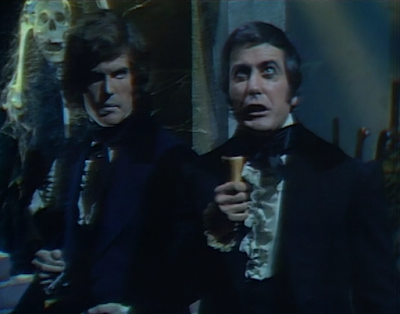 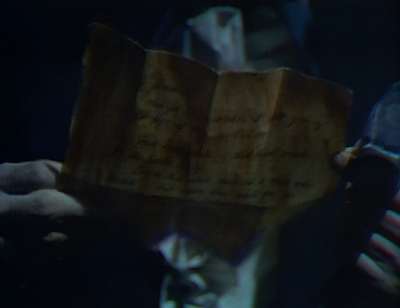 John: So do you think Jeremy will ask Gerard's permission to court Carrie? Or is he just going to take advantage of the fact that Quentin is in jail to run off with her? Of course he can't leave his great job with Flora behind. Perhaps they'll live happily ever after in Rose Cottage, assuming Ju-rard gets his way...
Christine:  I expect there to be some kind of Romeo and Juliet shenanigans that is destined to end in tragedy.
John: It's always amusing when the writers lead a character right up to the cusp of making a revelation (Barnabas looking exactly like his 1979 counterpart, someone being a vampire, no documentation of a Barnabas is London, etc.), and then don't bring it all the way home. With all the evidence against him, wouldn't it be obvious to anyone looking for a vampire that Barnabas is their man?
Christine: Perhaps they're leaving it to the senior Trask's note to make that revelation.
John: Amusing that they had removed half of the brick wall before they realized there was a skeleton behind it! What do you think happend to Papa Trask's clothes? I find it hard to believe they would turn to dust in 43 years... particularly if a note he was carrying survived.
Christine: The question truly is whether or not this is the same skeleton that was behind the wall the last time Jerry Lacy discovered it. At that time, he had no clothes at all, yet in both instances, all his bones still held together!