Quentin is standing over Mrs. Ward's dead body when Trask walks in. Quentin says he didn't do anything, and Trask tells him that he'll pay for this death, too. 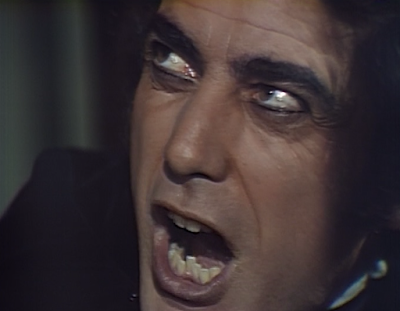 Daphne comes into the drawing room and Gerard points out that he's the new master of Collinwood. She points out that he enjoys upsetting everyone. He tells her that he'd like to explain. She says he took advantage of Quentin. He assures her that the truth is different. He says he will relinquish everything to Quentin when he returns. He adds that when Quentin returns, he will leave Collinsport, and she will go with him. She says that will never happen as Desmond walks in. Desmond says Samantha wants Gerard to stay away from Tad. Gerard says Tad is the only friend he has in Collinwood. Trask arrives at the house and says that Quentin has killed the jailer's wife with witchcraft. Desmond says that's ridiculous. Desmond says he'll go to Quentin to get the truth. 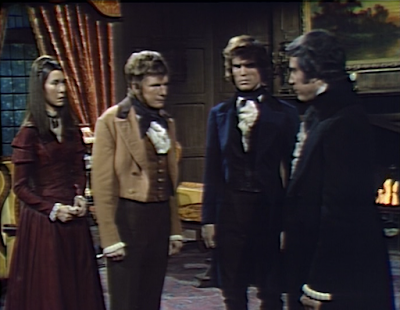 Gerard tells Trask he doesn't want the taint of witchcraft around Collinwood. He says rather than running around repeating what Trask says, he thinks it will be better for him to remain in the dark shadows.

Quentin asks Desmond if he thinks someone is really using witchcraft to frame him. Quentin says Trask isn't just claiming he's guilty of murder — he wants him to be charged with witchcraft.

Gerard tells Trask that Gabriel must feel important to be responsible for his father's funeral. Trask asks if he'll be at the inquest tomorrow, and Gabriel explains that  he has duties to attend to.

Desmond assures Daphne that Quentin will be free tomorrow. She hugs him. He tells her that Quentin is a lucky man. He adds that whoever is plotting against Quentin will not stop. Daphne says she thinks Gerard is responsible Desmond agrees. He asks her if Gerard knows, and she says he knows she doesn't trust him. Desmond suggests that she look for proof. They don't see Trask eavesdropping on them. 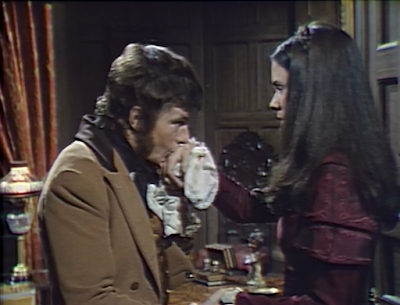 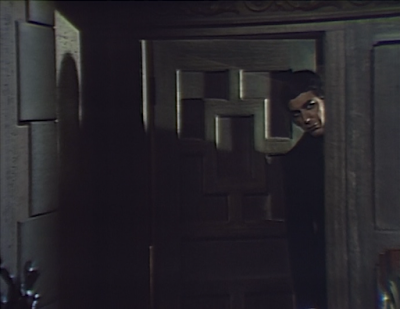 Trask tells Gerard that Desmond and Daphne are plotting against him. Gerard tells Trask to worry about the inquest, and sends him on his way. Gerard takes his Devil sigil and calls to Daphne. 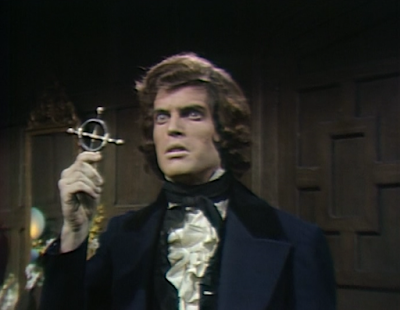 Daphne dreams. She comes downstairs wearing a wedding gown, surrounded by lit candles. She hears a voice telling her that she loves Gerard. She sees him waiting for her and runs into his arms. He tells her he has powers to share with him, and calls her to him, kissing her. Daphne wakes up and as she starts out of her room, she finds Gerard waiting outside her door. She asks what he's doing, and he says she called him. He invites her down for a drink, and she slams the door in his face. 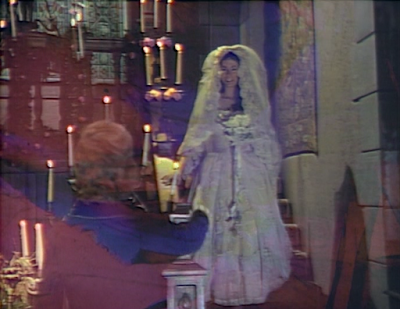 Desmond makes his case to the judge to dismiss the charges. The judge points out that he didn't ask the prosecutor to be present. He says he finds no conclusive evidence linking Quentin to Randall's murder. He dismisses the charges. Quentin tells Desmond that he can't believe he's free, and the judge stops him. He says he is not completely free, and invites Trask to enter. Trask hands him several depositions testifying that Quentin is a warlock. The judge adjourns the court to peruse the documents. Trask asks Desmond if Quentin is above the law because he's in league with the devil. 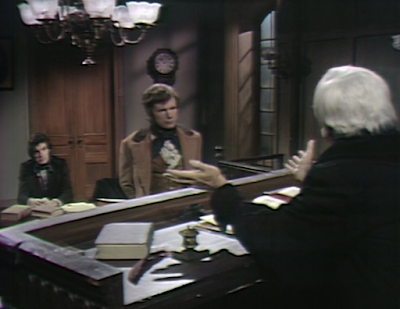 In his cell, Quentin assures Daphne that they'll be together. Desmond arrives and says that it's time. He says he has no idea what Trask is up to.

Quentin asks the judge under what charge he's being held. The judge tells Desmond he has no choice but to hold Quentin. He says that according to the articles of the statehood, a citizen can be charged with witchcraft if six depositions are presented. He tells Quentin that he is charged with witchcraft, and will be held without bail. He adds that if he's found guilty by a tribunal, he will be beheaded. John: After 1162 episodes, someone finally uttered the phrase, "Dark Shadows!" And boy, was it forced. And what does it even mean that Gerard is going to wait in the dark shadows? As opposed to the light shadows?
Christine: I believe the dark shadows referred to here represent the basest evil in existence, which Gerard represents, being son of Satan and all. He is essentially admitting to Trask that he's evil, and just like his dear old dad, Lamar fails to recognize the inherent evil standing before him.
John: Seeing Daphne in the wedding dress makes it sure seem like had Victoria stuck around, she would be the one portraying the governess of Collinwood, circa 1840. Of course, if Quentin gets beheaded, she's sure to take the leap off of Widow's Hill (another one for the Collinwood history books!). 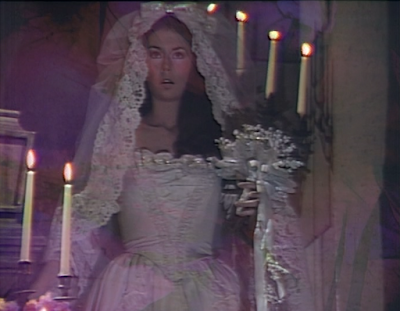 Christine: If Gerard takes full possession of her, she's not leaping anywhere unless he wills it. Incidentally, why is Quentin still wearing the devil's decoder ring? Hopefully his lawyer will suggest he lose that thing before his head is laid out on the chopping block. 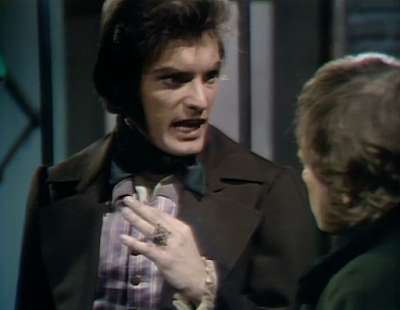 John: I was going to suggest we call upon our legal expert to weigh in on the judge's understanding of the law, but the judge seems too excited by the opportunity to behead someone, that he doesn't seem too interested in the fact that said law is not only archaic, it's downright laughable!
Christine: It's just the sort of thing we should expect from an ancestor of the late, great Dr. Eric Lang. Unfortunately, Addison Powell was not on long enough to truly get himself worked up to the fever pitch we've come to expect. 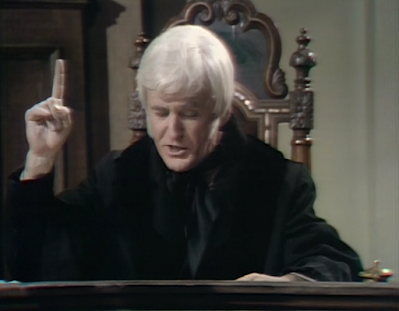