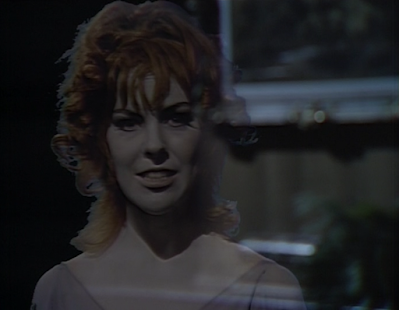 Leticia starts the seance. She calls for Roxanne to come to them. The doors swing open, and they hear Roxanne's voice. She appears as a ghost. She says she has no rest. Leticia asks if she'll tell them who made her a vampire, and she says yes. Barnabas is mildly alarmed. She says, "Angelique," and Leticia passed out. Flora points out that Barnabas recognized the name, and he says his mother's name was Angelique. He says she was an unusual woman, a free spirit. He says she traveled back and forth between Collinsport and England. He excuses himself and runs off. Flora tells Leticia that she doesn't believe him. She points out that Trask doesn't trust Barnabas, and she doesn't trust his explanation. Barnabas eavesdrops on the remainder of their conversation from just outside the room. 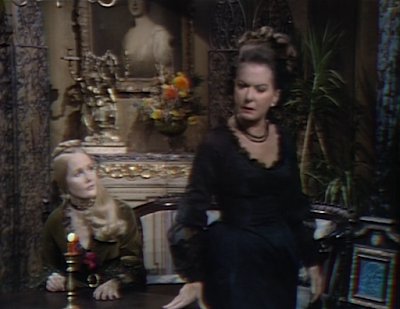 Barnabas returns to Collinwood and tells Angelique that Roxanne has identified her. He says Leticia held a seance, and Roxanne's spirit named Angelique as making her a vampire. He reminds her that Angelique was the wife of Barnabas Collins in 1797. Angelique asks if love brought him to her, or if he's afraid that if she's discovered, he will be, too. Barnabas says that she could save Quentin from his trial, and she says that Quentin is guilty, and the sooner he is dead, the better for all of them. Barnabas says he will go to the gates of hell to understand the evil inside her. She says he may have to do just that. 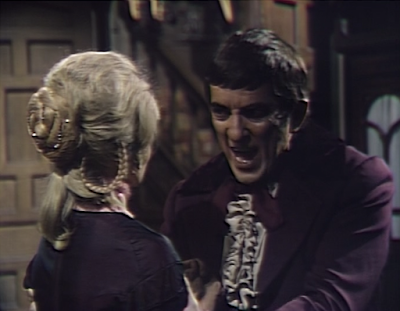 Gerard comes to Rose Cottage to see Flora. He asks her to spend more time at Collinwood. He says he need friends, since Samantha and Gabriel are anything but. He names her the official hostess of Collinwood. She asks him if he has seen the journal of Judah Zachery. He says he has not. Flora leaves to look for it as Leticia arrives and looks at Gerard suspiciously. He asks if something's wrong, and she says he knows better than she. She asks if he had anything to do with all the changes, and he says he was surprised, too. She points out that murders and attacks led up to the changes. She says she was chased home by villagers and called a witch. She says that they both know Quentin is not a warlock, and she asks Gerard if he is. He tells her that she's a dreamer. She asks him what he really wants, and he tells her that he wants her. He asks her to come to him, and she does. He flirts with her before bidding her goodnight. Flora returns and asks if Leticia thinks it's strange for the journal to disappear. Leticia tells Flora that Gerard is very different, and it frightens her. 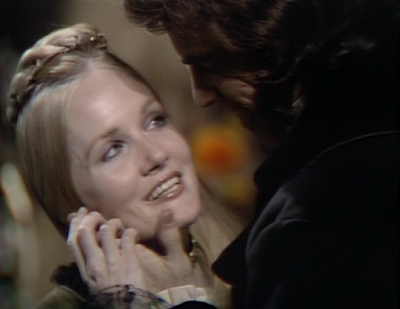 Gerard finds Daphne in the drawing room. She gets up to leave, and he reiterates that he wants Quentin to come back. She says that they both know Quentin is innocent, but the villagers don't. He says he will make them know. He takes her into his arms, and she says that he's trying to take her from Quentin, and it can't be done. He asks if she's taking his marriage to Samantha lightly. She says that they love each other, and asks Gerard to leave her alone. She walks out, and he takes out his Devil sigil. He says that in her dreams she will see how quickly hate is turned to love. 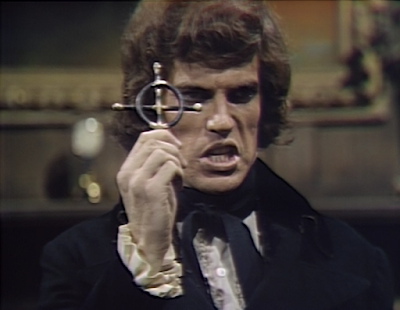 Daphne lies down on her bed and dreams. She sees her wedding to Gerard, and then the two of them making out on a bed. She tells him how much she loves him, and asks him to never leave her. She says she couldn't leave him if she wanted to. She wakes up calling Gerard's name. 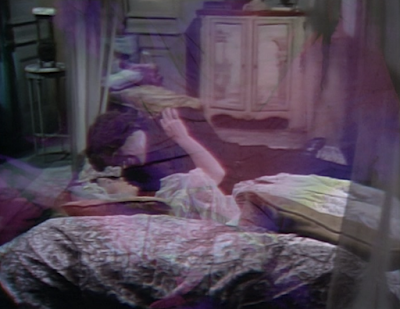 Gerard puts his Devil sigil away as Valerie returns to Collinwood. She asks to borrow the journal he mentioned to her; the journal by Judah somebody. He says that he doesn't have it. He says it belongs to Desmond and he appears to have misplaced it. She asks Gerard what Quentin was like on their sea voyage. He says Quentin was engaged in voodoo and witchcraft, and he says he was not engaged, but interested, as he also was. She asks about the ring with the Devil's mark. He says he was attracted to it, but not for the powers. He asks why she's asking so many questions, and she says that Quentin has changed. 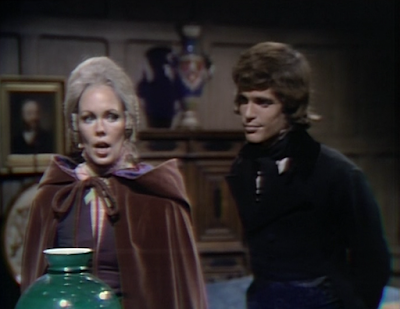 Daphne comes in, and Valerie excuses herself. Gerard invites Daphne to accompany him to the jail to see Quentin. She says she cannot leave Tad. Gerard asks for her help convincing people that he only took the position to help Quentin. She says that they don't ate him. He thanks her for comforting him. He says he needs her badly and leans in to kiss her, stopping at the last minute and telling her he has to leave. She's shocked that she almost kissed him. She sees another letter from Joanna. She reads it, and it says she is coming for her now, and doesn't want her to be afraid. She calls to Joanna, and begs her not to hurt her. The front doors of Collinwood swing open. Daphne goes to them and shuts them. 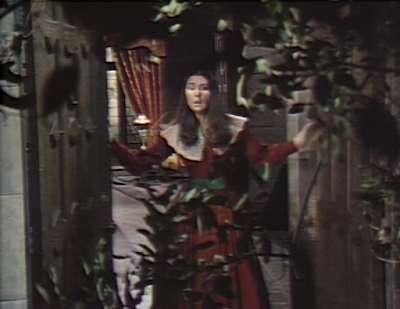 Back in the house, she finds Joanna's cape on the floor. She asks why she's doing this, and asks for her help to have the love that she once had. She begs for her sister's help, and when the doorway at the top of the stairs opens, she runs into the drawing room. 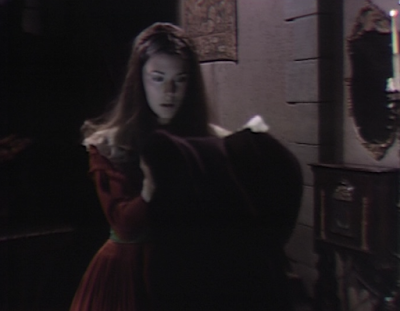 John: Funny how Barnabas had to basically own up to his mother being Angelique. But you think he would learn by now not to make up stories on the fly. Surely there's no record of her 'going back and forth to England.' If anything, he's all but implicated himself as the son of a vampire (which in and of itself might seem to make him a prime suspect). I assume everyone has forgotten the coincidence of his looking exactly like his ancestor's portrait?
Christine: Where is Julia when he needs her? His devotion to her must come from her ability to keep him out of this sort of trouble, being the brains of the operation and all.
John: I sure hope Leticia is playing Gerard, and not getting swept up by his charms again. But then, Gerard is playing all of the ladies, so it may be out of her control.
Christine: She may or may not be playing him, but despite his charm, she still seems to be aware that he is not what he seems. I have to wonder about Gerardudah, who seems oddly obsessed with foisting wedding night fantasies about him on Daphne. It's rather an odd thing to do for someone who is supposed to be evil incarnate. 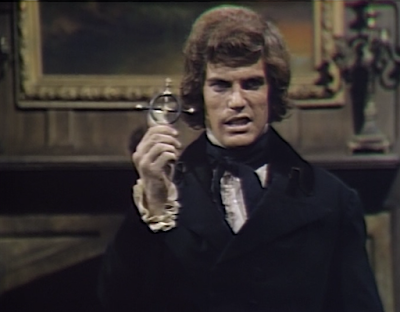 John: I have to admit I'm not particularly impressed with the Joanna's mystery-notes storyline. Perhaps she'll be the one to sweep in and save Quentin from being beheaded, and if so I hope she does it soon, because the random vague notes are getting rather annoying.
Christine: Joanna definitely needs to step up her game. The notes are tiresome and the discarded cape was not very impressive. Do some howling, make the portraits bleed, or cause some eyeballs to explode. Go big or go home, Joanna!
Posted by John Scoleri at 6:00 AM