Daphne brings the note to the oak tree. As she goes to place it, Trask grabs the note from her and says that he'll take it. She demands that he give it back. He grabs her and tells her that she will be called back to testify at the witchcraft trial. He tells her to renounce the warlock and ponder the direction her sad life has taken. She tells him that she would never do that. He tells her to leave before he turns her over to the authorities. 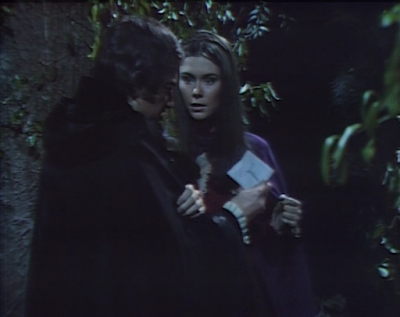 Julia returns to the old house, and Angelique tells her that she's responsible for the trouble Barnabas. Ju;ia reminds her that Barnabas would be dead if she hadn't lifted the curse. Angelique tells Julia she knows that she and Julia tried to reunite Judah Zachery's head and body. Julia asks how she knows Judah Zachery. Angelique explains how they met when she was young,  made her a member of his coven, and showed her how to use powers. Julia realizes that she is Miranda. Angelique explains how she testified against him, and upon his conviction, he swore to get revenge against the people responsible for his death, and their heirs. She says if Zachery killed Barnabas, he killed a Collins and the man she loves. 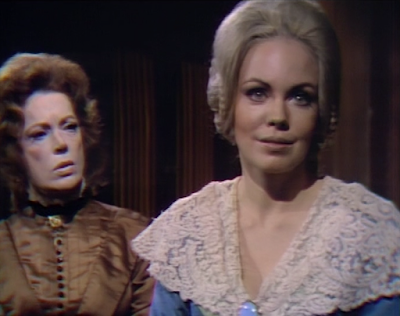 Julia points out that Zachery's body was destroyed. Angelique explains that he has possessed someone else. She was sure it was Quentin, and now she knows that it is not. Julia says Zachery must be possessing Gerard. Angelique says she suspected him, and then she foolishly decided it wasn't him. She says he must have made her see Quentin when she had a vision of who Zachery was possessing. She says that Zachery has some plan for her, and he's waiting to carry it out. Julia asks if she can use her powers to find Barnabas. She says she's not a clairvoyant. Julia decides to ask Leticia if she can use her second sight. 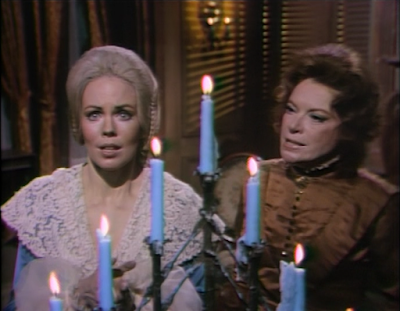 Daphne returns to Collinwood, and Gerard asks if she placed the letter. She tells him to stop playing games; that she knows he sent his friend Trask to find the note. She says his plan succeeded, pointing out that he was the only one who knew about the note. She says she now knows that he is the enemy, and that tomorrow, Quentin will, too. 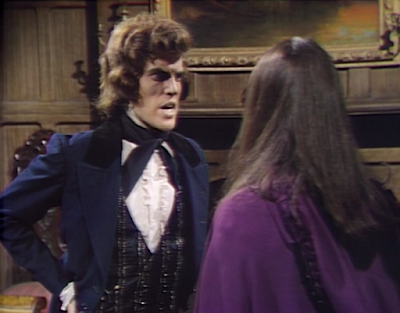 Trask arrives at Collinwood to see Gerard. Gerard says he shouldn't have come. Trask explains that he found a note from Quentin to Joanna that must get to Dawson. Gerard tells him to take it back to the tree. He says that it's evidence that Quentin is trying to connect with the dead. He asks Trask if it would be more impressive to prove that he was successful. Gerard says that Joanna will come to receive the letter, and then again to leave a reply. He says that they will be there to intercept the letter. He points out how impressive it will be when Dawson presents a letter addressed to Quentin from a dead woman. Trask says they would have to convict him immediately, and offer to take the note back to the tree. He leaves, and Samantha comes downstairs. Gerard tells her to come to him and she refuses. He kisses her and tells her she would be better to remember the days before Quentin returned. She pulls away from him, and he says that she's as clever as he is, and just as unscrupulous — using the letters to try and get rid of Daphne. He continues to kiss her, but she keeps turning away. He tells her to put on the cape and wear to the Oak Tree, and to bring him the note. He says that she will then write the answer to Quentin's note, and put that into the tree. He says she must, and they kiss again. Samantha leaves and Gerard pulls out his Devil's sigil and tells her to dream of him. 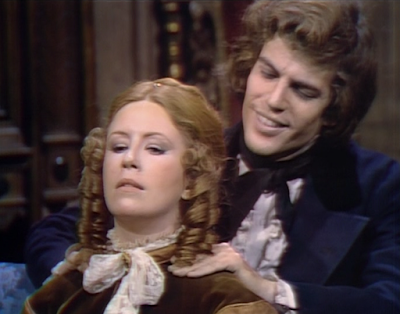 Daphne dreams of Gerard. She kisses him, and assures him that she loves him. They kiss, and she tells him not to ever leave her. Daphne wakes, having forgotten her dream.

Daphne goes into the drawing room and, ignoring Gerard, sits by the fire. He asks if she had a nice nap. He suggests that she go to Desmond to prepare for the questioning in the trial. She says she doesn't know why, but she's feeling differently about him now. He asks if there's anything he can do to comfort her, and they embrace. 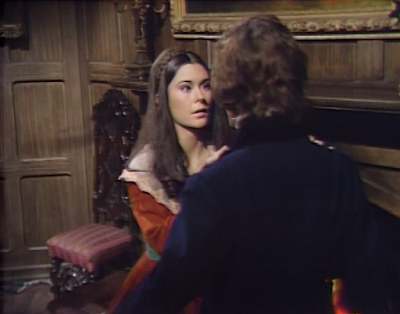 Julia tells Angelique that Leticia cannot see Barnabas. Angelique decides that she must go to Gerard, since he doesn't know that she knows he is Judah Zachery. She wonders if she can find the love they once shared if she tries.

Trask and Gerard return to the tree and find that the note is gone. Trask finds it hard to believe the spirit took it. Gerard tells him they must hide and give the spirit a chance to place her response, and they see someone in a cloak place a note at the tree. Trask can't believe it, but eagerly collects the note. He sees it's to Quentin, and reads it. Trask is convinced that Quentin will be beheaded. 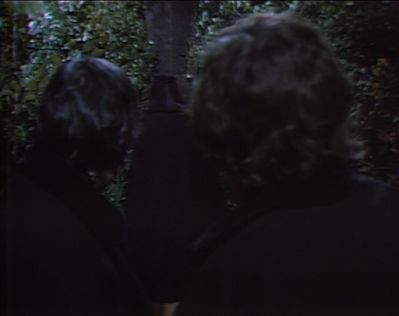 Back at Collinwood, Gerard laughs as he tells Samantha that her performance with the letter was brilliant. She explains that she went to the tree earlier and there was no letter there, so she wasn't able to leave a response. She and Gerard realize that Joanna must have returned. 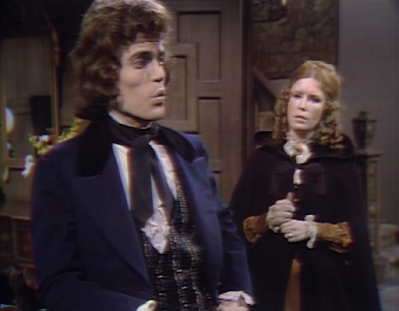 John: While I like the idea of Julia and Angelique working together, the sad fact is that they're not accomplishing much more than Julia and Barnabas do on their own. While I have trouble believing that Angelique wouldn't be able to use her powers to find Barnabas, it's doubly insulting that Leticia would fail as well. Do you think Jonathan Frid was taking an extended Christmas vacation? If they don't find an another way to locate him soon, he'll end up another skeleton for future generations to find!
Christine: Angelique has never had any difficulty finding Barnabas in the past, so it is hard to believe she can't find him now. I think it's just the writers' excuse to have her put the make on Gerardudah so we can see him try and juggle five women.
John: I'm getting a bit bored with Gerard's repeated dream-intrusions to remind Daphne to come snuggle up with him. Does his power really lack a long-term effect that necessitates his doing this every few days, or is he just too fixated on his devil trinket?
Christine: It's hard to believe he is as powerful as he's been made out to be when his imagination seems limited to having Daphne dream of making out with him every few days. He was able to get Edith to dedicate herself to Satan in far less time.
John: While it was amusing to see Gerard surprised by Samantha's revelation that she didn't place the note, why would that even matter to him? In terms of getting Quentin convicted and beheaded, aren't they just as well off to have the note actually coming from Joanna beyond the grave?
Christine: I have to wonder if Samantha is playing him by having him think Joanna was responsible for placing the note. It would be ideal if she were setting him up for revenge.
Posted by John Scoleri at 6:00 AM