Bruno arrives at the cemetery, looking for Angelique. He goes into the Collins's crypt and begins to hammer at the cover to Angelique's burial tomb. He is interrupted by Quentin and Alexis. Bruno says he couldn't think of a better way to prove the truth. He says he's sure the grave is empty. Quentin takes his tools and threatens to call the police. Bruno says he doesn't think Quentin will do that, as it will re-open a lot of the past. Alexis asks what he means and Quentin says he's trying to threaten him. Quentin offers Bruno $25,000 in cash for the deed to the cottage in order to get rid of him. Bruno says if he lets him open the vault, and her body is in there, he'll hand over the deed and leave forever. Alexis says she won't have her sister's grave defiled. Quentin tells him no, and adds that he's going to seal the mausoleum, and says that if it's tampered with he will go to the police. 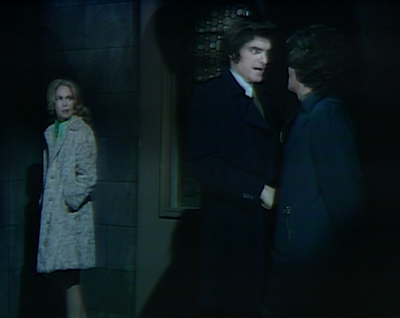 Bruno leaves, and Alexis goes to her sister's tomb. She says she doesn't want to stay there now, and would prefer to come back later. 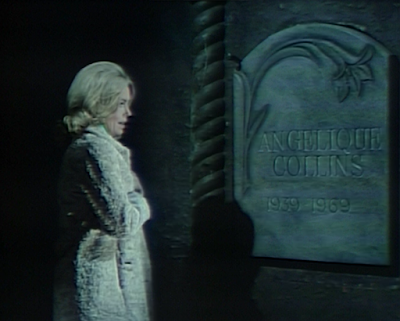 Bruno tells Cyrus that if he had a few more minutes, he would have been able to confirm Angelique's body wasn't there. Cyrus is amused. Bruno says he'd stake everything he owned on the fact that Alexis is in fact Angelique. Cyrus says the notion of bringing the dead back to life is a fascinating one. Bruno asks for his help proving his case, but realizes that it's no use. He says he'll go mad if he doesn't find out about Angelique tonight. 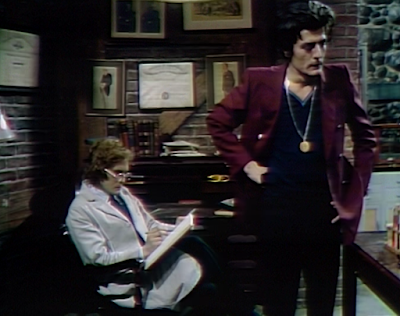 Quentin and Alexis return to Collinwood, and she asks him if there's been any word from Maggie. He says there has not. He bids Alexis goodnight, and tells her he'll be there if she needs anything. 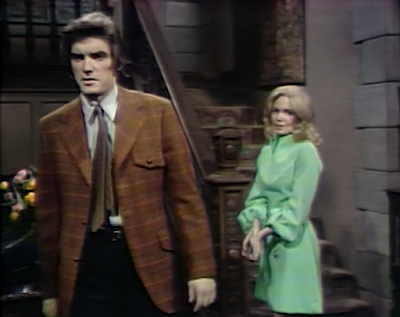 Sabrina is playing with the rabbit when Mr. Gladstone enters the lab. She asks how he got in, and he tells her the door was open. She says she was sure she locked it, and leaves him to go upstairs. 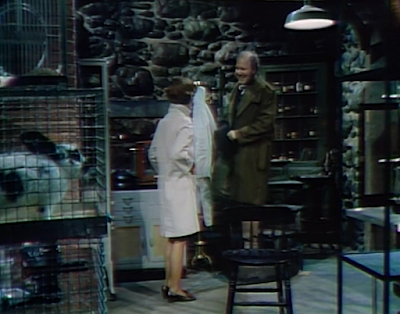 While she's gone, he unlatches the door to the lab. She comes back down, and Gladstone asks her if Cyrus will be back soon. She says he went out and would be back late. He asks why Cyrus would be upset that she left the door open. She explains he's particular about his work. He asks her to tell Cyrus to call him tomorrow, and she says she will, as she closes the lab and escorts him out. 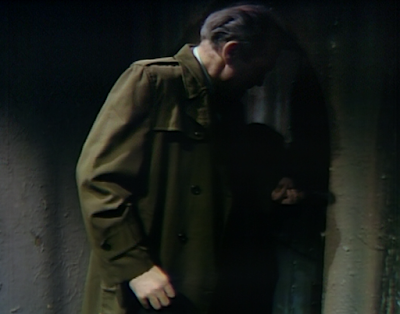 Alexis is combing her hair, with Angelique's portrait in the mirror, when Bruno comes in and demands to know why she's torturing him. She says she has never met anyone like him. He says that's what she told him when they met two years ago. He asks why she's pretending to be someone else. He asks if she's trying to spare his feelings. He tells her that life without her is pointless. She tells him that she feels sorry for him. She says anyone who thinks a loved one can return from the grave can only be pitied. He tells her that she gave him his reason for being. He says that if she's going to reject him, he'll believe her, but he loves her more than ever. Alexis says she will tell him for the last time that she is not Angelique. He screams that he will never accept that. She threatens to use force to get him out of the house, and she runs out, saying she will. 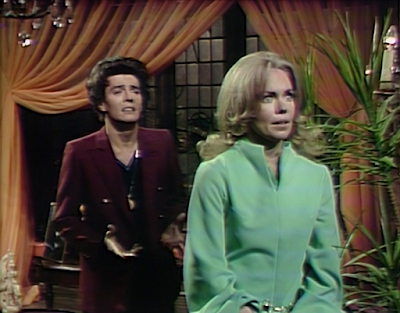 Gladstone sneaks into Cyrus' lab and snoops around his drawers for his notes. He finds a book and seems to be shocked by its contents. 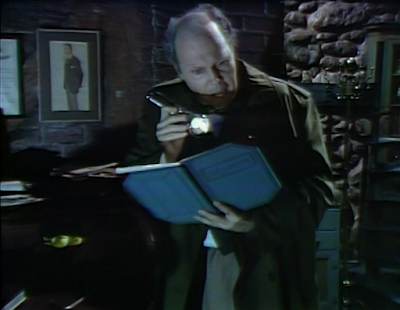 Alexis comes downstairs and tells Quentin that Bruno is in her room. Bruno comes in and says it's good to hear her refer to it as her room. Bruno says that he thinks she fooled them all at the seance, and didn't really die. He says he's surprised that Quentin doesn't know who she really is, adding that he didn't know Angelique as well as he did. Quentin tells him to get out, and Bruno says he'll retire to his cozy little cottage. He bids Alexis goodnight, and leaves. 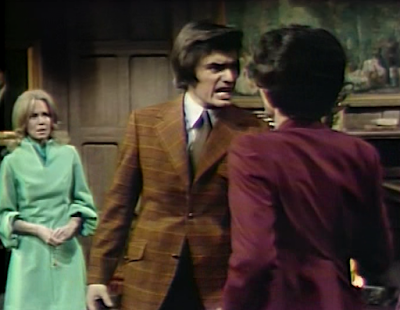 Gladstone reads Cyrus' notes about man's two parts—good and evil—which Cyrus believes can be held in separate identities. He hears someone coming down the stairs. 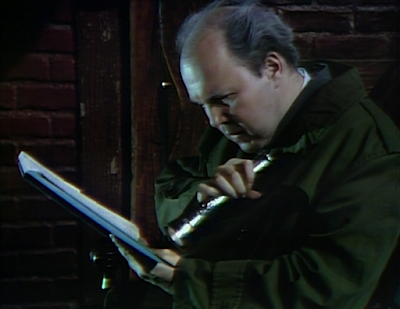 Cyrus enters the lab and finds his desk has been opened. He notices that his notebook is missing. He tells Gladstone to come out where he can see him. Gladstone says Sabrina said he wouldn't be back until late and he believed her. He says he found he's contributed to a most intriguing experiment. He says he couldn't contain his curiosity. He says he understands Cyrus' theory, and says he could be of enormous help to him. Cyrus asks him to leave, and Gladstone tells him to think about it. He says he'll be around for a few days. He adds that Cyrus may find himself in need of a friend along the way. 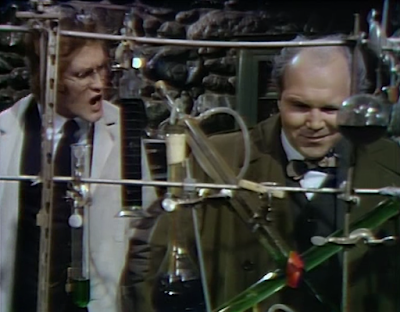 Alexis brings Quentin tea, and says she hopes they'll be rid of Bruno. She asks about the seance Bruno mentioned, and what it had to do with Angelique's death. He says he'd rather not discuss it. 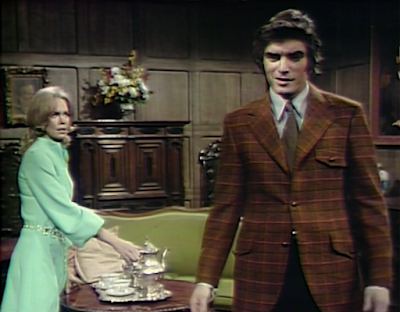 Cyrus continues working on his chemistry project, and pours a glass of liquid. He writes that he's ready to give his theory a test, knowing the risks involved. He starts to drink when he hears Sabrina come downstairs. 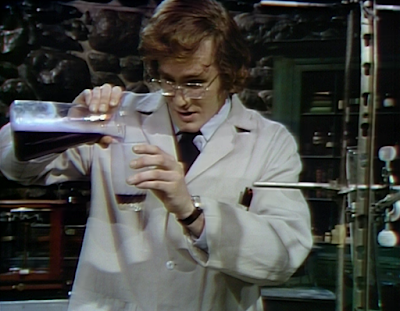 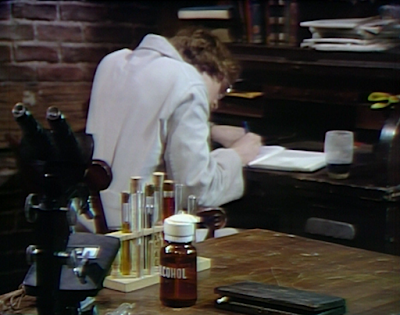 She says she saw the light on. She asks if he'll ever take a rest, adding that it would be nice to see more of him. She says she understands that he's dedicated to his work, and can't wait to hear about it. She tells him that she doesn't mind playing second fiddle to his work, since he's such a gentle man. 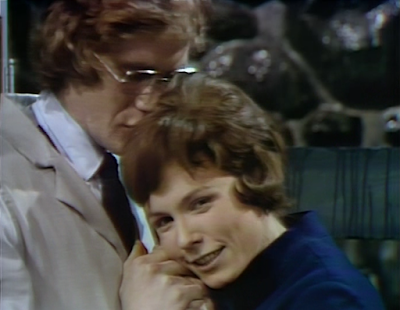 She leaves, and Cyrus downs his concoction. He drops to the ground, screaming in agony. 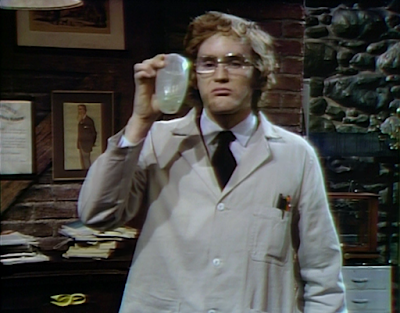 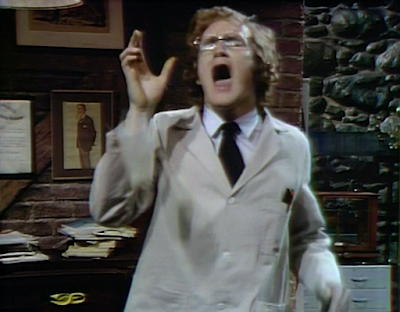 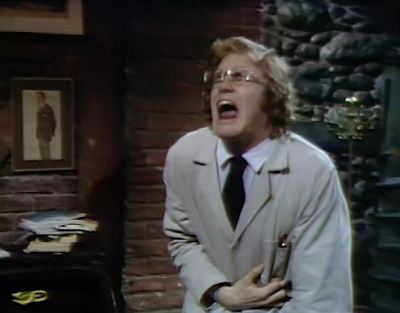 John: I must admit, I'm a little disappointed in Bruno. All he had to do was wait until Quentin and Alexis left the crypt, and he could have popped right back in and answered the question that tortures him so. No, instead, he decides to break into Alexis' bedroom and make an impassioned plea for her to tell the truth. At least we now know that Angelique supposedly died during a seance... not enough info to log in the tracker, but something tells me that we'll get a parallel-time flashback to that event before we're through!

Christine: I certainly hope so! I assume when Bruno said Quentin didn't know Angelique as well as he did, that he's referring to her supernatural powers. I wonder how she kept that secret from Quentin. 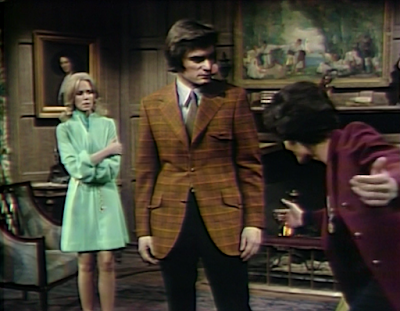 John: Alexis asks if there's any word from Maggie, but wasn't it just a short time ago that same day that Quentin told Alexis about her telegram?

Christine: She was wearing a pink dress when he told her about the telegram in yesterday's episode, so I'm assuming the change to a green dress indicates a day has passed, though both he and Bruno appear to be wearing the same clothes, so maybe it just means she likes to change her outfit often.

John: The moment Sabrina pointed out that Cyrus was such a 'gentle man,' they basically queued up the Mr. Hyde transformation. Why is it that these Dr. Jekyll clones never anticipate the immediate negative response of their formula? You'd think they made it taste like Pepsi instead of Coke the way it struck him.

Christine: I wonder if it might have gone down better if he had used a clean glass. We will have to wait to see if his transformation is inspired by any of his predecessors, John Barrymore, Frederick March or Spencer Tracy. 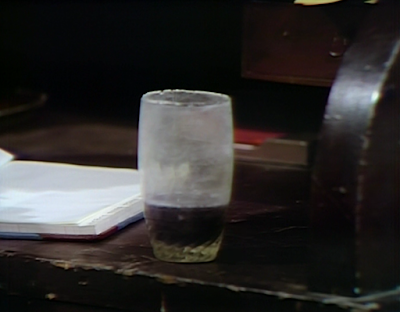 Second Down for the Count:
Barnabas was chained in his coffin 6 episodes ago.
Posted by John Scoleri at 6:00 AM