Ben arrives at Rose Cottage and calls for Desmond. He has the book with him. He goes to the head-in-the-box and removes the cover. He says it's evil, and must be destroyed. Ben sits at a desk across from the head and writes a note. He puts the note in the book, and when he looks up, he sees the head's eyes open, watching him. Ben tells the head that he knows all about him, and will tell everyone about him so he can be destroyed, assuring the head that it can't stop him. 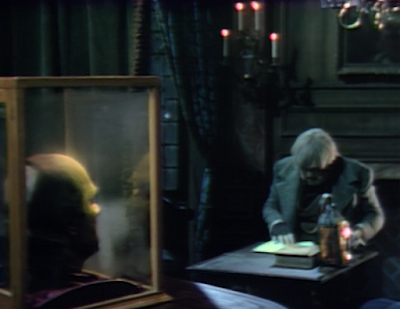 Ben makes his way back to Collinwood. He screams at someone or something not to come near him.

Gerard is in the drawing room when Samantha comes in. She says Roxanne doesn't remember anything that happened. She thanks Gerard for giving her strength when she needed it most. He tells her he wants her to have something, and gives her a small package. In it is a necklace.  She says it's lovely. He wishes her a happy birthday. She says he's the only one who has remembered. She tells him she even forgot herself. She thanks him for being so kind and understanding. She hugs him. Gabriel rolls in and says they always seem to be accosting one another. Samantha explains that Gerard was the only one to remember her birthday. He asks if she always expresses her gratitude so physically. She slaps him across the face and storms off. 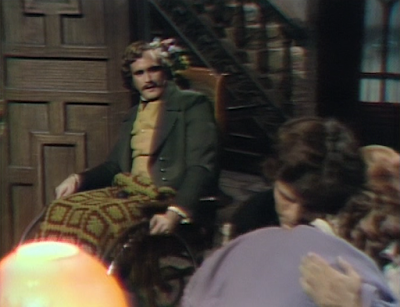 Gabriel tells Gerard he's supposed to kill her, not give her presents. Gerard explains that he is minimizing his risk. He says he wants her to tell everyone about the present. He adds that he won't be using arsenic. He has a South American potion that will make her death appear to be the result of a stroke. 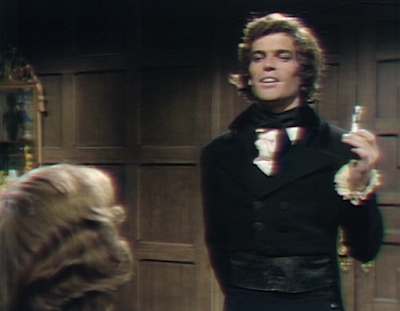 Gabriel tells him to use it right now. Gerard points out all of Gabriel's faults, and says if he wants it done now, he can do it himself. He says that by this time tomorrow, Samantha will be dead. 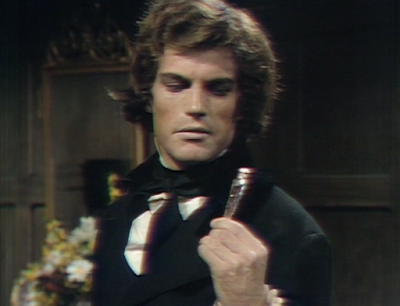 Samantha finds Edith in the playroom. She asks what she's doing there, since she knows it's against the rules. She says the room should be cleaned up. Samantha tells her to get out of the room. She says it's where Tad used to come when he wanted to be alone. Unlike Edith, who couldn't wait to see her son sent off to boarding school. 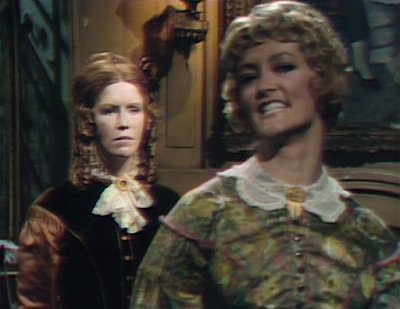 Edith tells Gabriel they have to get out of the house at once. She says she won't put up with Samantha's hatred any more. He says she's only been back one day. Edith reminds him there's nothing for them in the house. He tells her that Samantha won't be getting any money. He says that starting tomorrow, he's going to make up for being a bad husband. She asks what's happening tomorrow, and he tells her she'll have to wait. 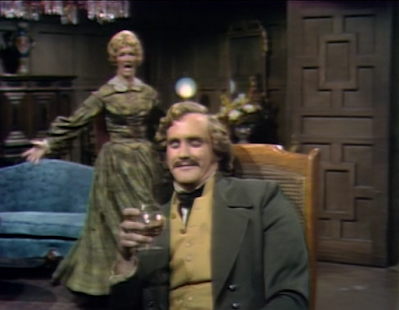 Samantha is asleep in the playroom when Gerard walks in. He startles her. She explains that she found Edith in the room, and after she sent her away, she stayed. He tells her the time has come to forget what was, and he will help her. She embraces him. 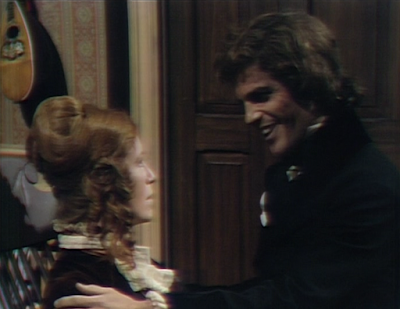 Edith is drinking in the drawing room when Gerard steps in. She invites him to join her. He says he's on his way to see Flora at Rose Cottage. She says she's beginning her celebration — the one that Gabriel's been talking about all day. Gerard says that Gabriel talks to much. She asks him to have a sherry with her, and he says there are some things he wouldn't even do for the Collins' family. 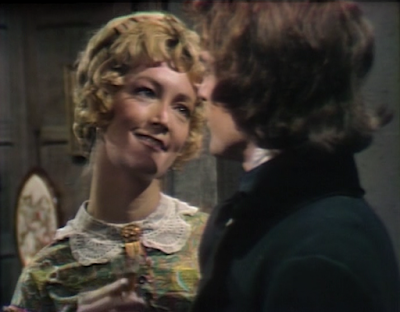 Gabriel wheels into the playroom. It's completely redesigned. She says she's thinking about the future. He tells her that one never knows if there's going to be a tomorrow. 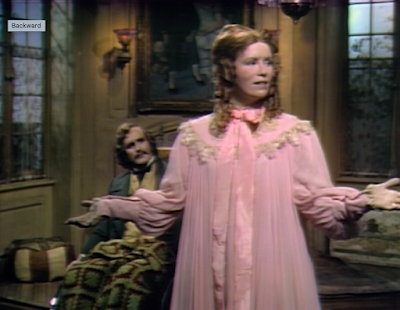 Gerard finds Ben's body lying in the forest, a bloody knife in his hand. 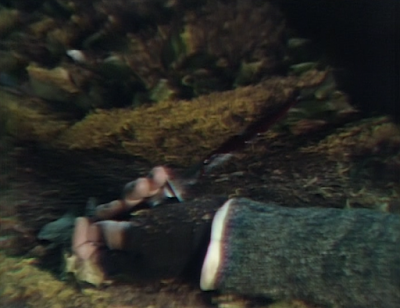 Edith says it was a horrible way for Ben to die. Gabriel asks how long Gerard spent with the police. He says it was several hours. They decided it was a suicide. He adds that it looked like Ben cut his own head off. Gabriel tells Edith to tell Carrie. He says he'll talk to his father. Gerard offers to speak to Samantha. He tells Gerard the news will be quite upsetting. Gabriel reminds him that today is the day she's supposed to die. Gerard says he plans to take her into town. Gabriel asks why. Gerard asks if he'd rather she die in her room, or in town, surrounded by witnesses. He says that once she's dead, he'll return to Collinwood—around 6pm. 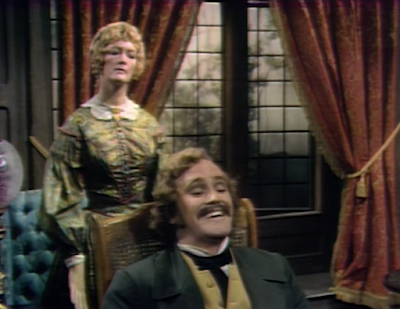 Samantha comes in and Gabriel tells her that Ben committed suicide. She can't believe it.  Gabriel tells Gerard to fix her a drink. He does, and Gabriel nods to him. Gerard gives her a drink, and tells her she's sorry. She says she should stay and make arrangements. Gerard suggests that there's nothing she can do for Ben. She says they can see the police when they go to he village. She and Gerard leave to go into town. 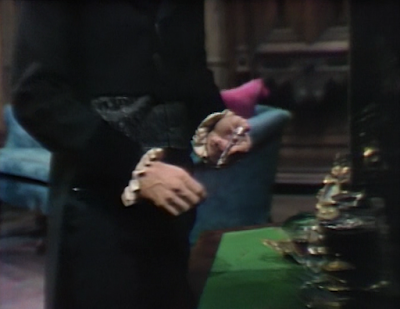 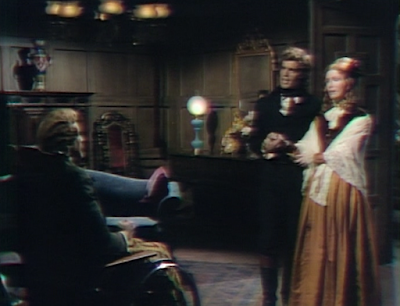 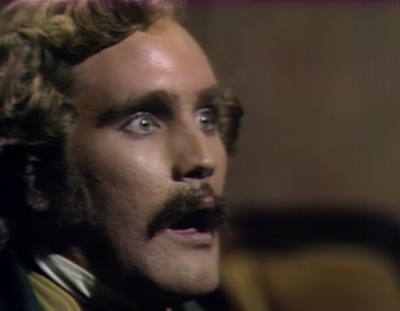 John: Samantha delivers one hell of a bitch-slap to Gabriel. I know it's late in the game for this, but for lucky number 13,  I felt a Collinsport Slap-Tracker was in order! 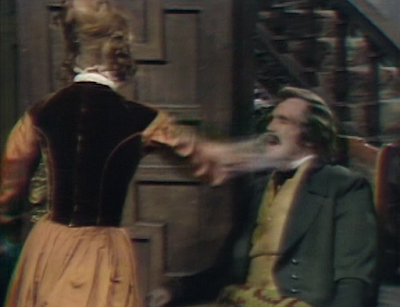 Christine: A well placed slap is always appreciated on the show, and it looks like a real one was delivered in this case.

John: I was trying to remember when Beth was last lurking around Collinwood when it was confirmed that we were seeing Gabriel's wife, Edith. It would seem that the only reason someone would be in a relationship with Gabriel was for the money... so her treatment by Samantha comes as no surprise. 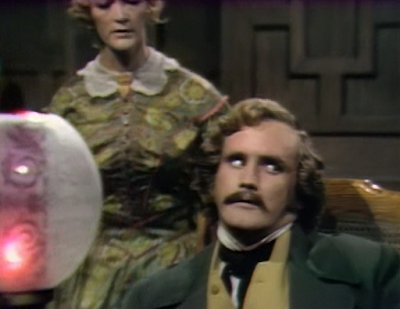 Christine: I was wondering why Gabriel would be in a relationship with Edith. He doesn't seem overly fond of her. So, Ben cut off his own head? That's horrible! Maybe we should get started on that body parts tracker after all! 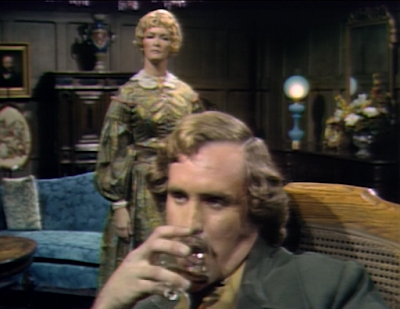 John: Even though viewers were unlikely as shocked as Gabriel, I did enjoy them delivering on the telegraphed nuptials of Gerard and Samantha. The only thing I had expected Gerard to do was fix a drink for Gabriel at the same time, killing (pun intended) two birds with one stone. He'd have gotten his hooks into the Collinwood inheritance, while at the same time removing any chance of their being competition for it. I guess at least until Quentin shows up on the doorsteps, waterlogged but otherwise no worse for wear.

Christine: Quentin is bound to show up now that Samantha has married Gerard. I'm only surprised, and a little disappointed, that we didn't have a traditional soap opera wedding, with the 'I-dos' interrupted by the waterlogged, not-dead husband of the bride. Don't miss the portrait of the Mustache Man hanging prominently in Barnabas' spot in the foyer! 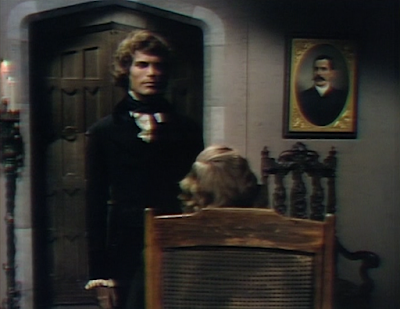