Desmond ponders the clues he got from Greene, and then curses him for dying before he could tell him. He turns to the severed head and says he'll find out what it all means before the night is over. Leticia comes in, sees the body on the ground, and asks him what he's done. She asks if he's dead, and he says he is. She tells him it wasn't him, it was the awful thing that did it, and pulls the curtain open revealing the head. She says she was right about feeling evil in the room. 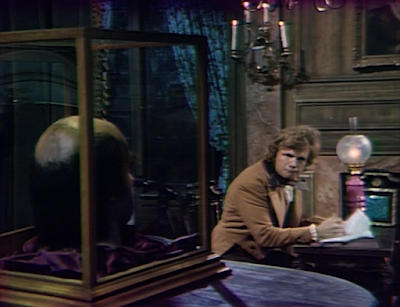 Desmond says Greene died of a heart attack, and she says he died of fear. She adds that he'll kill Desmond, too. She says that it's already begun to happen. She looks at the head and says there's something it wants him to do, and he's too afraid not to do it. He says that before Greene died, he was going to tell him where to find something, and he needs her help. She says she needs it for that thing. She tells him that it would be wrong for her to help him. He grabs her and yells at her, saying that she doesn't have to help him, but she's not to tell anyone, either. 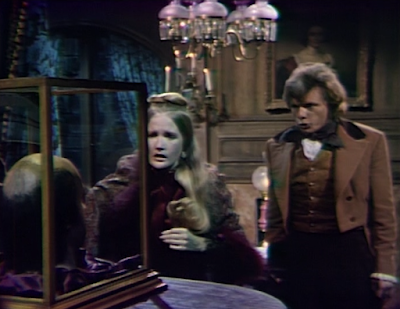 Gerard is drinking in the drawing room when Leticia returns to Collinwood. He asks if she's decided to talk to him again. She says she's not going to forgive him. She says she needed to see him. He asks what she wants. She tells him she doesn't want to stay at Rose Cottage. She says there's an evil spirit there, and she wants him to take her somewhere else. She hugs him. 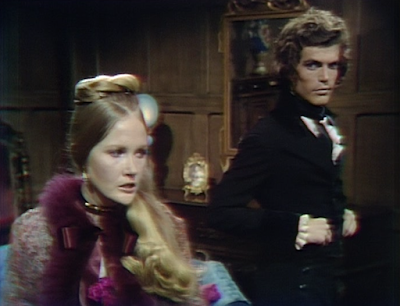 Gabriel rolls in and points out that Gerard's sympathetic shoulder is always available. Gerard sends her back to Rose Cottage, and tells her that he'll be there soon. After she leaves, he tells Gabriel he always manages to come into rooms at the wrong time. Gabriel tells him that he won't tell Samantha. He points out that Quentin must have surprised him, leaving the decision to Samantha. He laughs. He says that Gerard only married Samantha for her money, and he may be saddled with her for the rest of her life, without any money. Gabriel bets him $1000 that Samantha will choose him. He says she never loved Quentin, and only stayed with him because of Tad. He says he hopes the two of them will be very happy. Gerard says he does love Samantha, and even if he didn't, he would ask her to marry him, just to prevent Gabriel from getting a penny from Daniel Collins. Gabriel screams that he's a liar as Gerard walks out. 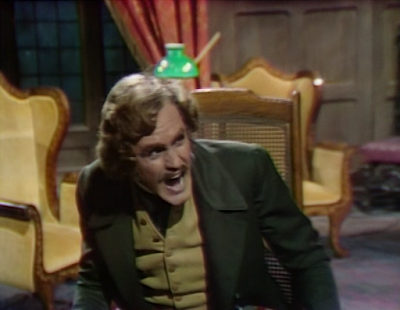 Leticia overhears Desmond. He swings the door open and asks what she heard. She asks about the body, and he says Greene's son came and took it away. She tells him that he's got the devil in him, and warns her to take the thing away before it's too late. He says he has no time to waste on her, and storms off. She turns to the head and says it needs to be put somewhere that it can never harm anyone again. 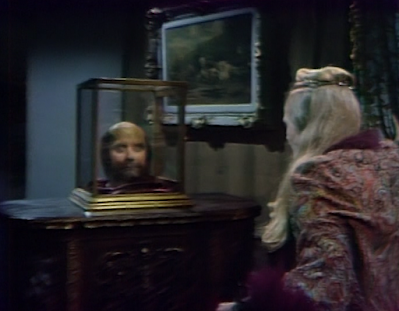 Desmond arrives at Collinwood to see Gabriel. He asks for help, and Gabriel says he won't give him money. Desmond says he doesn't need money. He points out that Otis Greene came to see him and tell him something, but then died of a heart attack. He says he needs Gabriel's mind to help solve a riddle. Gabriel asks him what's in it for him. Desmond says Greene's last words were a noose, an unmarked stone, the ring, the stairs, at the foot of the hill, a direct line, an unmarked stone. Gabriel is intrigued. He says he might have been referring to buried treasure, in which case he's very interested. Gabriel says he has a hunch, and Desmond demands that he tell him. Gabriel says that if he finds something of value, they split it 50-50. He says it sounds like he was referring to Gallows Hill. Desmond smiles. Gabriel tells him to go to Gallows Hill to see if he's right. 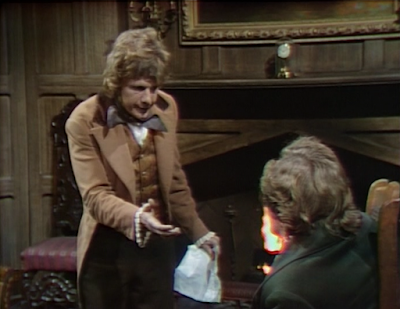 At Rose Cottage, Gerard asks Leticia if she feels better. She asks him what he wants. He says he must find out about his future. She points out that he hadn't been willing to help her. She tells him he'll have to find out his future on his own. He asks if she really believes he's in love with Samantha. She asks why he married her, and she says he was thinking of the future—a future with her. She tells him not to make her feel sorry for him. He says his feelings for her will never change. She says she'd rather help him than hear one of his speeches again. She takes a crystal ball out, and tells him that she sees him and a woman. He assumes it's Samantha. She says there's a strange look on his face, and he turns away because she said something to make him unhappy. She says she can't tell if she chose or rejected him, and asks him which would make him unhappy. 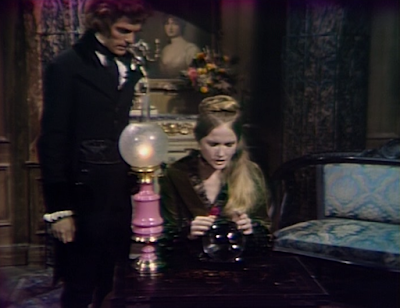 Desmond is in the cemetery below Gallows Hill. He walks a straight line until he reaches an unmarked tombstone. He finds a ring attached to it, which he pulls, and a door opens in the earth, revealing a staircase. He goes inside and finds a coffin, held shut by an immense cross. He opens a door at the head of the coffin, revealing a bejeweled mask. 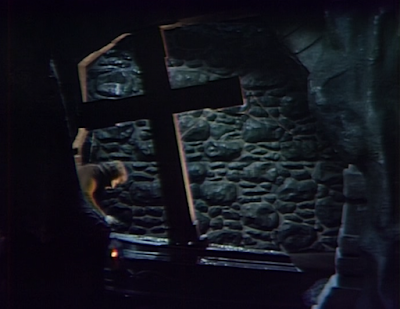 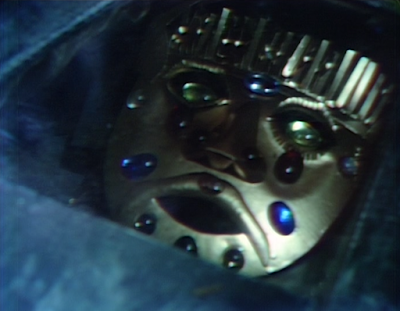 John: Why would Gabriel be so willing to blindly trust Desmond? You'd think he would have at least scratched out some sort of deal on paper before giving him the information that would lead him to his 'buried treasure.'
Christine: Gabriel also trusted Gerard to kill Samantha for him, and look how that turned out. He does not seem to have a clear understanding of how to make successful deals with unscrupulous people.

Christine: I thought the very large cross positioned to hold down the coffin was a nice touch, as was the mask, though I couldn't help thinking the concept was borrowed from Bava's Black Sunday.

John: Good news Desmond. It looks like you've found the body you were after! I can almost picture him dragging it back to Rose Cottage only to find the head is missing. Methinks Leticia Faye saw with getting rid of it. Of course, I don't think for a second that we've see the last of it.
Christine: I like how our creative cameraman captured Leticia's reflection in the box, thereby putting her head in there as well. With all the talk about whether or not Gerard will be happy if Samantha chooses him or not, it almost seems clear that she is not the loved one of Quentin's who has died, as told in Flora's tarot reading. 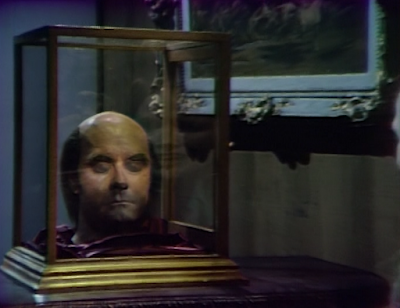