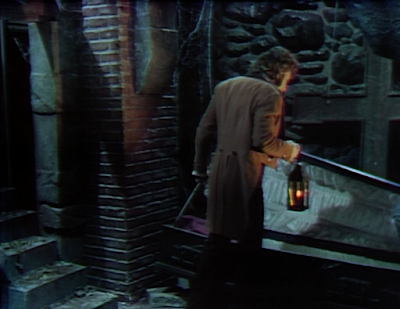 Desmond returns to the secret grave and finds the body gone. He sees the bejeweled mask on the ground, next to Tim's dead body. He realizes that the Bedford atrocities may resume, and the body will kill them all. 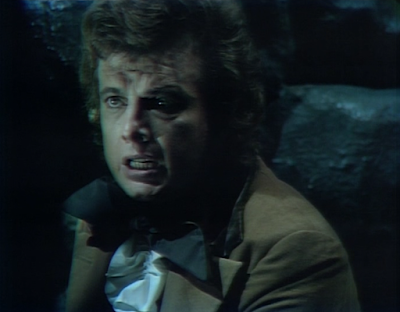 Gabriel plays chess by himself when Samantha comes into the drawing room. He welcomes her home, and she asks him where Quentin is. He says he doesn't know, but is surprised she even came back. He asks her if she's come back to announce her choice. He asks if she told Tad about her curious dilemma. She says she wants him to leave Tad alone and not upset him. Gabriel asks if Tad influenced her decision. She says she has told him the facts, and if he brings it up in front of Tad, she'll kill him. Gabriel says she can't threaten him now that Quentin is back. Gabriel reminds her that he has a curious effect on Quentin. She says that every time Quentin sees him, he remembers the accident that Gabriel makes him feel guilty about. 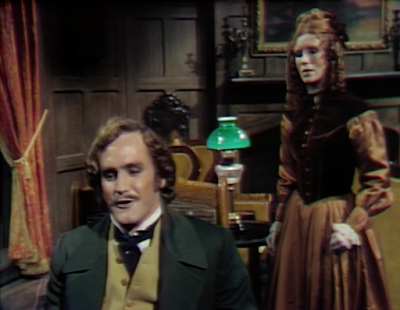 Desmond prepares to destroy the head with an axe, only to find that it's gone. He asks how it could be as Samantha walks in. She asks him what's wrong. He says he was just chopping wood. She asks if he can go get Gerard, and he does. 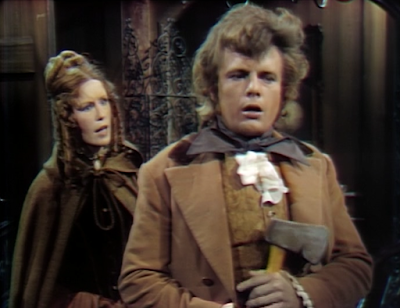 Gerard hugs Samantha, and asks her if she has made a decision. She shakes her head. She explains that it's cruel to them all. He asks if he'll run into Quentin's arms as he did into his. She mentions Tad, and says he told her how kind Gerard was to him on the ship. She tells him that she is weak. He tells her that he forced her to marry him. She tells him that whatever she decides, she wants him to know that she loves him, and she kisses him. 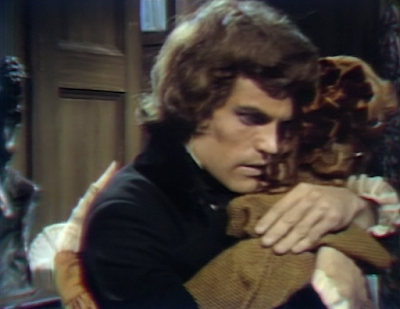 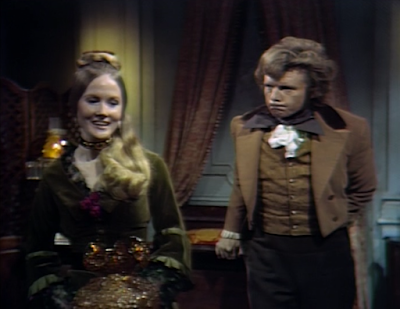 Gabriel points out that everyone is looking for Quentin today. He asks Desmond about the riddle he helped solve, and what he found. He accuses him of not wanting to share the information with him, and using his strong hand brings Desmond to his knees. 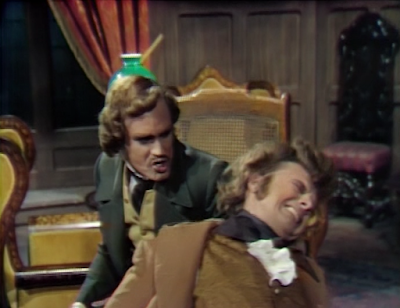 Quentin comes in and tells Gabriel to let him go. Desmond tells Gabriel he knows nothing, and Gabriel rolls out of the room, pointing out that Tad and Samantha are back, although Samantha has already gone out. Desmond tells Quentin that he didn't give him the gift that he brought back for him. Quentin asks what it was, and Desmond explains that it was the head of Judah Zachery. 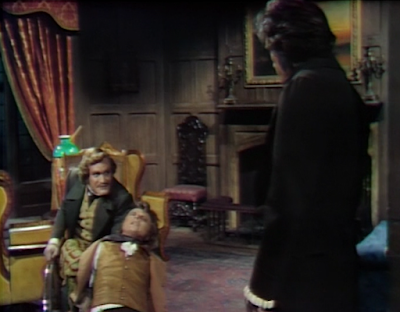 Gerard and Samantha make out. She says she must make it back to Collinwood. He says she'd be a fool not to choose Quentin, as opposed to a penniless, homeless wanderer like him. They kiss again. Leticia walks in and says they're lucky it was only her. Samantha excuses herself and leaves. Leticia congratulates Gerard, and he says she was merely kissing him goodbye. Leticia tells him that he never used to lie to her. She says he doesn't have to worry about her — she has a brand new interest and is planning to keep it. 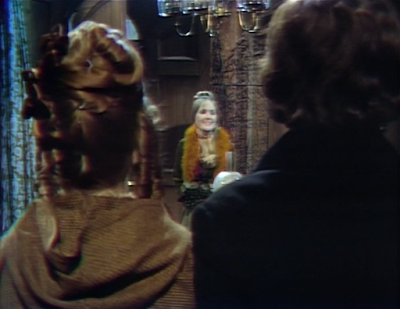 Desmond explains to Quentin that Judah Zachery's body must have found the head, and they are now reunited and alive. Quentin explains that a severed head can't live, and a headless body would have decomposed. He says they have to find Zachery, and Desmond says they can't kill him. Quentin grabs a gun and says they wouldn't know until they find him. 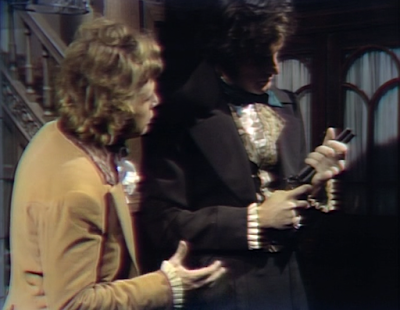 Samantha returns, and Gabriel tells her that Quentin knows she was back, which didn't stop him from going out. He asks her how Gerard is, and she stomps upstairs.

Quentin says he can't understand how the body would know where to find the head. He says he doesn't think the two are together. He asks Desmond if he disposed of Braithwaite's body, and he says he did. Quentin tells Desmond to get some rest, and assures him they'll find their way out of this mess. 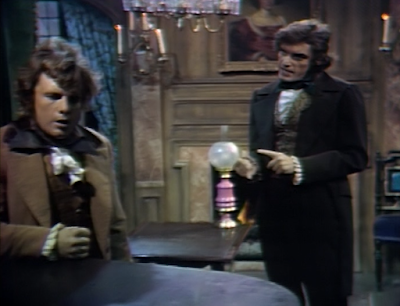 Leticia brings Gerard a note from Collinwood. He opens and reads it, and then sets it on the desk and leaves. Leticia laughs.

Gabriel asks Quentin what's the matter with Desmond. Gerard comes in and says he has a note from Samantha. Samantha enters and Gabriel leaves. She closes the door and tells Quentin that he looks tired. He asks her if she has made up her mind. She says that she knows with whom she must spend the rest of her life. 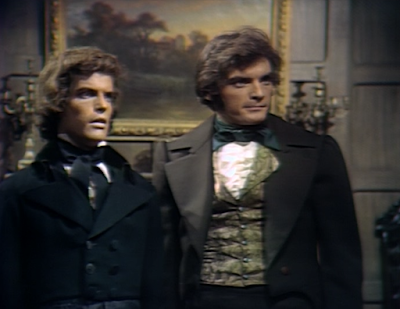 John: Wait — now the head IS gone? I still expect to find out that Leticia is responsible, but I call foul after they gave us a glimpse of it during the seance yesterday. And where's that good looking headless body? He's not just going to 'blend' . . .
Christine: Perhaps Flora finally got rid of it after Desmond refused to do as she asked. It looked like Gabriel was tormenting Desmond by giving him a wedgie. 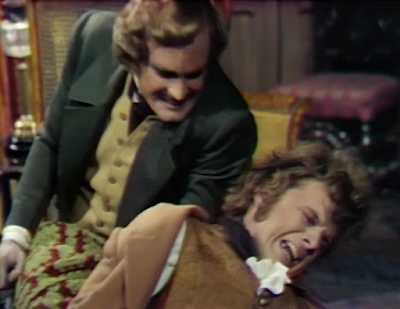 John: Braithwaite? Is drunk Tim supposed to be related to Abe Vigoda's Ezra Braithwaite? Or did the writers just finally run out of names?

Christine: Braithwaite is not an uncommon name, but I'd like to think they were related.

John: My favorite bit in today's episode, which came just before Samantha's non-answer cliffhanger, was when Gabriel tried to roll his wheelchair over Quentin's foot! Ouch!
Christine: I suppose it's one of the many ways he tries to get back at Quentin for putting him in the chair. I hope Samantha chooses both Quentin and Gerard.