Gerard and Samantha kiss. He tells her they have a brand new life ahead of them, and the past is dead and gone forever. They kiss, and he says he wishes they could leave Collinwood. She says that when she's with him, she doesn't even think of Quentin. They open the door to the foyer and Quentin walks in, telling her that he's home. She asks about Tad and he says he's alright. She runs upstairs. He's upset that this is the way she reacts to his homecoming, and Gerard tells him that she thought he was dead. He says they all did. He says he thought he and Tad were lost in the storm. Quentin says she appeared to be very happy. Gerard asks how he escaped, and he says he'll tell him later. Gerard then adds that he and Samantha were married this afternoon. Quentin laughs, and goes upstairs. He congratulates Gerard. 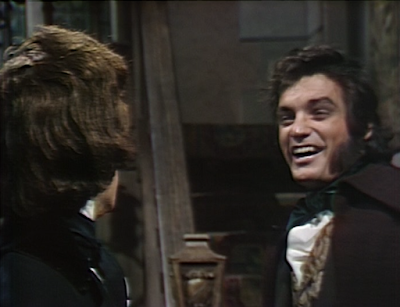 Samantha asks Quentin where Tad is. He tells her he's in Boston. He has a fever, but he's alright. He says he's with a man who saved their lives. He follows her into their bedroom. She says he must hate her. He says all she did was think he was dead, and he very nearly was. She says he could have written, and he says that he did. He tells her he tried to reach her through his thoughts, and thought he had. He says he wanted to believe that. He asks about his father. She asks what she's going to do. He says she's the one who has to make the decision. 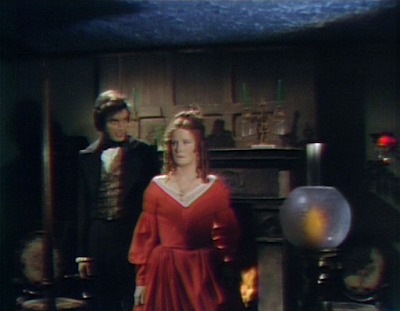 He says she obviously has some bitterness about their marriage. She asks him to tell her that he loves her. He says that he does. She says love for him is something she does not understand. He says he's giving her the chance to make her own decision about her destiny. She starts to pack, saying she's going to Boston to be with Tad. He says he'll get her a carriage. He says he's going to see his father. She says he's in the Tower room, and has not been well. He just gotten used to knowing that Quentin was dead. He says that he and Ben can deal with his father, and she tells him that Ben killed himself. 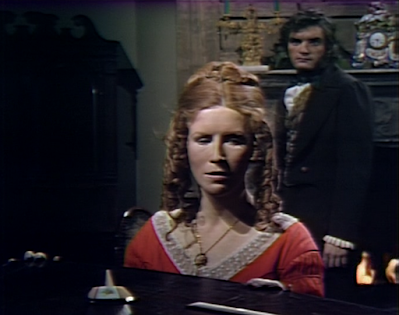 Barnabas goes to see Ben's body, and Trask explains that there is no viewing of the bodies after dusk. Barnabas explains that there's no other time he can come. Barnabas introduces himself to Trask. Trask tells him that their fathers knew each other. He says Barnabas' father was blind to the Devil's work. He says his own father disappeared, but one day he shall find out what happened to him. Barnabas demands that Trask take him to Stokes, and he says that he will show him more courtesy than Barnabas father ever showed his. He leads him into a room, and Barnabas says he can't believe Ben killed himself. Trask says he had never seen anything like it. It appeared that he tried to cut off his own head. Trask says the knife was still in his hand. Barnabas asks who found the body, and Trask tells him it was Gerard. Trask suggests disappointment in Gerard, and Barnabas asks why he says that. He says he felt it was callous for him to marry on the same day he found the body. 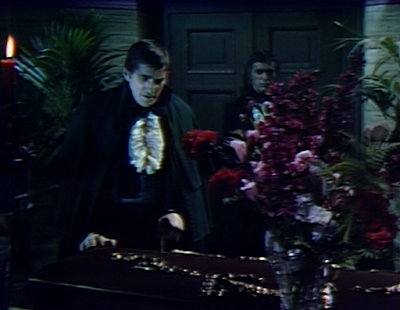 Samantha tells Gerard he wants someone to tell her what to do. He reaches for her but she pulls away. He says he has the right, and then backpedals. He says he will have their marriage annulled. He says he feels trapped. He can't understand why he didn't have a premonition of Quentin's return. She stands at the window and says that someone is watching them. He asks if she's sure. She tells him that she must go and pack. 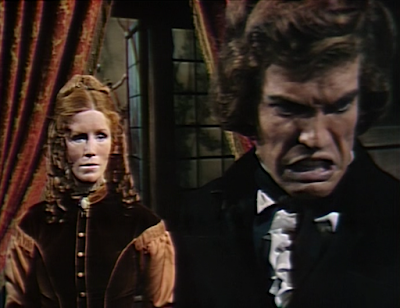 Barnabas returns to Collinwood, and Gerard asks if he saw anyone on his way home. He explains that Samantha thought she saw someone lurking outside. Barnabas says he did not, and offers his congratulations. Gerard says they are premature. He says he doesn't wish to discuss it any further. Barnabas says that he just came from viewing Ben Stokes' body. He asks Gerard if he had much contact with Ben. He says he had not, other than living in the house for a few weeks. Barnabas asks him how long he thought Ben was dead when he found him. Gerard explains that he's not a coroner. Barnabas says he doesn't believe Ben committed suicide. Gerard asks if he's accusing him of murder, and Barnabas asks if he has any reason to believe that Ben would kill himself. Gerard says that Barnabas' concern is excessive, since it's not like they had known each other that long. Gerard excuses himself, and as he's leaving, Barnabas is startled to see Quentin. 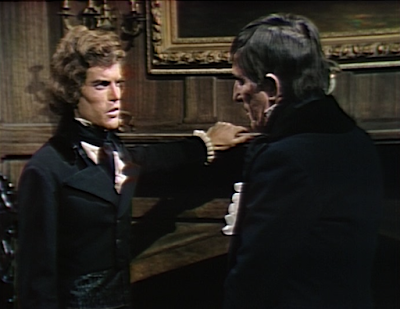 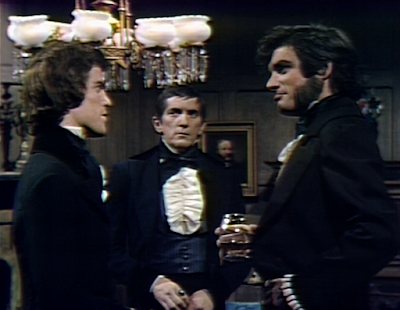 Samantha comes downstairs, and Quentin offers to escort her to the carriage. They go outside and Gerard returns, asking if Barnabas has psychic gifts. He appears to know so much. He says he didn't know Carrie was an artist, and must have her draw something for him. Quentin returns, and Gerard goes upstairs. He asks Barnabas if he'll stay, and he replies that his sister will, but he'll be staying at the inn. He adds that he'll miss Ben's funeral tomorrow. They bid each other goodnight and Barnabas leaves. He sees a woman in the woods that he recognizes as Daphne. 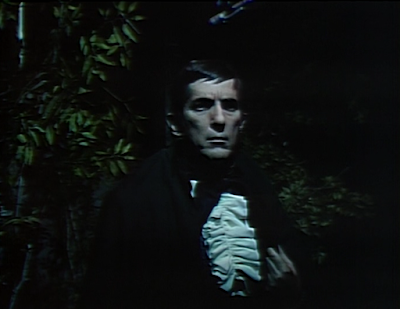 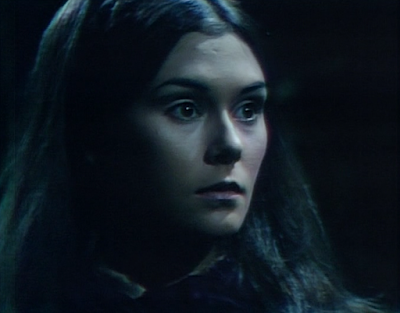 John: Quentin of 1840 is quite unlike the past several iterations of the man that we've experienced. Allowing Samantha to choose her destiny? I wonder if he's assuming that if she chooses Gerard, she'll be leaving empty-handed.

Christine: Perhaps he's hoping to gain his freedom. If he's like any of the other Quentins, he's already got someone lined up.

John: So Tad's alive, too? I don't know if it's more troubling that we haven't heard how they survived, or that no one is pressing Gerard on his claims that he basically saw them die. Even Quentin doesn't seem to be phased by that.

Christine: His story was that he saw them get washed overboard and assumed they couldn't have survived. Since it was a reasonable assumption to make, I don't think anyone will press him on it. It is strange that he left Tad with the stranger who rescued them while he was ill after he had just survived a traumatic near death experience.

John: Barnabas said that Carrie had drawn a picture of Quentin which he supposedly recognized him from. Gerard pressed him on the issue, suggesting that he's in tighter with Quentin and the family than any distant cousin who just arrived in Collinwood out of the blue. How long before that house of cards comes tumbling down? Good thing for Barnabas that Carrie had the day off!
Christine: Everyone will know Barnabas is the vampire in the village in no time at all. 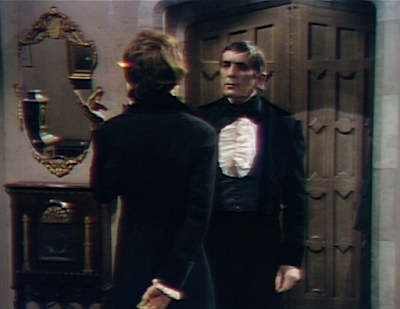