Desmond calls for his mother to return, but she does not. Inside the box, the head opens its eyes. He covers it as Ben comes in. He asks how Desmond scared his mother. Desmond lifts the cover, revealing the head within the box, now with its eyes closed. Ben asks him what possessed him to bring something like that into the house. Desmond says he was going to give it to Quentin. Ben says it brings back bad memories. Desmond says he just brought it from the Far East. Ben suggests that he get rid of it, before it gets rid of them. He adds that they don't need any more tragedy. Desmond covers the head once more. 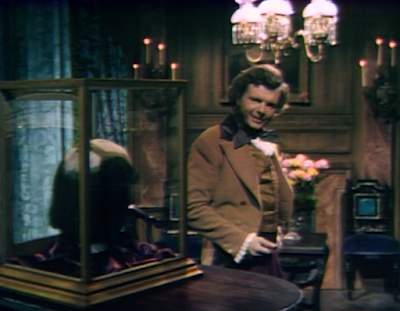 Barnabas tells Ben he has questions about Quentin and Tad. Ben says he seems like a different person than in the crypt. Barnabas says he'll explains, and asks about Gerard. Ben says he doesn't know what Gerard wants, but he's sure he's up to something. Barnabas says he must meet Daniel Collins. Ben says he might recognize him, and Barnabas explains that's why he must have him on his side. 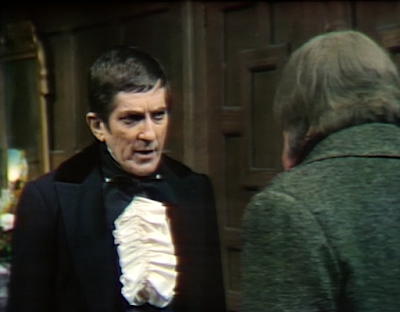 Daniel writes a letter in the tower room when Ben comes in to visit him. Daniel says he needs help writing a note to Quentin. He says he's appropriated funds from the family business. Ben reiterates that Quentin is dead; lost at sea. Daniel says Quentin always loved the sea. He says they must make the proper funeral arrangements. Ben says a relative is here to see him. Daniel says he's had enough of relatives coming with outstretched palms. When Ben says it's Barnabas, Daniel says he must see him. 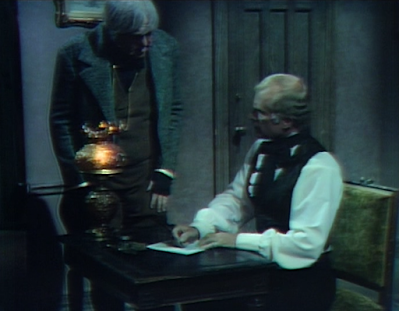 Desmond finds Barnabas in the drawing room. He asks if Roxanne has been able to identify her attacker. He says the wound on her neck couldn't be caused by any animal in this area. Desmond asks Barnabas where in London he's from. When Barnabas tells him, Desmond says it's a shame he didn't look him up when he was there. 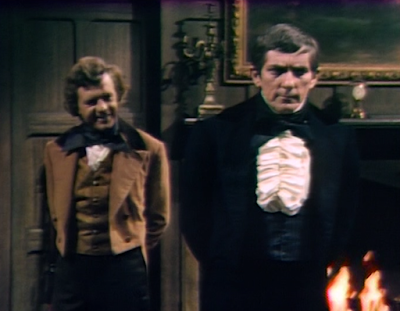 Ben comes downstairs with Daniel, who exclaims it's amazing. He says Barnabas looks exactly like he did when Daniel was just a boy. Barnabas says he's mistaken. Desmond says it seems to be the night for Barnabas to be confused with his father. Daniel says Barnabas had them worried after running off to England. Barnabas explains that his father went to England in 1797. Daniel says he's just like his father. Daniel speaks of peaceful, happy days when he lived at the old house. He tells Ben to take Barnabas to the old house tomorrow, and says he can stay there as long as he likes. 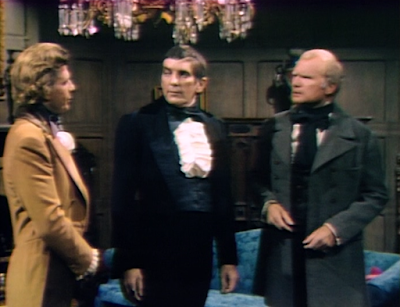 Gerard comes in, and Daniel asks who he is. Gerard introduces himself to Daniel, and Ben introduces Barnabas to Gerard. Daniel asks what he's doing in the house, and Ben says Gerard is staying in the house, and is the one who told the about Quentin's death. Daniel asks to hear the story of how Quentin died. Gerard says they were struck by a storm. Quentin was at the bow when Tad reached him and tried to take him below deck. A wave hit them, and they were both gone. Daniel asks Ben if Tad is dead, too. Gerard explains he brought a lifeboat as soon as he could, but he couldn't find them. Ben and Barnabas help Daniel upstairs. 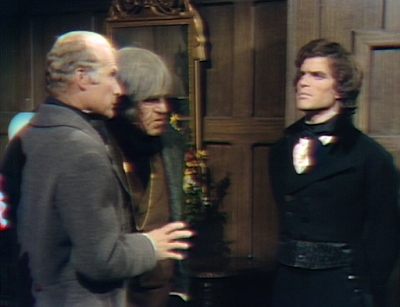 After they get to the tower room, Barnabas leaves Ben with Daniel. Daniel says they're a family born to tragedy. He asks Ben what's wrong with them. Daniel says seeing Barnabas and hearing about Roxanne's attack reminds him of 1797 — the strange attacks in the village; rumors of Angelique; the suicide of Barnabas' mother... He says he has a terrible feeling some incredible horror is going to happen to them again. Ben asks if he remembers recent stories of murders not too long ago, and a petrified head. Daniel says he remembers reading about the murders, and the disembodied head. He says he read about it in Millicent's book. Ben reminds him that Millicent is dead. Daniel says the book should still be there. 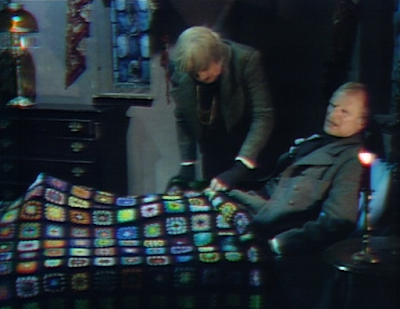 Ben finds the book and reads from it. He realizes that he has to have Desmond destroy the head before it destroys them.

Barnabas comes downstairs and speaks to Gerard. He asks how long he's been in Collinwood. Gerard says it's been several months since he brought the news. Barnabas asks him if Quentin actually died at sea. Gerard says there could be no question. Barnabas says that with no body, there's no proof he's actually dead. Gerard says he couldn't survive, and asks why Barnabas has so many questions. Gerard bids Barnabas goodnight, and walks out. 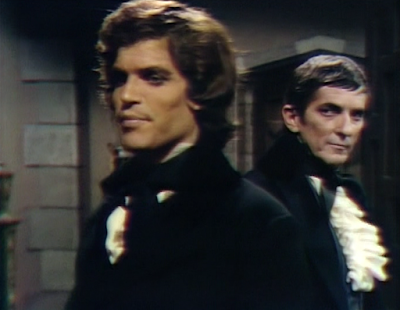 Ben comes downstairs, and Barnabas asks him where he's going. He says he has to do something, and will be back soon.

Ben arrives at Rose Cottage and calls for Desmond. He has the book with him. He goes to the head-in-the-box and removes the cover. He says it's evil, and must be destroyed. Ben sits at a desk across from the head and writes a note. He puts the note in the book, and when he looks up, he sees the head's eyes open, watching him. Ben tells the head that he knows all about him, and will tell everyone about him so he can be destroyed, assuring the head that it can't stop him. 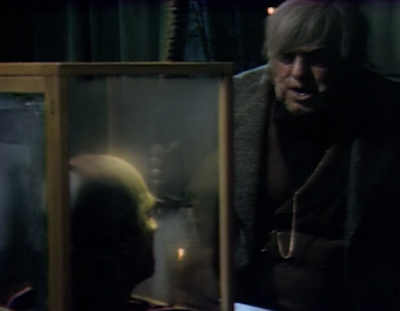 Ben makes his way back to Collinwood. He screams at someone or something not to come near him. 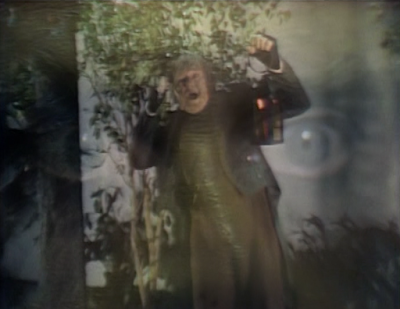 John: One wonders why Desmond would think Quentin would want a human head in a box? Perhaps we'll soon find out!

Christine: I believe he said he got it because of his interest in the occult. What do you suppose the market is for reproductions of Dark Shadows body parts? We've almost got enough body parts for a tracker, with the Head, the Hand of Count Petofi, Adam's arm and the mutilated corpses his parts came from.

John: I thought it was cool that Daniel responded so well to seeing Barnabas, both when he thought he was his elder ancestor, and even after he was described as a relative of more recent vintage. He was quite prompt to offer Barnabas the old house, before he even had a chance to ask for the privilege.

Christine: It was nice hearing Daniel refer to Millicent and tie in those characters we met so long ago in 1795, 1796, 1797, though it seems unlikely that Millicent would be keeping a book on "Relics of the Anti-Saints." It would have been interesting to hear him bring up the time Vicki shot Noah Gifford in the back to save him.

John: Barnabas has all but confirmed what we've been thinking all along — it seems unlikely that Quentin died at sea. Won't it be interesting to see when he walks in the door, perhaps waterlogged, to see what Gerard is up to in Collinwood!

Christine: That should be a fine moment! Is this the end of Ben Stokes? Perhaps it was unwise to tell a petrified head that was supposedly responsible for several murders that he was going to tell everyone about it and have it destroyed, and then challenge it to stop him.