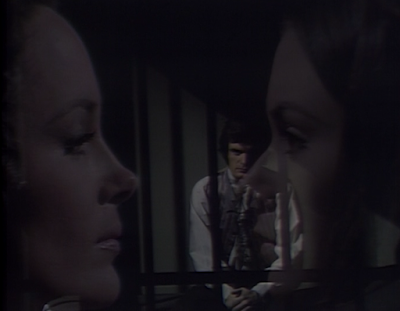 Daphne wakes up and goes to a room Gerard is in. He tells her that it's time for her to make a very important decision, and asks her to marry him. She says she's afraid, and adds that he knows her so well. He tells her that's what love is. He points out that her sister's return changes things. Daphne tells him that Quentin and Joanna had broken up. He asks if Joanna still loves Quentin. She says she doesn't know. Gerard tells her that she must marry him. He promises to show her wondrous new lands, and tells her it's time she learned about love.

Samantha bursts in and asks Daphne if she has something better to do than looking around the house. Daphne leaves and Samantha asks Gerard if this is where lovers meet. He tells her that she's suspicious. He begins to make an excuse, and she says that he can't let any woman alone. She asks him what about her. She tells him she needs help because Joanna is going to kill her. She tells him that he can't get rid of her so easily, because she knows too much about him. She says she can tell Quentin, Barnabas, and the court about him. He slaps her. 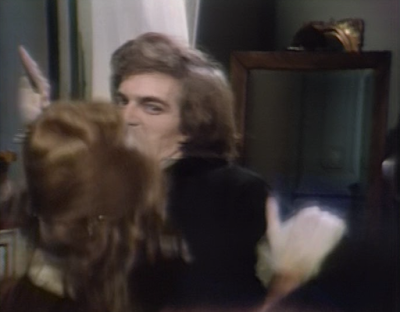 She says all she wants is to feel him beside her. He says she can have that, but she must stop with the jealousy. He explains there are reasons why he does everything he does, and they aren't exactly like hers. She asks about them, and he tells her that her threats are not conducive to confidence. He tells her the games will be over after the trial. She asks what she's going to do about Joanna, and he says he'll take care of her. He sends her away, and she asks him to come to her later. He tells her that he will if he can. She asks why she fell in love with him. She leaves, and he realizes that Samantha is the problem that needs to be solved.

Joanna tells Quentin that she saw one of the notes Daphne had, and it wasn't her handwriting. She shows him the locket she's wearing, and asks if he remembers when he gave it to her. She reminds him that when he gave it to her for her birthday, he told her that on her next birthday she would be Mrs. Collins. He asks if she remembers the night after her birthday when he told her that Samantha wouldn't give him a divorce. She says the fighting was her fault. He says they agreed to break up. She says she didn't mean for that to be forever. He tells her that he thinks it's right that they're separated. She asks him who he's in love with, and he tells her it's Daphne. She asks if Daphne loves him, and he says that she does. He thanks Joanna for coming forward and testifying, but he thinks she should leave Collinsport now. 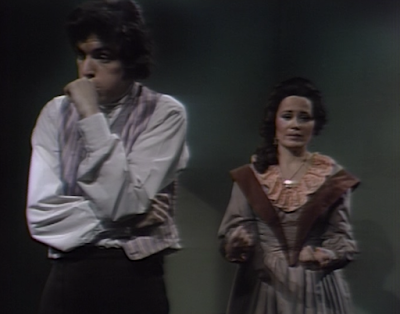 Daphne is writing a letter when Samantha comes into the drawing room. Samantha points out that Daphne's loyalty is to her husband, and not she or Tad. She asks Daphne what Joanna said about her. She says she never mentioned her, but she did point out that Joanna confirmed that she didn't write the letters they thought were for her sister. She asks Samantha if she is sure she saw someone in the room with her, accusing Samantha of attempting to frighten her. Samantha denies it and walks out on her.

Samantha tells Gerard that Daphne suspects that she wrote the notes from Joanna. He says he'll take care of it. He goes into the drawing room and asks if she's been arguing with the lady of the house again. Daphne says she thinks Samantha is dangerous, and tells him she needs time to think. She leaves, and Gerard thinks the only help she needs is help in making up her mind. 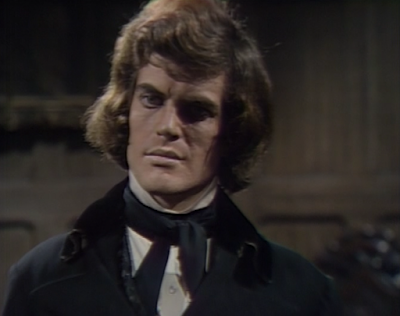 Daphne returns to the room where she found Gerard, and lies down in the bed.

Gerard takes out his devil's sigil and calls for Daphne to sleep and dream about the trouble she's caused, telling her that this she will remember. She dreams of Quentin and Joanna back together, kissing, and professing their love for one another. Daphne wakes up and wonders what she's going to do.

Joanna tells Daphne that there comes a time when one loses control of their life. She says that if Quentin is freed, he may take control again. Daphne asks if she still loves him, and she says she does. Samantha comes in and asks Daphne to excuse them. She leave, and Samantha points out that they met before yesterday. Joanna explains that her memory has not been the same. Samantha says her brother too Joanna to a concert where she saw her, and then says they've seen each other since then. Joanna says that she's not aware of it. Samantha tells her that her presence in the house is not appreciated. Joanna says she'll arrange to meet her sister in the village, and as she leaves, tells Samantha that they will see each other again. Samantha asks what she means, and Joanna says the village is small, and they are sure to see one another. 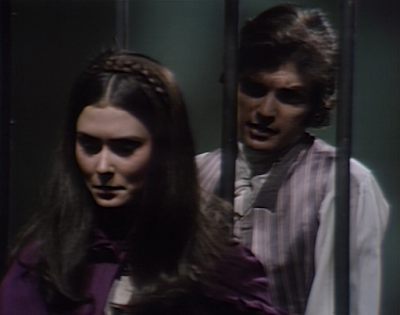 John: Break out the slap-tracker! I was surprised that Gerard's long-overdue slap didn't knock Samantha out.
Christine: It was the most exciting thing that happened in this episode. Too bad it didn't knock some sense into her.
John: They're making a big deal out of Samantha writing the notes, but really, who cares? It's not like they can have her arrested for doing that, and it's certainly not witchcraft. I can't for the life of me figure out why she hasn't just owned up to it. It's not like she should have anything to fear from Daphne. Joanna, on the other hand, I can see plotting to get her own revenge on Samantha. I have a hunch that she's not letting on just how much she truly remembers...
Christine: Her parting comment seemed to indicate she wasn't through with her.
John: How long will Gerard be able to maintain his status as Quentin's best friend if he keeps marrying the women Quentin is with at the time? And since it's so easily lost in the shuffle, are these the actions of Gerard himself (which seem consistent with the Gerard Stiles we first met in 1840), or is this the work of Judah Zachery?
Christine: I suppose it is part of his revenge on the Collins family, and Quentin in particular, to take away anything that he cherishes.