Joanna goes into a room, and doesn't see Gabriel hiding in the shadows, prepared to kill her. She leaves.

Joanna comes downstairs. Gabriel wheels into the foyer and asks if she found her sister. She says she did not, and he tells her that he'll let her know if he sees her. She says she wanted to help Quentin. He asks why, and she says she thinks he would try. He says he's in mourning, having just lost his wife. She asks about the East Wing, asking if anyone goes in there. He says no, and she says she heard someone open a door last night. He says it might have been a ghost. She tells him that she doesn't believe in ghosts, and leaves. 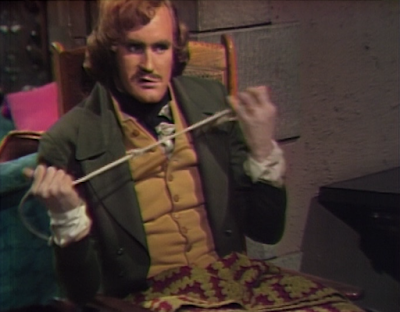 Quentin tells Joanna he's glad to see her. He says there isn't anything anyone can do for him. He adds that the worst thing is that Desmond is also in jail, and likely to be found guilty as well. Joanna says they can take Desmond with them. She tells him she bought a pistol. She says if he can break out, she will have everything worked out. She says there's a boat they can take to go to England. He asks about Daphne. She says he can decide if he wants to see Daphne when they get to England. She asks why he hesitates, and he says if he does, it will be an admission of guilt, and he's worried about Tad. He tells her that he doesn't know how, but he'll get to the boat. He then asks her to tell Desmond the same. Then she has to go to Collinwood to tell Daphne, or Leticia if she's not there.

Leticia and Joanna are at the docks, and she's very excited. She suddenly has a feeling that it's not going to work. She says that something is going to happen, and they'll never get on the ship. Joanna tells her not to say that. Leticia says she's not ever going to see Desmond again after tonight. Joanna invites her to join them. She realizes Joanna is going with them, and asks about Daphne. Joanna says that they love Daphne, but Quentin belongs with him. Leticia realizes that she hasn't told Daphne. Joanna reiterates that Desmond wants her to come with them. She doesn't believe it. She says she'll be there when they come, and says she has to run an errand. 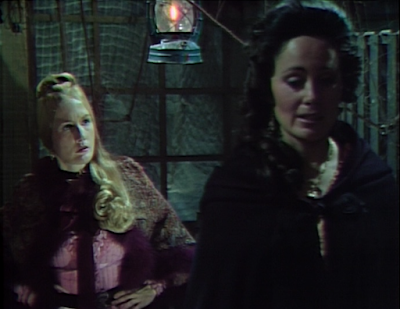 Gabriel tells Leticia she doesn't know where Daphne is, and suggests that she may have made an enemy. He points out that Gerard is also missing. He tells her about Daphne's confrontation with Gerard in Edith's room. Leticia points out that Gerard is fond of Daphne, but admits he has a temper. Leticia says they have got to find them. He says he can't help with his legs. 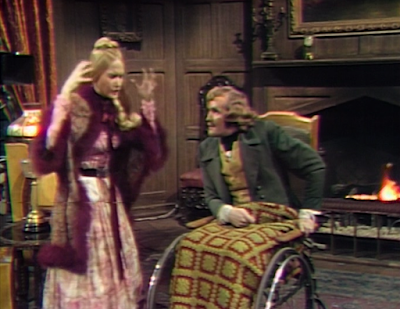 The clock strikes 11, and Quentin calls the guard, complaining about his stomach. The guard comes into the cell and Quentin knocks him out with a karate-chop to the neck. He takes his keys and leaves. He goes to Desmond and lets him out. The guard wakes and grabs Quentin. They struggle, and in the melee, Desmond is shot. Quentin knocks the guard out again, and helps Desmond out of the jail. 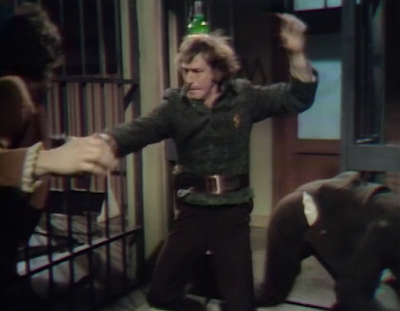 Quentin tends to Desmond, who tells him to go with Joanna. Quentin tells her that they're taking Desmond with them. Desmond calls for Leticia. Leticia arrives and tells Quentin that Gerard has Daphne. She's then upset to see Desmond shot. She tells Quentin that they can't take Desmond. He says he can't go either, because of Daphne. Leticia goes to get Julia to treat Desmond. Quentin tells Desmond that they almost made it. Joanna asks Quentin if he's talking about Daphne. He says he's got to go to Collinwood. Joanna asks if he can forget about Daphne, and he says he can't. He tells her that he realized in jail that he couldn't live without Daphne. Joanna says she understands, but asks him to get on the ship. He tells her he'll take her to the ship. 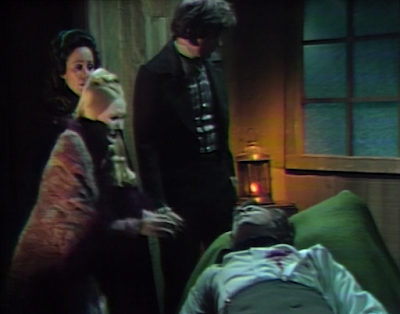 Leticia returns to Desmond, and tells him Julia is coming. She asks if his pain is bad. He says no, but she doesn't believe him. He says it's not when he holds her hand, and tells her that she shouldn't be there. He says they could have gone to England together. She didn't realize that he wanted her to come with them. He tells her that he loves her. She tells him that she loves him, too. They kiss. 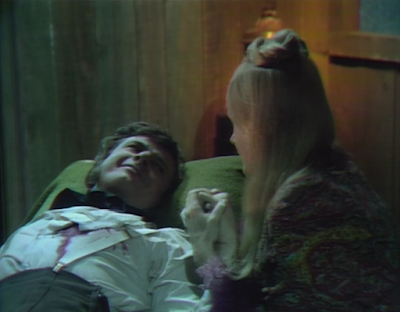 Gabriel hears his voice in the East Wing. He sees himself in parallel time, talking to Stella. He asks if she likes Brandy, and she tells him she never touches spirits. He asks if his mother laid down the ground rules of the house, and based on her reaction, realizes that she has. Stella asks why she has to lock her door at night. He says that people in the village says they're proud. He warns her that if she stays, she'll end up like them. He tells her that he's going to go pick a lock on the cabinet that holds the brandy. 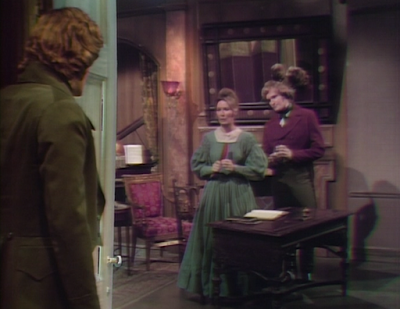 Stella goes to shut the door, and asks the person Gabriel can't see if they've been hiding behind the door all this time. She then asks why they have a knife in their hand. The door shuts and she screams. Gabriel pounds on the door and tries to get in. 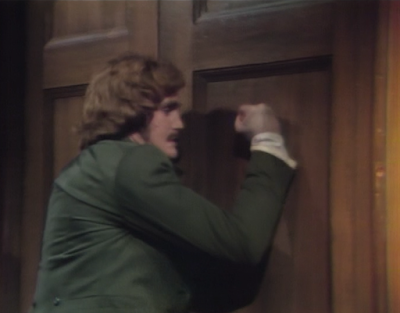 John: I had to laugh when Gabriel told Joanna that he'd let her know if he sees her wife! Poor Gabriel has wives on the brain!
Christine: I had to play that again to make sure I heard him right. Quite the Freudian slip!
John: If breaking out of jail were so easy, why hadn't Quentin escaped by now? Of course, if you're not going to use a more debilitating attack, he should have at least a) disarmed the guard and b) locked him in the cell. Clearly he's not an experienced escape artist. It should come as no surprise that they won't all be sailing off to England to live happily ever after. Of course, if they had, I assume that it would have meant those four actors were being written out of the show, and this was their swan song...
Christine: It still gives Quentin the opportunity to try and vindicate himself somehow, or at least take care of Gerard while he's out.
John: Gabriel finally got to tune in to parallel time, perhaps just in time to see Stella get her groove back. At least his parallel-time counterpart appears to be yet another unsavory character. We'll see if we find out who her (attempted?) murderer is tomorrow.
Christine: I hope it's Julia. Her last parallel counterpart was pretty wicked, so hopefully this one shall be too. It looks like they are already drawing us in to parallel time, wondering why the family has to lock their doors at night, who hides behind doors with knives, and if Gabriel will successfully nab himself some brandy and behave badly.
Posted by John Scoleri at 6:00 AM