At Widow's Hill, Samantha calls for Gerard. Joanna appears and tells her that she's not the only one capable of forgery. She tells Samantha that she didn't fail that night on the hill; just as she will not fail. Samantha asks how she looks the way she does. Joanna says that she controls how Samantha sees her. She then tells her that she will now see what her body looked like after her body washed ashore months later. Joanna's face is replaced with a skull. Samantha screams and steps off the cliff. Joanna looks over the cliff and smiles. 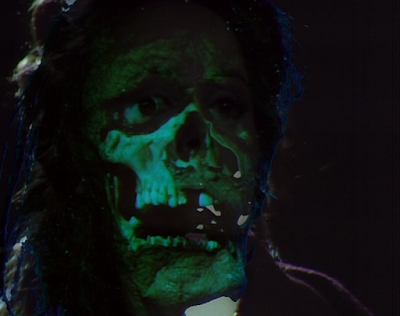 Gerard comes downstairs and finds a note to Samantha on the floor. He reads about Widow's Hill as Joanna comes in. He asks if she's seen Samantha, and Joanna says not since their encounter earlier. He shows her the note. She points out that it's from him, and he clarifies that it's not his writing. He asks if she's sure she hasn't seen Samantha. She confirms it, and he leaves the house.

Julia tends to Desmond. Quentin tells her that she should go back to Collinwood. She says Desmond should rest for another 24 hours. He tells Quentin to leave without him. Quentin says they'll all leave together. 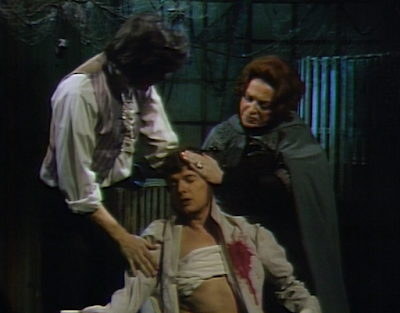 Daphne finds Joanna in the drawing room. They hear the front door, and see Gerard has returned, and is carrying Samantha's dead body. 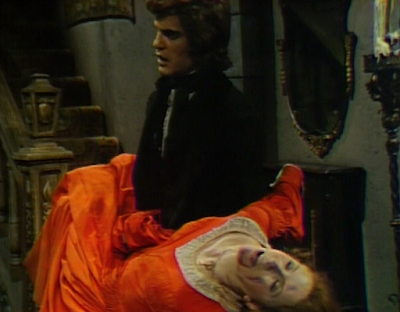 Daphne points out that the deaths keep adding up. Daphne asks how he found her. He says he went to Widow's Hill looking for her after he found a note supposedly from him asking her to meet him there. He says someone else wrote the note. Daphne asks who would do such a thing, and Gerard says it will raise more suspicion about Quentin. Daphne says Quentin is not responsible for Samantha's death. Gerard says he must go to Trask's funeral chapel and prepare for Samantha and Edith's services, pointing out that a servant found Edith's body in the East Wing. He leaves, and Joanna tells Daphne that Samantha stood in the way of she and Quentin. She says that now they can be married. Daphne says she's worried about Tad.

Quentin is shocked to hear Samantha is dead. He laughs, and says he doesn't believe it. Joanna tells him that Gerard thinks he's the prime suspect. Quentin says that they have to get away as quickly as possible. He tells her that they'll need a carriage in the morning. He says they'll go to Boston to get Tad. He says the next time Gerard sees Tad, he'll be 21 years old and the master of Collinwood. 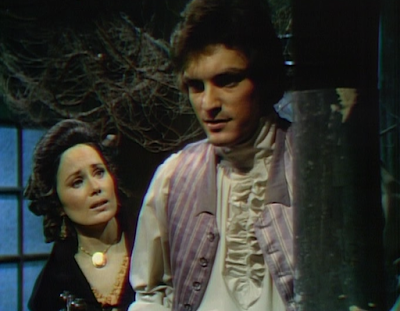 Daphne goes into the East Wing, and opens the door to parallel time. She sees Julia Collins go to the window with binoculars. She's watching Samantha meet Stella's brother. He says he will not leave town until he finds out what happened to his sister. Daphne then sees Samantha talking to Julia, asking what really happened to Stella. She says that she wasn't happy so she just left. She then closes the doors that shut Daphne out. 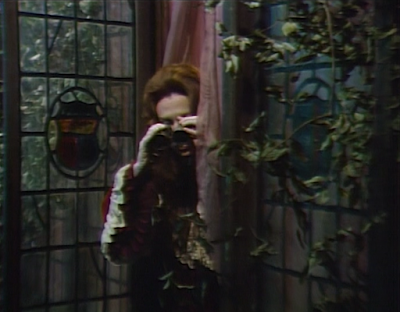 Joanna finds her and asks her if she's been watching the other room again. She says she doesn't understand parallel time. Daphne says the people seem just as unhappy as everyone in their own time. Joanna tells her that tomorrow morning, she and Quentin are leaving Collinsport forever.

Gerard watches as Julia leaves Collinwood in the middle of the night.

Julia arrives at the docks where Quentin and Desmond are hiding. She tells him that Gerard is asking questions. He asks if she was followed, and she says she wasn't. There's a knock at the door. It's Daphne. She tells Quentin that she wants to stay with him until it's time to go. He asks her to marry him, and she agrees. They kiss, and do not notice Gerard outside the window, eavesdropping on them. 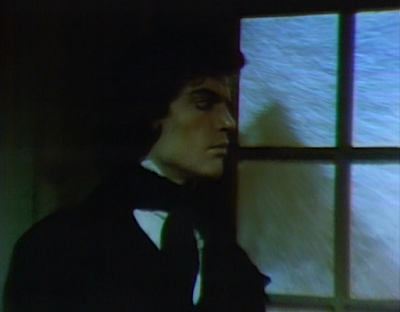 John: I'm sorry, Samantha would have popped like a balloon when she hit the rocks below Widow's Hill. That haphazard make-up just makes it look as if she needs to wash her face. 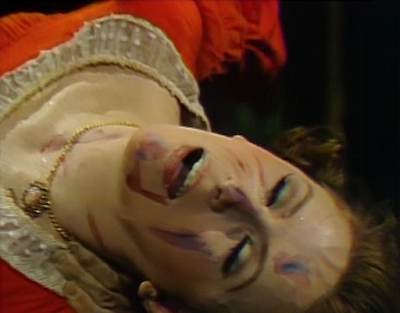 Christine: It does look like she was trying to put on makeup while riding in a carriage. Unlike other folks who've landed on the rocks below Widows' Hill, Samantha was discovered relatively quickly, so there was probably not sufficient time to have her look appropriately battered. At the very least they could have shredded and dirtied her pristine clothes.
John: Well, at least we know Tad is 'safe' in Boston... since we haven't seen hide nor hair of him since everyone in Collinwood started turning up dead.
Christine: The body count might seem to suggest we'll be leaving this time band behind very soon.
John: How is it that Daphne can not only see someone in the room in parallel time, but also see (not to mention hear) what Julia is watching through her binoculars?
Christine: I don't know that she gave any indication that she knew what parallel Julia was looking at, though I was rather focused on wondering whether or not it's the first time we've seen binocular view on the show. 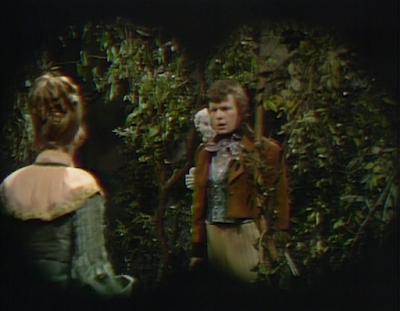