Quentin finds Randall's body in the woods with piece of paper with the Devil's mark next to it. Trask appears, and assumes Quentin is responsible. Quentin says he was dead when he found him. Trask says Randall was on his way to meet him and go to the police. Quentin leaves to get to the police and Trask pulls a gun on him. He says they will go to the police together. 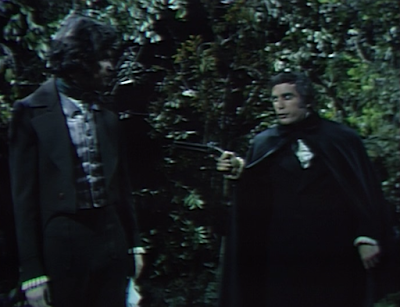 Samantha sees Gabriel in the drawing room and turns to leave. He asks her not to leave him alone tonight. She reluctantly joins him to work on needlepoint by the fire. Gabriel asks her if she ever thinks of Quentin. She says what she thinks is his none of his business. He points out that Grimes accused Quentin of witchcraft. And after he left, Randall came. There's a knock on the door. Samantha lets Trask in. He tells her that another tragedy has struck. He tells her that Quentin killed Randall. She's upset. Gabriel asks how he can prove it, and Trask says he found Quentin kneeling beside the body. He says Randall knew the truth about Quentin. Trask tries to comfort Samantha. She tells Gabriel that Randall lost everything because of Quentin. She says she wants to see the body. 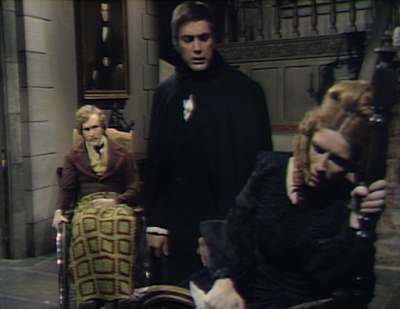 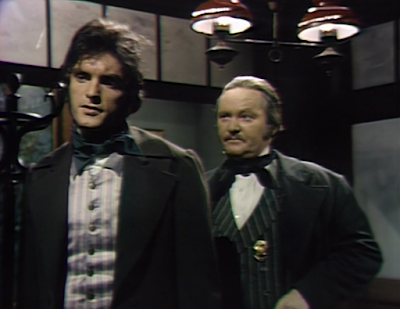 Trask asks Gabriel to stay with Samantha. Gabriel calls him an emotional vulture. They hear a carriage approaching. Trask goes to wait in the study. Quentin comes in and Gabriel asks if he's in trouble. He tells him they have to find out who did it, and quickly. 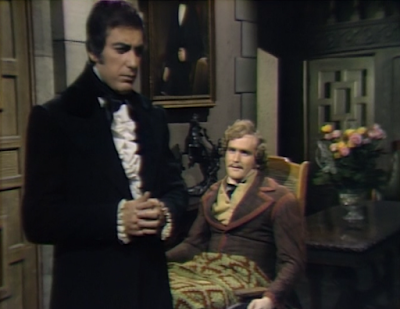 Samantha comes out of the drawing room and asks Quentin why he killed Randall. She then asks why he's not locked up. He follows her into the drawing room. She says that he knew Randall was going to the police. Quentin points out that he grieves for Randall, too. He asks her if she thinks he's guilty of witchcraft. She says she begged him to stop dealing with the occult. She says that her son will grow up with the fact that his father... and Quentin interrupts her, asking if he is her father, based on what she said previously. He tells her that she accuses him just like Trask does, and if he's callous, they are equally matched. 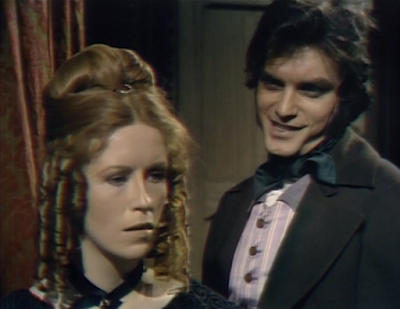 The constable interviews Gabriel. Gabriel claims that Randall's visit was purely social. The constable asks what information Randall was bringing to the police. He says he was upset about the animal attacks. He accuses Gabriel of lying to protect Quentin. 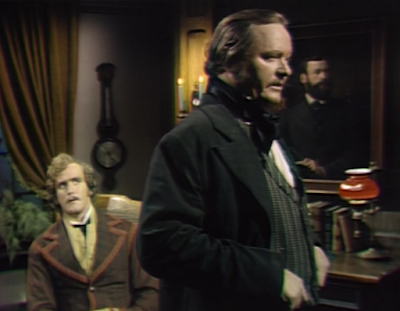 Trask tells Samantha the constable has gone to speak to Quentin. She expresses concern for Tad. Trask points out that she should protect him from his father. She says she never really believed Quentin's interest in the black arts was more than an eccentricity, but she does, now. Trask is pleased. She says that she loved Quentin once. The constable comes in and asks to see her alone. Trask leaves. The constable asks if Quentin and Randall were friends. The constable brings up Joanna. He then asks if Randall suspected Quentin of witchcraft. She says no, and says that had she been home, Randall would have come to her, and this never would have happened. 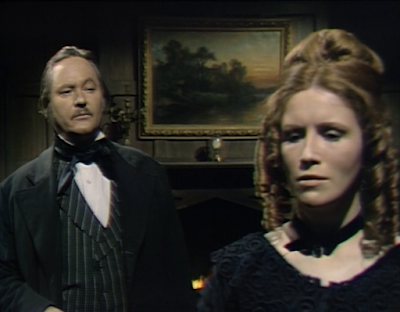 Trask asks Gabriel if he thinks Quentin is guilty. He says he does not. Trask tries to convince him that he, his wife, and his children are in danger. He asks Gabriel if he's a member of Quentin's coven. He says no. Trask gets the constable. Gabriel tells him that Randall knew about the witchcraft. He says there was trouble between Grimes and Quentin, after which Quentin left. Grimes told Randall that Quentin tried to kill him. After Randall left, Quentin returned, and when he told him what Gabriel was going to do, he says Quentin told him, "I will stop him," and ran out after him. 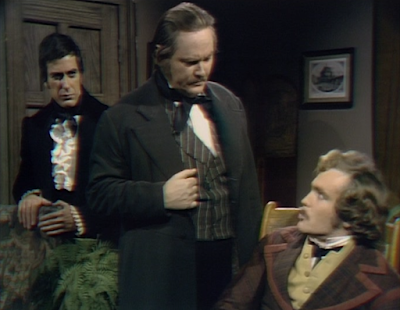 Quentin takes a drink. The constable comes into his room and arrests Quentin for murder. 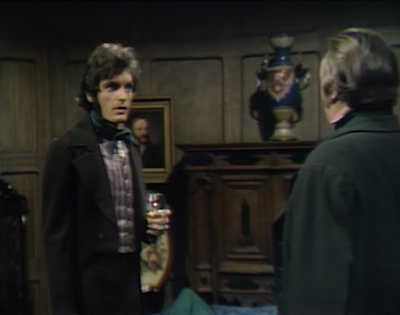 John: Why would they make such a big deal about 'strong hands' in the opening of today's episode? Has Gabriel's disability been a ruse all along? That would certainly explain how he has no trouble appearing upstairs and back downstairs in the blink of an eye.
Christine: That was rather obvious, since one would have to have strong hands to strangle a strapping young man. Since Gabriel has had his stress ball workouts often featured in odd and random ways, it does make him the likely suspect.
John: I love when Quentin reminds the constable that it's 1840... pointing out that the days of witchcraft were long behind them! 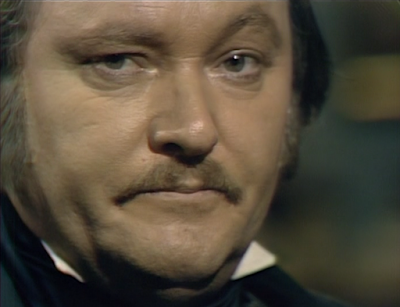 Christine: With the appearance of Angelique in this time period, we know that the days of witchcraft continue in the town of Collinsport, and will carry on into the future!

John: It was a bit surprising to see Gabriel suddenly melancholy about Quentin's predicament. Of course, that just furthers the belief that Gabriel is in fact the mastermind of the murders, knowing that he stands (pun intended) to gain the most if Quentin is in fact beheaded...
Christine: He did say that he had plans if Quentin went to jail in the last episode. I'm sure Gerardudah would be pleased to know he helped to hasten his plan, which may allow him to turn a vengeful eye toward Gabriel sooner than he'd anticipated. 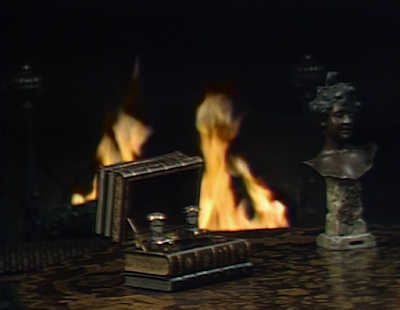