Leticia asks when something will happen, and Julia explains it will happen when lightning touches the body. Leticia tells her that it's not going to work. The body then begins to convulse as electricity flows through it. The body stops moving, and Leticia asks if they failed. Julia listens for a heartbeat, and tells Leticia that Zachery is alive! Leticia removes the mask, and says he'll soon be able to talk with them. Julia says his vital organs are just barely functioning. Julia tells her she's going to teach her how to do some of the work. 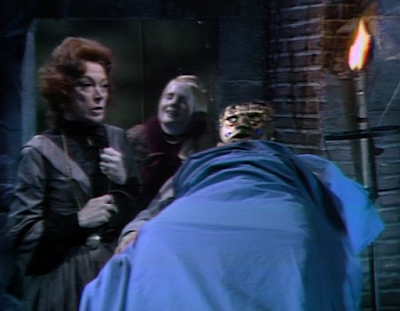 Back at Rose Cottage, Gerard wonders where Leticia disappeared to in the cemetery. He picks up a bunch of papers scattered all over the floor, and notices a newspaper article about Otis Greene and a jeweled mask. He then sees Judah Zachery's journal. Before he can start to read it, he hears a knock on the door. He shoves all of the papers into a cupboard and opens the door to find Daphne. She says she's there to see Desmond or his mother. He explains that he's the only one in the house, and offers to help her. She says she came to pick up some newspapers from 1803 that she loaned to Desmond. He asks what Desmond wants with the papers. He says that Desmond has been acting strange recently, and he and Flora are concerned about him. She says that when Desmond signed for the papers, he did so under the name Judah Zachery, a pseudonym he uses in his writing. He tells her that he'll ask Desmond about the papers when he returns. After she leaves, he takes out the journal and begins reading it. 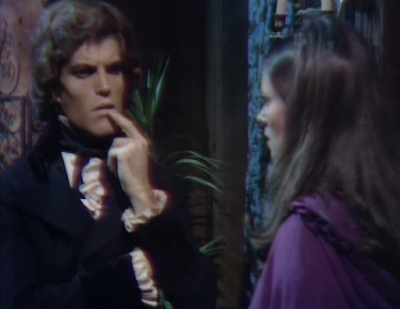 Julia tells Leticia that Zachery's pulse is weaker. Leticia says she doesn't want to die, like Zachery threatened if they failed. She suddenly remembers that Gerard is waiting for her at Rose Cottage. Julia tells her that if they fail, it doesn't matter what Gerard does. And if they succeed, Zachery will protect them from Gerard. She asks Leticia to bring her adrenaline. Leticia drops it and breaks it. Julia says she has to go to Collinwood to get some more. 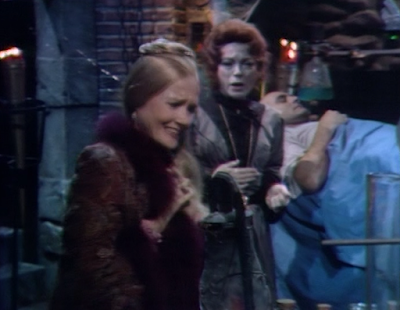 Barnabas arrives at Rose Cottage to take Julia home from her visit with Flora. Gerard says Flora left for in Boston earlier that evening, and he hasn't seen Julia.

Daphne comes downstairs as Julia returns to Collinwood. She asks her who she is, and Julia tells her that she's Barnabas' sister. She asks why she warned her no to work there, and Julia tells her that nothing has changed since she explained to her before why she couldn't tell her. She goes upstairs and Barnabas enters. He asks Daphne if she's seen Julia. She says she just went upstairs. She asks if he knows Julia tried to persuade her not to become the governess in Collinwood. Barnabas apologizes for Julia, explaining that she sometimes has strange premonitions. He assures her that Julia is a friend. 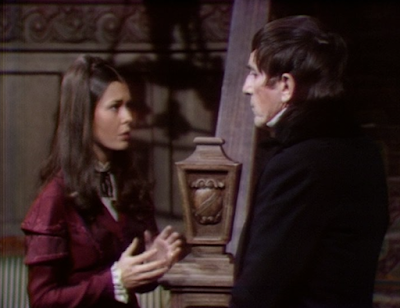 She leaves as Julia comes back downstairs. Barnabas says he was worried about her. He explains that they didn't find the killer, and asks her where she's been. She says she's been with Flora. He asks her how her about the book on Leticia, and Julia says she stayed late and played a game with her. Barnabas confronts her about her lies. She says he's mistaken. He says he was at Rose Cottage, and asks where she has been. She says she doesn't owe him an explanation. She tells him to leave her alone. He's shocked. He realizes that she's under Zachery's spell, and is helping him. She says he needs her, and then refuses to say any more. 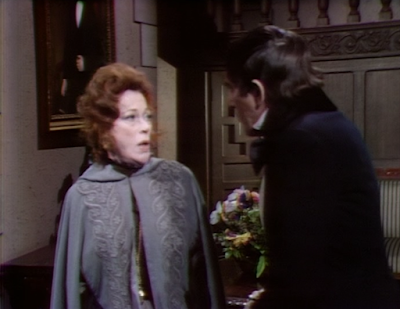 Gerard continues to read Zachery's journal which describes the underground vault beneath the unmarked tomb. He realizes that is how Leticia disappeared.

Leticia wonders what's taking Julia so long. She begs to god that he not let Zachery die. She puts the mask on him and his arm falls to his side. She runs off to get Julia.

Gerard watches as the secret passage in the graveyard opens up. After Leticia runs off, he examines the passageway. 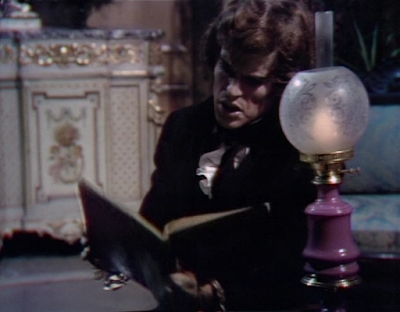 Leticia arrives at Collinwood desperate for Julia. Julia tells her to get out as Barnabas calls for her to stay, but she runs off. 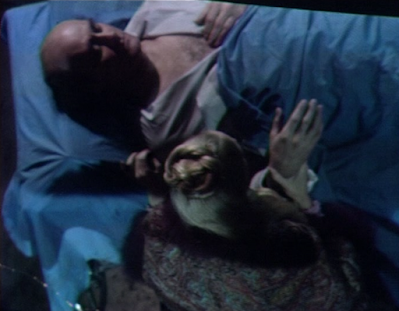 Gerard examines Zachery's body, and reaches for the mask when lightning strikes and the body begins to convulse. He removes the mask and smiles. He doesn't see Zachery's eyes open, but he does notice when he sits up and gets off the operating table. Gerard knocks over a lamp, starting a fire. Zachery approaches him, arms outstretched. 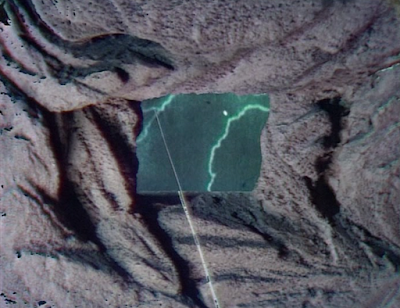 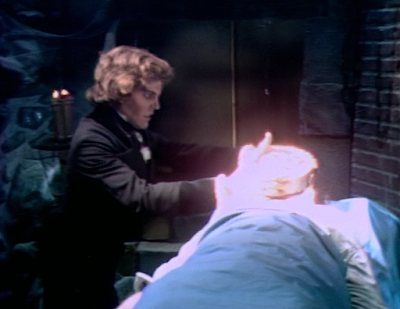 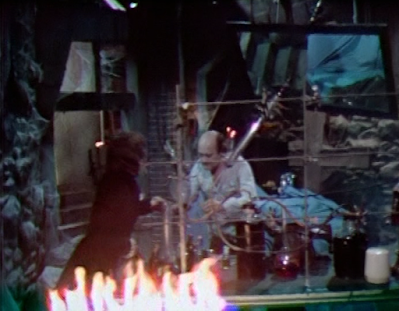 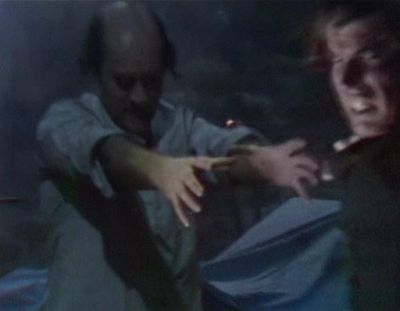 John: Disappointing that no sooner is Zachery brought back to life (after getting his head glued back on when we weren't looking), Julia lets us all know not to expect him up and around for the bulk of the episode...
Christine: It is only Tuesday, after all. Do you think Judah Zachery may have inspired Young Frankenstein?
John: Julia has extra adrenaline at Collinwood? Well, at least that got her to return to the main house, where Barnabas was able to quickly determine that she was under Zachery's spell (deja vu all over again, right?).
Christine: Possessions have always been problematic on the show. How is it that Julia has completely lost her own will and sense of devotion to Barnabas and not be conflicted in serving an evil entity?

John: First, wouldn't Gerard have gotten fried holding the mask while lightning was striking? Second, what exactly caught on fire when he knocked over the lamp? It looked like someone switched on a gas grill! Finally, do you think Zachery will be mute (as a result of decapitation and all), or is he just remaining silent for his initial introduction in the show. I'm anxious to see if he will be the cause of Gerard's death in 1840 (and if so, why Gerard would have a score to settle with folks in Collinwood, as opposed to Zachery himself).
Christine: It will be interesting to see what happens next, now that our Frankenstein moment is over. It's strange that Judah Zachery was listed as "The Head" in end credits, despite the fact that he's not just a head anymore.