Charity calls the police, and Quentin comes out from a secret panel and hangs up the phone. He tells her the woman is dead. Charity says that he killed her, and she's going to tell her father everything. He locks the drawing room door. She tells him to let her out, and he asks if she's afraid to be locked in the room with a supernatural creature. She says she's not afraid of him. He says lying is a sin, and she reminds him that murder is a worse sin. She says her father will turn him over to the police, and he counters that her father will not be the one to turn him in. 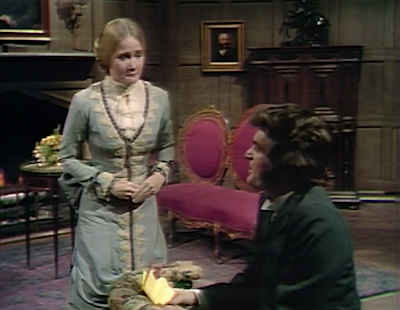 He says that if she tells her father about him, then he'll tell the police about her father. If one hangs, they'll both hang. He asks her if they're both going to keep quiet, or if they'll both tell their stories. She says if she keeps quiet, she'll be guilty of murder, too. She says he'll kill again when there's a full moon. He says if she talks, he, her father and Evan will die. But there's a chance that he might be cured before the next full moon. She says she needs to pray for guidance. He unlocks the door and lets her leave. 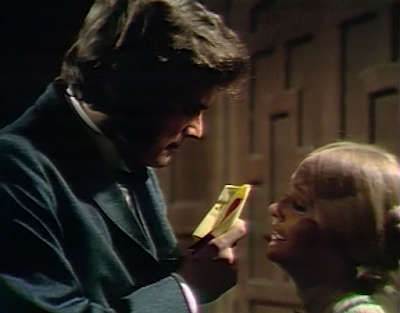 Magda comes to see Aristede. He tells her that when Barnabas rises tonight, she is not to let on that they are on to him. He shows her a pendant he's wearing that will protect him from Barnabas. He reiterates that he wants the hand. She says Tim still has it. Aristede tells her that she had better find him, before time runs out. She asks for whom time is running out, and then realizes it's Petofi. He sends her away. 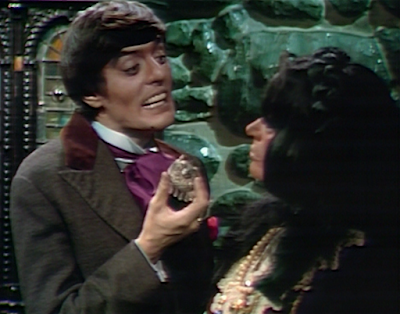 Mrs. Filmore arrives at Collinwood. She tells Quentin that his daughter Lenore slipped into a coma. She says it's like when his boy fell ill. He says he'll find someone who may be able to help. 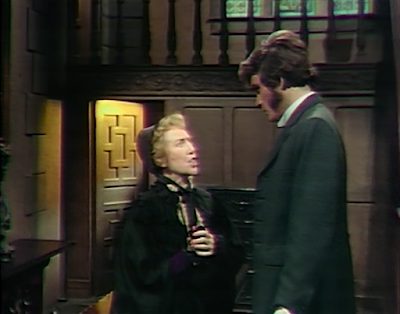 Charity drinks a glass of brandy. There's a knock on the door. It's Magda. Charity asks why she's there. Magda says she smells brandy, and Charity says she's having some brandy filled chocolates. Then she says she had a small glass. Magda asks if the man has made her unhappy. She complains that Collinwood is responsible for driving her to drink. Magda reminds her that she was to marry Tim Shaw. Charity asks if she could find where Tim is in her cards. Magda asks about him. Charity says he was an orphan, and that he talked about going to San Francisco with his best friend. Magda asks if she has his friend's address. She says she does. Magda sends her to get it. Charity asks why she needs the address to review the cards, and Magda says to leave the gypsy magic to her. 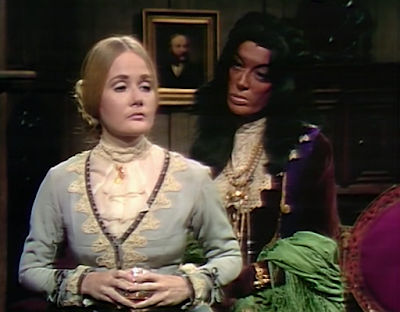 Charity goes upstairs and Quentin comes downstairs. He asks Magda how she heard about his daughter. Magda is surprised, and asks if she's dead. He tells her that she's dying, just like the boy. Magda is distraught. She says if she dies, then the future is dead too. Quentin says he doesn't care about the future, just his daughter. Magda says the pendant that Aristede wears protects him from Barnabas and Angelique, and it might be powerful enough to protect the baby from Julianka. She tells Quentin where Aristede is hiding, and reminds him that Aristede is dangerous while wearing it. 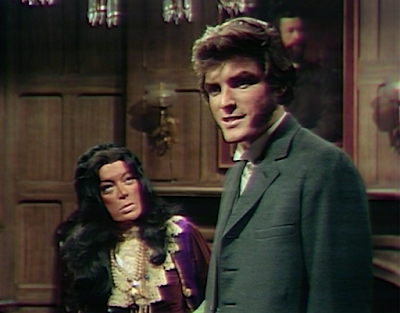 Quentin surprises Aristede, and tells him to give him the pendant. Aristede draws his knife, the dancing lady, and he and Quentin grapple. Quentin knocks him down and takes the pendant. 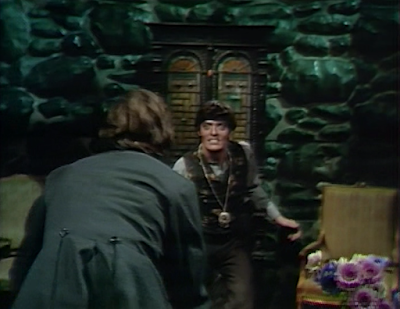 Quentin arrives where his daughter is kept. Magda is there with Mrs. Filmore. He sends Mrs. Filmore away and goes to place the pendant on the baby. There's no noticeable change. Quentin says if Julianka put the curse on Magda, she might take it off, if they summon her again. Magda doubts it will work, but agrees to do it for her niece's sake. Magda calls for Julianka, begging for the young girl's life. Lightning flashes and the cradle rocks. Magda says to pray she's come with pity for the child. The ghost of Jenny appears, and says she's not come with pity. 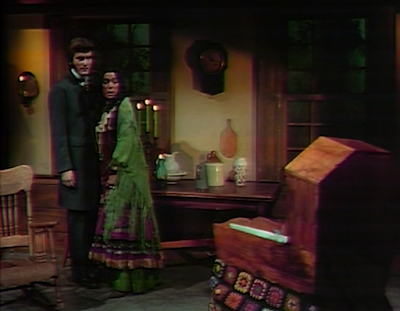 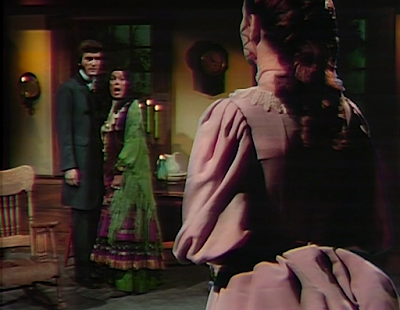 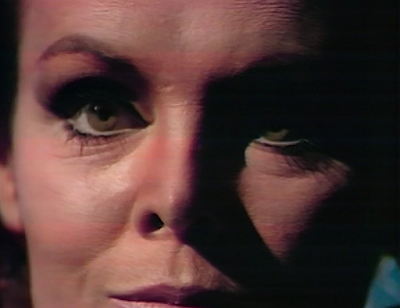 John: There must be a booming business in Collinsport for protective pendants. Aristede's looked awfully familiar... I wonder if we've seen that exact model before (that's what we get for not starting a magic pendant/amulet tracker back in the early days of the blog!).

Christine: Yes, we've seen that exact model before. It was on Aristede in Episode 796, which he initially claimed would protect against witches, though today he claimed it protected from all manner of supernatural beings. Let's see how many amulets we can remember. Professor Stokes gave one to Barnabas in Episode 475, who then gave it to Dr. Lang for protection from Angelique. Barnabas gave an Ankh amulet to Rachel to protect her from Angelique. Quentin's son, Beth and Magda each had a pentagram pendant, some of which were created by Braithwaite, to protect against werewolves. Then of course, there are the crosses sported by Trask, Hanley and Edward to protect themselves from Barnabas, and the original Trask used a cross to exorcise Cassangelique. Also, not precisely an amulet, but worth noting that Barnabas used candlesticks to form a cross and repel Vampire Tom Jennings. Are there any I've left out?

John: I like Charity's new prayer routine - one large brandy, coming up! The only thing funnier was how quickly Magda caught her in the act.

Christine: I think it's more evidence that Pansy Faye is exerting an influence over her.

John: Just when I thought we might get a ghostly dose of Julianka, the spirits pull a fast one and send Jenny, the child's mother, instead. At last, she's finally reunited with her lost love Quentin! I'm sure things will go well...

Christine: My favorite moment of today's show was when Aristede told Quentin he had the Dancing Lady and Quentin said, "Then let her dance, Aristede. Let her dance."