Charity runs into Magda in the woods. She asks her for help, saying that Quentin will die in twelve days, on September 10th. Magda asks how she knows, and Charity says she saw it in a vision. Magda says she's crazy. Charity says she has visions all the time, but she only sees death and destruction. Magda takes her back to Collinwood. 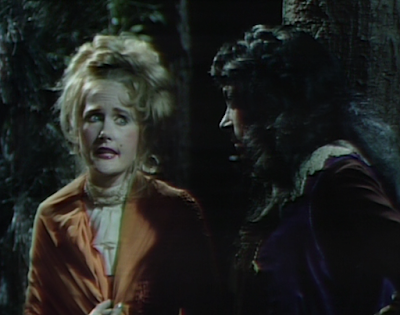 Trask returns to Collinwood, and tells Quentin that Judith's condition has improved. Quentin suggests that Trask could put some arsenic in her tea. Quentin tells Trask that Jamison and Edward have returned. Trask is surprised to hear they both recovered, and says he prayed for their recovery. Quentin says he prayed for their deaths, but he won't be the master of Collinwood now. Trasks asks where Jamison is, and Quentin tells him to stay away. 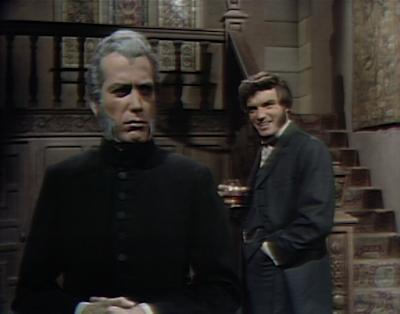 Magda returns with Charity, who is in tears. She runs off and Quentin tells Trask to take her the next time he goes to the sanitarium. He leaves them. 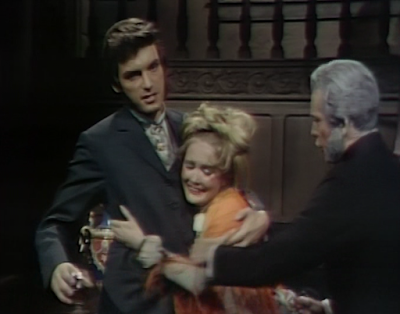 Trask wonders why she is still possessed. Magda says that she should be institutionalized. Trask says Charity wouldn't hurt anyone, and Magda says the woman possessing her would. Magda tells Trask what she said about Quentin, when Charity returns and threatens to kill anyone who comes between her and Quentin. She stomps upstairs, and Trask says that perhaps he should take her to the sanitarium. From the top of the stairs, she tells him he can do so over her dead body. 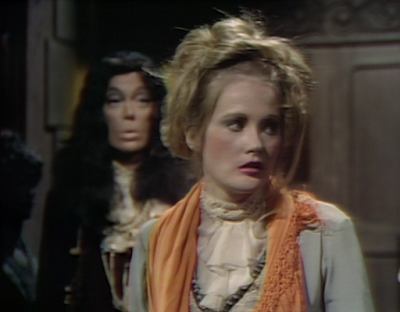 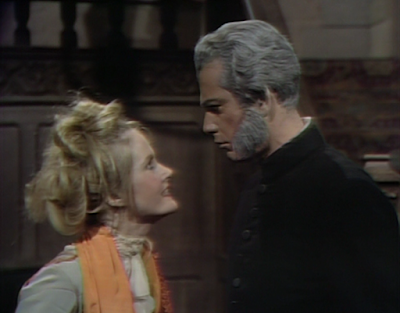 Charity listens to her music on the Victrola. Magda watches over her as she lies in bed.

Trask tells Quentin he wants to settle the matter between him and his daughter. He asks what his intentions are, and Quentin says he has none. Trask says that young ladies do not act as she has unless encouraged by a man. Quentin says that Charity is Trask's problem, not his. 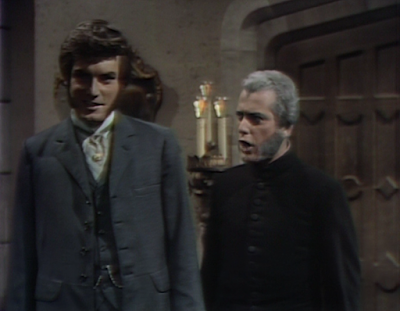 Magda comes in and tells Trask that Charity wants to see him. He goes up to her room. Quentin calls Magda into the drawing room. He says they need to think of something to do, as there will be a full moon tonight. He says he can't live through it again. She says that Petofi might be able to help him. Quentin says he had a dream of a woman after an attack. Magda tells him that Petofi doesn't hate him, as they are both afflicted by the curse. Quentin says that while Petofi hasn't hurt him specifically, he hasn't helped him either. He tells Magda that there's only one way to prevent him from hurting anyone. He opens the door and finds Trask outside. He asks how long he had been eavesdropping, and Trask denies it. Quentin goes upstairs. 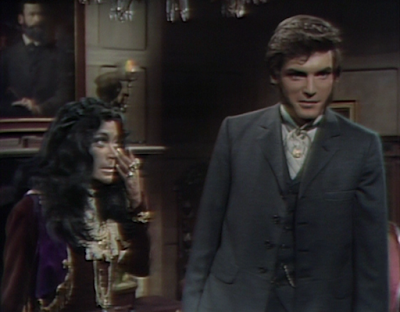 Trask asks Magda to watch over Charity, and to keep her in her room, by force if necessary. She leaves Trask alone in the drawing room. The windows swing open, and the doors swing shut. He hears a voice he thinks is Minerva say, "I have come back to warn him." He begs her to leave him alone. It says the beast that walks like a man is in the house, and he should beware the full moon. The doors to the drawing room swing open again. Quentin goes to his room and sees a figure in the shadows. She says she will be with him tonight. He begs for mercy, and then sees she is gone. He sits down to write a letter. Magda comes in and asks why he was yelling. He tells her the curse is about to end. He says he's writing a farewell note to Beth. She asks what he's talking about. He tells her there will be no change tonight, because there will be no Quentin. She says if they can get through tonight, they'll have a whole month to cure him. 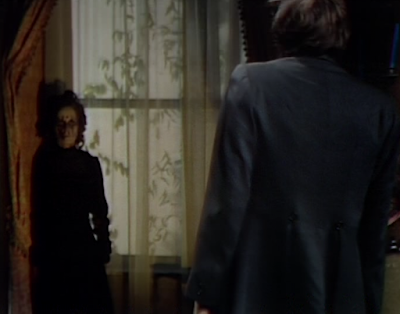 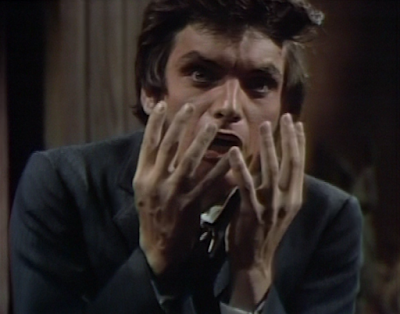 Trask looks at the clock.

Magda chains Quentin to a post, and says she will watch over him. He asks if she has a pentagram, and she shows him. He tells her to go to his desk and open the drawer. She does. He tells her to take the gun, and explains it contains six silver bullets. He asks her to promise to shoot him if he starts to get away. 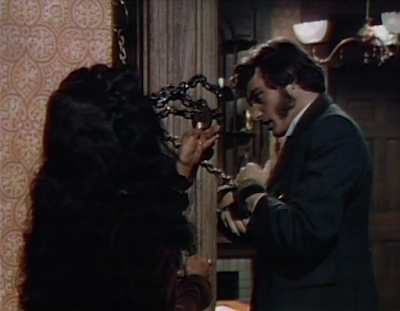 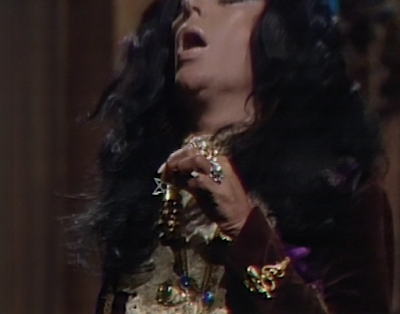 Trask comes in, and Quentin yells at him to leave. He tells Quentin that he'll stay. He takes the gun from Magda and says he'll wait for the moon rise to see why Quentin is chained up, and why the gun is loaded with silver bullets. 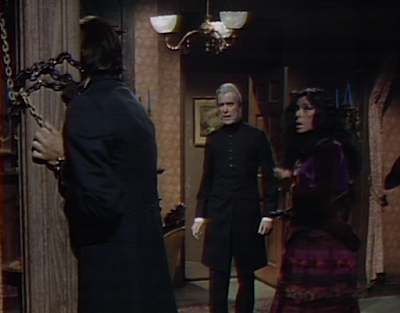 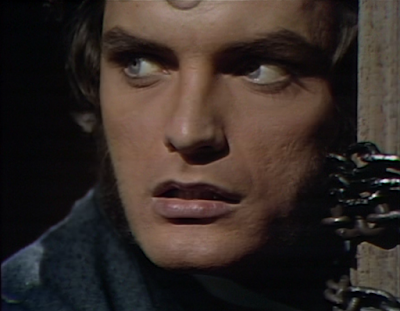 John: I wonder where Charity got the record with her theme?

Christine: She probably found it among Carl's effects. I believe Robert Cobert has more in store for us when it comes to variations on Pansy's theme.

John: I couldn't understand why Trask thought the ghost was Minerva, when the voice was so clearly not hers. Of course my assumption was that they didn't bother to get Clarice Blackburn to do it today.

Christine: Yes, that was completely out of whack. I was thinking that since Trask knows the heat is on him for his wife's murder, he readily assumes any haunting would originate from her, despite the obvious difference in voice.  Tessie had the scariest ghost makeup I've seen on the show yet. Enlarge the photo of her above for full effect.

John: Not exactly the most challenging game of CLUE going on, and yet it seems to have stumped Trask. The beast that walks like a man is in the house. I think he can eliminate himself from the running, which leaves Edward, Jamison and Quentin. Hmmm.... who could it be??? Of course, had they just gone to the mausoleum again, they could have avoided all this...

Christine: Can he eliminate himself? Trask is also a beast that walks like a man. It might have been more prudent for Quentin to go to another location rather than chaining himself to a post in the house. I guess that full moon was rising fast. 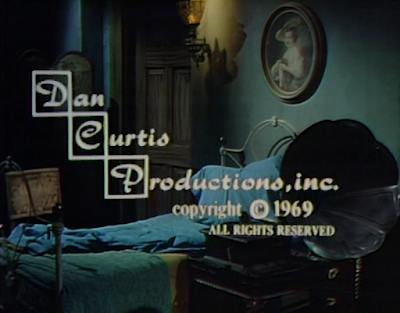