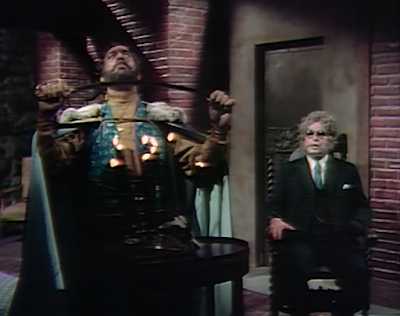 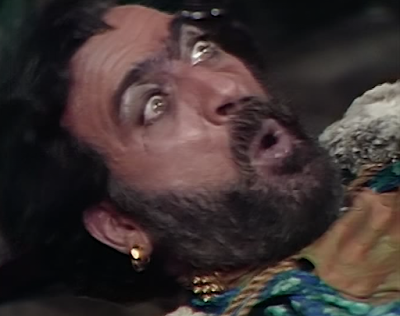 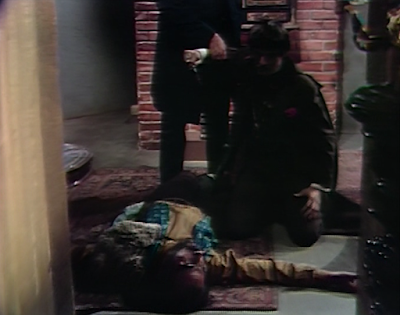 Quentin watches over Jamison as he sleeps. He opens his eyes, and Quentin calls him David. He asks how they met. David mentions the telephone that Quentin used to tell he and Amy what he wanted. He says when they went into the sealed room and found a skeleton next to a roll-top desk. Quentin realizes the skeleton must be his. David says he saw him, and he looked like him. Quentin understands that he was a ghost in 1969. David falls asleep again, and Angelique appears. She looks down at David and he opens his eyes again. He calls her Cassandra, and says he didn't know she was back. Quentin is surprised to find that Angelique will be present in 1969 as well. She tells Quentin that she will try to remove the spells from Jamison and Edward, if he agrees to marry her. 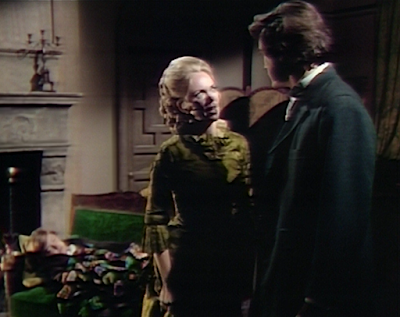 In the woods, Petfoi tells Aristede to start digging. Aristede complains about being tired after carrying King Johnny all the way.

Quentin agrees to Angelique's terms. She sends him upstairs so she can be alone with Jamison. 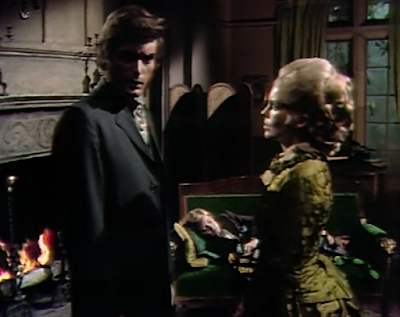 Aristede finishes burying King Johnny. Petofi seems ill at ease, and says that something is working against his spells. He tells Aristede that he is going to Collinwood, and sends him back to the mill to destroy the scimitar that the gypsies would use to cut off his hand. 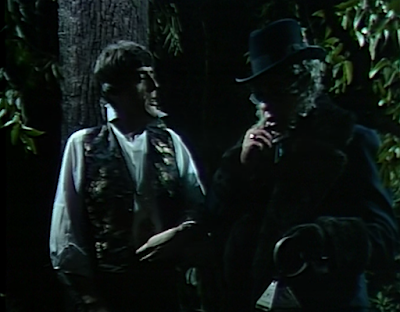 Angelique works to free Jamison of his possession by David.

Petofi arrives at Collinwood and tells Quentin that Angelique must stop immediately.

Angelique continues to work on Jamison. She stops when she senses Petofi's presence. 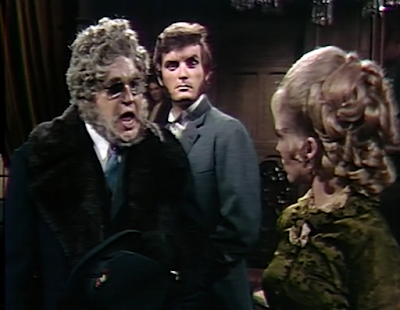 Jamison moans about the telephone while Angelique watches over him. She asks him who he is, and he says he is David Collins. She presses him and he says he's not sure who he is. 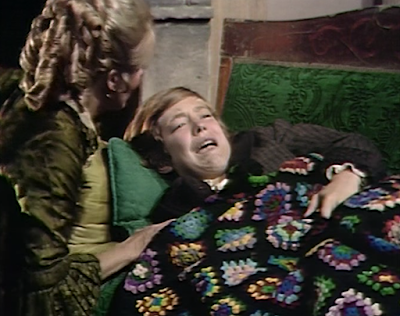 Aristede searches for the scimitar. When Petofi returns, he asks for certain candles. Aristede tells him that the scimitar is gone. Petofi tells him to get the things he requested.

Angelique asks Jamison who he is. He says he is someone else, far away. Angelique says he must claim his true identity. He starts to say his name, but cries out and collapses. 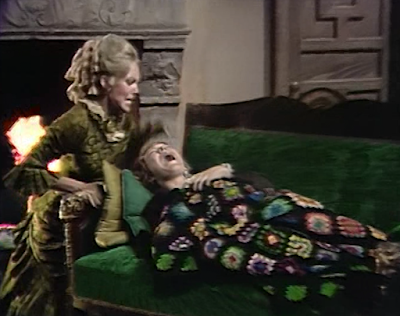 John: After so much buildup, is anyone else disappointed that Aristede didn't use the dancing girl to kill King Johnny?

Christine: I wouldn't think it would be an effective throwing knife, but he could have finished him off with it before he had the chance to be cursed by him.

John: Look! Maggie's afghan is covering Jamison! Is this its first appearance in 1897?

Christine: Definitely not! It has been a well traveled afghan in 1897. Here are some of the places it has made an appearance during this time period:

John: So we're supposed to believe that Petofi is stronger than Angelique? Obviously we've got far more history with her witchiness, and plenty of examples of her power. After Petofi's recent breakdown due to his fear of the gypsies, it's hard for me to accept him as an all-powerful warlock. He and Aristede have both swung from boastful tough guys to whiners... to the point where it's just getting silly to see them posturing against their adversaries.

Christine: We're supposed to believe that Petofi thinks he's stronger than Angelique. Every sorcerer has a weakness to be exploited, though they all seem to have the power of invincibility, which enables them to resurrect themselves from certain death. It will still be interesting to see the two take hit points using spells against one another, and it's possible the gypsy power within the hidden scimitar could tip the balance in favor of Angelique.