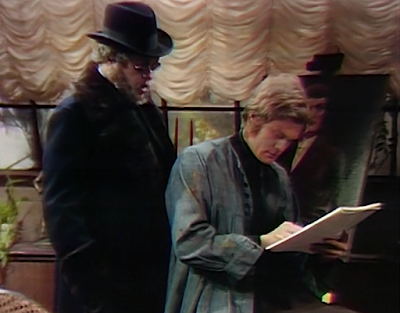 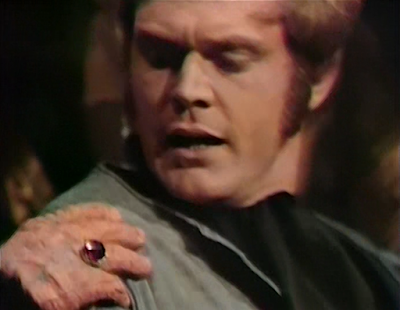 Petofi requests an answer. Tate says this request is more grisly than normal, and says he wants no part of it. Petofi reminds him they have a contract. He adds that no one will be harmed. He asks when Tate can start, and he hands him a bag with the subject of the commission in it. 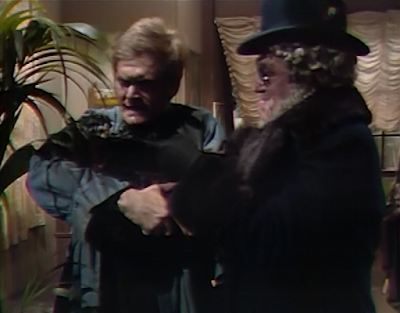 Amanda is packing her bag when Tim returns. He says he was counting on her to help him. She says she's already had too much of Trask. Tim says that he needs her. She says he's just using her. He asks her to do one more job for him, and then he'll take her back to New York. He tells her to get dressed up. Tim tells her she's going to meet Count Petofi. 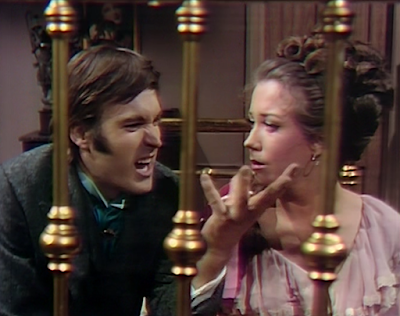 Petofi is in his hidden lair when Magda comes to see him. She shows him the note, and tells him the gypsies are coming. He says he expects the neighborhood to be swarming with them soon. He says they won't be looking for him unless they know he's there, and they don't. He says they're looking for her. She asks for his protection, and he tells her that will endanger his own existence. She says that they may find out he's in Collinsport. He tells her that she won't be able to help them, and touches her face. He says she cannot speak or write his name. He tells her to leave, as he has a visitor coming, and she tells him she hopes it's King Johnny himself. 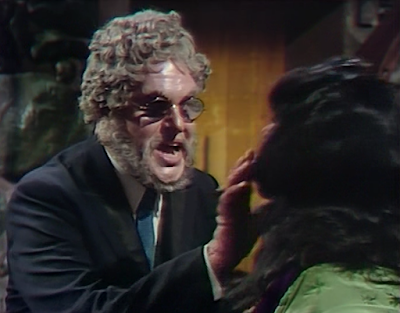 Amanda arrives at Petofi's lair. He asks who sent her, and she says Tim did. He says she's beautiful—an 'ideal' woman. He asks if she's had her portrait painted, and she says she has not. He asks where she first met Tate, and she doesn't know who he's speaking of. He asks why she's there. She says she needs his help. She says she's in love with Tim, and she wants to get him away from Collinsport. She says Tim told her he has a talisman that would help him get his revenge. He asks her if Tim told her what his talisman is. She says he did not. He takes his glove off and shows her the talisman—his hand. He tells her to let Tim know his conception of strategy is pathetically inadequate. Amanda leaves as Petofi smiles. 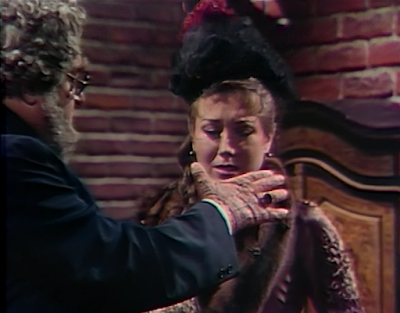 Magda returns to the old house to find it ransacked. A man comes downstairs—King Johnny. He asks if she's frightened. She asks for mercy. He says he would like to slit her throat and be done with her. 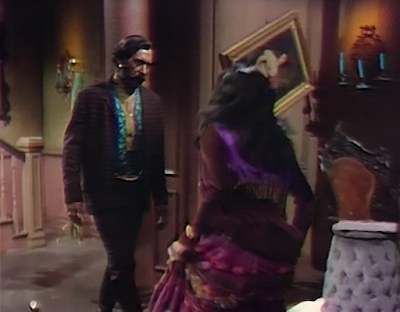 He says she will live her miserable life a little longer, because they do not yet have the Hand. He says if she returns the Hand, maybe, just maybe her punishment will not be so severe. But she will go on trial because of Julianka's death. He tells her to think hard about where the Hand is, and threatens to kill her if she cannot remember where it is. 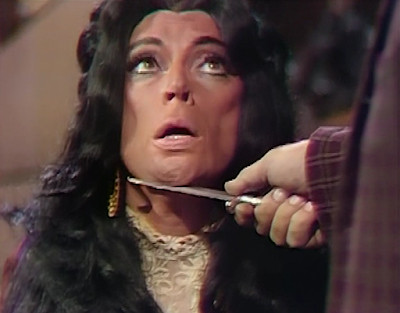 Amanda asks Tim what he will do. Tim says he has to stay. She aks why Trask is so important to him. He tells her Trask is responsible for two deaths, one of someone he was very fond of. He tells Amanda to unpack, and she agrees to stay a little longer. She suggests that he not have anything to do with Petofi. Amanda tells Tim that she has no memory of her past beyond two years ago. 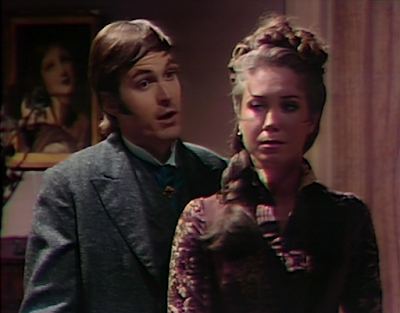 Magda cleans up the mess made by King Johnny. He comes back downstairs, demanding to know who has the Hand. She says she cannot say, and is physically unable. He slaps her across the face, and asks her if she needs more help remembering. She points to the box the Hand was in, which appeared in the room. She tells him it's empty. He opens it, looks inside, and closes it. He tells her to open the box. She does, and is shocked to see the Hand inside. 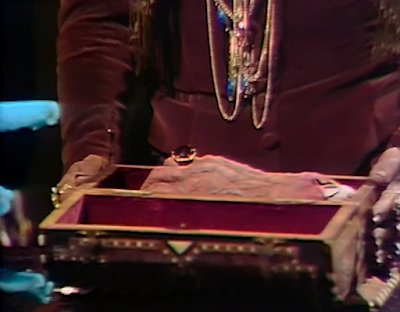 John: I was wondering why we never got to see Tate's sketch of his ideal woman, and I had been placing my bet on the Josette/Maggie Evans lineage.

Christine: Hopefully we'll get to see his sketches of his ideal woman soon.

John: Amanda seems to be a little too sharp just to be a lady of the evening Tim picked up in New York. Of course, it sounds like we'll soon find out more about her mystery, and the lost memories beyond the last two years. A coincidence, perhaps? Not on Dark Shadows! 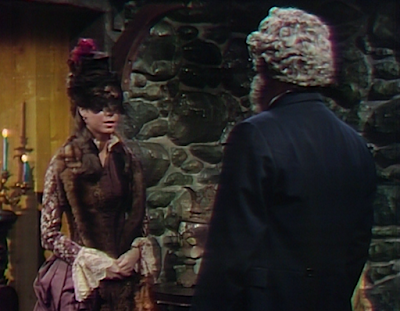 Christine: When did Tate start making sketches of his ideal woman? Do you suppose he started two years ago? It seems the power of the portrait is at work once again.

John: Could there be—a FALSE hand of Petofi? That almost makes things too easy. Something tells me that King Johnny isn't about to skip town before the truth comes out.

Christine: I think we just encountered the Hand of Abraham Howell that was exhumed on Friday, and likely the handiwork of Charles Tate. I suppose Petofi must have conjured an identical ring since he was still wearing his when showing off his favorite appendage to Amanda.