Petofi tells Beth that Barnabas is no longer her master if she turns her back on him. She does, and walks out. Petofi speaks to Barnabas through the coffin, telling him that he is stronger, and there is no one left to help him. 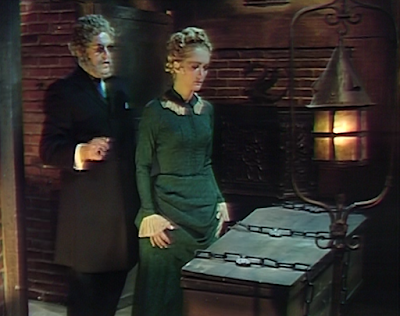 Tate works on his portrait of Quentin. He takes a palette knife and prepares to destroy it when Petofi walks in on him. Tate says he thought Petofi was sick, and he assures him that he is better than ever, brandishing his hand. He tells Tate that he and Quentin would both suffer if the portrait were destroyed. Tate tells him that someone saw the face in the portrait change to an animal's face. Petofi grabs a brush and approaches the painting. Tate goes to stop him, and Petofi reminds him of artists whose success came out of nowhere, and then left just as quickly. Petfoi grabs him by the throat and Tate assures him that he'll do as he's told. 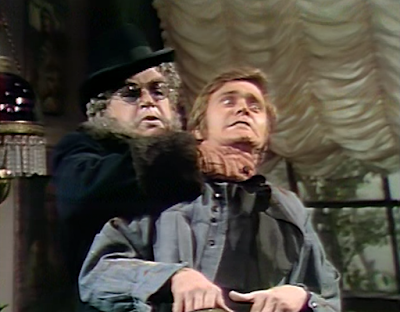 Beth returns to Collinwood, distraught. She looks at the portrait of Barnabas and turns away. As she goes to run upstairs, Quentin calls her into the drawing room. He says he knows she went to see Barnabas, but couldn't help him. He explains that he knows all about Barnabas' predicament, and he couldn't help him either. He says there must be a way to save him, and she tells him that she wants Barnabas to stay chained up forever. Quentin asks what Petofi did to change her. She says he showed her her future, and when she saw herself with fangs she knew she'd never help Barnabas again. She begs him to go away with her and his daughter. He explains that his daughter will remain with Mrs. Filmore. Quentin floats the idea of them traveling the world together, until the moon rises. He tells her that if there's any hope dealing with the curse, it's in Collinwood. She tells him she's afraid of death, and as he leaves, she sobs and runs upstairs. 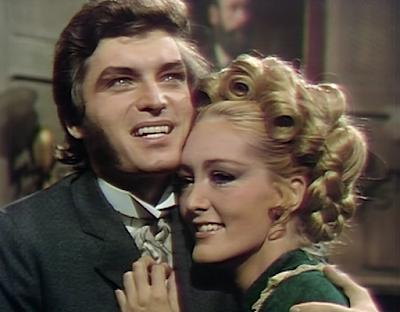 Charity says she needs to talk to her about Quentin. She explains their quarrel is a blessing in disguise. She says Quentin is not good enough for Beth. She says she doesn't know the really terrible thing about Quentin. She asks what Charity means. Charity says that maybe she's saying he's a murderer, but at least a murderer is a human being. She tells Beth to stay away from him. Beth accuses Charity of being in love with Quentin. Charity says she found him to be handsome once, but now she sees an ugly face when she looks at him. Beth warns her not to start rumors about him. 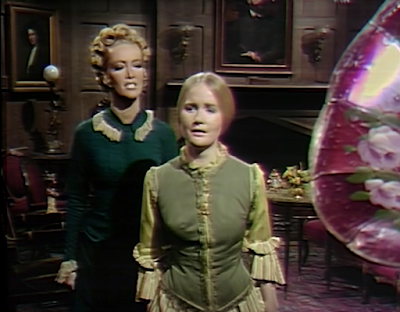 Petofi praises Tate's talent. He tells him he thinks his portrait of Quentin is finished. Tate says he wants to do more work on it. There's a knock at the door. Petofi asks who he's expecting. Tate says he's not expecting anyone. Petofi goes to the next room, and Tate opens the door. It's Charity. She comes in and sees the portrait of Quentin is almost finished. He asks how she likes it, and adds that he'll be doing a portrait of her soon. She tells him that she's changed her mind. She says he paints too well, and he'll find in her a terrible secret like she saw in Quentin's portrait. Tate tells her that was only her imagination. 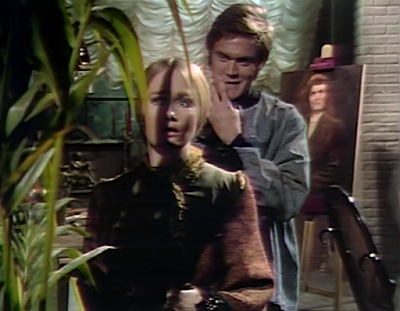 She says she wants to tell him the reason the portrait changed, but she has to go to her father now. She warns him to stay inside with the doors locked on nights with a full moon. Petofi eavesdrops on the entire conversation, and after she's gone, Tate tells Petofi that the portrait actually did change, and Quentin is a werewolf. Petofi confirms it. Tate asks what his portrait has to do with his plans, and Petofi reminds him that he's not obligated to tell him his plans. He mentions that he may have to deal with Charity, who talks too much, the way the gods dealt with Echo. 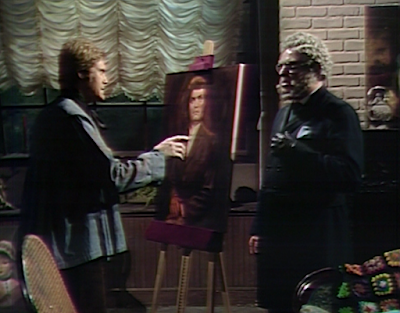 Tate finishes up the portrait of Quentin. 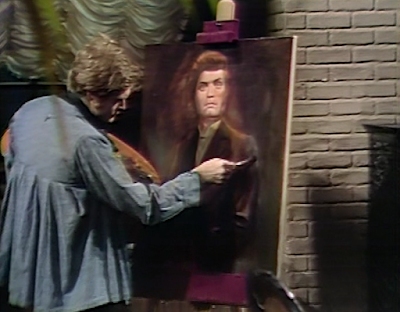 Quentin sits in the drawing room, listening to his theme, when Petofi arrives at Collinwood. He asks what Petofi wants, pointing out he has driven Edward mad, possessed Jamison. Pefoti says they may all recover. Quentin asks about Barnabas, and Petofi says that's between the two of them. Petofi says that he has come to save him. He says he can end Quentin's curse, and walks into the drawing room. He describes his theme as melancholy. He tells Quentin that when the time is right, he will help him. Petofi tells him that he's in danger from Charity, who has talked to Charles Tate. Petofi says he will deal with Tate. 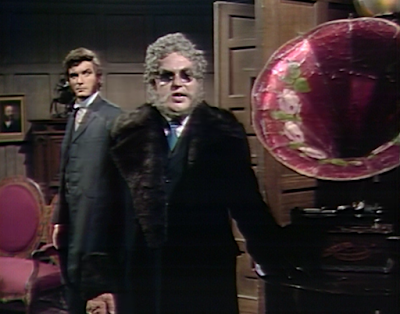 Charity comes in and tells Petofi to leave. He asks her if she's enjoying her stay at Collinwood, or if it's too much for her. Charity is unable to speak. He places his gnarly hand on her throat, telling her he has a healing touch. 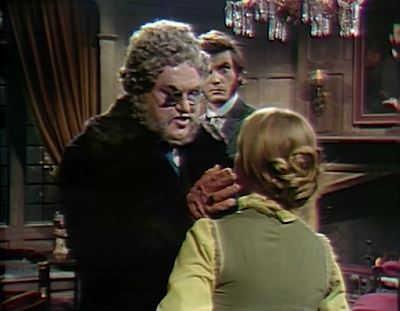 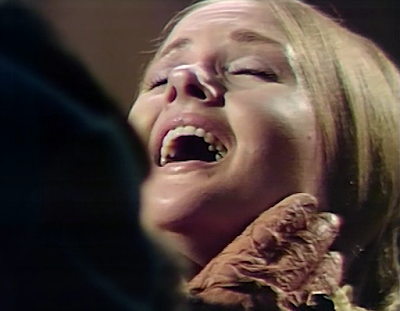 John: Beth seemed pretty okay hanging around Quentin the werewolf. I don't quite get why she's getting so worked up about being a vampire bride, unless it's the hours... 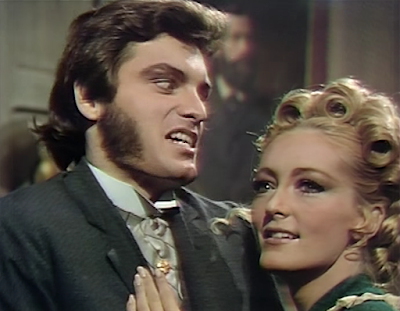 Christine: Perhaps she does not relish the thought of feeding off people. Of course, we forget that's what vampires do since we hardly ever see Barnabas dining out.

John: So pretty much everyone now knows that Quentin is a werewolf, right? I can't wait to see how the portrait plays into things. Will Petofi arrange it so only the portrait of Quentin turns into a wolf when the moon rises?

Christine: He said he would cure him, so I wonder if that's the intended purpose of the portrait. Time will tell.

John: The thought of Charity without a voice is quite appealing. I wonder how long this could last... I hope Petofi doesn't cure her too quickly!

Christine: I expect Trask will be shoving her to her knees for more prayer over it when he gets back. You know who it would be great to see right about now? Angelique! She hasn't been around since Julianka was trying her hand at the Hand. Do you suppose she's been off in Martinique gathering her dowry together? We can't just have one all powerful character on the show, and it would be nice to see her go head to head with her powers against Petofi's.