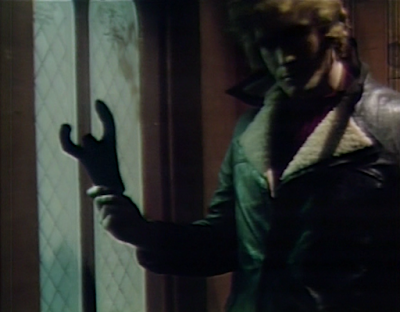 Blair realizes that if he had all of his powers, there would be no Angelique to taunt him. Jeb arrives at Blair's house with the shadow cut-out. Blair says he hoped they would not meet again. Jeb tells him that they must talk—perhaps for the last time. Jeb says he knows he was wrong to do what he did. Blair tells him that he could have had the world. He asks why Jeb came to see him. Jeb asks for his help with the shadow. Blair says he trusted Jeb once, and it was a mistake. 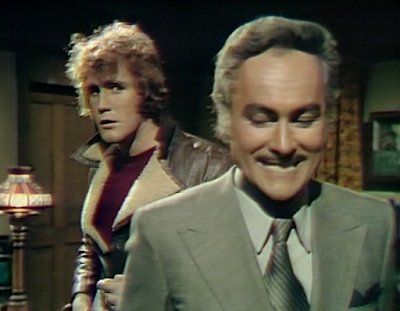 Jeb says he must have some use for him, and Blair says they might recoup something to his advantage. Blair asks if he will do anything he says, and Jeb asks if the shadow will disappear. Blair says they must move the shadow to someone else, but he has someone in mind. They drink a toast, and Blair asks if he has the paper cut-out, because they have to use it on Angelique. He uses his cigarette case to hypnotize Jeb. 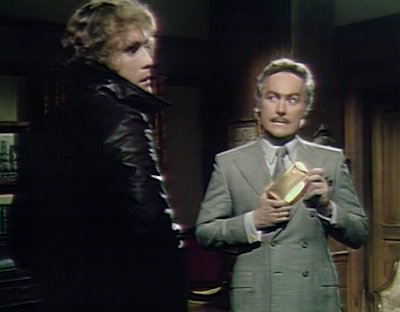 Blair tells Jeb that he underestimated him. He asks if he really thought he would give him a second chance. He says he's not the kind of man who forgives. Jeb places the shadow on Blair's heart and runs out. The shadow attacks Blair as Sky rushes in. Blair is on the ground, wide-eyed and mouth agape. 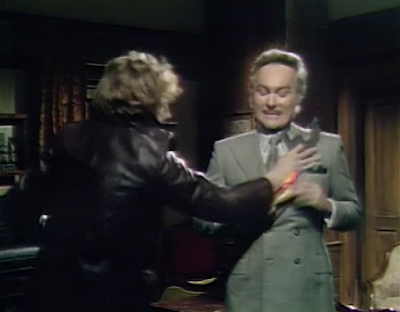 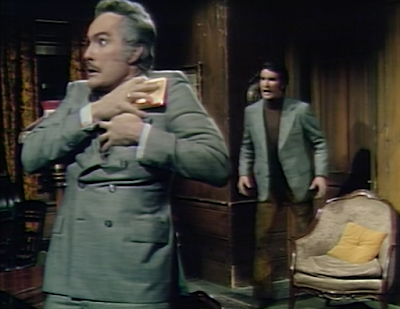 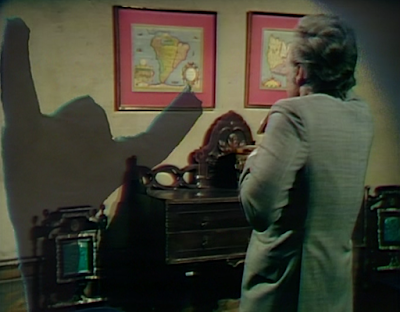 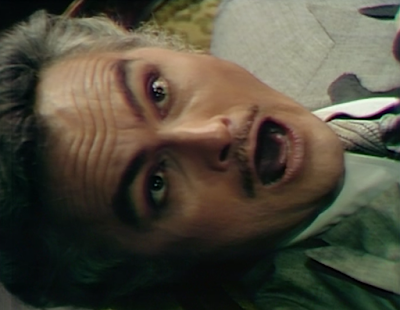 Roger tells Carolyn that she's changed since she got married, and he asks her what the problem is. She says it's for she and Jeb to solve. 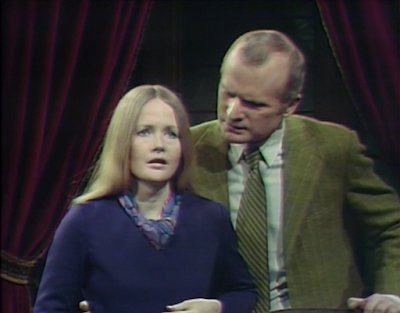 Sky kneels by Blair's unconscious body lying on the couch. Jeb returns and Sky asks him if he had to see that Blair was dead. Sky tells him that he is, but Jeb won't get away with it. He says Blair is not a alive, but he's not human, and he'll be back. Jeb leaves. Sky watches as Blair's astral form leaves his body. It tells Sky that he is all alone now, but he will help him. He says he must revenge him, and Jeb must die. Sky tells Blair he'll do whatever he wants. Blair whispers that he still has some powers, and he will use them. 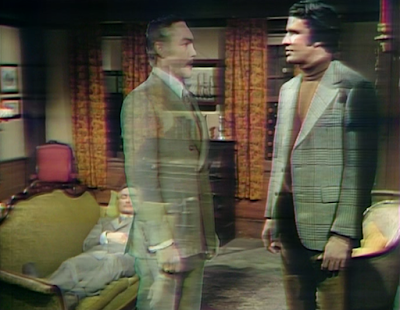 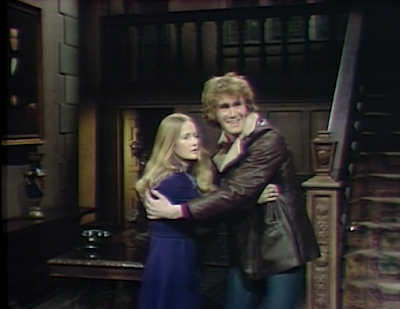 He sits down and hears Blair's voice tell him that he'll never leave; that the dead will not let him. David comes in and asks Jeb why he's alone. Jeb says he's going to the carriage house. He tells David that he and Carolyn are going on a trip tonight. 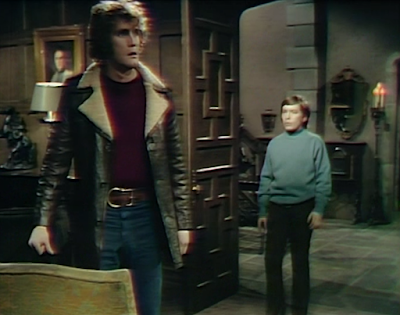 Roger returns to the room in the East Wing. He opens the door and sees David talking to the portrait of Angelique. The boy says his name is Daniel, and he asks the portrait when she's coming back. Carolyn comes in and says if she were Quentin, she would lock the room up. He says she's coming back with Quentin, and Carolyn tells him that he'll have a new mother now. He denies that he will. Carolyn closes the door on Roger as he calls to her. He opens the door again and it is once again empty. He realizes that Daniel is the son of Angelique and Quentin. He wonders when they will know what this all means. 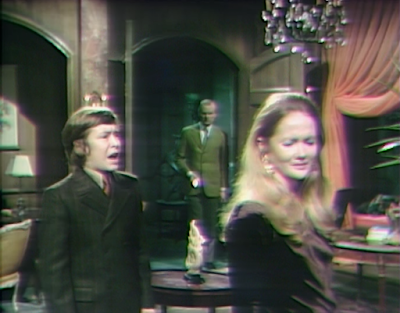 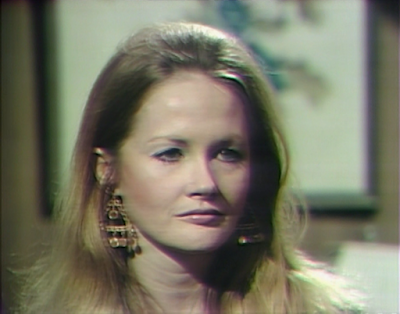 David plays solitaire, and Carolyn tells him that he must have heard Jeb wrong, and that they're not planning to leave tonight. David asks her if she's staying away forever, and she says no. He says when he grows up, he's leaving—going where the action is. Roger comes in and tells him to go upstairs to bed. As they go up, Roger tells Carolyn that she can come see him in his room. 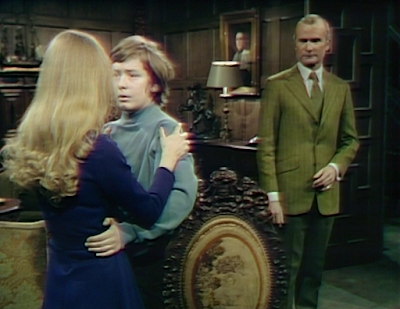 Carolyn is asleep in a chair in the drawing room. As she sleeps, she hears a voice calling her name. It tells her that it will end at Widow's Hill. The voice asks her if she'd like to see how it will happen, and she sees Jeb atop Widow's Hill. Sky approaches him, accusing him of killing Blair. Sky attacks him and the wrestle to the edge of Widow's Hill, where Sky throws him over the cliff. Carolyn wakes and gets up. David comes downstairs and asks her where she's going. She runs out saying that she's going to Widow's Hill—the back way. Jeb arrives and asks David where Carolyn is. He tells Jeb that she's gone to Widow's Hill. 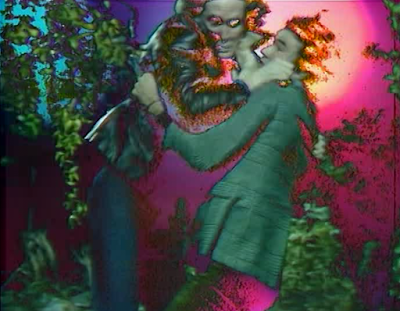 Carolyn goes to Widow's Hill looking for Jeb. She instead finds Sky. He tells her that Nicholas didn't want her to see her own death. He grabs her and tells her there's no escape. 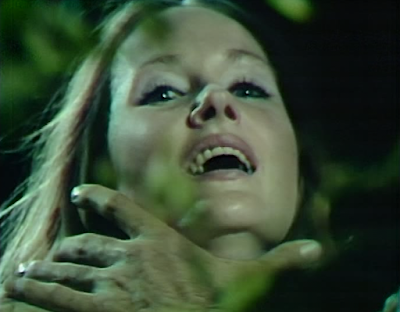 John: Do you think we've seen the last of the dancing dark shadows? It's interesting to note that in killing Blair, the dancing shadow managed to do so whilst basically squeezing out his astral body, like toothpaste out of a tube. 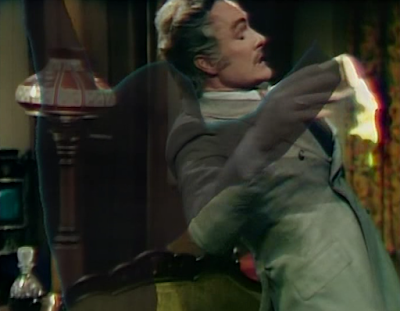 Christine: I just don't understand why it attacked Blair immediately when it's been doing the cha-cha around Jeb for weeks.

John: I heard a little Burnt Offerings in today's score. Once again, Roger takes a break from the main storyline to check in on parallel time. To add to the confusion, David is Daniel in parallel time. I was fine with him being the offspring of Quentin and Angelique, but they at least could have kept his name the same. We also wonder when we'll know what it all means, Roger. Of course we can also wonder what Roger means when he tells David that all the action will be in his bedroom.

John: I hope we'll get another Philip-over-the-cliff with Sky tomorrow. Of course, there's a good chance he won't screw up, and he'll at least take Jeb with him. That would be appropriate, and provide one more widow for the cliff's namesake.

Christine: Sky turned on Blair in Episode 974, but now he's back to being a staunch Nicholas Blair supporter. I guess with Bruno out of the way, he was happy to be back to being Blair's number one man. Nice psychedelic dream sequence today. 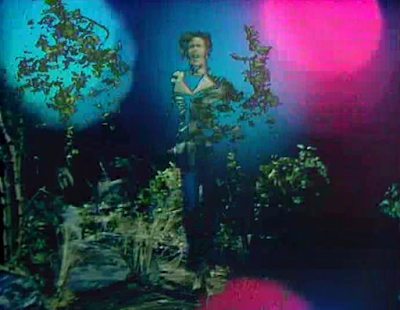