Barnabas snoops around the old house looking for something. He uses a letter opener to pry open a drawer, in which he finds a diary. He reads Angelique's notes about some man helping her circumvent death. Barnabas turns and finds himself in an empty room. Julia walks in, thrilled that he's back, and safe. He says he's back, but Maggie's in terrible danger in parallel time. He asks how he can help Maggie. He says she's disappeared, and he thinks she's being held by someone, possibly Angelique. Julia says Angelique is evil in parallel time. She explains she saw Angelique with her own parallel time counterpart, discussing that she had to find out his secret and destroy him. He says he must go back to the time to reunite Maggie with Quentin. He says he'll stay in the room until it changes again. Julia tries to stop him and he refuses. She says she's going with him, and he explains there may be a law preventing two of the same person existing in parallel time. She says she'll take the chance of dying rather than never seeing him again. He convinces her not to, and asks her to lock him into the room. 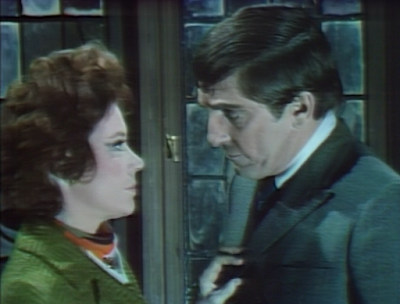 In parallel time, Angelique asks Julia if Yaeger mentioned her. She says she gave him the letter from Quentin and left. Angelique notices that her diary is out. She thinks that must mean Barnabas read it, but she doesn't understand why he left it, when he could use it against her. Julia suggests that she burn it, and Angelique says it's her only link to the past, and she'll hide it somewhere Barnabas can never find it. 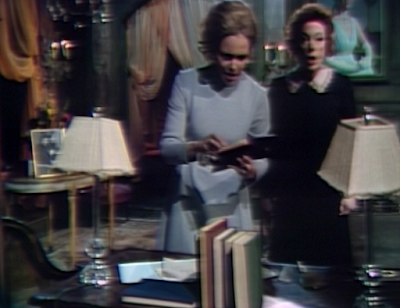 They leave the room and Barnabas enters. He looks around for the diary but can't find it. Julia enters and asks him if he's looking for something. He says he had a book the last time he was in the room, and he thought he had left it. He says someone may have taken it, and Julia tells him that anything is possible. He tells her that she's fighting a losing battle. He says he once knew a kind doctor who looked just like her, and she would never sit by and watch while Maggie Collins gets hurt. She says she doesn't know anything about her. He says that if she does, she will tell him. Angelique comes in and says she needs Julia downstairs, and drags her away. 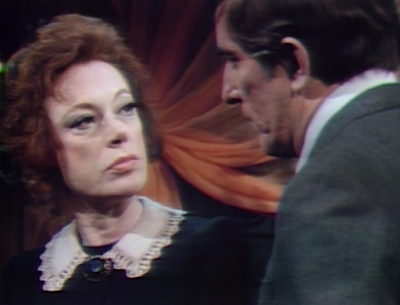 Maggie is sleeping in her cell when Yaeger returns. He asks how she's feeling and Maggie says he needs to let her go. He asks if she's ready to leave with him, and she says no. She tells him that she's not well. He feels her forehead and realizes that she has a fever. He tells her she'll be fine by tomorrow. He says he has access to Cyrus' lab, and will get her medicine. He asks where she'd go if she left. He says she would not be welcome in Collinwood, particularly after writing the letter to Quentin. He tells her that he already replied, and opens a letter to read to her. 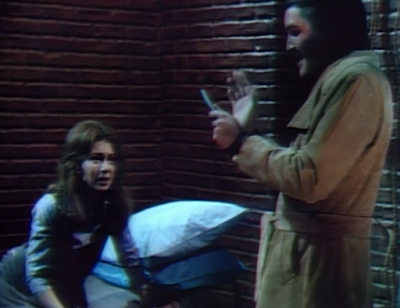 In it, Quentin says he doesn't understand her, but she must believe that what she's done is for the best. He shows her the letter to prove it's Quentin's handwriting. Maggie asks where he got the letter. Yaeger tells her that she'll forget Quentin, and find a new true love. Yaeger leaves, and Maggie thinks about escaping. She realizes she has to get him to take her out. 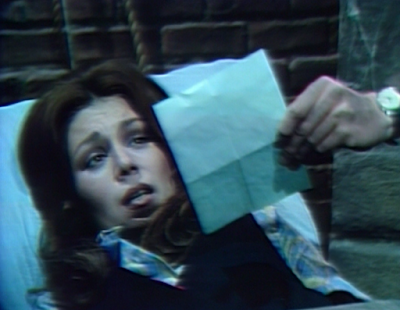 Angelique finds Barnabas snooping in her room. He asks who helped her circumvent death. She says she never kept a diary, nor did her sister. He says he intends to find out who else knows her secret. He leaves, and Julia enters. She asks if Barnabas found the diary, and Angelique says he didn't.  Angelique agrees to burn the diary, and says they need to find out about his curse and destroy him. 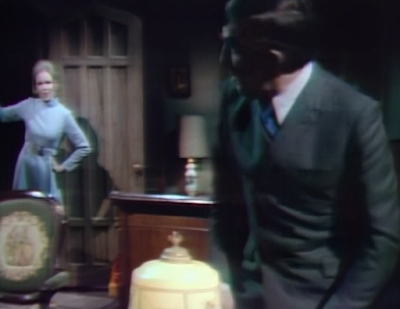 Yaeger returns with medicine and gives it to Maggie. He leaves the door open when he goes to get her water. He returns and tells her she'll be fine. She tells him she's decided to go away with him. He says he's not convinced. She says she's telling him the truth. Based on Quentin's letter, she has no future in Collinwood. She says she doesn't love him, but in time she may learn to. He gets excited, telling her they'll go to New York, and he'll shower her with gifts. He tells her he's going to get all the money they need, and then he'll be back. 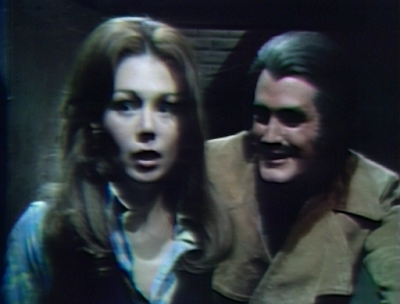 Barnabas comes downstairs at the main house and after he leaves, Angelique and Julia come out. Angelique tells Julia to follow him, and report back everything he does.

At the old house, Barmanas calls for Will. He opens the passage to the secret room, not realizing that Julia is watching him from the window. 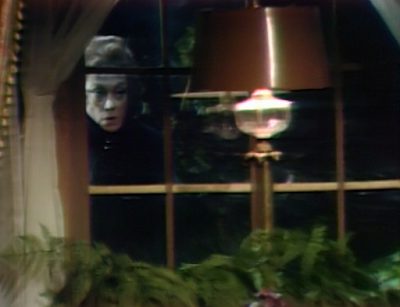 John: Suddenly it's easy to step in and out of parallel time? If just being in the room is enough, how come no one who has spent more time in that room than Barnabas has happened to be in it when it just shifted between the two time bands. Not sure what the writers were thinking, as it's not even like they got anything out of returning to normal time aside from the one scene with Barnabas and Julia.

Christine: It's easy for Barnabas to traverse parallel time, but perhaps not others. Julia is still locked out, though it was hard to tell with the heavy editing at the beginning of the episode. We have to assume there may be something to the rule that he just made up that there can't be two of the same person existing simultaneously in parallel time without one of them dying. It certainly seems pointless for Barnabas to return to his own time unless they are setting it up to have Julia crash parallel time and save the day when Barnabas gets himself in too deep with Angelique.

John: Why is Angelique still putting on the Alexis charade when alone with Barnabas? We all know, and there's no one else around, so why play games?

Christine: I kind of thought it was because she was concerned someone could overhear, though if anyone was around to hear the topic of their conversation, it wouldn't really matter. I think she's just being bossy.

John: Boy, Yaeger is as dumb as he is sleazy. That he would so quickly buy Maggie's story seems completely out of character. Of course, he's so caught up in how he's going to hug her and pet her and squeeze her and rub her and caress her... Though he probably won't call her George.

Christine: I was worried Maggie was going to be the dumb one and not try to convince him that she was willing to leave with him so she could attempt to escape. I wonder how far they'll get before she slips up and he brings her right back. 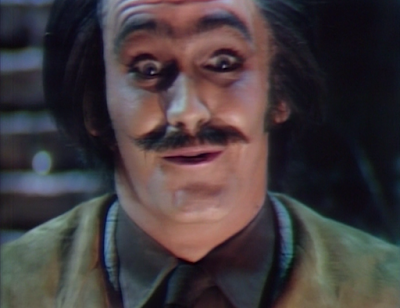 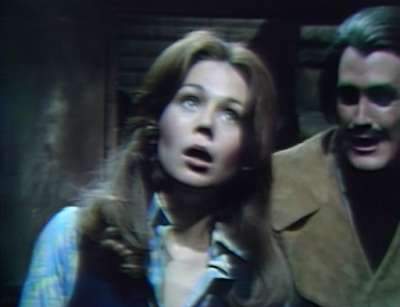