Angelique visits her father and asks him who helped him bring her back. She asks him to take her to the person who can help her. He points to a curtain, and tells her there's something behind it. She says at last she'll meet the person who made returning to Quentin possible. He says she must go alone. She pulls back the curtain, revealing a door. 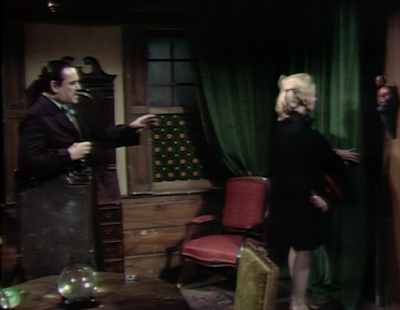 Angelique is in a room with a candle, and a body covered under a sheet. Her father comes in and lifts the sheet, saying the life force in Angelique's body came from this woman, and she's calling her life force back. She is the reason Angelique is consumed with cold. He says if they destroy the body, it will destroy the lifeforce and they both will die. Angelique tells him it's not safe to keep the body there, and he says he has taken precautions. He tells her she'll have to trust him, and explains she owes him a debt of gratitude. 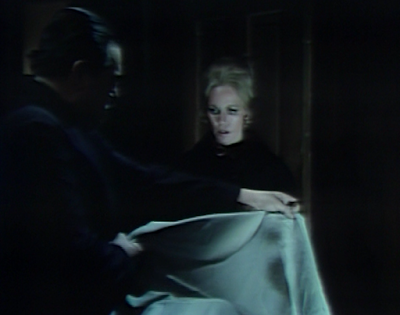 Barnabas reads a note from Maggie, and Quentin says it's proof she left of her own free will. Barnabas tells him that he thinks someone took her, and she's in great danger. Quentin says she mailed the letter from Collinsport. Barnabas reiterates that he thinks someone could have forced her. He asks if Quentin is sure she doesn't have enemies, and he asks him to name one. Angelexis comes in and asks him to say who it could be. Barnabas says someone who has tormented her since she arrived. Angelexis claims to love Maggie, and then breaks into tears and runs off. 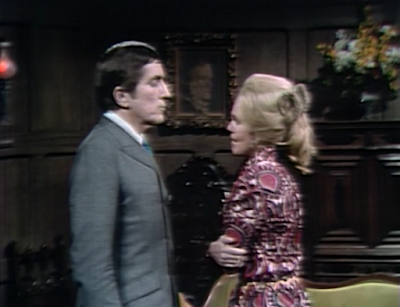 Quentin says he thought Barnabas agreed not to accuse Alexis, and he says he didn't accuse her. Barnabas brings up the voice in the portrait, and Quentin says he needs to be logical and reasonable. He leaves, and Angelique returns, asking why he didn't tell Quentin everything about her. He asks her where Maggie is, and she says she doesn't know. She advises him not to interfere, and he says he will not rest until Maggie is safe, and he has proof to destroy her once and for all. 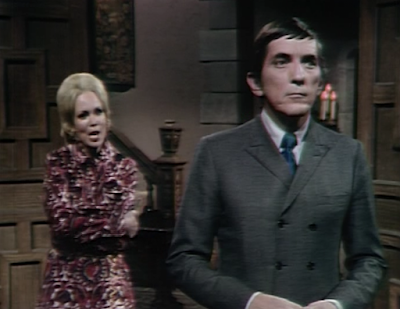 Julia asks Angelique why she pays any attention to Barnabas. She says they didn't hurt Maggie, they just drove her away. 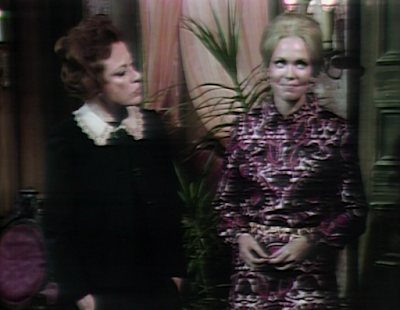 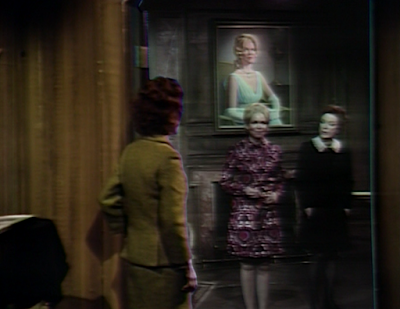 Stokes visits Collinwood and tells Quentin the house is magnificent. Quentin tells him that Alexis may not be happy to see him. Angelexis comes in and greets her father. Quentin leaves them alone together. 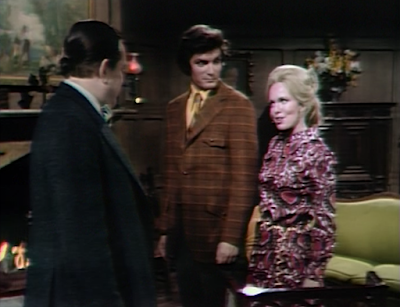 Stokes says he wanted to renew his taste for living, and pours himself a drink. She tells him it would be best if he stayed away from Collinwood. Stokes says he always felt Collinwood suited him. He says as mistress of Collinwood, he'll take advantage of her generosity. She says they should put things off until she is mistress of Collinwood. She reminds him that he and Alexis didn't get along. She says he will not be welcome. After she leaves, he decides he may need to teach her a lesson. 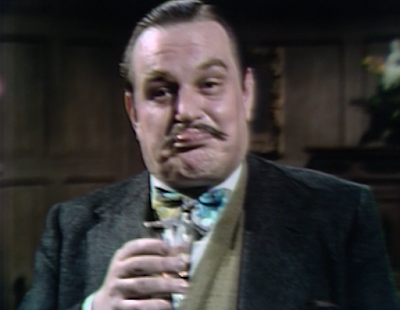 Barnabas returns to Collinwood, and Quentin says that Maggie planned to leave all along, because she sent some things ahead. Barnabas says he's going to resume his search. Quentin says she was hypocritical about leaving, claiming someone else stole items from her that she obviously took herself. Barnabas says he's going to continue looking for her. 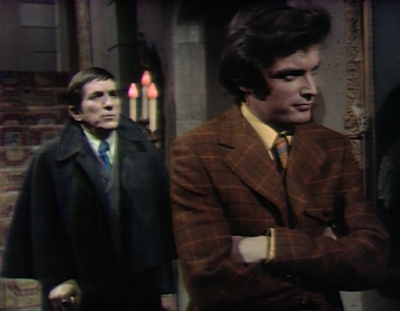 Stokes looks in on the woman's body in his house, and says he'll see who's in control. He starts an incantation. 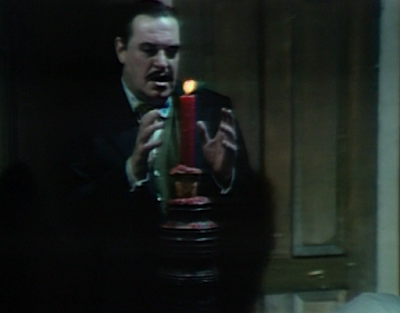 Angelexis asks Quentin where he's leaving, and he says he's going to Bangor. He starts to ask him a favor and stops. He presses her, and she says she just wants to do some shopping. He invites her along. She stumbles and he grabs her. She says that she's not cold, but she's feeling the strength drained out of her. As it happens, she declares that it can't be happening. He helps her into a chair and offers to call a doctor. She says it was just a passing thing, and she's feeling better now. She says she needs some fresh air, and when he offers to join her she snaps at him, and says she just needs fresh air. 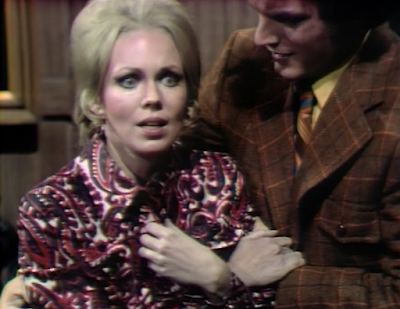 Stokes plays chess by himself while smoking and drinking. Angelique bursts in and asks why he did it. He feigns ignorance. She says she felt the life draining from her body. If he was trying to prove something, he did, but she warns him not to do it again. He says she just wanted to make things perfectly clear, and asks her if he did. She tells him that he wins. 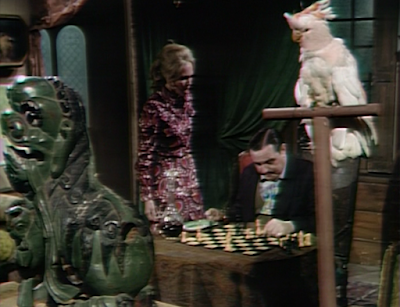 Quentin calls for Julia to mail a letter to Maggie for him.

Barnabas snoops around the Angelique's room, looking for something. He uses a letter opener to pry open a drawer, in which he finds a diary. He reads Angelique's notes about some man helping her circumvent death. Barnabas turns and finds himself in an empty room. Julia walks in, thrilled that he's back. He says he's back, but that Maggie's in terrible danger in parallel time. He asks Julia how he can help Maggie! 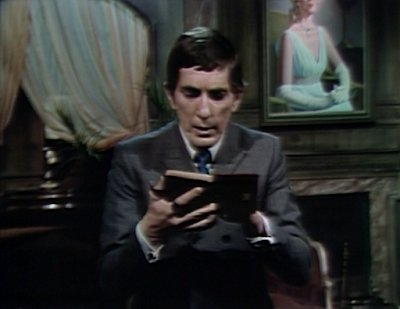 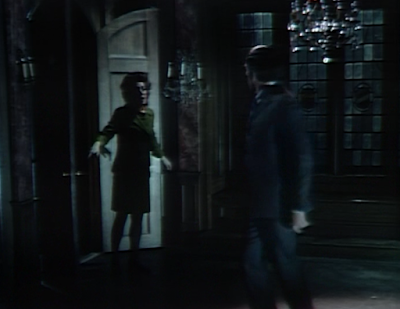 John: You know how sometimes it feels like you missed a few weeks of character development between episodes? What happened to the chummy relationship between Angelique and her loving stepfather that we experienced just the other day? If it were just a matter of them putting on an act so it would appear that she's truly Alexis, it would be one thing, but Angelique really wants nothing to do with her stepfather.

Christine: Her feelings of fondness seemed to dissipate when he made it clear that he intended to be underfoot at Collinwood, taking well advantage of Quentin's pop-up bar, though things really turned sour after he decided to teach her a lesson to help her understand why she needed to give in to his demands.

John: Nice to see our Julia again, if only to remind us how great her performance of parallel Julia really is. She's a pretty wimpy whiner when compared to her parallel time counterpart. 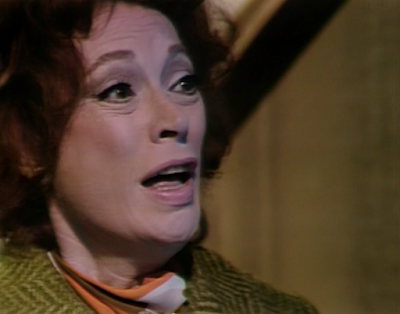 Christine: Histrionic may be the more appropriate description. I love how Quentin thinks that Maggie will be pleased to know that he won't try to contact her in any way while holding the letter he's written to her. 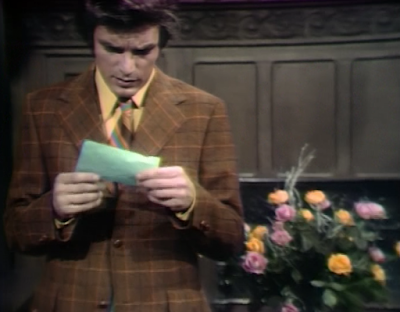 John: Okay, so reading from Angelique's diary was enough to send Barnabas back from parallel time. If you were him, wouldn't you be more excited about having found your way back home than caring about the state of anyone in an alternate reality?

Christine: Barnabas tends to get very wrapped up in whatever time period he's visiting, especially when there is a Maggie/Josette reincarnation around to captivate him. Remember how that kept him nearly forever in 1897? Julia had to be annoyed that he has found another Maggie to obsess over, though it probably did not surprise her in the least. I hope we'll get a chance to catch up on events in the original time band before Barnabas drags us all back with him to parallel time. 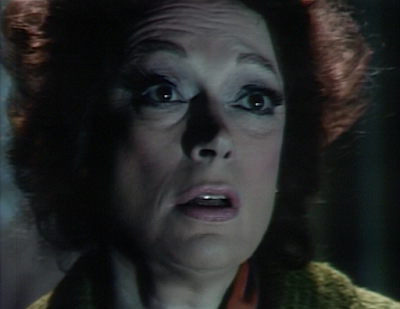