Petofi-Q has laid out the 49th hexagram. He closes his eyes. He sees a door with the matching hexagram, and gets up and walks through it. He finds himself in the drawing room. He calls for Edward and Judith. He finds proof that he's in 1969, and revels in his success. 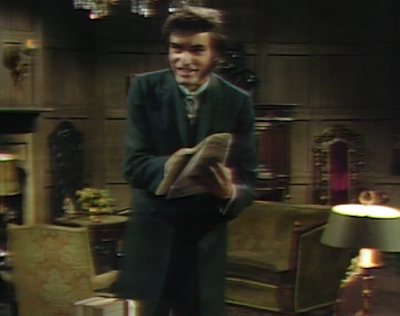 In 1969, Maggie Evans hears someone and comes downstairs. She goes into the drawing room, but no one is there. 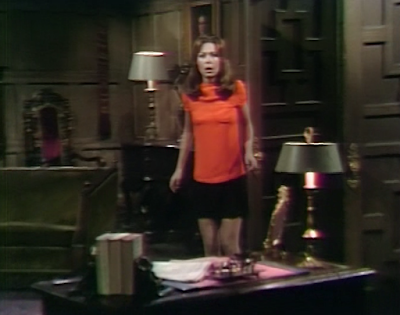 Back in 1897, Petofi-Q is on the ground, thrashing. Beth tells him that she had to do it. She went to bury the suitcase and the portrait wasn't in it. He blames her for pulling him back from 1969. 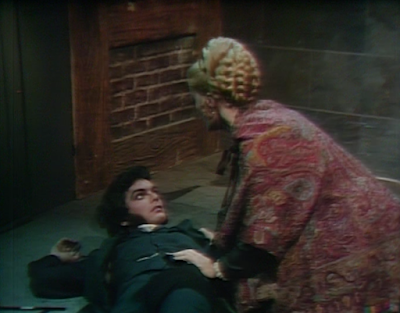 She reiterates that the portrait is gone, and shows him the suitcase. He asks who could have taken it. He said he was only out of his room for a few minutes. He tells Beth to get him Charity. He wonders how she knew it was his birthday, and who would have told her. He realizes that Barnabas was in the house. He tells Beth that he must get the portrait back, and return to 1969 today. 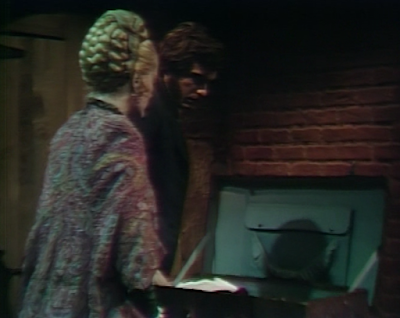 Beth drags Charity to Quentin's room. He asks Beth to excuse them. Petofi-Q tells Charity that she's quite charming, and exquisitely dangerous. He asks who sent her to his room. He tells her that Barnabas told her it was his Birthday. He chokes her and she screams. He lets her go, and tells her that she knows better than to fight him. He asks her where Barnabas was when they had their drink. She storms out of his room. 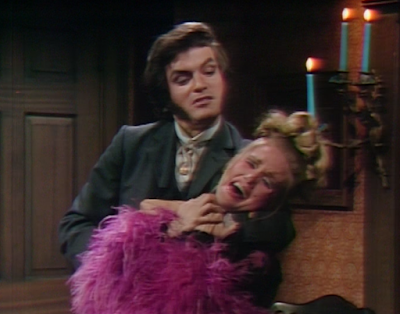 Kitty is looking at the portrait when Barnabas approaches. She asks him into the drawing room. She tells him that she wants him to leave Collinwood today. She says that he's responsible for everything happening to her, and he seems intent on driving her insane. He says that her attacks began before his arrival. He offers to explain what is happening to her. 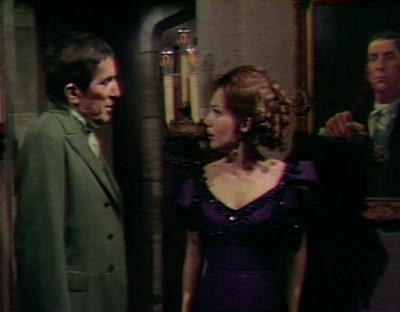 He says that she is the reincarnation of Josette DuPres. He says she is determined to live again. She says that he's mad. He tells her that she would be happier if she lets Josette live. He says that Kitty knows things that only Josette knew. She asks how he would know. He says he fell in love with her portrait as a young boy in England. He said no girl could match Josette until he saw her. He said he read her letters and diaries. He tells Kitty that he can help her. She calls him insane, and asks him to leave her. He does, and she hears the music box again. 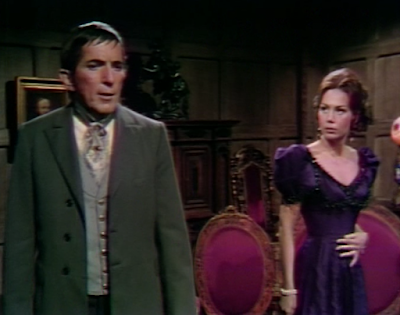 Charity dreams that she is Pansy, and Quentin is searching the house for her. He finds her in the drawing room, and tells her he's going to hold on to her forever. They dance, and they sing her song as a duet. It ends with Quentin kissing her, and as he backs away he becomes Petofi, who laughs at her. She wakes up screaming. 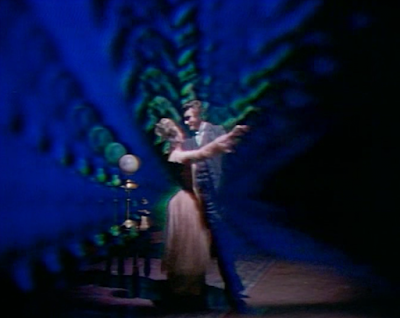 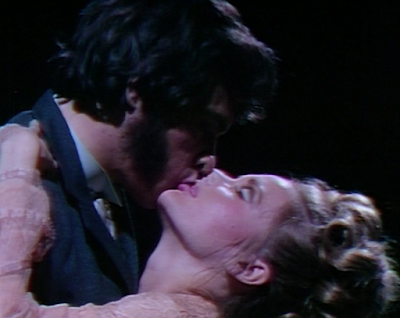 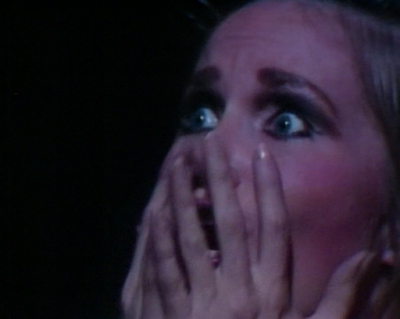 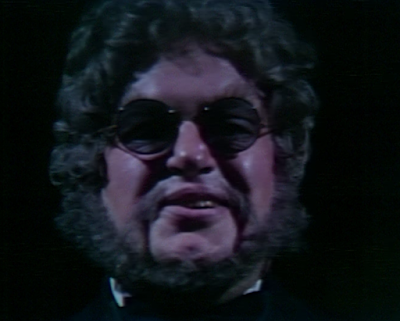 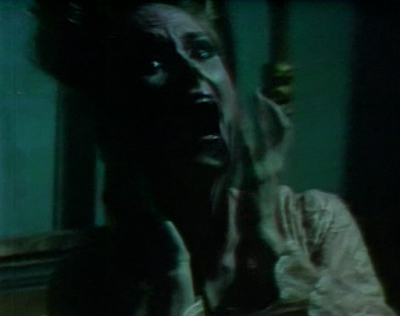 Petofi-Q finds Barnabas in the drawing room just after midnight. He says it's a minute too late for them to share a birthday drink. Petofi-Q brings up Barnabas' vampire past, and suggests that they just admit they are enemies. Barnabas agrees, and calls him Count Petofi. Petofi-Q reminds Barnabas that he has the powers of his hand. He threatens to use it on Barnabas unless he tells him where the portrait of Quentin is. 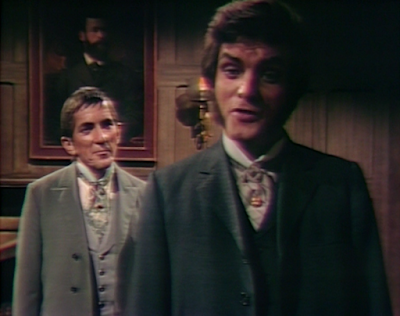 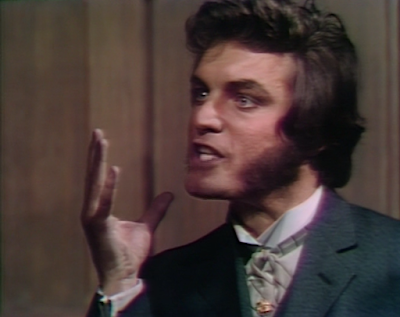 Kitty asks Count Quentin for help. She says she knows his hand has powers. He used it to make her husband say things she had never known. She begs him to help her. She offers her jewelry, and refuses to leave without his help. 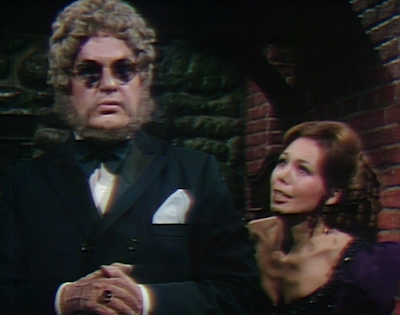 Petofi-Q tells Barnabas his time is up. Barnabas says he doesn't know where the portrait is. Petofi-Q raises his hand and first threatens death, and then decides to revert Barnabas to his vampire curse. He puts his hand to Barnabas' head, but nothing happens. Barnabas asks him what happened to his power. 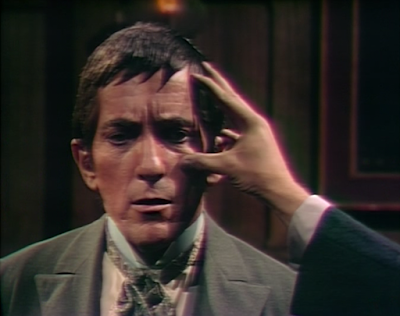 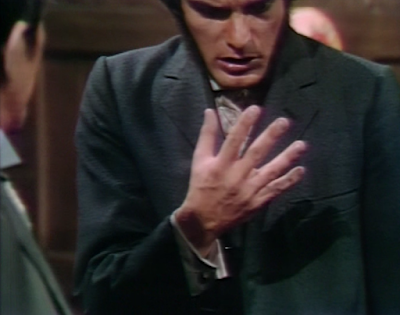 Count Quentin asks for Kitty to be able to see who she really is, and touches her face with his withered hand. She says that Barnabas is right, and she is Josette DuPres, but also Kitty Soames. 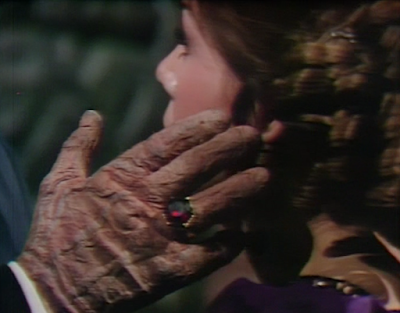 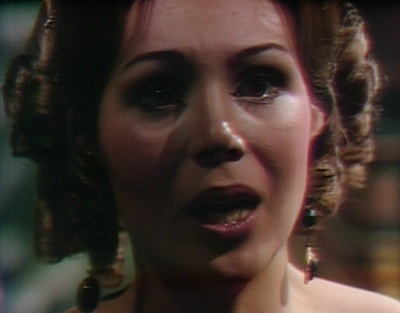 John: So the Petofi power has returned to its original source. But how? Is it related to Petofi-Q being yanked back from 1969 by Beth? Or something Barnabas did with Quentin's portrait? It sure feels like all family business is about to be settled, Godfather-style...

Christine: I hope he starts with Trask before he moves on to settling accounts with the Count.

John: The only thing more frightening than Quentin and Pansy singing a duet was the LSD/pre-disco music video... okay, his turning into Petofi would be pretty unsettling.

Christine: That may have been the most frightening thing we've seen on Dark Shadows to date! Though, if they had shown Petofi locking lips with Pansity, that would have been truly horrifying. I guess they didn't want to traumatize the younger viewing audience too much.

John: I love when characters offer to tell others the truth, when the truth is some fantastical, supernatural phenomenon. And then they back it up with some ridiculous story about research they've done to find this out...

Christine: If Kitty now knows that she is the reincarnation of Josette, I wonder if she also knows that Barnabas is the one and only from the portrait, and if she'll divulge what she knows to Edward in an effort to protect herself. 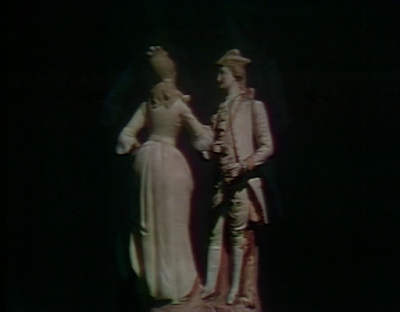 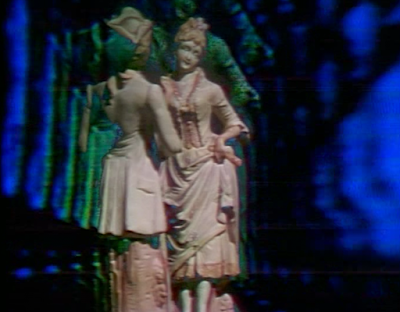