Barnabas realizes that he can't go away, but he can't stay and watch Josette get married to someone else. He remembers what happened with Jeremiah. Kitty comes into his room and tells him that she has heard his call. She says she will always be his Josette, and kisses him. He says the circumstances that kept them apart are now past. Thunder and lightning lead Barnabas to believe that someone else is with them. She says Jeremiah warned her to leave Collinwood. Barnabas tells Jeremiah to leave them alone. 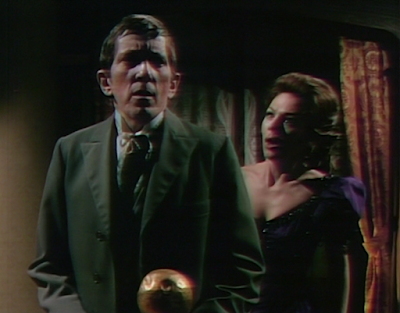 Kitty asks who he's talking to, and what she's doing in his room. She says he must be responsible for everything happening to her, and runs screaming from his room. Barnabas realizes that the one person who can come between he and Josette is Kitty Soames. 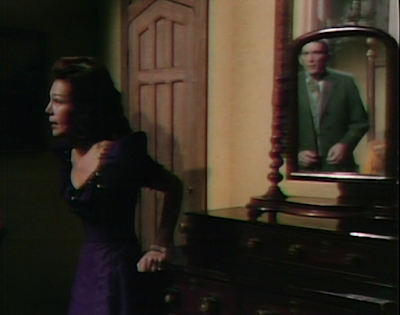 Angelique comes to see Count Quentin. He asks how she escaped from Petofi, and she says she just did. She brings in Barnabas. Count Quentin says they saw him dead in the coffin. Barnabas explains that he saw what they wanted everyone to see, thanks to Angelique. Barnabas explains that Julia could cure his vampirism, and then they had to ensure that everyone see the vampire was killed. 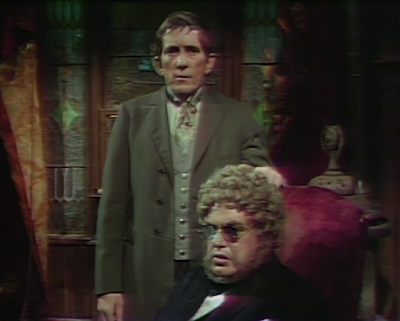 Angelique then adds that she created a doppelganger of Barnabas by making him stand before a mirror. Barnabas goes on to say that she trapped his reflection, and brought dirt from the graveyard to bring him out the mirror. 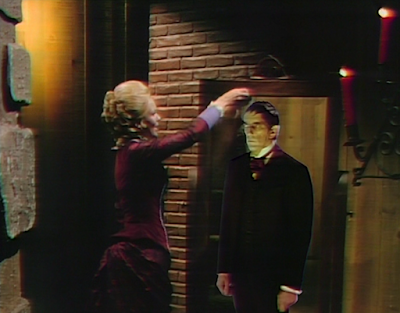 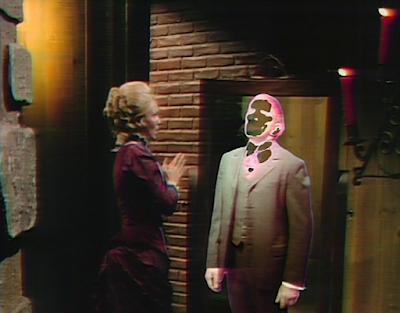 He adds that the doppelganger was the one who was destroyed. Meanwhile, he continued to receive treatments from Angelique, and when she didn't come he stumbled out and found Aristede outside the cave. Angelique says that now they can help Count Quentin. Count Quentin says he failed at stealing the Tate portrait, and Barnabas says he will do that. 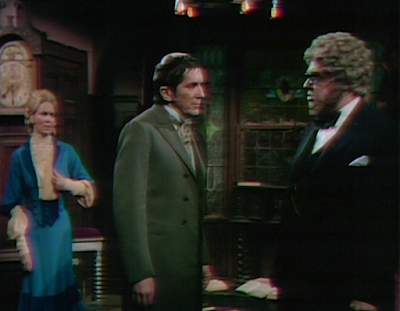 In Petofi's lair, Tate pours himself a drink to steady his hand, while saying he needs to stop drinking. Count Quentin comes to see him and points out that he's drunk. Tate agrees, and says he can't paint. He tells him that he has suffered enough, and asks for his talent back. Count Quentin explains that Petofi took his body. He tells him that he's Quentin Collins. Tate says he didn't take his mind, or eyes, or ears... he asks again to have his talent back. Count Quentin says that he can't. Tate pulls a gun on him, and says that all he cares about is seeing him die. 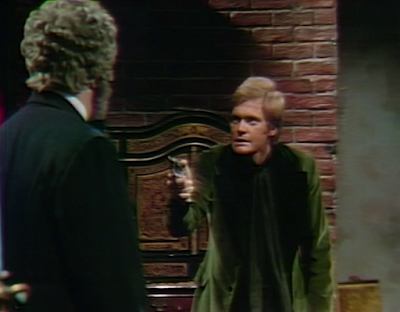 Petofi-Q interrupts him and tells him that he warned him. He laughs as Tate tries but is unable to use the gun. Count Quentin restates that he is Quentin, and Petofi-Q is Petofi. Petofi-Q asks where Barnabas and Angelique are. He says Barnabas is dead, and Angelique went away with Aristede. Petofi-Q points out that Aristede is missing, too. Petofi-Q sends Count Quentin away, saying he has business with Tate. 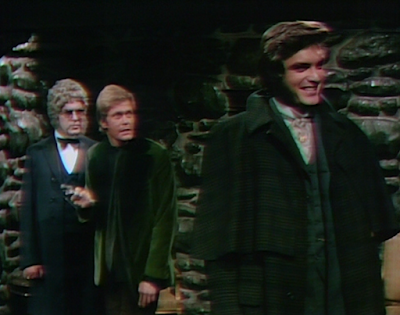 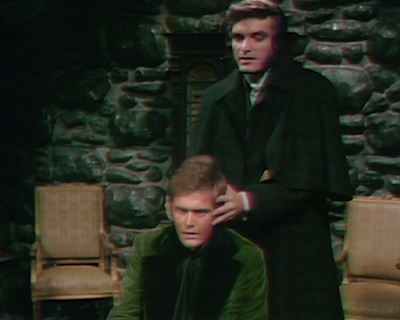 Tate says that he is in the drawing room at Collinwood. The people are different. He describes a little boy and girl, and a woman named Julia, who is holding a newspaper. Petofi-Q asks the date on the newspaper, and he says it's October 28, 1969. Petofi-Q scatters the wands. He says he has found the right hexagram, and he knows the way to the future, and nothing can stop him now. 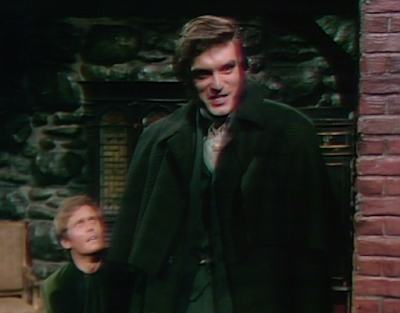 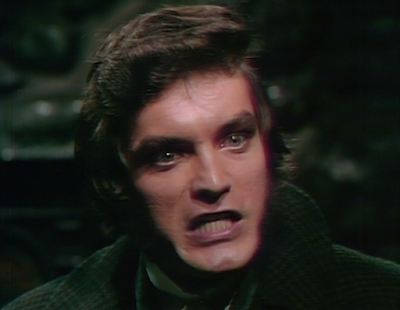 John: When Kitty tells Barnabas that she is his Josette, that makes it sound like she realizes that she's possessing Kitty. Of course Kitty isn't done with her body yet, and Edward is likely going to have something to say about it as well.

Christine: I just don't get why Jeremiah is sticking his ghostly bandaged nose into their affairs. He stole Barnabas' fiancé away while under a love spell, so you'd think he might finally let him have a brief moment of happiness with her, even if it is destined to end in tragedy.

John: I love when Count Quentin asks Angelique how she escaped, and she says that she just did. Good answer, writing team!

Christine: I would have preferred, "I am Angelique. I can do anything." I love how pleased Angelique was with herself for creating Barnabas' doppelgänger. She seemed to be having trouble getting the size of it just right, though. 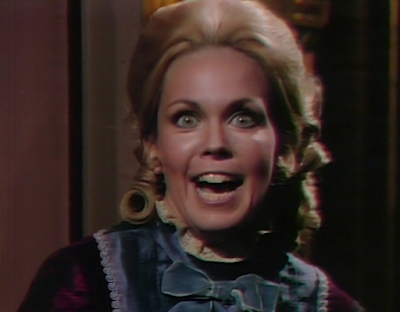 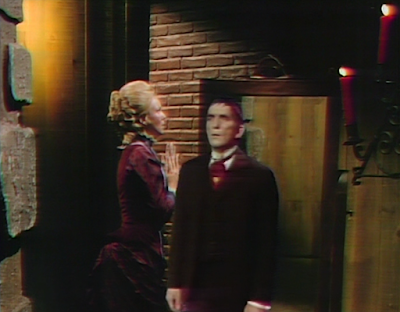 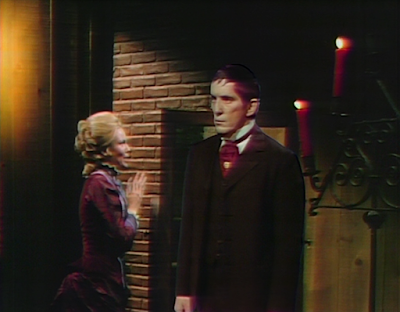 John: So can Petofi just lay out the 49th hexagram, or does the I Ching require that he get the right hexagram through a natural toss? Not quite sure how this game works... but if it's as easy as dialing in the 49th hexagram, what the heck is he waiting for? Whatever the case, everybody put on your 1969 clothes! I think we're getting ready to say goodbye to 1897!

Christine: It would be pretty funny if he had to toss the wands repeatedly to try and get the right hexagram, so we may have a ways to go before we actually get back to 1969. I'd like to acknowledge another fine performance by Roger Davis in today's episode that has him appear to poke himself a little too hard in the eye while gesturing wildly. Both Petofi-Q and Count Quentin got to experience his grabby hands today. 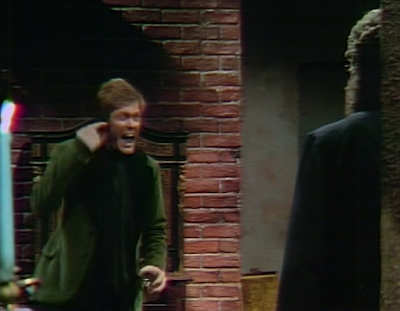 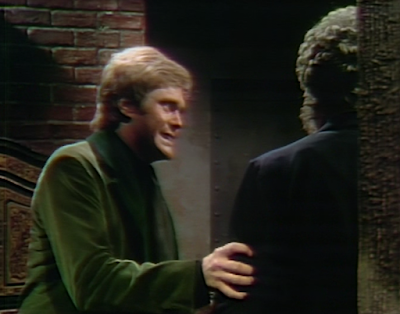 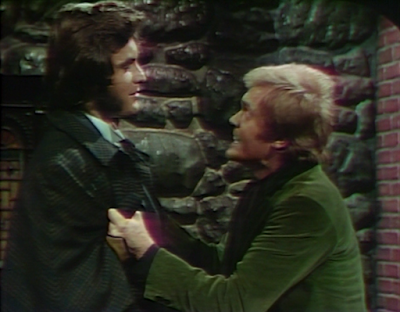 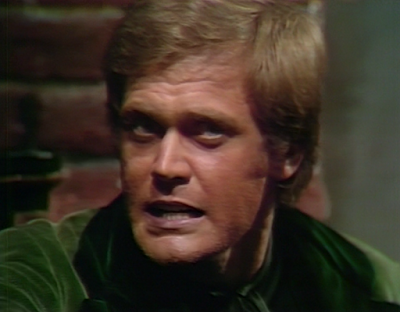 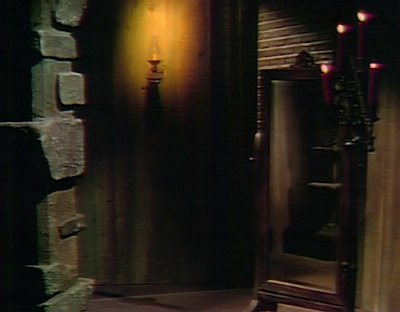