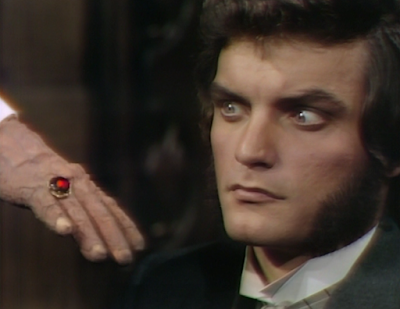 Petofi tells Quentin to look at his hand. He tells Quentin that his ring makes him available to begin a new life. He rubs Quentin's temples. He asks Quentin if he'd like a new life. Petofi puts Quentin into a trance. Petofi leaves, telling him he can wake any time. When he does, Quentin notices he's wearing Petofi's ring. He goes to remove it, but is unable to do so. 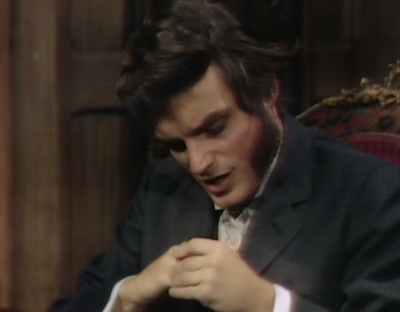 Aristede returns to Petofi's lair. Petofi tells him that tonight will be the most important of their lives. Aristede notices Petofi's ring is gone. Petofi asks what Aristede thinks people will wear in the future. He takes a bottle of wine from Aristede and breaks it, indicating there can be no mistakes tonight. He tells Aristede that he needs him to step in when he hears the word "unknown" during a conversation later. 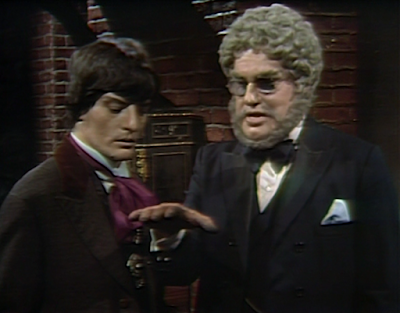 Kitty asks Quentin why she went to the rectory. He says she was looking for Barnabas. She goes to the portrait. She notices the ring Quentin is wearing. She says that her husband wore the exact same ring once. He says it can't be, and she agrees that it wouldn't be possible. He asks her if she knows Petofi. She says she doesn't. 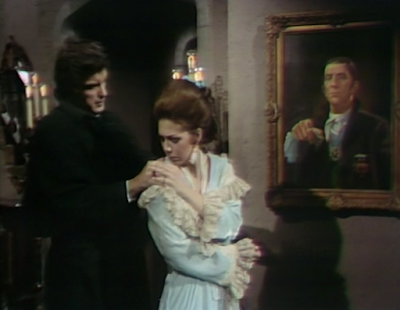 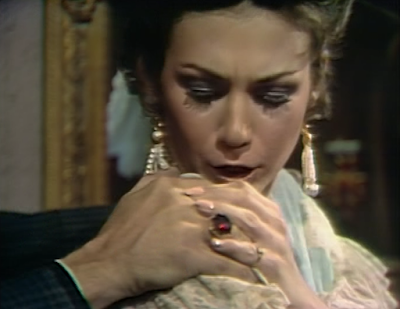 Petofi tells Beth that he will meditate until their visitor comes. He steps out, and she asks Aristede what she's about to see. He says it will amuse her, as it has to do with Quentin. He says if Petofi wanted her to know, he would have told her already. 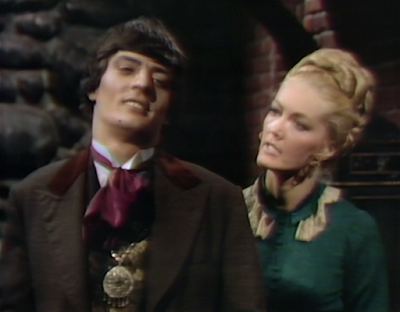 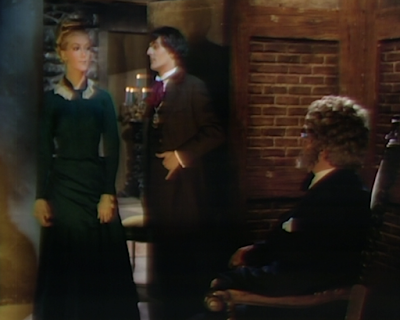 Petofi sits in his chair as Quentin arrives. He asks why Petofi gave him the ring, and he says he won't accept it. He says he can't get it off his finger. Petofi says that's a sign  that he should keep it. Quentin asks if Petofi knows Lady Hampshire. He says she denies knowing Petofi, but he knows she's lying. He's just not sure why he knows. Petofi confirms that they have met. Quentin asks if he's gaining a second sight due to the ring. 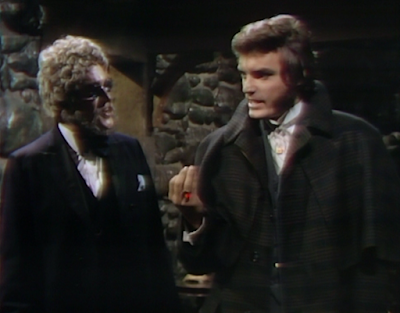 Petofi tells Quentin that he was careless with his portrait. He mentions the unknown, and Aristede enters with the portrait. Quentin says the portrait is changing. He suddenly says that he can't see. Petofi asks if Quentin can see him. He says he sees an outline. Petofi tells him to close his eyes and reopen them. He touches Quentin's face with his hand, and when he opens his eyes, he can see again. 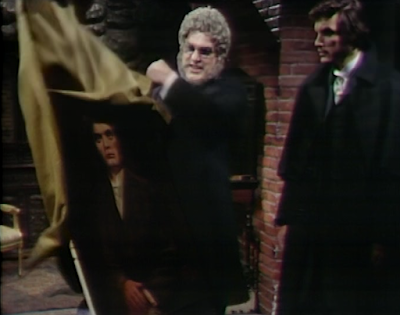 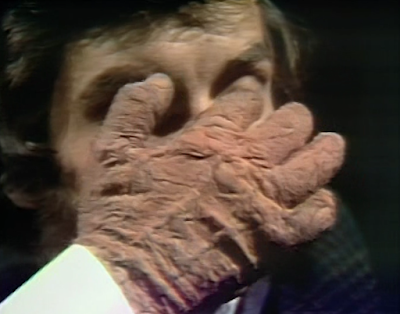 Petofi says he just wanted to show him his powers. He tells Quentin to return to Collinwood to rest. He says that tomorrow, everything will be very different. After Quentin leaves, Petofi calls for Aristede. He says nothing can stop him now. 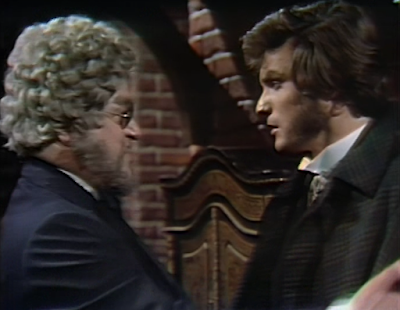 Kitty is in the drawing room when Quentin returns. She offers him a drink. He asks what she's really doing in Collinwood. He says Gerald Soames died penniless. He says she has come to marry Edward to get access to his money. She slaps him. He asks why she hit him. She says if he doesn't remember, then neither does she. 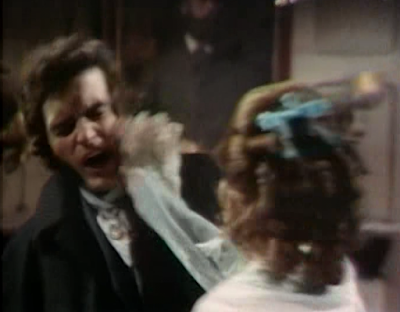 Petofi tells Beth and Aristede that the most important part of his plan is coming soon. Aristede says he will ensure that Petofi is not disturbed.

Alone in a room in his lair, Petofi begins an incantation. 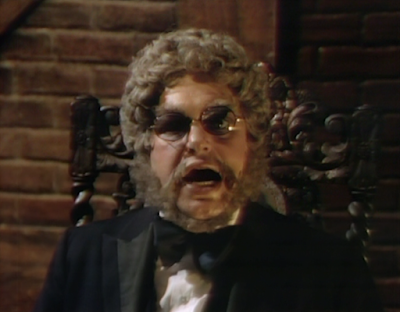 John: I meant to ask yesterday, but when did Barnabas' portrait get re-hung in the foyer? I recall Edward had it removed out of embarrassment, but now that Kitty/Josette needs the occasional refresher, it's back up. Or did Edward not really take it down, and it's movement was just part of the standard Collinwood portrait musical chairs you've been tracking?

Christine: Edward asked in yesterday's episode where she got it, so apparently Kitty found it somewhere and hung it back up. If Edward didn't know where she got it, then he must have disposed of it and it magically turned up the same way the music box, flowers and book of poetry did.

John: Kitty doesn't know Petofi, but she can pronounce his name better than Quentin can... Oops!

Christine: You say Pe-toe-fee, I say Pe-toffee, let's call the whole thing off. So, am I understanding correctly that Gerald Soames had the Petofi ring before Petofi? What was that guy into, and how did he really die?

John: I'm anxious to see how Petofi's plan unfolds. He clearly expects to travel to the future, but how he is going to do that remains a mystery.

Christine: I think the degradation of Quentin's portrait is an indication that he has been corrupted by Petofi. Perhaps Quentin is the vehicle for Petofi's time travel. 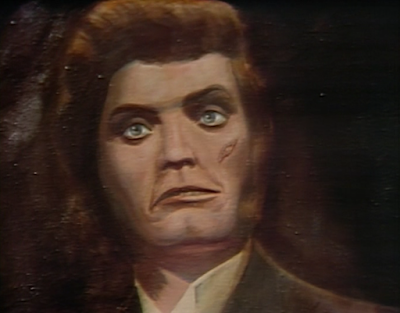 Down for the Count:
Barnabas was staked in his coffin 9 episodes ago.
Posted by John Scoleri at 6:00 AM