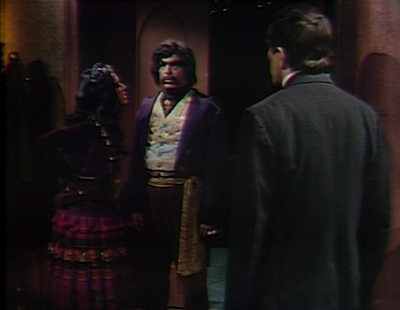 Barnabas and Magda hear three knocks on the door of the old house. Magda tells Barnabas that it's too late to do anything, and she cannot run away from her fate. She goes to the door and opens it. Sandor stands in the doorway. She berates him, saying he found another woman. He stumbles into the old house. She asks him what bad things he's been doing. Sandor says he saw Julianka. She asks what happened. Sandor falls to the ground with a knife in his back. Barnabas says that Sandor is cold and has been dead for a long time. 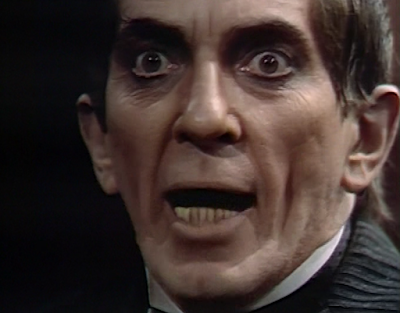 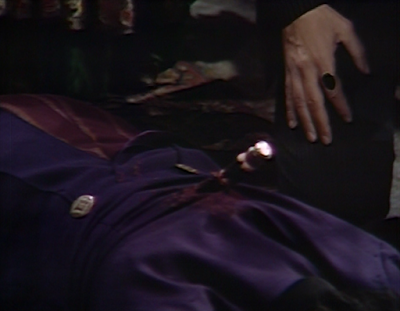 Quentin drinks as he listens to his theme in the drawing room.

Victor arranges a meeting with someone on the phone. He then enters the drawing room and says the music made him think he would find a lovesick lady. Quentin asks him if he's ever had his fortune told, and Victor tells him not to listen to gypsies. He asks if the gypsy is still living at the old house. 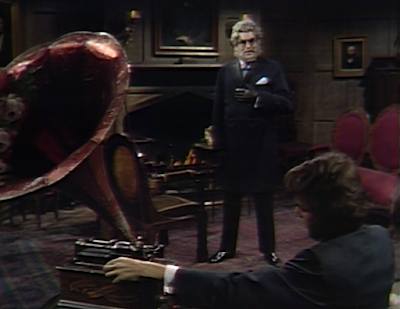 Magda and Barnabas stand over Sandor's grave. She says that one day she'll kill him as he sleeps in his coffin for what he did to Sandor. She offers up her neck to him, and he tells her that she will not kill him, nor will he bite her. 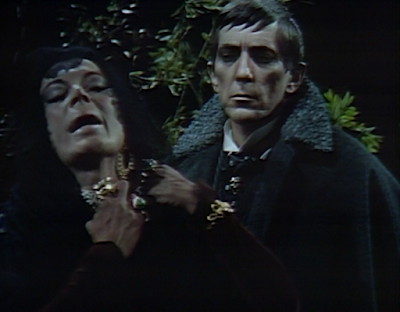 Quentin stands in the garden with a pistol. He hears someone calling for Aristede. He sees Victor and Aristede talking, but can't hear what they're saying. Aristede appears to be upset. 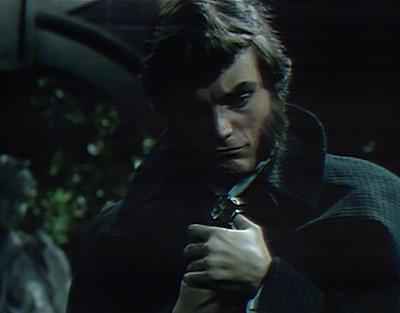 Aristede says that the fact that Victor killed Julianka has nothing to do with him. He asks why Victor didn't get the hand from her. He then apologizes to Victor. Victor threatens Aristede with mangle-face, which he describes as a gift from the unicorn. Aristede says he can't talk to Quentin, as he'll kill him, and Victor suggests that may be what he has in mind. 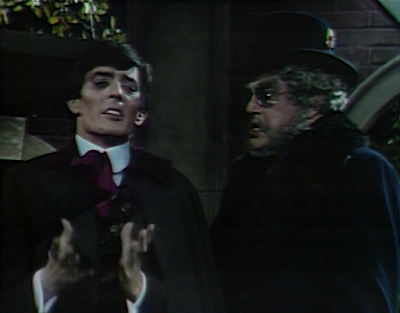 Magda says she cannot live without love, and whoever she loves must die. He tells her the same is true of him. She says she loves Quentin's son, and she must protect him. Barnabas tells her it can wait until morning, and she says she must do it tonight. 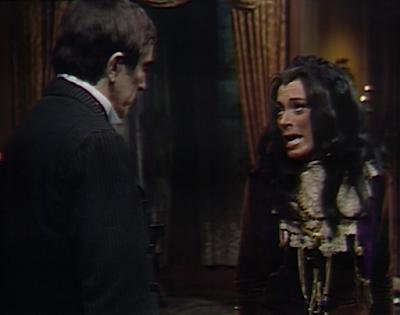 Aristede says he wants to get out alive. Victor says he will, if he speaks to Quentin. Victor tells him to go, and contact him when he feels more positive. 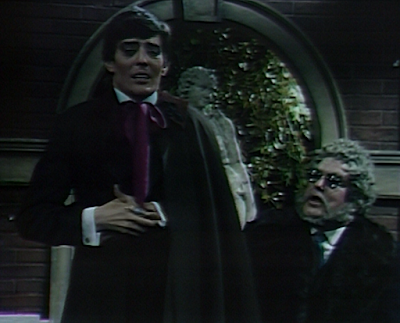 He leaves, and Quentin sneaks up on Victor. He puts his gun to Victor's head and asks him about Aristede, asking if he put him up to killing him. He lets Victor go, and Victor asks if Aristede really tried to kill him. Quentin says Victor knows Aristede very well. Victor plays dumb, and Quentin puts the gun under his chin. Victor says he doesn't really know Aristede, but Quentin doesn't buy it. Victor suggests they go inside and call the police. Quentin says he'll deal with it himself. 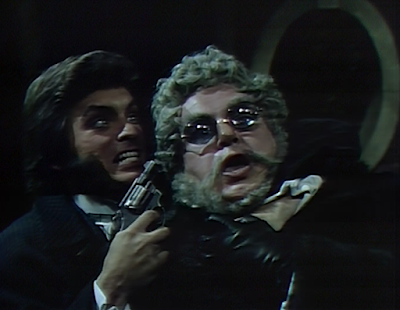 Quentin tells Barnabas there's a connection between Victor and Aristede, but they don't know what it is. Magda enters, and Quentin expresses his condolences about Sandor. She says no one else will die. Quentin asks what she means. She tells him that his son is dead. Barnabas resigns himself to the fact that it has happened. Quentin says he doesn't have a son, and Barnabas explains that Jenny had kids after Quentin left. He asks how his son died, and Magda says it was Julianka's curse. His caretaker heard a scream, and when she ran to his bed, he was dead. Cold, as if he had been dead for some time. Quentin asks about his daughter, and Magda says she's fine. Barnabas says she must stay alive if Chris Jennings is to stay alive in the future. Magda says she swears she'll fix them good. Quentin says there's no more fixing, and walks out. 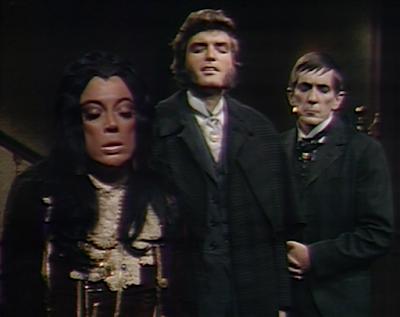 Barnabas asks if she'll be alright. She tells him to do what he has to do, and she will do the same. He tells her to hide the hand, as Aristede is still looking for it. A rooster crows, and Barnabas heads down to the basement. Magda grabs an axe, takes the hand of Petofi, and says it won't cause any more trouble. She raises the axe to strike. 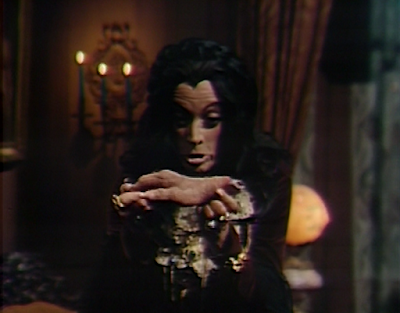 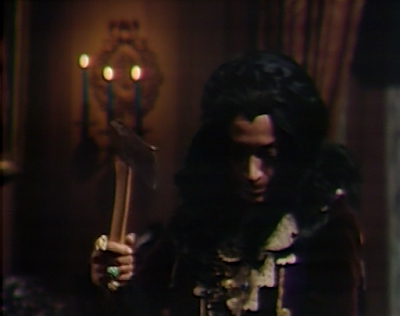 John: I guess I got my answer to whether Thayer David would be playing two roles simultaneously in 1897. Just for one episode! 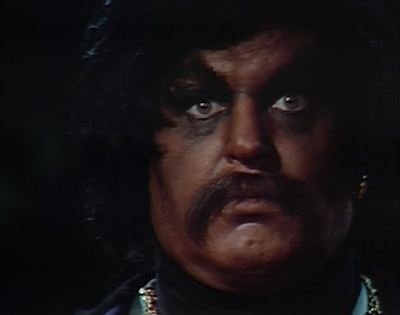 Christine: Poor Sandor had to die immediately before opening credits so he could have enough time to wash off all his makeup and change himself into Victor for the next scene. Quite impressive! 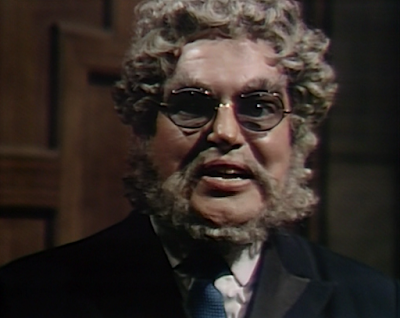 John: Did we have a new burial speed record? We never saw Julianka buried, but it sure seems like Sandor was under ground faster than anyone else in quite some time. Poor Sandor will be missed! How will Magda go on? 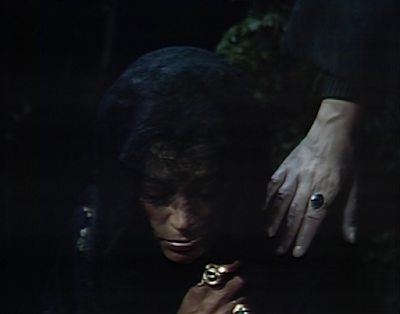 Christine: Sandor has been gone since Episode 750 and nobody ever asked about where he was, which just goes to show he wasn't really appreciated until he was truly gone. Barnabas said Quentin's daughter needs to be alright for Chris Jennings to be alright in the future. So, does that mean Quentin is Chris, Amy, and Tom's grandpa? What a sad way for Quentin to find out he's a dad. I wonder if he'll try to reclaim his daughter or if he'll assume she's better off without him.

John: Boy, in Victor's presence, Aristede is a completely different character than we've seen to date. By the time Victor was through with him today, I was ready for him to whine about not getting to go into Tosche Station to pick up power converters...

Christine: I loved the way Aristede pantomimed his conversation with Victor. It may have been more believable if both Victor and Aristede were not heard on separate occasions from Quentin's vantage point, which made the whole thing seem quite comical. 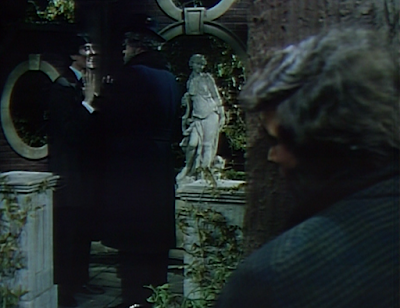