Edward returns to Collinwood to find Quentin drinking in the drawing room. He asks what happened, and Quentin tells him Jamison is possessed by Count Petofi. Quentin explains that Victor is not what he seems, and is a threat to all the Collins' family members. Edward refuses to listen to him. Quentin reminds him that he's dangerous to Edward's son. Jamison enters and says good morning to his father, referring to him as Mr. Collins. Jamison tells him that before the day is through, he will know more about many things, including the truth about himself. 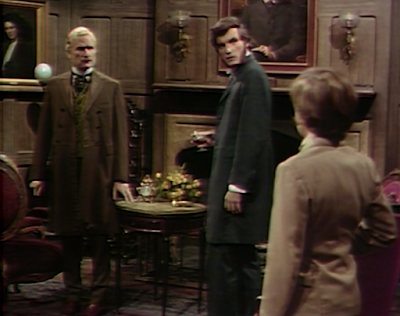 Quentin tells Edward that he told him so. Jamison asks for a brandy, and Edward tells him he's not falling for the game he's playing with his uncle. Quentin tells him the boy is possessed. Jamison says he'll go up and rest before dinner. Edward tells him to stay. He says if he must stay, he's going to have a brandy. Edward refuses. He picks up the phone and calls the doctor. Beth comes in and Edward asks her to take Jamison upstairs and stay with him. Jamison says that will be most pleasurable before dinner, and he accompanies Beth upstairs. 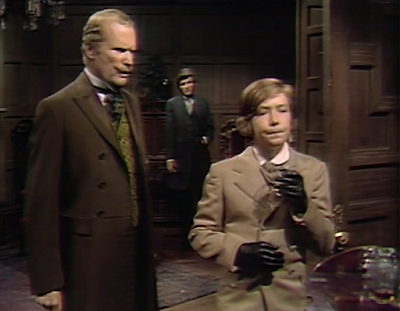 Edward tells Quentin to stop meddling in his son's life. Quentin asks him about Jenny, and blames him for meddling to protect the family name. Quentin asks Edward about his children, and why he didn't tell him about them. He says he found out yesterday that his son is dead. Edward is shocked. He apologizes to Quentin, but Quentin continues to harp on him. Edward says he provided for Quentin's children. 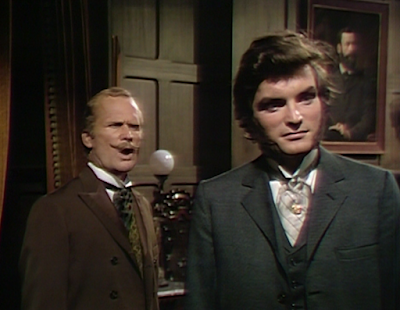 Beth and Jamison play cards. She suggests he take his gloves off, and he tells her there's a reason he's wearing them. She asks him what he wants, and he says he wants people to like him. She adds that he likes to be noticed, and he pretends, and frightens them. He tells her he's not pretending, and he really likes her. 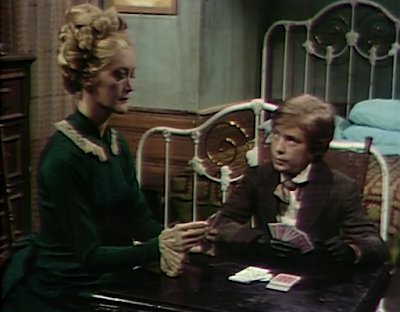 He kisses her on the cheek, and asks her if there's something she'd like to do. She tells him to lie down and nap. He tells her to go to the window and see if 'he's' calling her. There's a knock at the door and Edward enters. He checks Jamison's forehead and says it's warm. He tells Beth to close the window, and she says that she's waiting for her master, Barnabas Collins, to call on her. 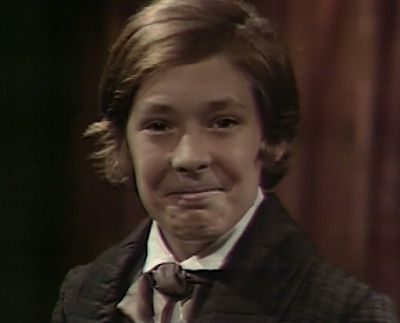 Quentin practices a spell to exorcise Jamison. Jamison asks him for a drink. Edward comes in and tells Quentin to leave the boy alone. He sends Jamison upstairs. Edward takes out a gun and loads it with silver bullets. Quentin tells him to put the gun away. He asks Edward what he plans to do with it. He says he's preparing to destroy Barnabas Collins. He says Barnabas has Beth under his control. Quentin runs upstairs to find Beth. 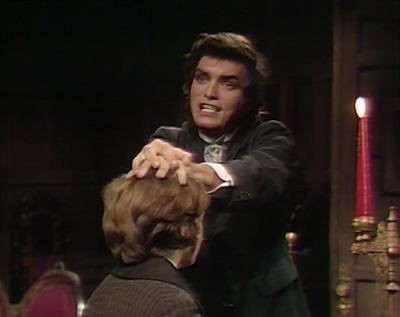 Quentin pounds on the door to Beth's room. He enters and finds her in bed, asleep. He tells her he knows what she's doing and she can't deny it. She says she won't deny anything, and says she must go to him. She leaves. Edward comes in and asks how he let her get away. Quentin says he has business with Barnabas, and runs out. 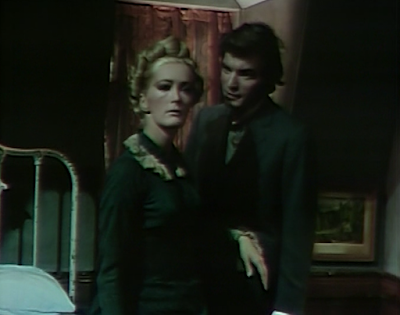 Beth visits Barnabas, saying she had to see him. Quentin comes in and  tells Barnabas to leave her alone. Barnabas says it was true that he and Beth were closer. He explains that he despises himself for what he has done. He does say that he didn't call Beth. 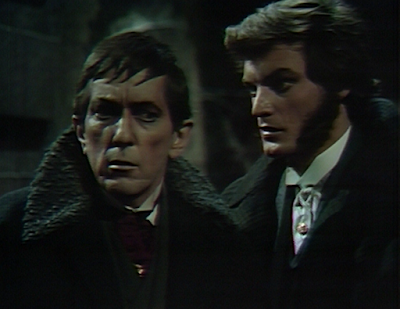 Jamison is in the drawing room when Edward enters. He says the doctor said that Jamison is fine. Jamison says the doctor didn't even notice that he only has one hand. Edward tells him to take his gloves off, and when he refuses, he accidentally removes Jamison's hand. He assures Jamison that he'll be alright. Jamison says he loves his father, and kisses him on the cheek. Jamison goes upstairs. 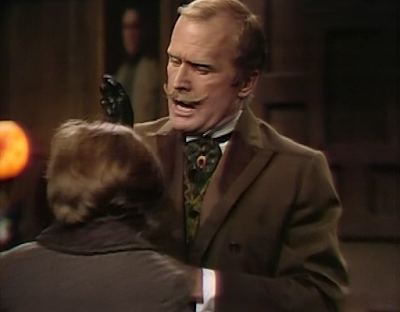 Quentin comes in and finds Edward speaking like a stranger. 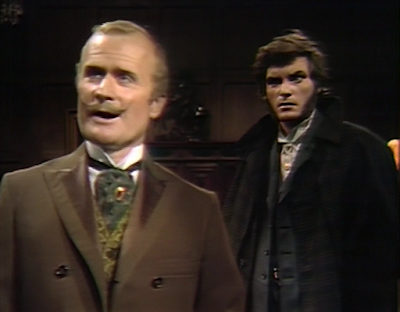 John: Looks like there's a kissing bandit loose in Collinwood! And everyone he kisses turns into a disciple of Count Petofi, as far as we can tell.

Christine: I'm not sure I understand the kissing power of mini-Petofi, or how it leaves the recipients stupefied. I wonder if it will wear off or if they will have to be released from the spell by other means.

John: I love how Beth leaves the room right before Edward enters, and rather than going right after her while they still can, he takes the time to berate Quentin.

Christine: They had to give her time to reach Barnabas. How is it that Petofi knew about Barnabas' past control over Beth?

John: What form of possession would cause one's hand to dispapear?

Christine: That is quite a stretch. Where did he get the child-sized prosthetic hand? He obviously has a better model than Petofi since he was able to hold a card hand pretty well with it, though it makes me wonder why he's not wearing coke bottle glasses as well. I can forgive the ludicrousness because it was so funny the way he grabbed his hand back after stunning Edward with a smooch on the cheek. All of the actors seem to be having a lot of fun, so it's hard not to enjoy it, even if it is a bit silly. 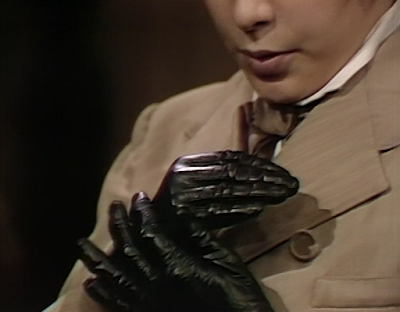 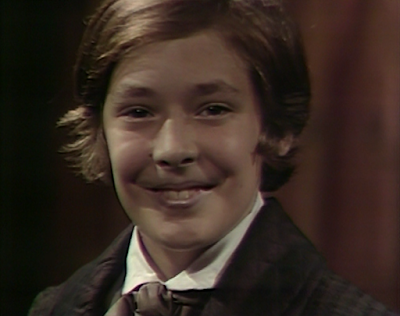