Victor apologizes to Magda for Aristede's behavior. He pours her a drink, and she notices his cufflink matches the mark on Julianka's forehead. Victor starts to walk away, and Quentin grapples with him, ultimately pulling his right hand off. Magda realizes that Victor is in fact Count Petofi. Quentin hands him back his fake hand. Magda says he's a demon from hell. Victor asks if he was Count Petofi, would he be ashamed of it. Magda tells Quentin that he was a werewolf, and 100 years ago they cut off his hand as payment for curing him. Victor says Petofi is the only one who owned a unicorn. He then says it was killed by a wolf. Quentin stops him. He says werewolves don't remember what happened to them. Victor introduces himself to Quentin as Count Petofi. 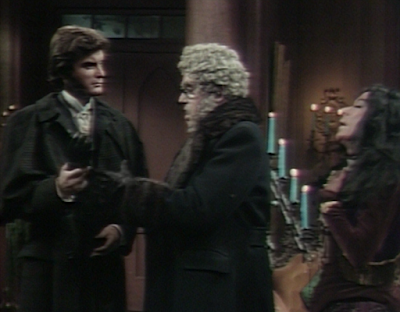 Magda says Petofi is dead. Quentin says he's seen ghosts before. Petofi picks up a letter opener and cuts his face, asking if ghosts bleed. Victor says that all they need to know is that he's determined to have the Hand. Magda explains that they don't have the Hand, and he gives them until morning to get it. 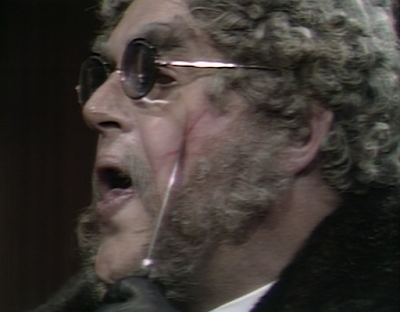 Quentin picks up the letter opener and prevents him from leaving. He says if he's human, that also means he can die. He demands to know how he was cured. Victor asks Magda if he should hypnotize Quentin. Magda tells Quentin to let him go. Petofi slaps the letter opener out of Quentin's hand. He tells Quentin that to get something, he must pay the price. He holds up his hand and says he paid his price, and Quentin must pay his. 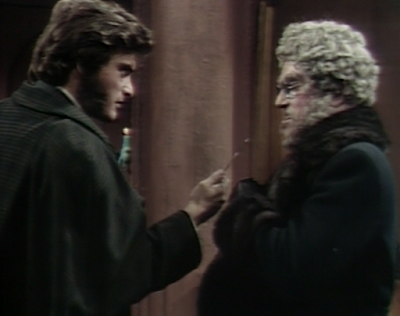 Petofi leaves, and Magda says they must get the Hand. Quentin suggests that they could fight him. Magda says Evan has books about Petofi. Quentin reminds her that he's not friends with Evan anymore. Magda warns him not to do anything foolish, and he runs off to do something foolish. 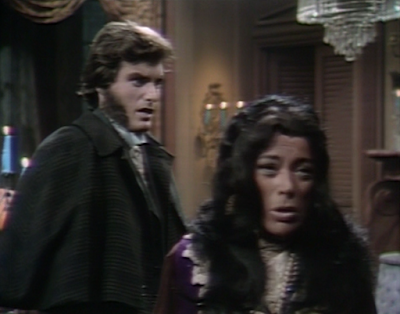 Evan is freaking out, continually thinking he's seeing the Hand in his house. He is startled by a knock at the door, until he hears Quentin's voice. He lets him in and is very cordial. Evan's eyes dart around his house. Quentin asks what he sees. Evan asks if he can see it, and Quentin says there's nothing there. Evan suggests that they go out, and Quentin says he came for Evan's help with the Hand of Petofi. He says he wants his books on the subject. Evan says he tried to tell him, and Quentin asks who he tried to tell. Evan is afraid the Hand will be used against him. Quentin threatens to kill him if he doesn't tell him. Evan says that Tim has the Hand. Evan tells him to never come to him about the Hand again. 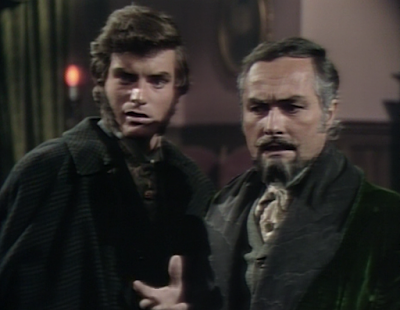 Magda tries to see the future in a crystal ball. Quentin comes in and tells her that Tim has the Hand. He says that he left on the evening train, and no one knows where he went. 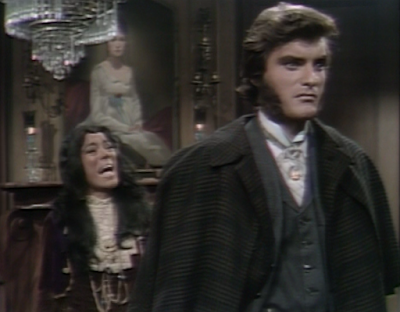 Victor comes downstairs and runs into Jamison. Jamison asks where he's going. Victor asks him if he has ever run away, and says that in a sense, he is. Victor asks Jamison to kiss him goodbye. He kisses him on the cheek. 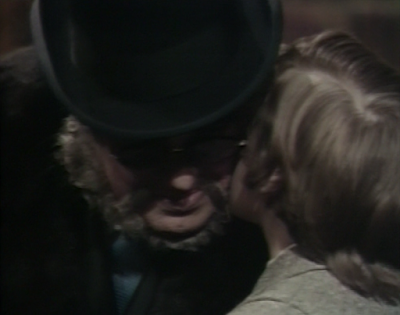 Magda and Quentin arrive, and Victor tells Jamison they have come to say goodbye, and sends him upstairs. He tells them he's going to leave for a while, but will give them more time to find his hand. He says he's leaving them with a present they won't like at first, but will appreciate in time. He says he'll be back in a little while, perhaps after they have the Hand, and he will undo some of the mischief he has started. He adds that he will be watching them, even though they won't see him. 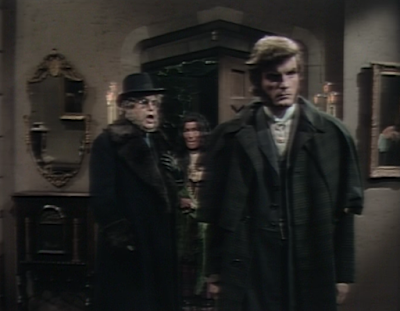 Quentin says he's lying, and Magda tells him that it takes powers to live as long as he has. From upstairs, Jamison interrupts them. Quentin tells Jamison to come downstairs, and Jamison refers to himself in the third person. He turns to Magda. Jamison asks why they're staring at his gloves. Magda says that he is possessed. 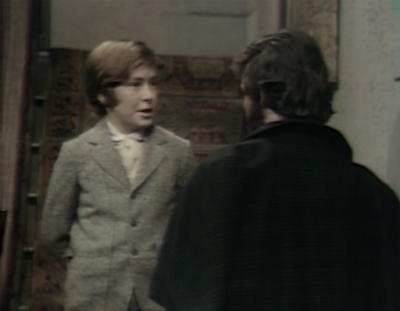 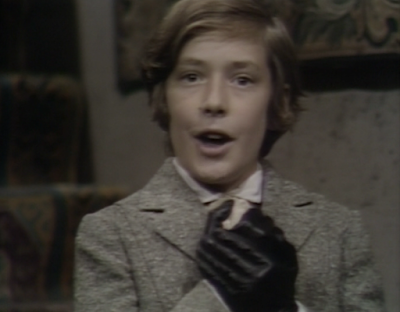 John: Curious why Count Petofi, this all-powerful warlock, would be so coy about his identity, particularly once it was pretty clear who he was. I do think it was awfully polite of Quentin to give him his fake hand back. And I'm sure the prop and wardrobe folks were thankful, too. How often do you think they'd make a blunder having Thayer David have to pretend one of his hands was missing? 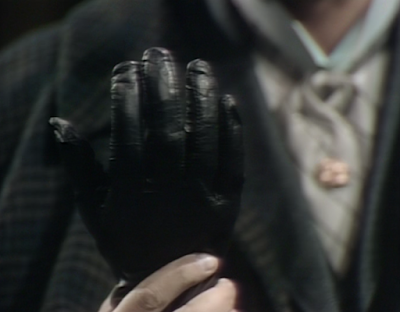 Christine: If you go back and review episodes he appeared in, you may notice that he was very careful not to use that hand. In Episode 794, when Aristede says he must get the Hand back from Angelique, Petofi makes a point of slapping his right hand down on the table while exclaiming, "I must get it!" The clues were being laid out that he was Petofi all along, with his gloved hands, his hatred for gypsies, and his ability to tame werewolf Quentin.


John: Nice to see Evan so skittish for a change, but isn't it strange that an occult object would have such an effect on a devotee of the black arts?

Christine: I think his extreme anxiety was due to the fact that Tim knew he had hypnotized him to murder Minerva Trask and might use the Hand against him to make him pay for it.

John: Stranger danger! I don't think I've ever see Jamison kiss his father, and here this strange old geezer convinces him to kiss him at the drop of a hat? Forget the risk of possession - that's plain creepy right on the surface.

Christine: I think we can see now where Quentin's ghost got the idea to possess David, though he did it without requiring a kiss, which may indicate that Petofi only asked him to do it for gross, pervy reasons.  Where do you suppose Jamison got the gloves? 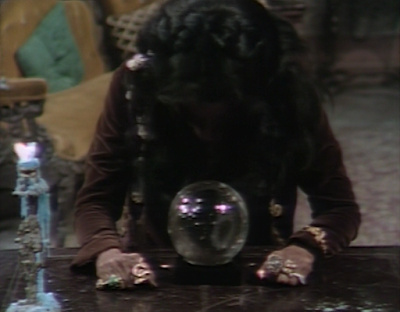