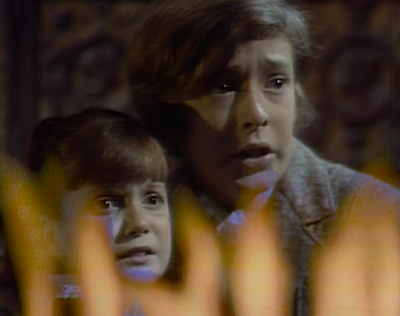 Nora and Jamison are trapped inside the burning room. Edward and Barnabas try to get into the room but the door is bolted from the inside. Barnabas sends Edward to get an axe, and then he himself disappears. 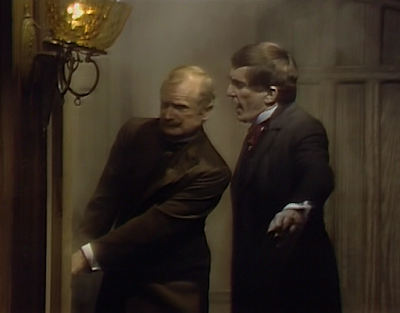 Edward returns to the door and Barnabas is nowhere to be found.

Barnabas appears in the room with the kids. He tells them to stand back as he prepares to walk through the flames to the door, but the fire suddenly goes away. Jamison asks what he did, and he says he didn't do anything. He unbolts the door and lets Edward in. He asks what happened to the fire and Barnabas says it went out on its own. Edward asks Barnabas where Laura is. The kids say they saw her in the flames, but Jamison says it wasn't her—that it was someone very old. 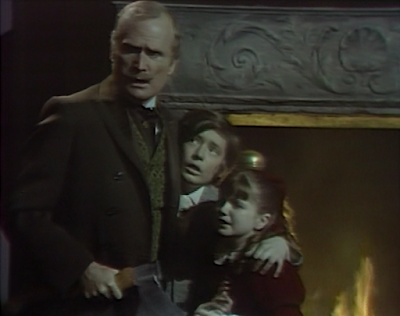 Quentin appears at the home of Evan Hanley in the middle of the night, drunk. Quentin asks him to turn on the lights. He does, and Evan asks what he wants. Quentin says he needs help, and Evan is the only one who understands. He says there must be some way to end the curse. Evan says he tried twice and failed. Quentin tells him that in two nights there will be another full moon. Quentin describes the pain before the change, and the guilt that comes after. He admits to killing a woman the last time. 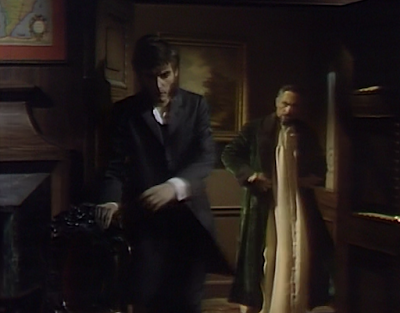 Evan says he sympathizes, but he doesn't have a solution. Quentin asks him to use his understanding of the supernatural and powers of the black arts. Evan says that the only one who can remove the curse is the gypsy, and they must try to persuade her. Quentin says they won't be able to do that. Evan tells Quentin that he'll try to help him. 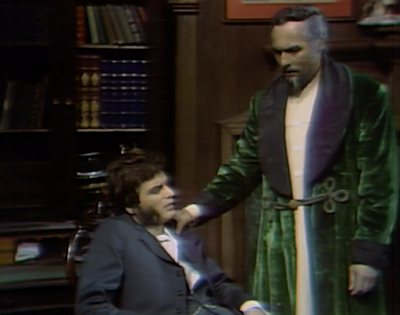 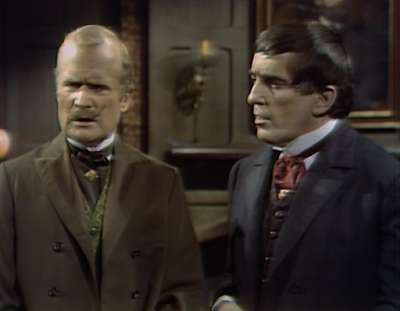 Jamison comes downstairs and goes into the drawing room. He sits on a couch in the dark.

Quentin returns with Evan Hanley, and Jamison runs out to find them. He asks Quentin if they can become good friends again. He apologizes for the things he said to Quentin. Quentin asks him if something happened tonight, and Jamison explains that his mother is dead. He says there was a fire in the East Wing and she was trapped in it. Jamison says he doesn't want Quentin to go away. Jamison goes up to bed. Evan tells Quentin that he may have come up with a way of solving his problem. He says that the two of them are not amateurs when practicing in the black arts. He says they should try to summon the Devil himself. Quentin doubts the Devil will answer their call. Evan says there will be a price—and not his, the Devil's. Quentin says he'll pay any price to be rid of the curse, including selling his soul if he has to. Evan acknowledges that he may have to. 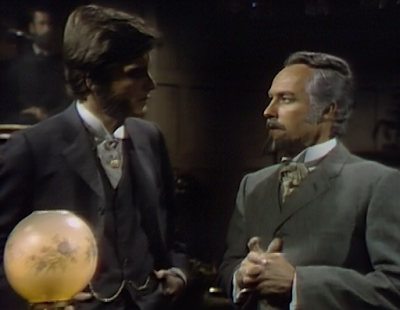 Nora is in the drawing room when Edward comes in. He asks her why she's alone, and she says that she and Jamison wanted to be alone after what happened last night. Edward asks if she's been thinking of her mother. She says she has. He tells her that she must accept that her mother is gone, and won't be coming back. He suggests that she just forget the events of last night. She goes upstairs, and there's a call from Trask. Edward refers Trask to Evan to discuss the lease. Quentin returns home, and Edward calls him into the drawing room. He says that he thinks they all should try to come together as a family again. Quentin asks what brought this on, and Edward says that what happened last night to Laura was abnormal, and he wants to ensure they never experience something like that again. Quentin says he's also interested in the natural order of things. 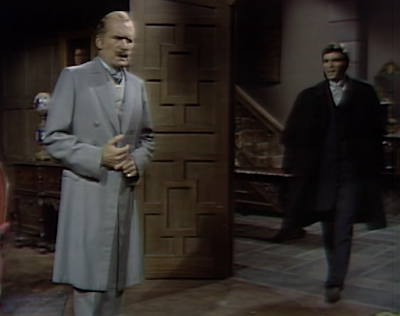 Evan lights black candles and dons a black robe. Quentin sits in a chair, drunk. He says that he doubts the Devil will be bothered. Quentin reminds him that he's the one who has to pay the price. The clock strikes midnight, and they begin. Evan raises his arms and attempts to conjure the prince of fire. He calls for the Prince of Darkness, and the doors swing open. He asks Satan to appear before them. A figure stands in the doorway, and Quentin collapses. 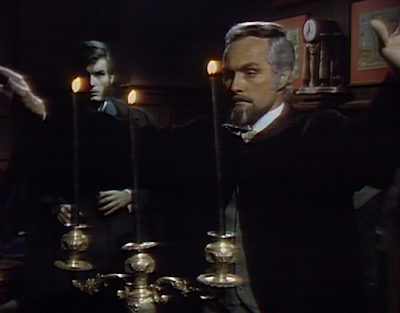 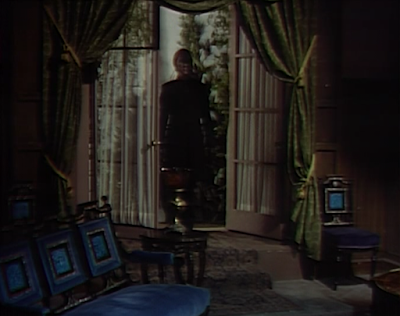 John: Barnabas manages to weasel his way out of admitting his own supernatural powers. Of course, Edward doesn't even question Barnabas' ridiculous claim of getting into the room by way of open windows and a ledge between them. I know he claims familiarity with Collinwood, but knowing about a ledge between windows?

Christine: Edward has difficulty believing in the supernatural, even after being confronted with it face to face, so it may be easier for him to believe any semi-plausible explanation that would help him deny that possibility.

John: The last time Quentin begged Evan for help, it seemed like his 'friend' was only motivated by money, and not any particular desire to help. Today, that seems to have changed, with Evan succumbing to Quentin's emotional pleas. And while he refers to the price, he points out that the Devil's price may be higher. And he has to realize that by bringing Satan himself into the deal, there's probably a good chance that he'll never see payment for his efforts.

Christine: Evan may be hoping to curry favor with his master by delivering Quentin's soul to him.

John: I'm curious who appeared in the window... if that's Satan, he doesn't look like I had expected. I actually thought it looked like a woman in a suit, so I'm anxious to see the Devil. And I can't help but be a bit disappointed that it's not our old pal Diabolos!

Christine: It looks like Beth to me, so you may be in for a big let down. I wonder if Evan is looking to get his own office in hell like Diabolos.