Beth searches the woods for Jamison with a drawn pistol. She hears a noise, but doesn't see the werewolf perched on a rock. It growls, and she points the gun at it. She calls him Quentin, and he jumps down and attacks her. Edward and Barnabas are nearby. When they arrive, Barnabas clubs the werewolf with his cane several times before he runs off. Edward is checking on Beth, and Barnabas asks if they've seen the creature before. Beth tells them that Jamison is in the woods. Edward says he's in school and Beth says he's not. Edward pleads for Barnabas to help him with Beth. After they leave, the werewolf climbs back onto the large rock. 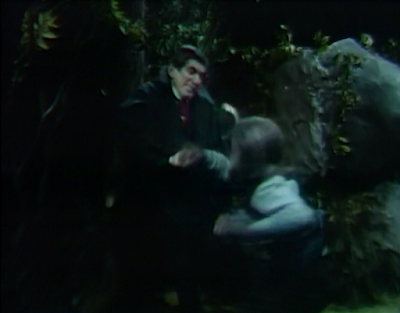 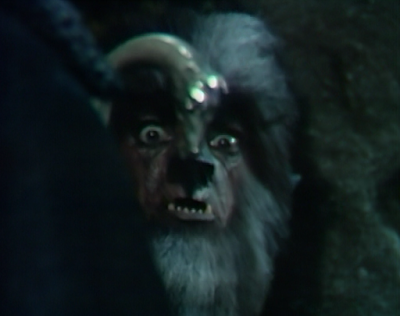 Jamison arrives at the cottage. Laura comes out and is happy to see him. She says she's been thinking of him. He begs her not to make him go back to the school, and also to make up with his father. She says he won't consider that. Jamison says he won't let her stay with her, or even at Collinwood. Laura offers to take him away with her. He asks if he'd be able to return to Collinwood to visit. Laura tells him Quentin won't be in Collinwood much longer. She reminds him that Quentin was terrible to her. She offers him a whole different world; a world where there's no time. Jamison is confused by her. She tries to walk back her crazy talk. 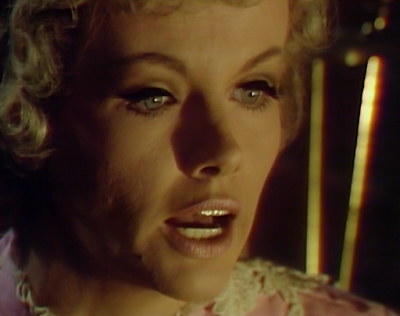 Jamison says wherever she's talking about must be very far away. She tells him it's a place for special people. He asks the name of the place, and she says she'll tell him if he promises to come with her. He tells her he doesn't want her to go. She says she has to go, but it will be she, he and Nora. She tells him to say yes and they'll leave tonight. He agrees, and she says he'll learn so much so quickly, it will be worth what they have to go through. 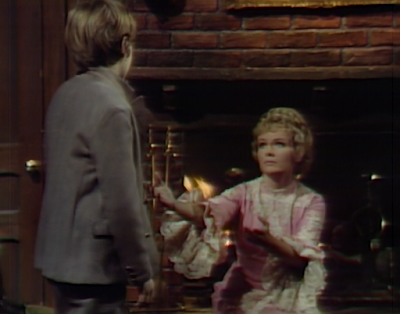 Edward loads his gun. Barnabas enters and says that Beth doesn't need a doctor. Edward comments on the fact that the animal was wearing clothes, and ran like a man. Barnabas tells him that his bullets will not kill the creature. Barnabas suggests Jamison might have run to his mother. Edward offers Barnabas his gun, and tells him he'll meet him at the house later. After Edward leaves, Barnabas realizes he needs silver bullets. He thinks that the werewolf in the past must be related to Chris Jennings in the future. He picks up a pistol from the table. 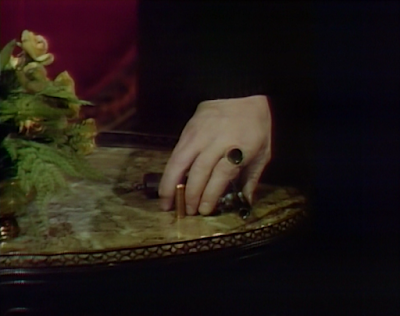 Laura calls Nora. There's a knock at the door and she hears Edward's voice. She lets him in, and he asks if Jamison is there. She denies it. He explains there's an animal in the woods that attacked Beth. She tells him to get out and find Jamison. He tells her that if she's lying, she has done so it convincingly. He leaves and she resumes her calls to Nora. She says that she and Jamison are going away, and she beckons her to join them. 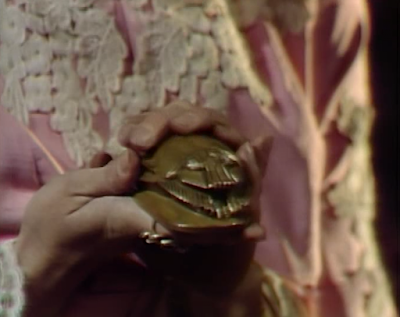 Beth hears a wolf outside from the drawing room. Barnabas returns to Collinwood, and Beth asks if he saw the animal, and Barnabas points out that he's surprised her first thoughts were not of Jamison. He asks about Quentin, and Beth makes up a story about his being in town. Edward appears and says Jamison has disappeared. He calls the police. Barnabas tells Beth that she must tell Quentin to find Barnabas when she sees him. He says they must deal with Laura now. 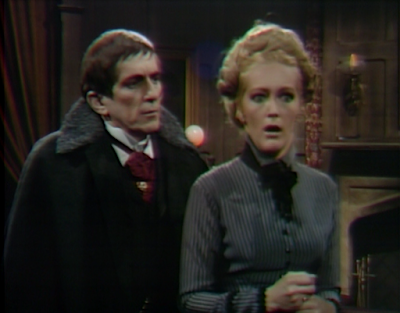 Laura continues to call to Nora when Jamison comes into the room. He complains of a high temperature. She says that nothing will stop them from leaving. He asks if she knows what's making him sick, and she confirms that she does. She tells him to get some sleep. 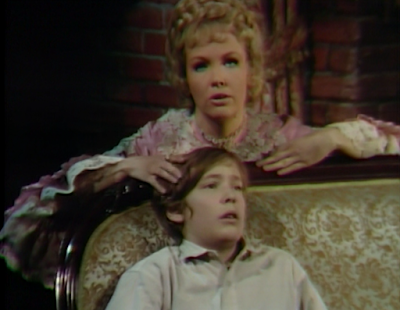 A bat appears outside the cottage window, and Barnabas then materializes inside. He hears Jamison speaking to his mother in the other room. He sees her scarab by the fireplace and picks it up. Laura comes out of the bedroom and asks what he's doing. He offers to trade her the scarab for Jamison. She takes it from him, and denies Jamison is there. He says he knows Jamison is there, and wants to take him with him. He tells Laura he knows what she is. 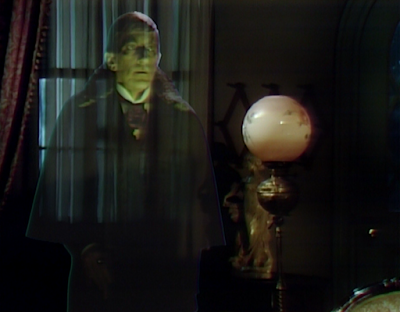 She claims he's just a distant relative, and won't get her son. He steps towards her and she raises her hand. Barnabas writhes. She lowers her hand and asks if he's convinced. 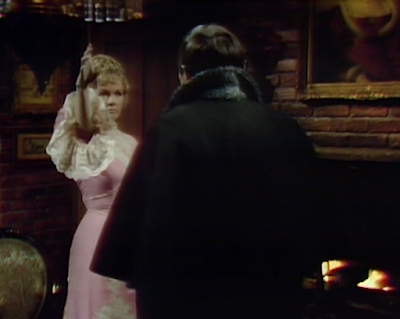 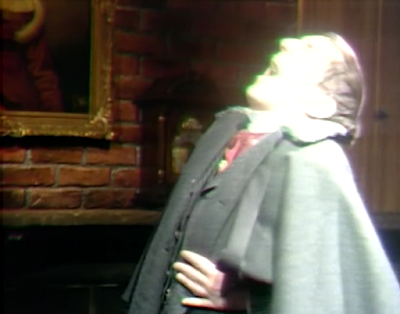 Jamison comes out and sees Barnabas, but thinking he's Quentin, having come to say goodbye. Barnabas says he needs a doctor, and grabs him. He warns Laura that while he knows her tricks, she does not know his. They leave, and she tells him that before this night is over, he will pay. 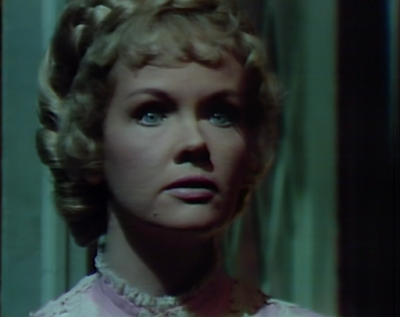 John: It's been quite a while since Barnabas gave someone the ol' Willie Beat-Down with that magic cane of his...

Christine: I was surprised it took so many hits.

John: Nice to see Barnabas go up against Laura, and successfully pry Jamison away. I thought for sure once she established some power over Barnabas, she would get her way. Especially after he blew the whole Scarab-for-Jamison plan.

Christine: I was really hoping he was going to latch onto her throat. It would have been interesting to find out if he'd absorb some of the powers of the Phoenix from her blood.

John: I'm really hoping that we're building towards a monster rally in which the vampire and werewolf will team up to fight the phoenix! Perhaps even with the help of Collinwood's resident witch!

Christine: It's hard to say which side Angelique would be on. On one hand, I think she'd team up with Laura to make Barnabas suffer. On the other hand, I think she'd rather have the pleasure of torturing Barnabas all to herself and may prefer not to have supernatural competition that could potentially interfere with her plans. 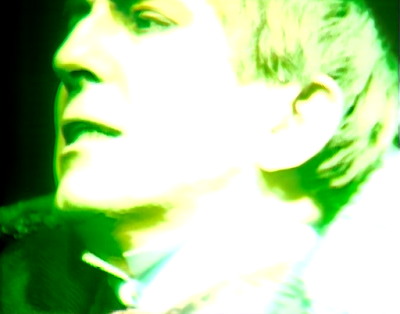